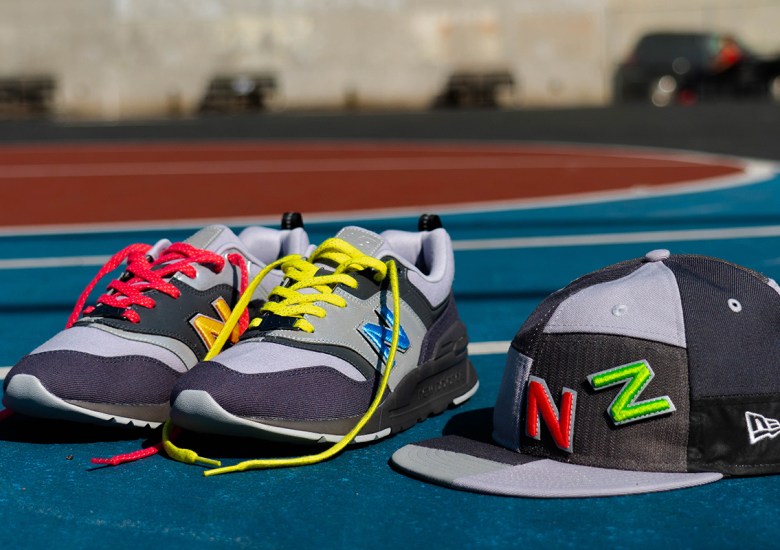 Few things are more quintessentially “sneakerhead” than perfectly matching your cap with your kicks, so New Era has worked their magic on a New Balance 997H pack designed to make color coordinating easier than ever before. The two powerful players have teamed up for a pack containing a pair of 997Hs and a matching New Era snapback, both of which are dressed in grey shades for a two-pronged nod to one of NB’s most tenured heritage tones and New Era’s classic wool hats. On their base, these New Balance 997s are somewhat simple, combining light, medium, and dark greyscale hues with a reflective silver midfoot overlay and tongue badge. However, what makes them special is their interchangable accents. The collaborative shoes come packaged with five different embroidered N logos, which can be swapped and switched to your heart’s content, thanks to a velcro base that allows for easy customization. Each N is also accompanied by a matching set of laces, and a New Era flag logo debure adds more co-branded style.

The hat offers a similar mix of grey shades and also boasts both customizable logos and straps, letting the wearer make sure their entire look is completely identical if they so choose. A special co-branded box that extolls the values of “choosing your own style” then rounds things off. The cap-and-kicks combo pack will debut via New Balance Japan July 26th with a stateside release coinciding at the same time at newbalance.com. 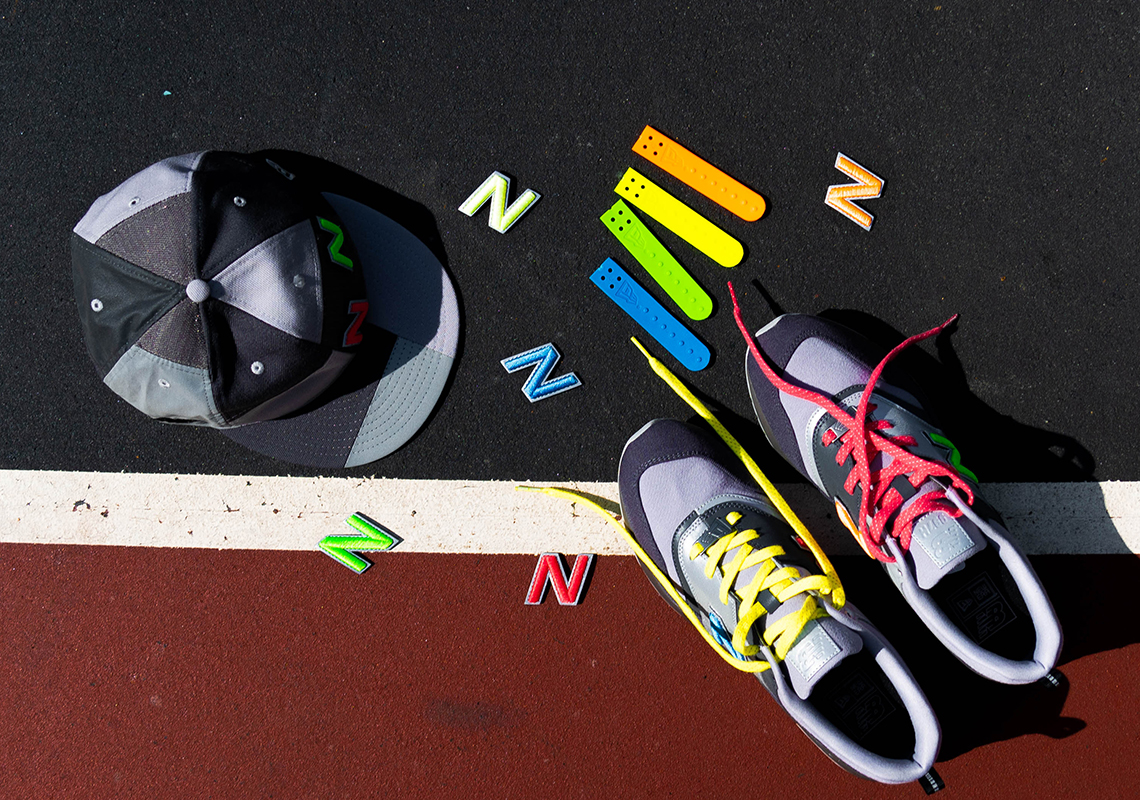 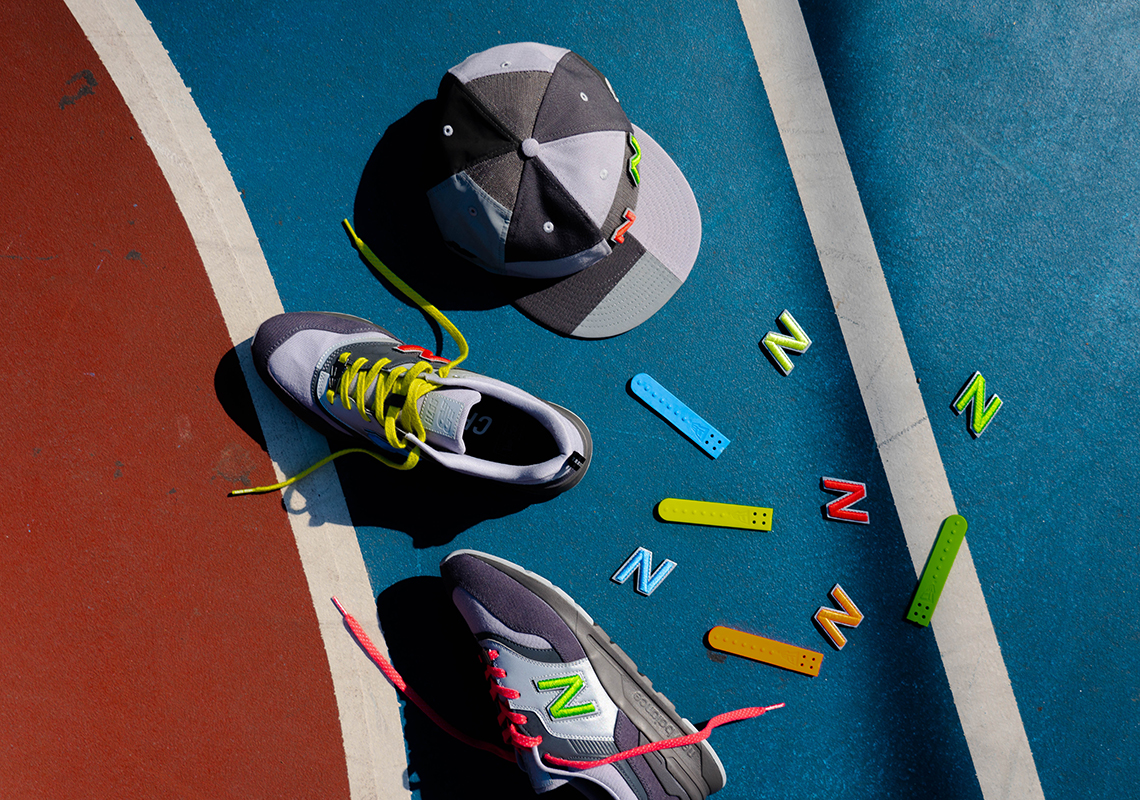 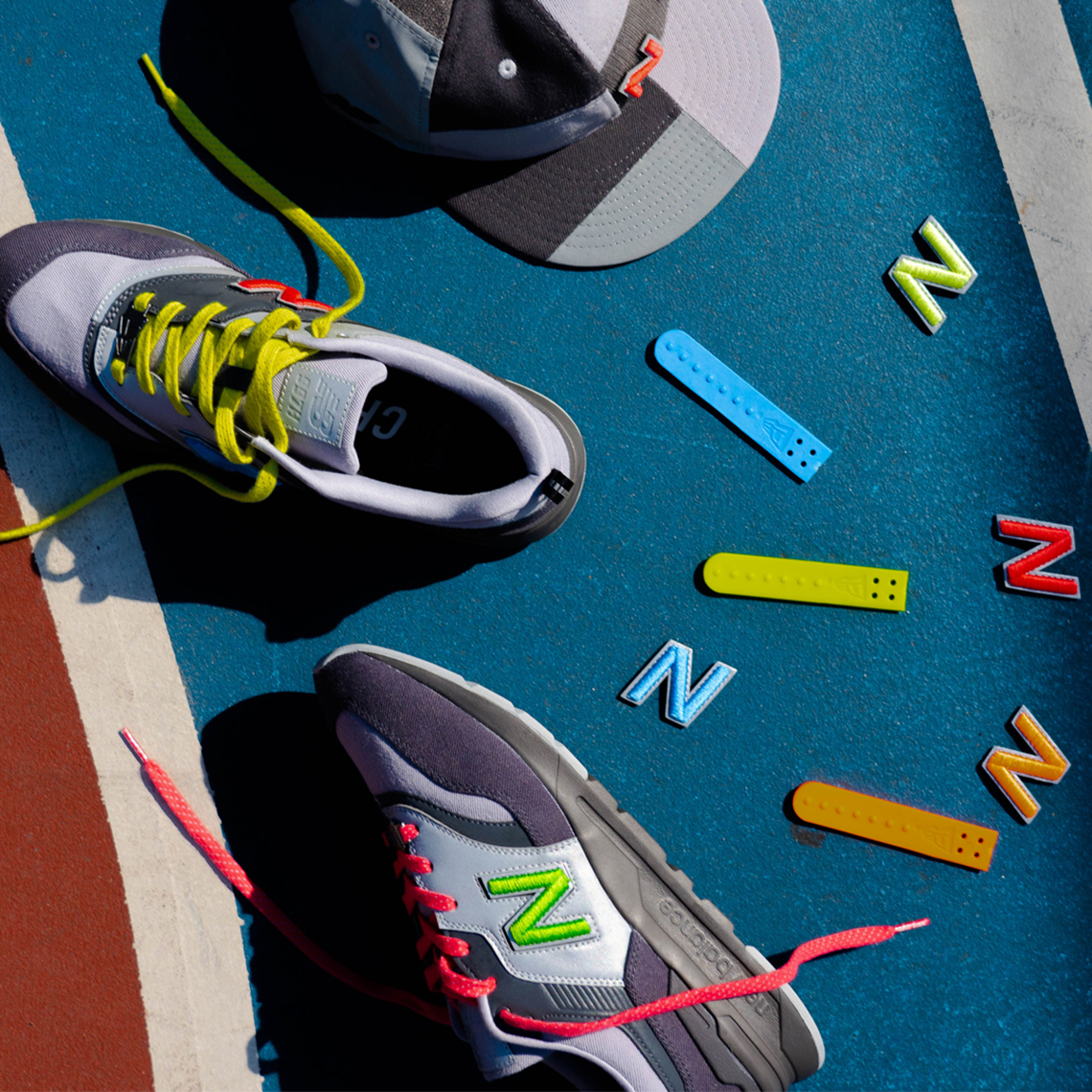