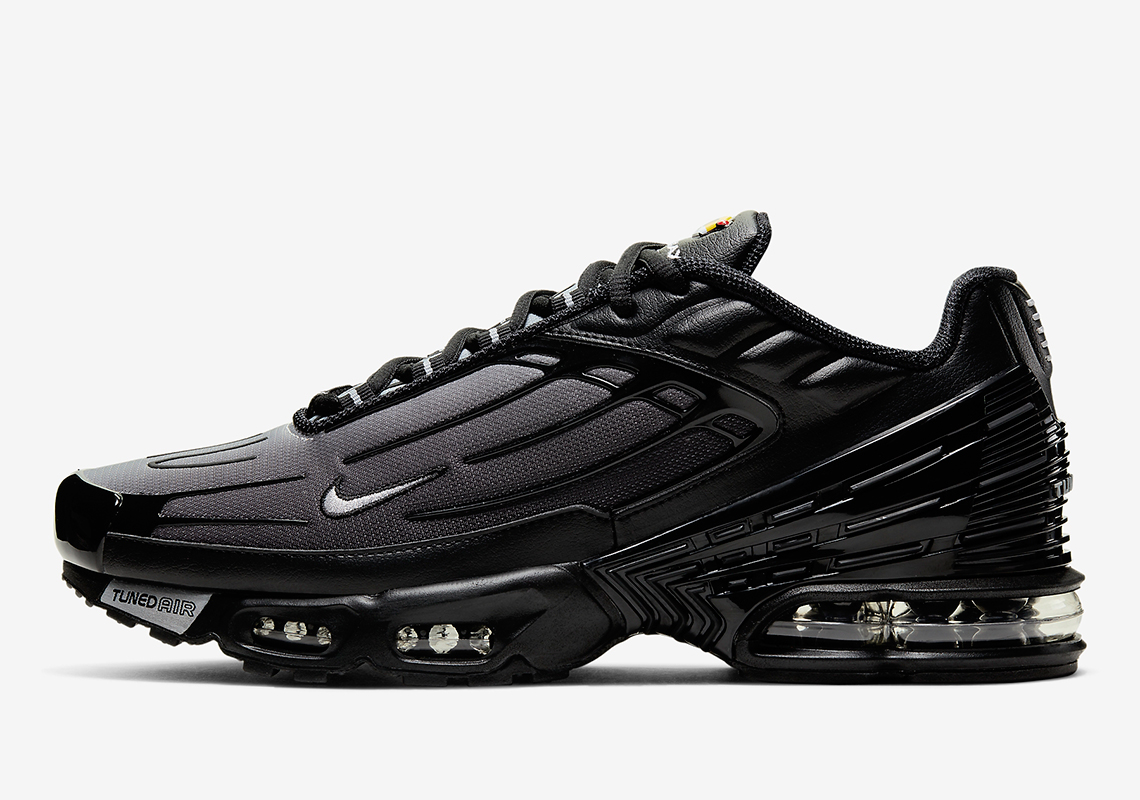 Official Images Of The Upcoming Nike Air Max Plus III

The original Nike Air Max Plus spawned some compelling sequels around the turn of the century, one of which is the Air Max Plus III, a shoe that’s set to return this fall in a handful of retro colorways like this stark black makeup. Looking like something straight out of a sci-fi flick, this Plus III discards its predecessor’s timeless vertical overlays in favor of something more sleek: horizontal-facing accents that give off an air of great speed, especially around the plastic heel cage. The rest of the upper is constructed of mesh and leather, and a soft gradient fade appears on the toebox and Swoosh-adorned midfoot for contrast. Full-foot Tuned Air cushioning adds further to the still-futuristic style, while signature yellow TN badges appear on both the tongue and the medial heel to complete the look. These cult-favorite Nike shoes are set to return this fall, and will be accompanied by four other OG colorways. Check out all the Air Max Plus IIIs that have been revealed so far at the link, and keep it locked for info on a release date as it’s available as well. 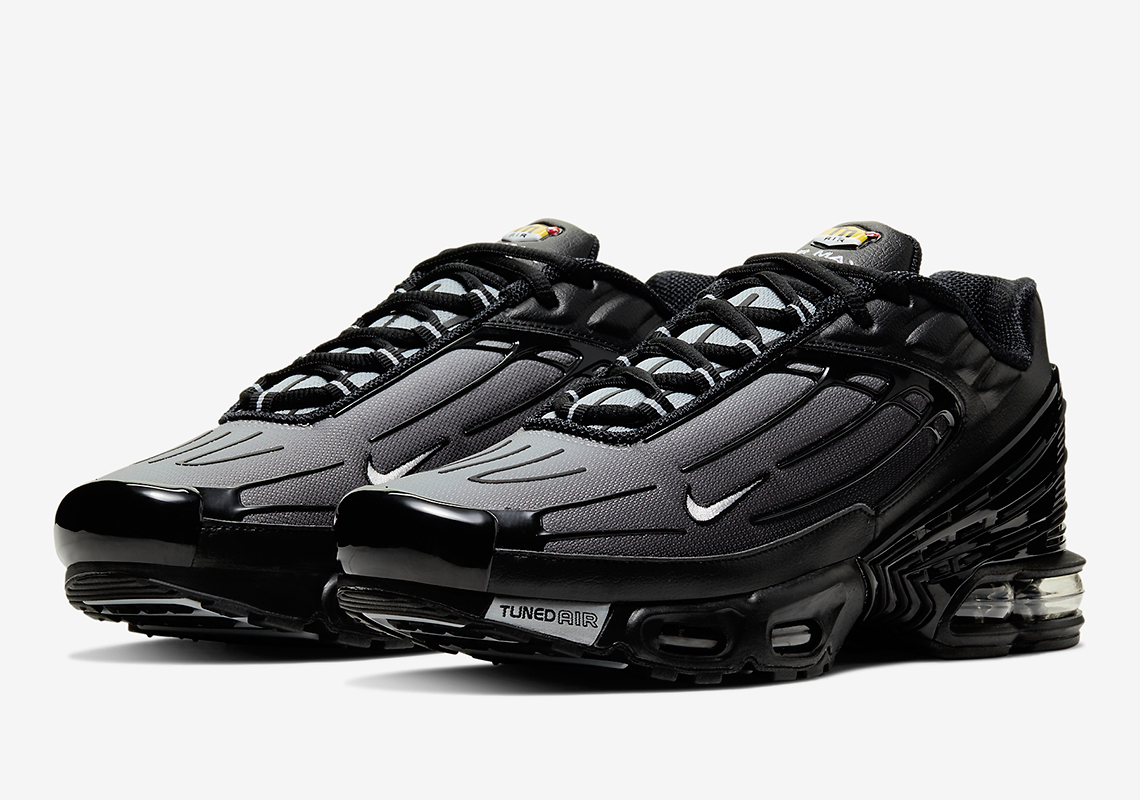 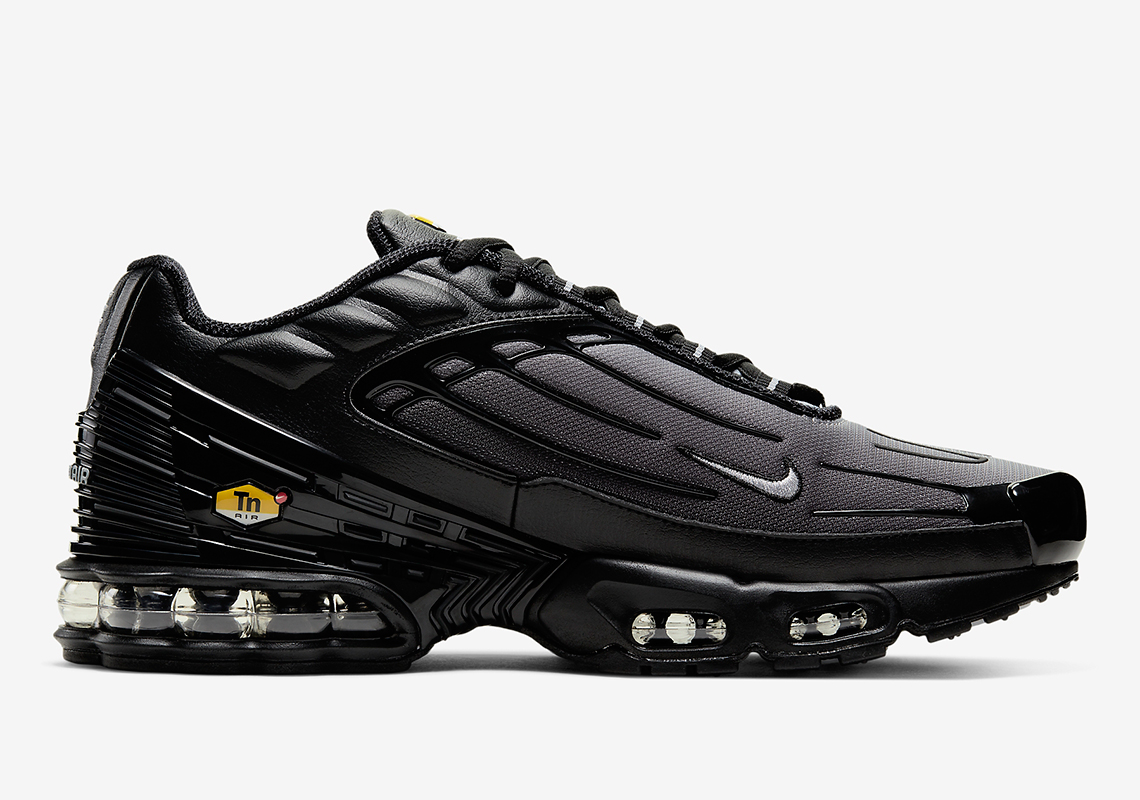 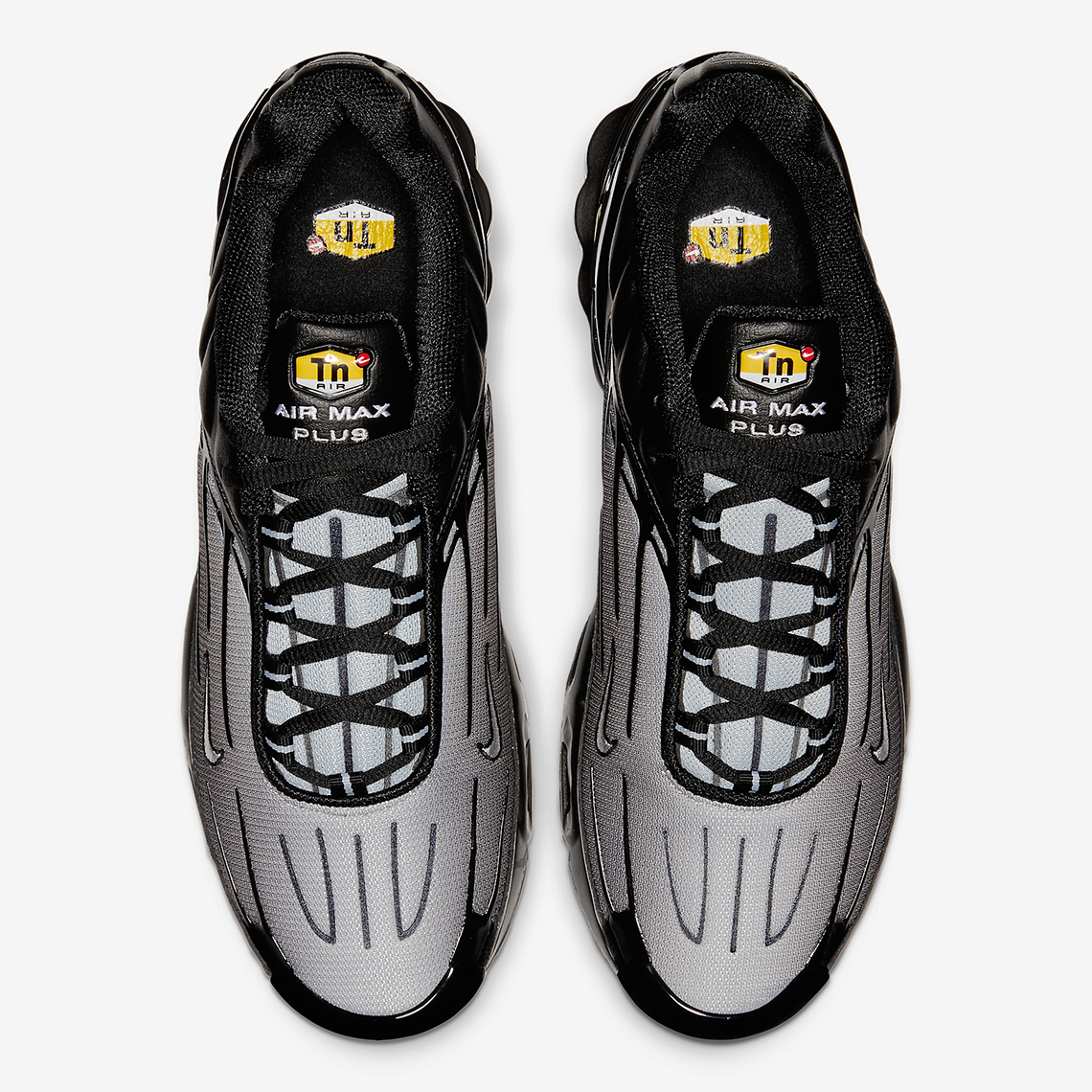 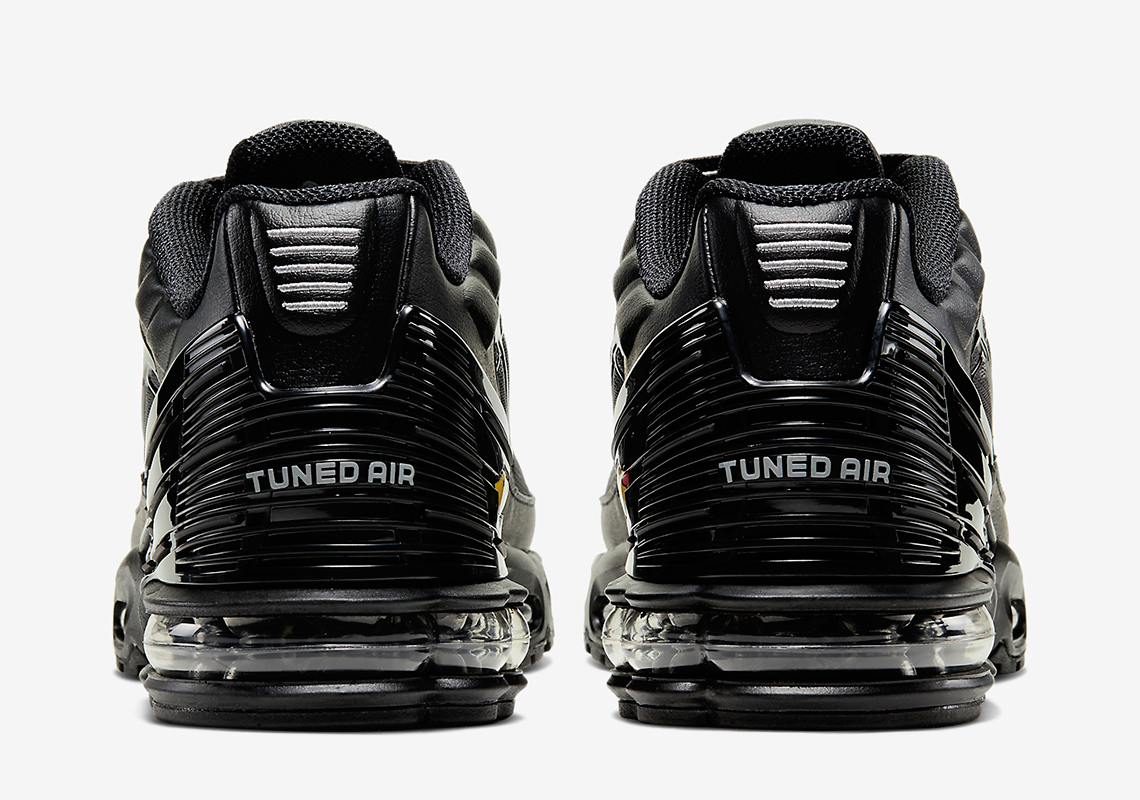 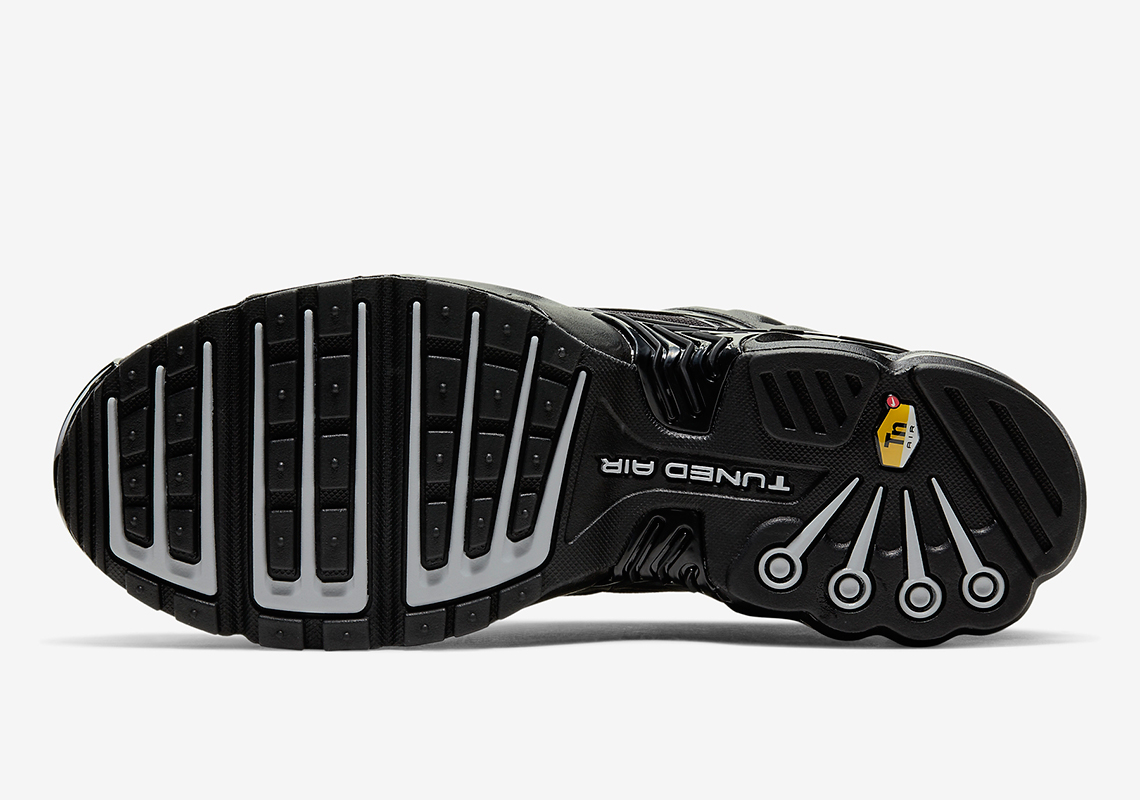