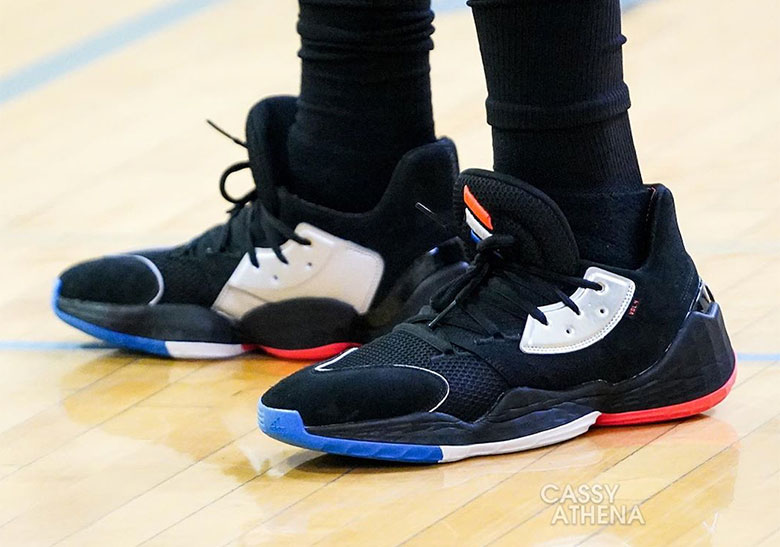 The NBA season may not tip off until late October, but it’s already go time for the league’s biggest stars as they use the offseason to hone their game, and James Harden is among their number as he was recently spotted working out in what appears to be the brand-new adidas Harden Vol 4. Popular NBA photographer Cassy Athena gave us our first glimpse at the Beard’s new footwear, and although it does continue the low-cut ethos that’s been present on his line since its inception, there are plenty of differences from the Harden Vol 3 that are visible as well.

The mostly black upper features a striking mesh and suede mix with a sizeable tongue and higher-cut heel for extra support. The ivory midfoot panel and black toebox overlay give it a hybrid look that’s almost Pharrell-esque, while special branded details arrive via a tri-color Three Stripe graphic on the tongue and a “Vol. 4” tag on the midfoot. The midsole flips the script as well, discarding the Boost cushioning that’s been present on past models in favor of adidas’s new Lightstrike tech. A tri-color outsole then completes the look. Peep the newest pair of adidas shoes in Harden’s signature line right here, stay tuned for release info as it’s made available, and for more upcoming NBA signature footwear news, be sure to check out Kyrie Irving‘s new Nike Kyrie 6 as well. 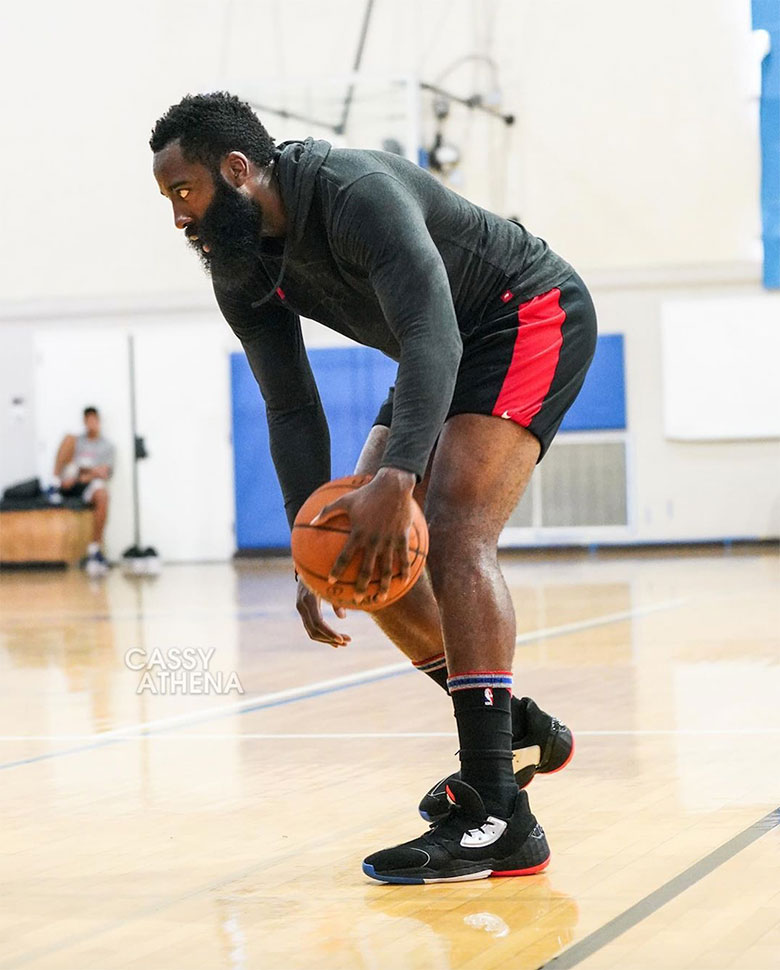 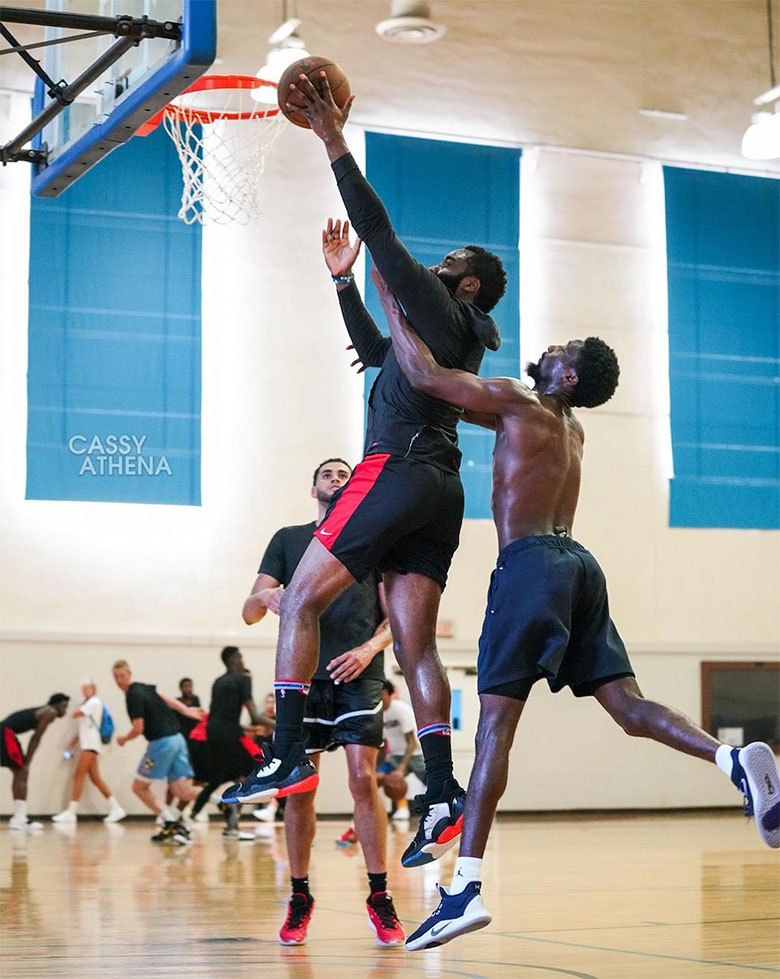