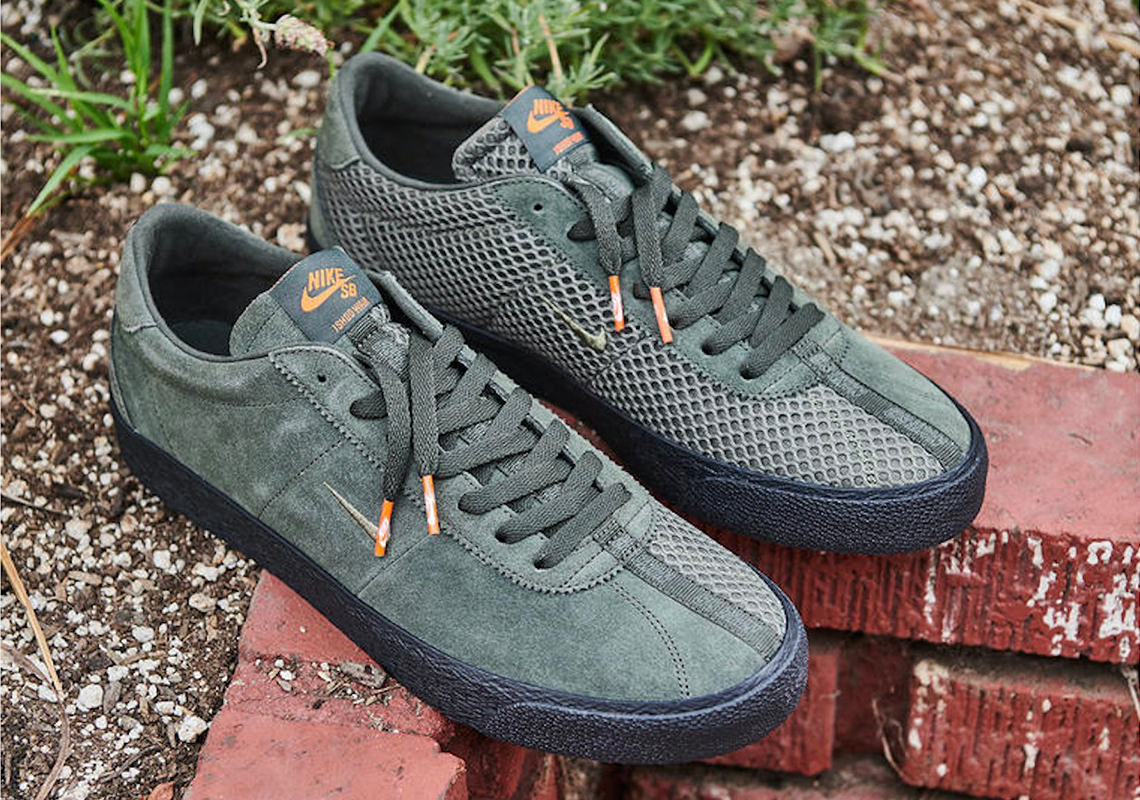 Nike SB team member Ishod Wair is back like he never left. After dropping both a special SB Dunk Low and SB Blazer Mid Chukka plus a “Back On My BS” video part last year, Wair and the Swoosh Brand’s skate subdivision have now teamed up for a duo of new takes on the SB Bruin dubbed the Bruin ISO, the first rider collaboration with the new “Orange Label” line.

Arriving in both stark black and militant olive, Wair’s new Bruins keep their classic sleek shape, but differentiate themselves from past releases with their construction. Each lateral side and heel is dressed in traditional suede, but each medial side and medial half of the toebox is made up of an athletic mesh, adding flexibility and saving weight. These two sides are split by a strip with printed white Nike SB hits that runs from the toebox to the tongue and continues down the heel on the rear. Even the tongue itself is carved in two, with one half featuring exposed foam while the other opts for modern-day mesh. Branding is provided by a small lateral midfoot Swoosh and special tags on the tongue/heel — tonal on the black pair, bold orange on the olive pair — while each look is finalized by a slim black midsole and an outsole with Ishod’s name printed on it in bold block letters. Clean, elegant-yet-sporty, and no frills just like Wair’s smooth and powerful style, these Nike shoes have an official release date of August 31st, but are popping up at skateshops now. They’re also accompanied by a matching track jacket, track pants, and shorts. As they are indeed an Orange Label release, there’s no word on if they’ll hit Nike.com later this year, but keep it locked here for more info as it’s available. 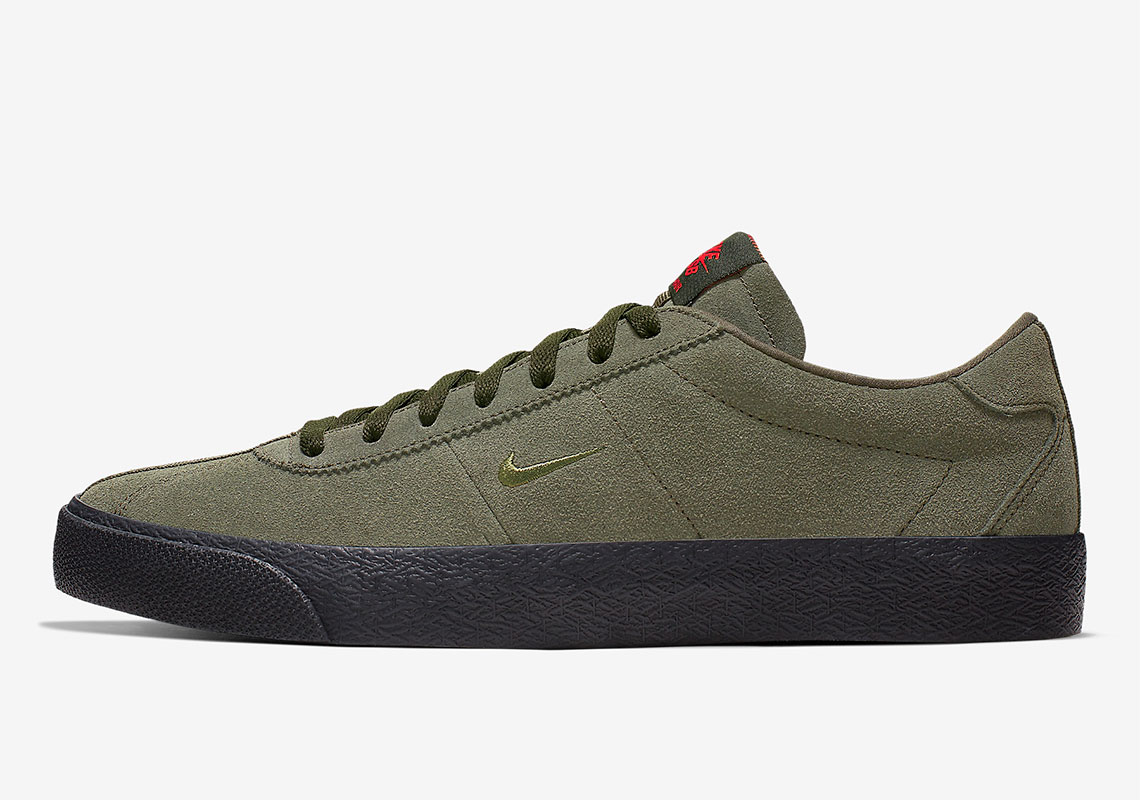 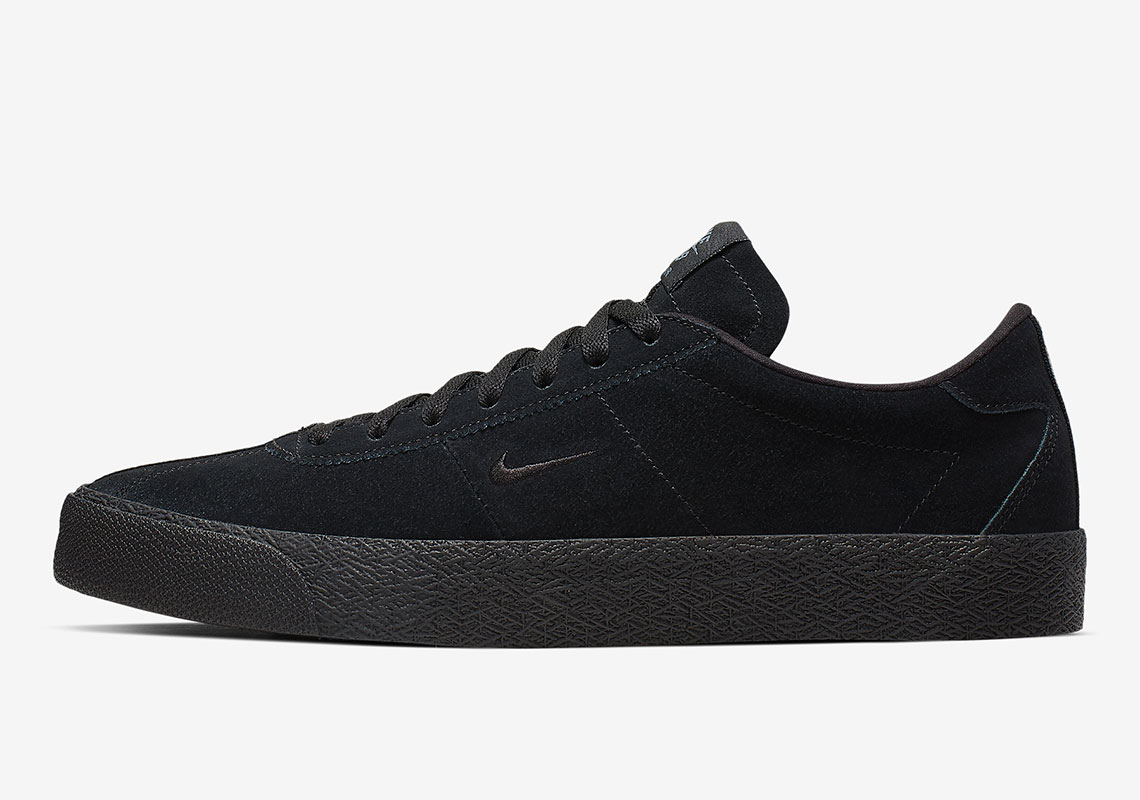 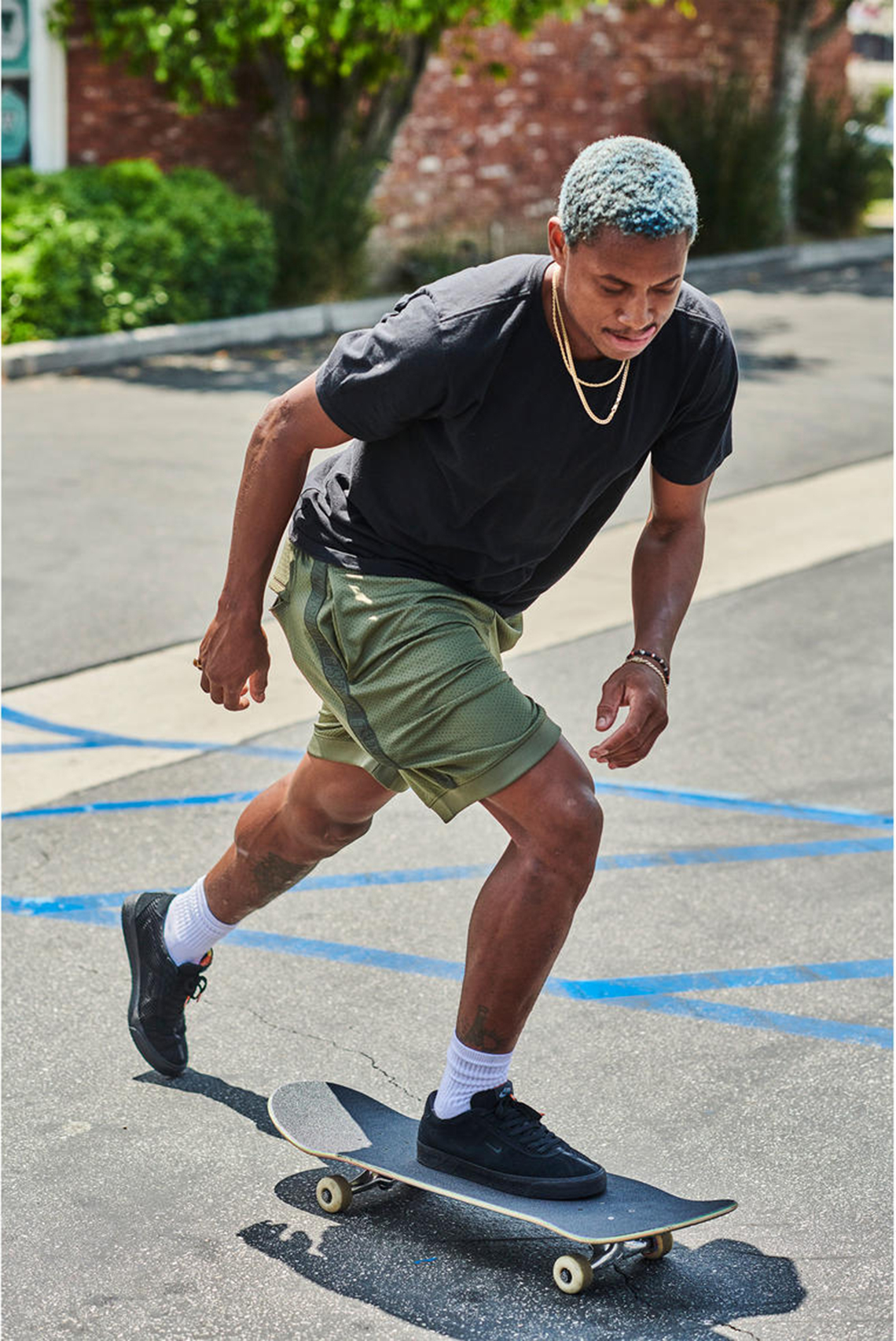 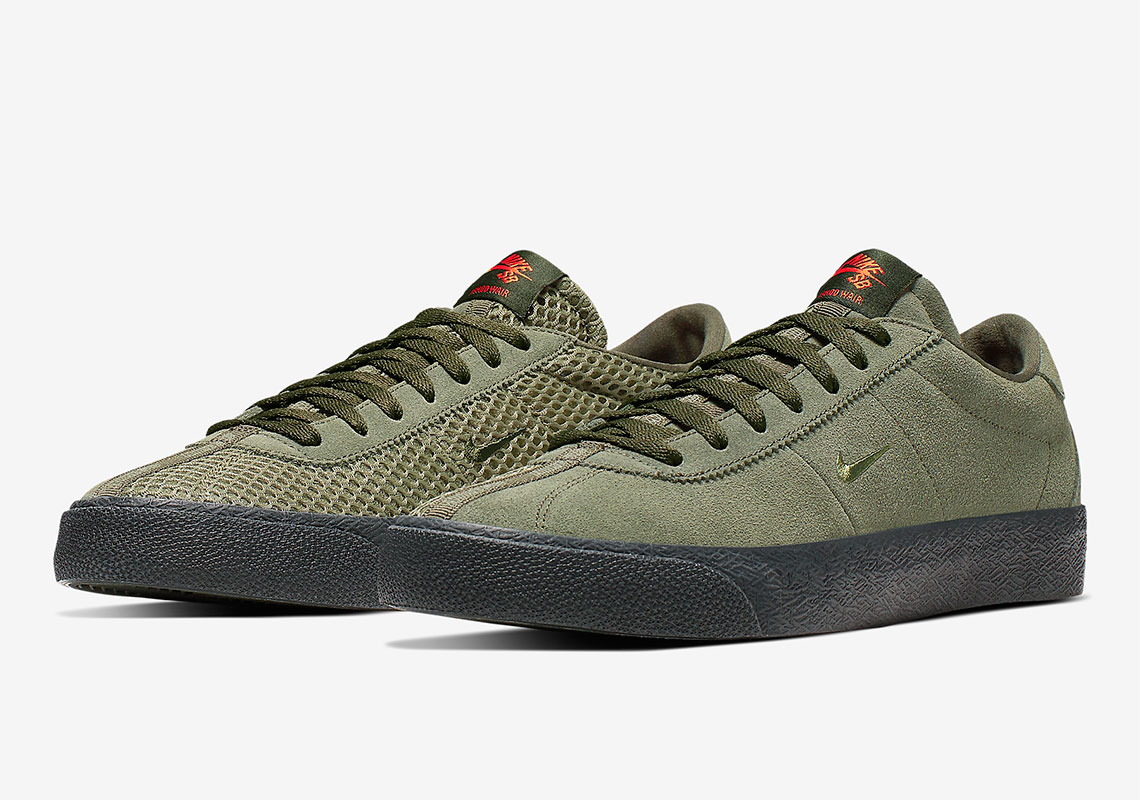 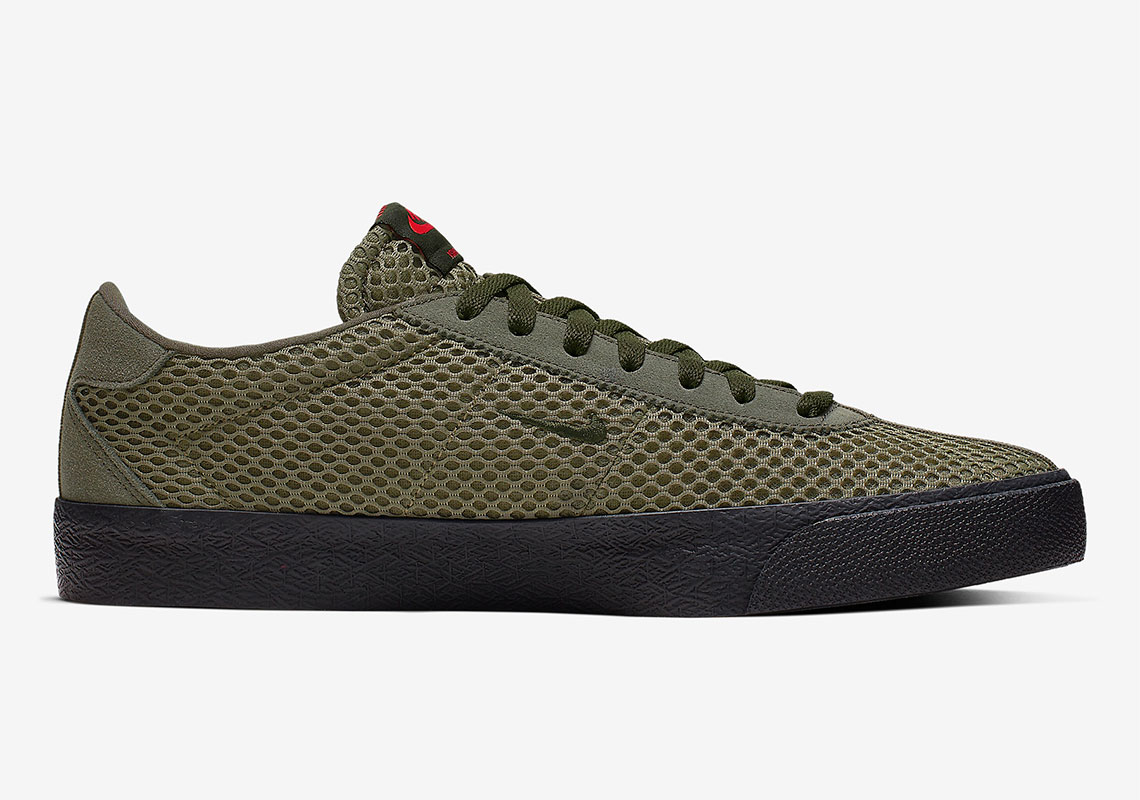 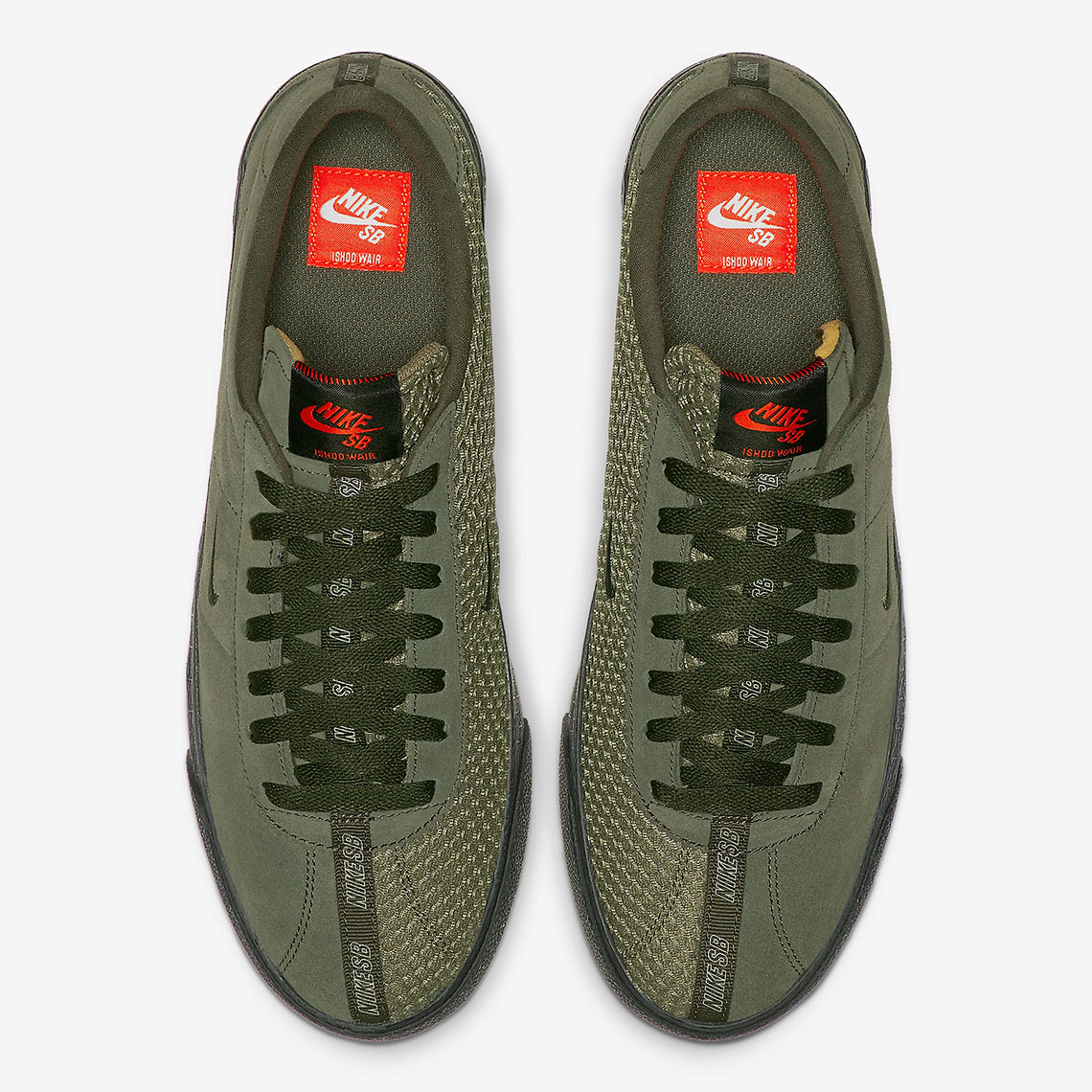 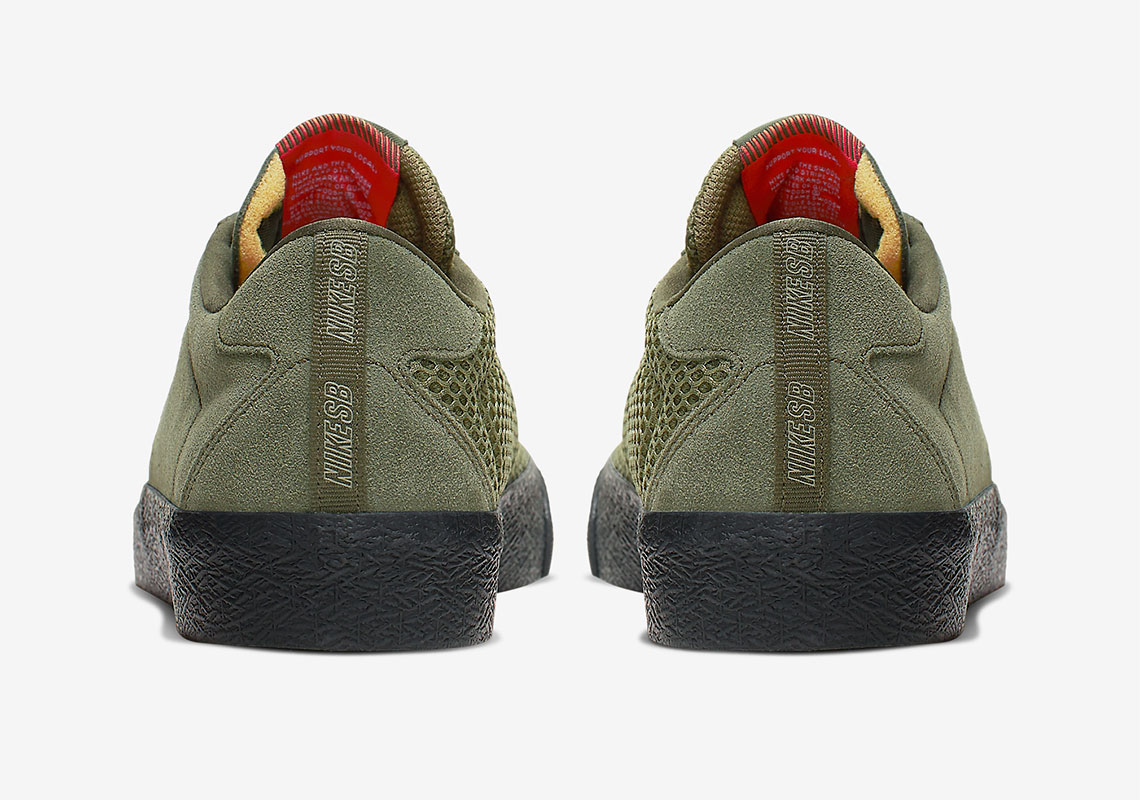 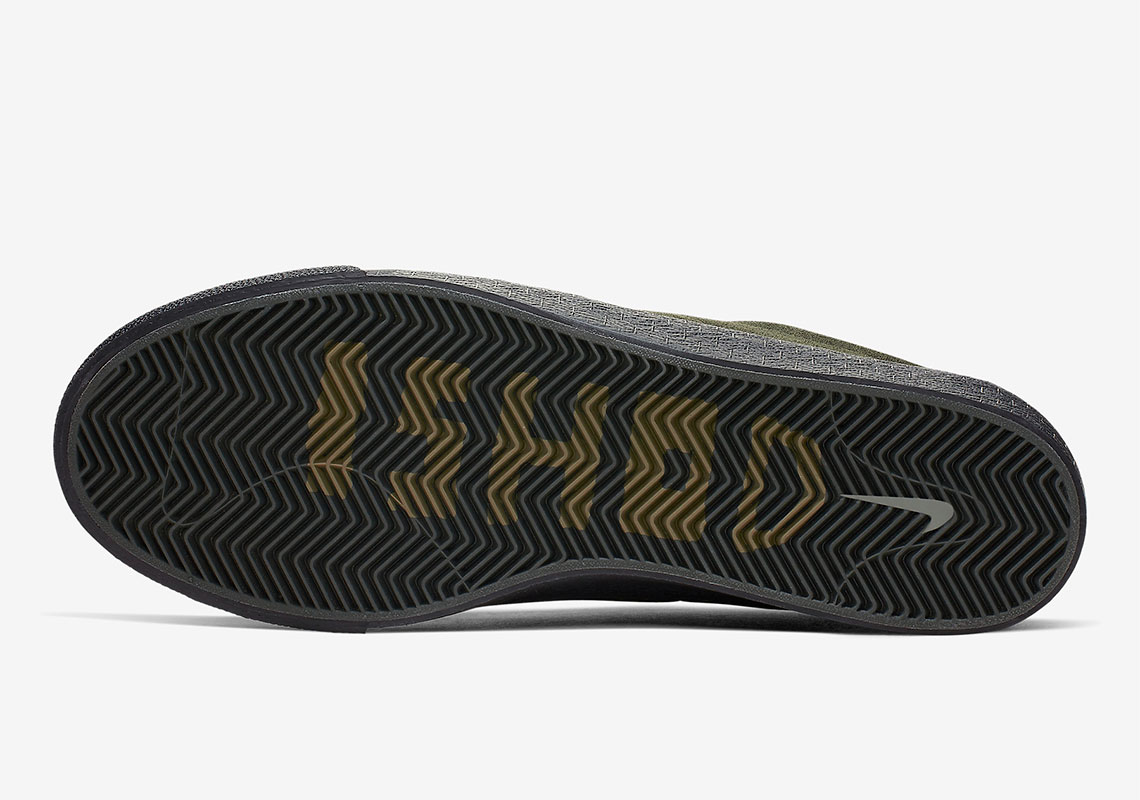 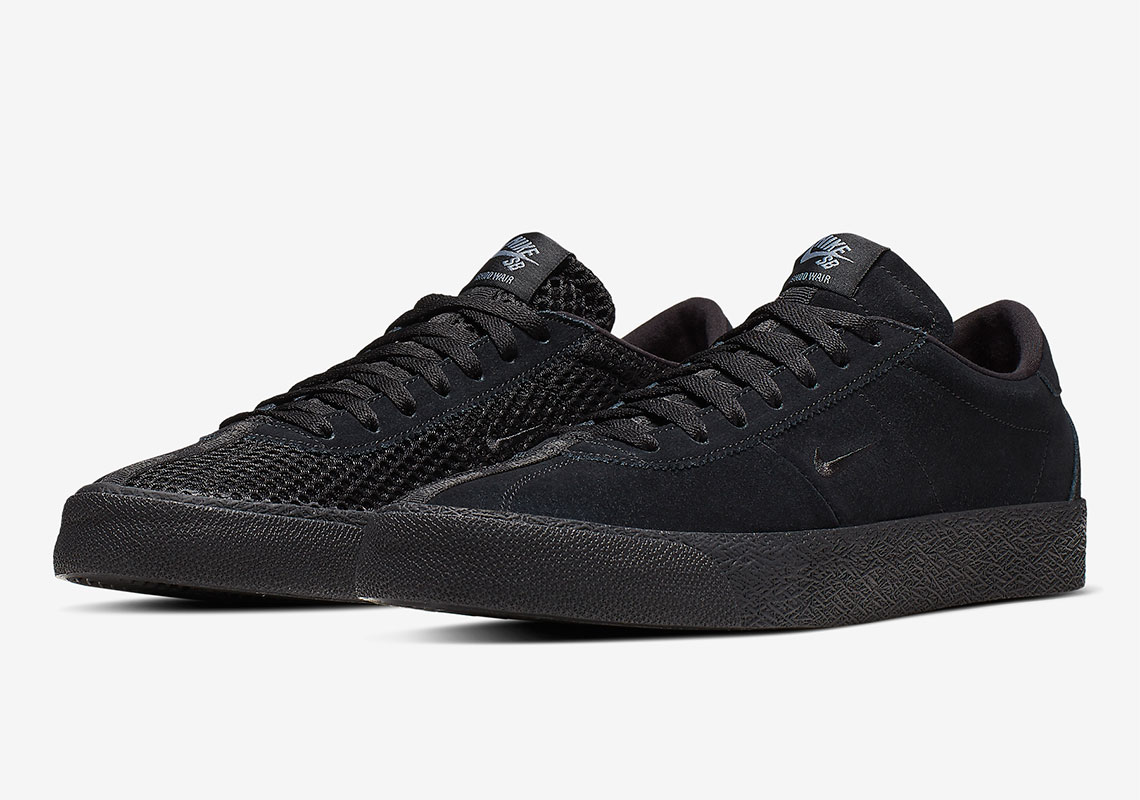 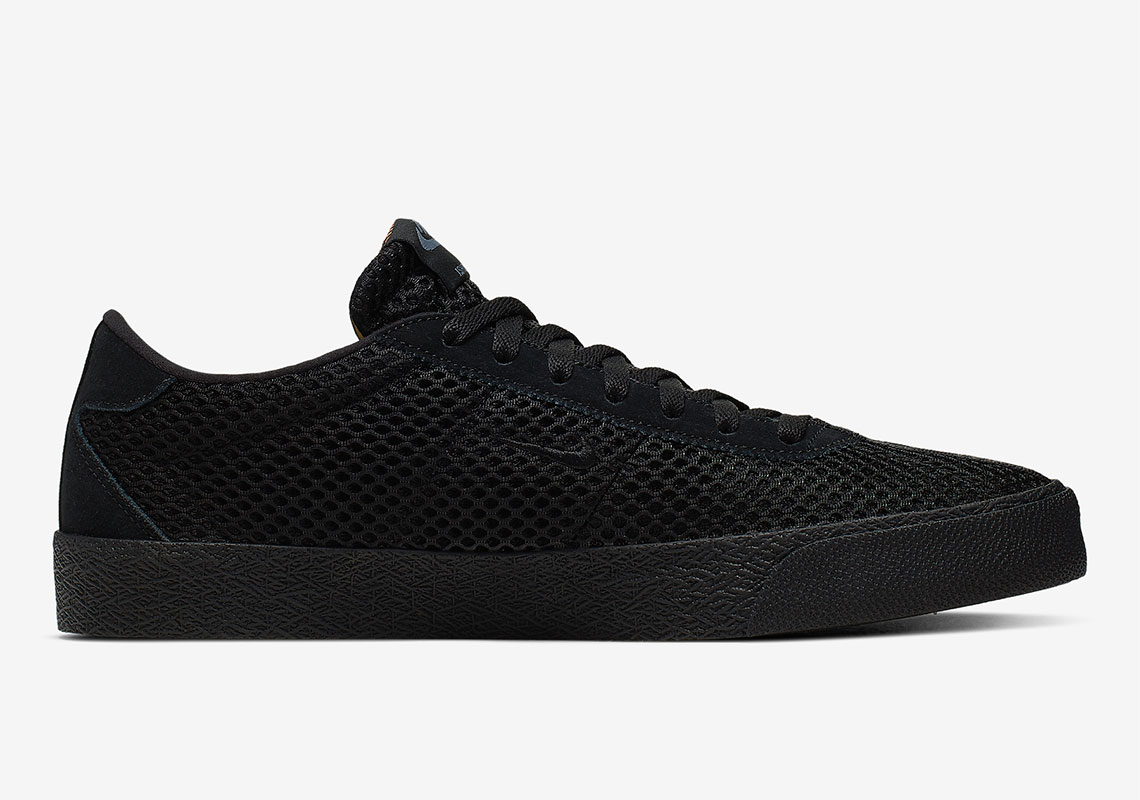 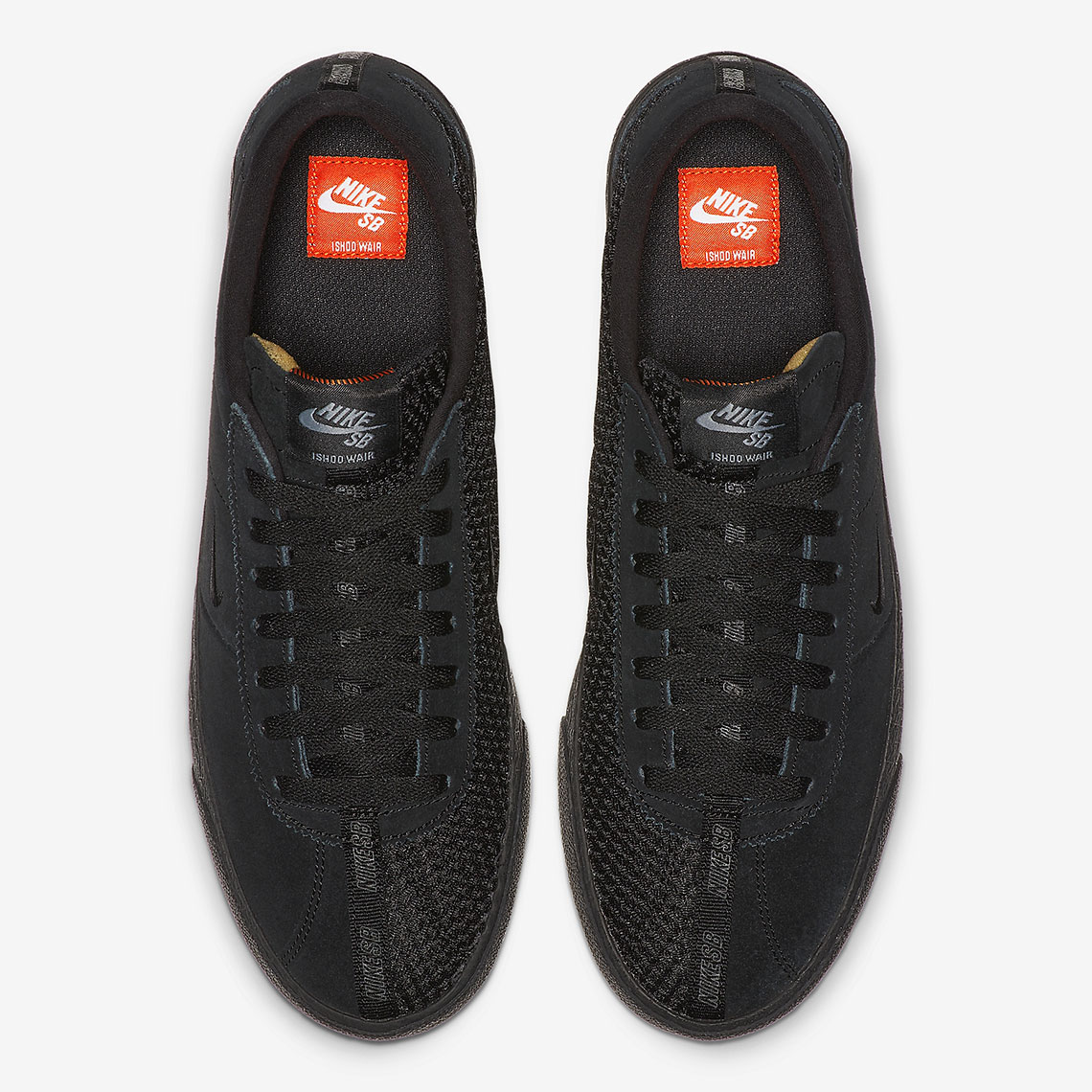 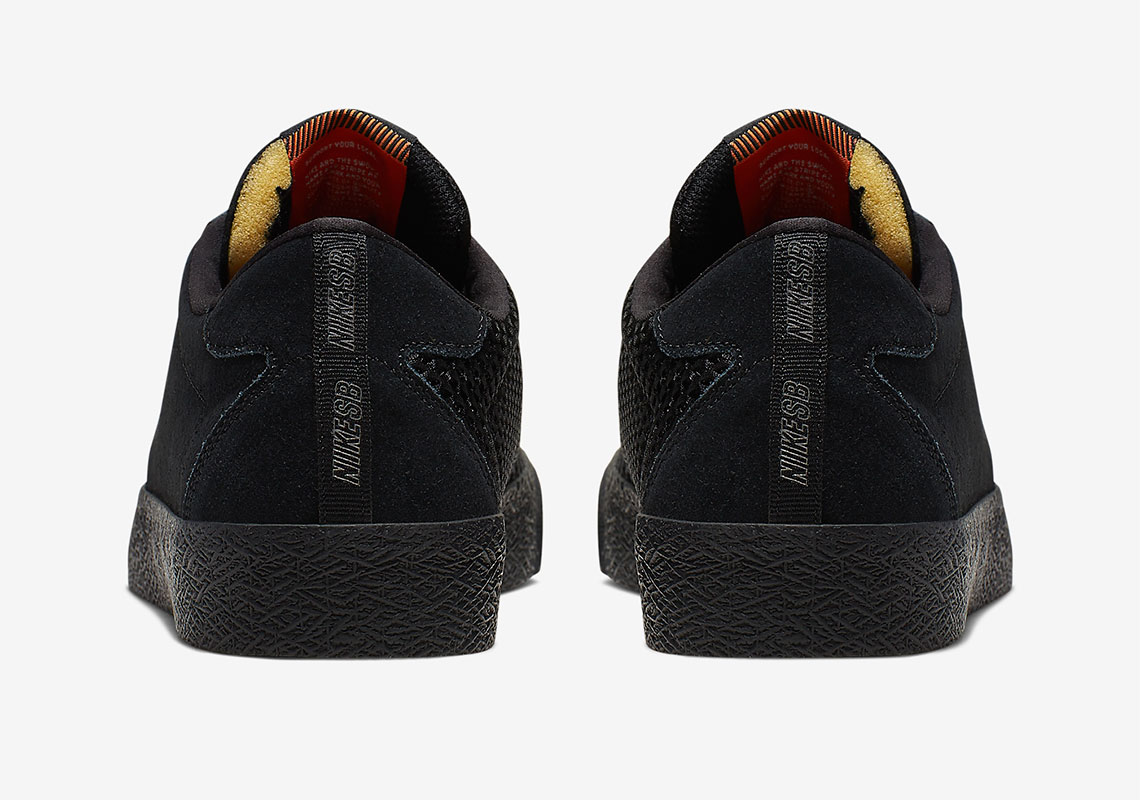 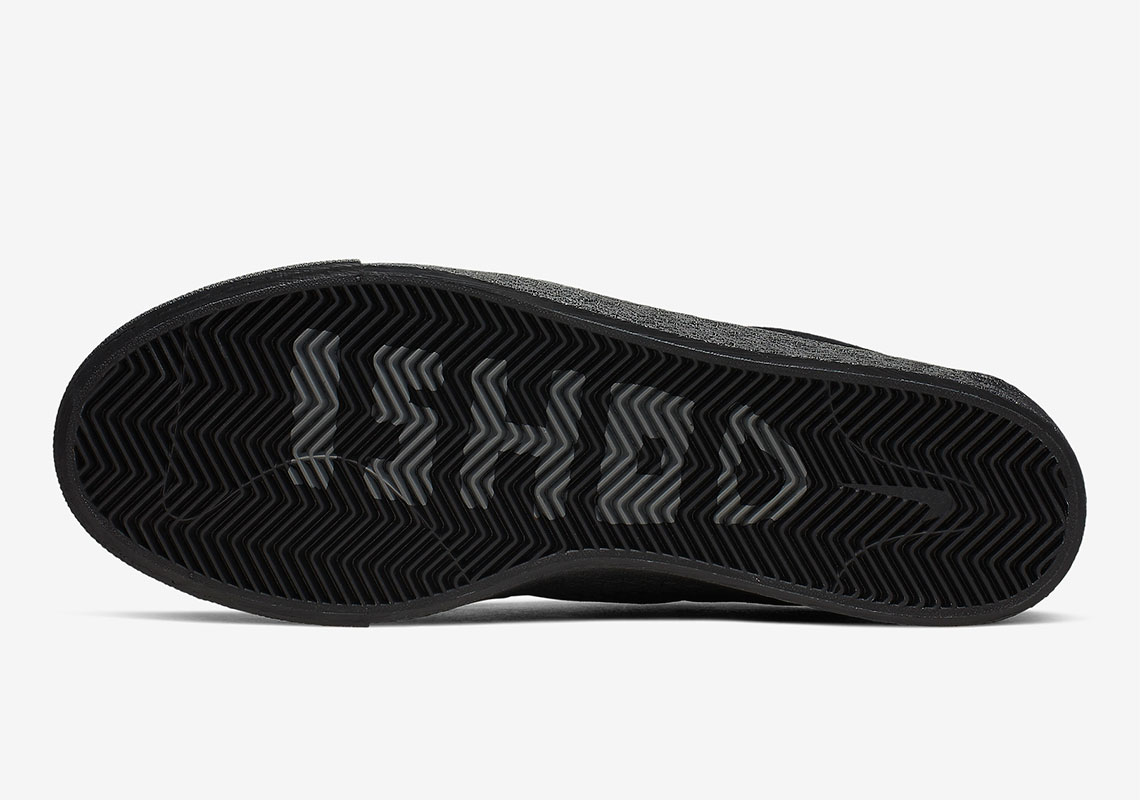 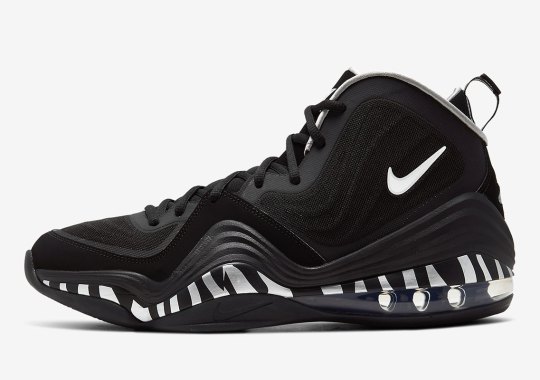