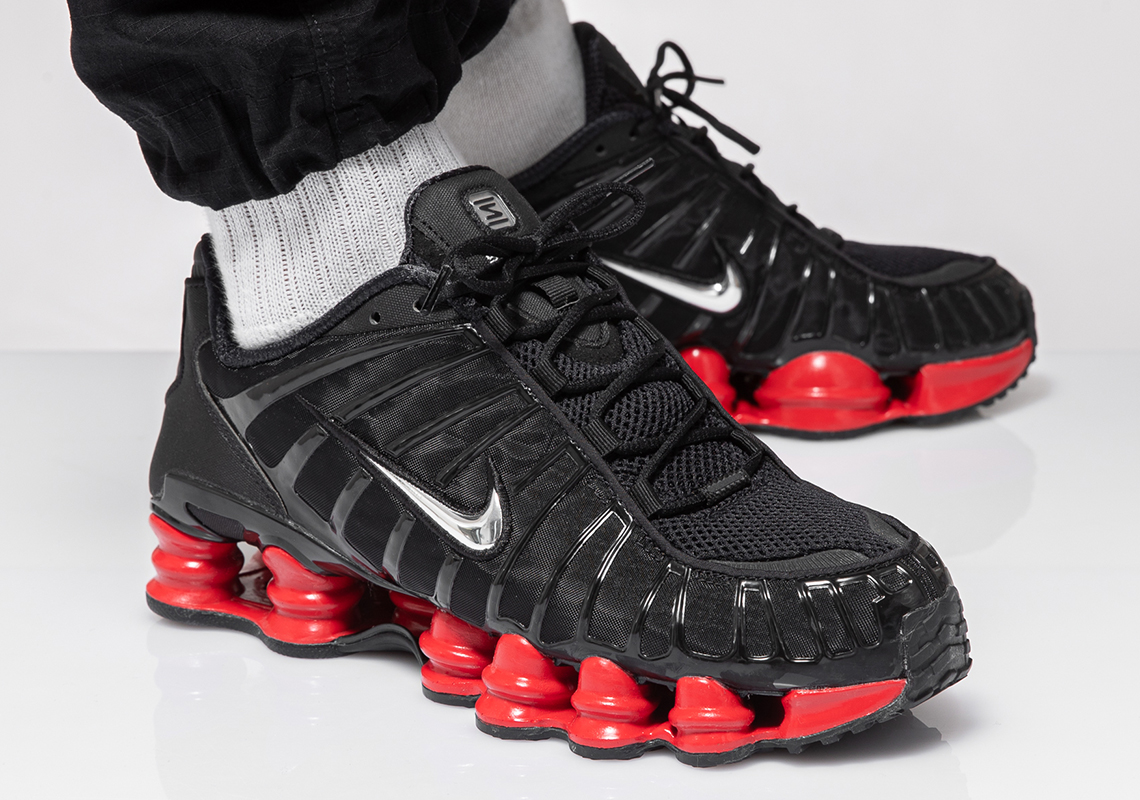 Since he first worked with Nike Sportswear on an Air Max BW PE back in 2016, grime icon Skepta has become one of the Swoosh Brand’s most consistent musical artist partners, and now he’s set to take a detour from his signature Air Maxes with his re-worked Nike Shox TL. Dubbed the “Bloody Chrome” by Skep himself, the shoes are a macrocosm for the man himself: inherently serious, with great attention to detail and just enough flair. The upper features a flat black base accented by jet black tones, while pops of chromed-out detailing arrive on the midfoot Swoosh and the tongue, which has been flipped to read “SK Shox.” Down below is where these Nike Shox earn the “Bloody” part of their nom de guerre, thanks to a full-foot polyurethane piston cushioning system that’s dressed completely in a bold “University Red” hue. The BBK general’s newest Nike shoes are set to hit select retailers on September 12th for $200 USD, so check out a store list below to see where you’ll be able to snag a pair come release day. 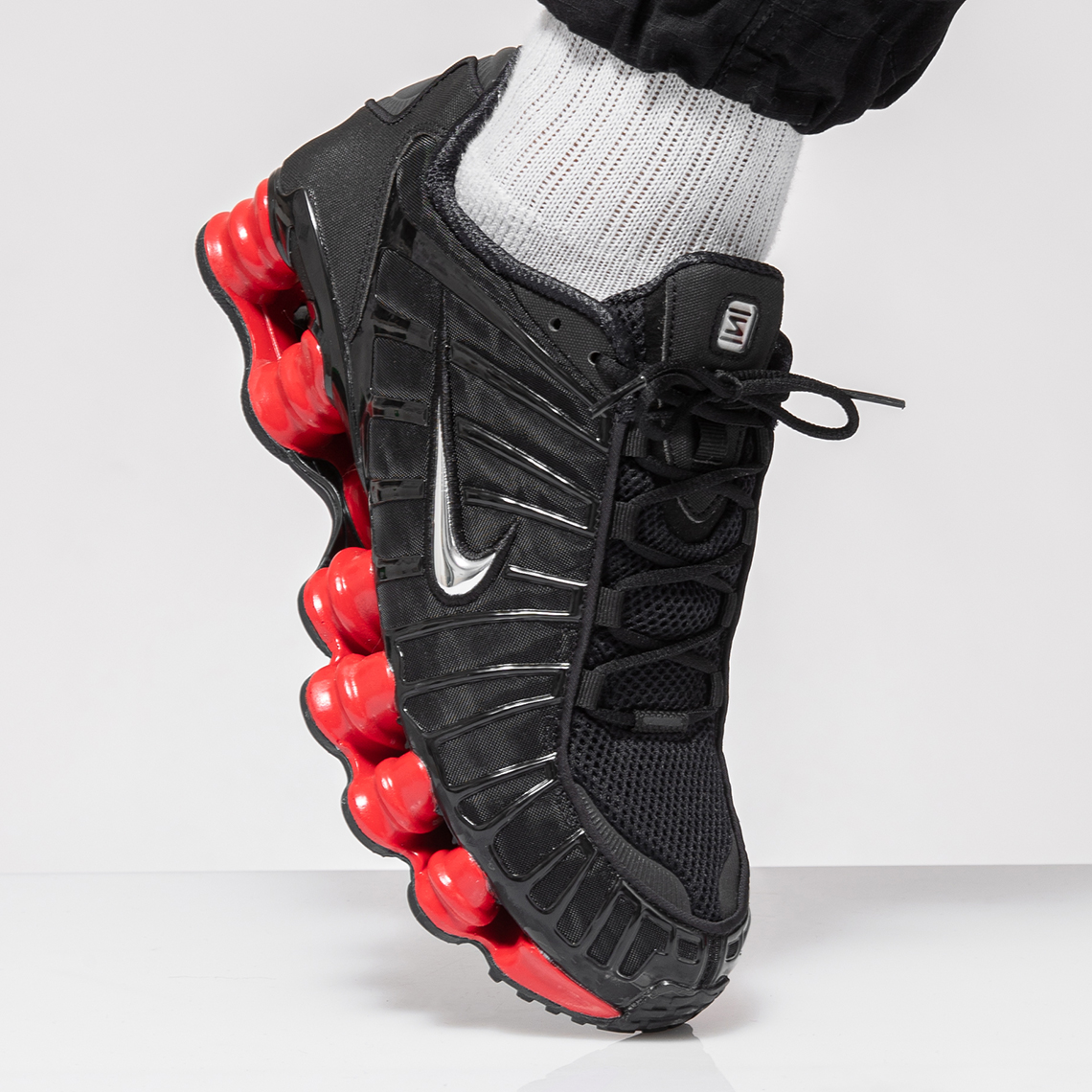 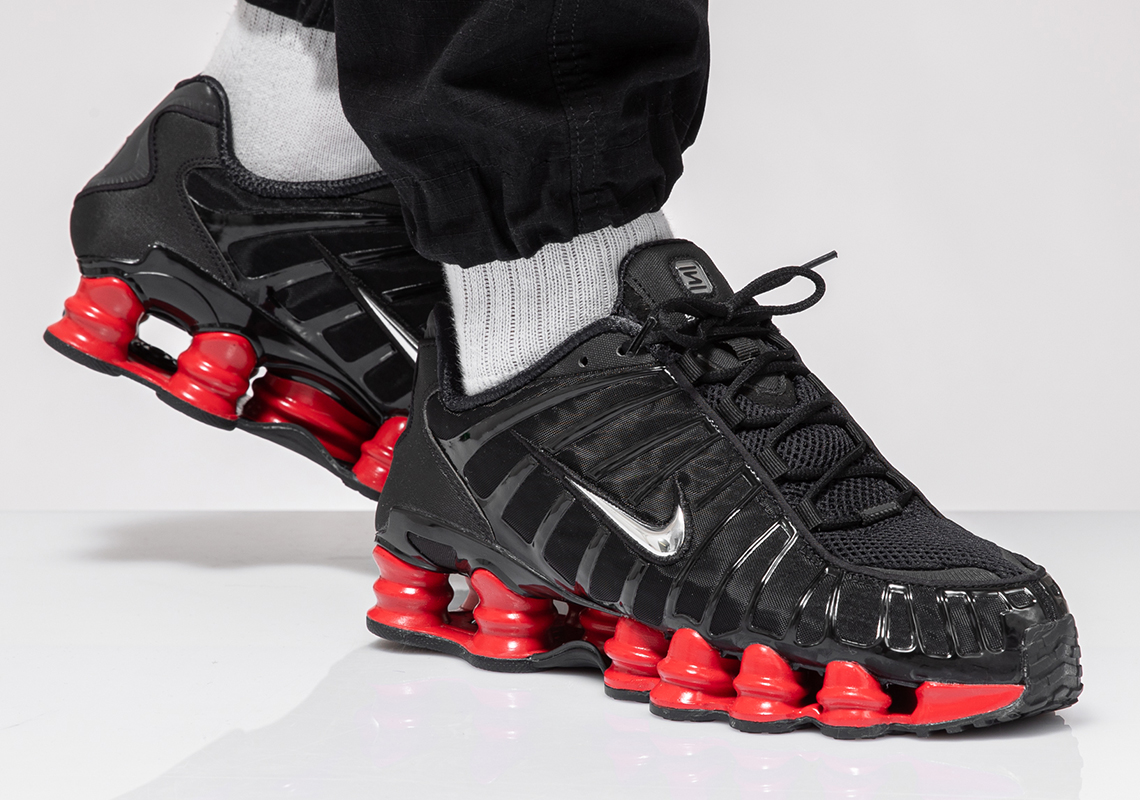 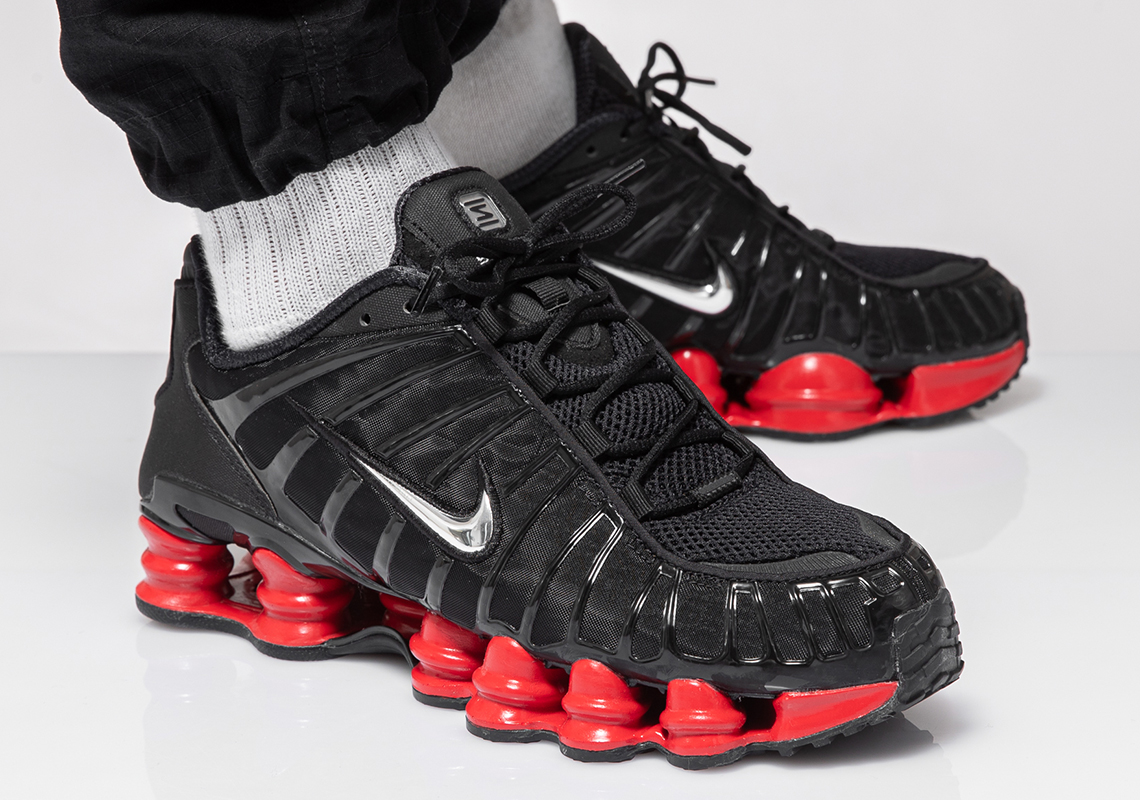 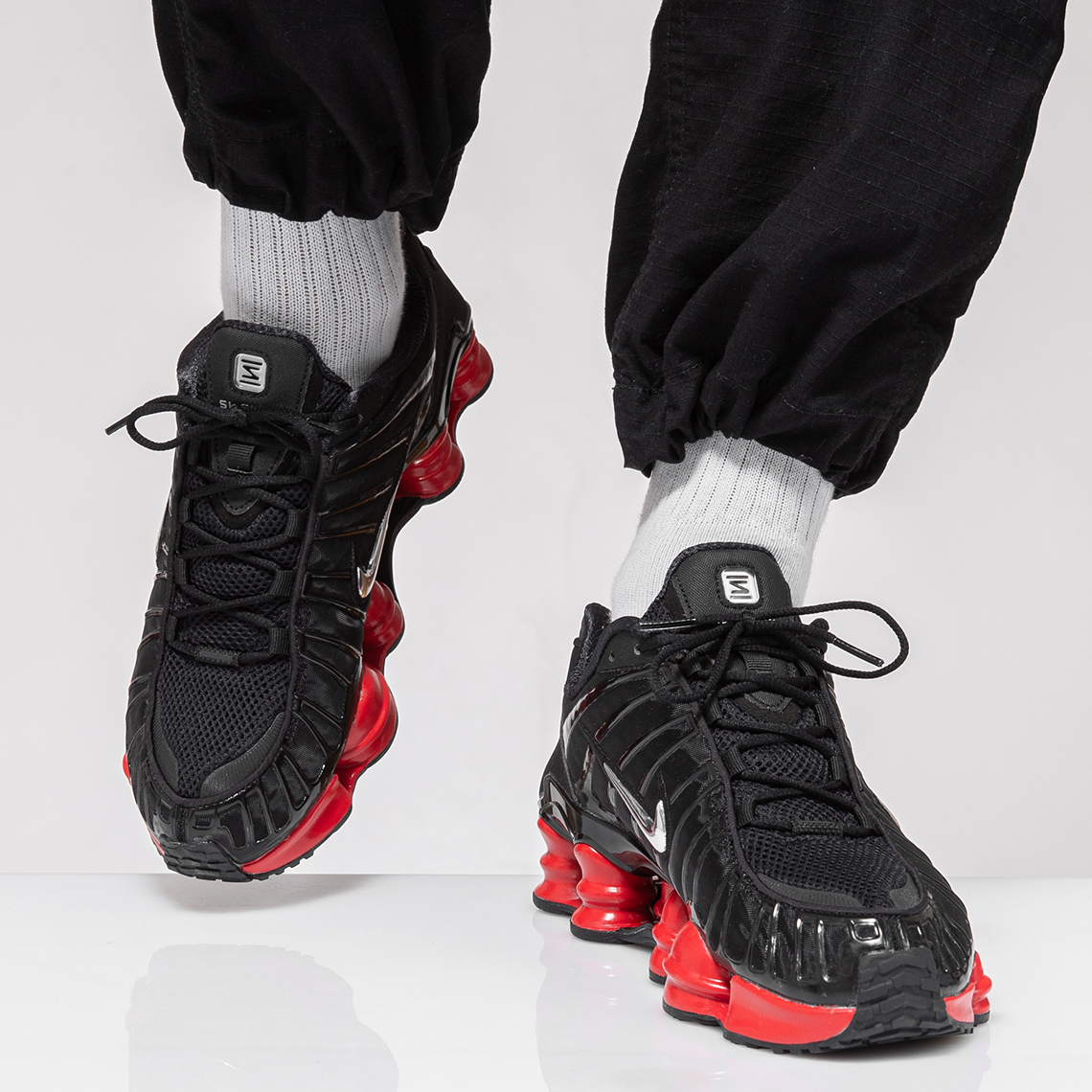 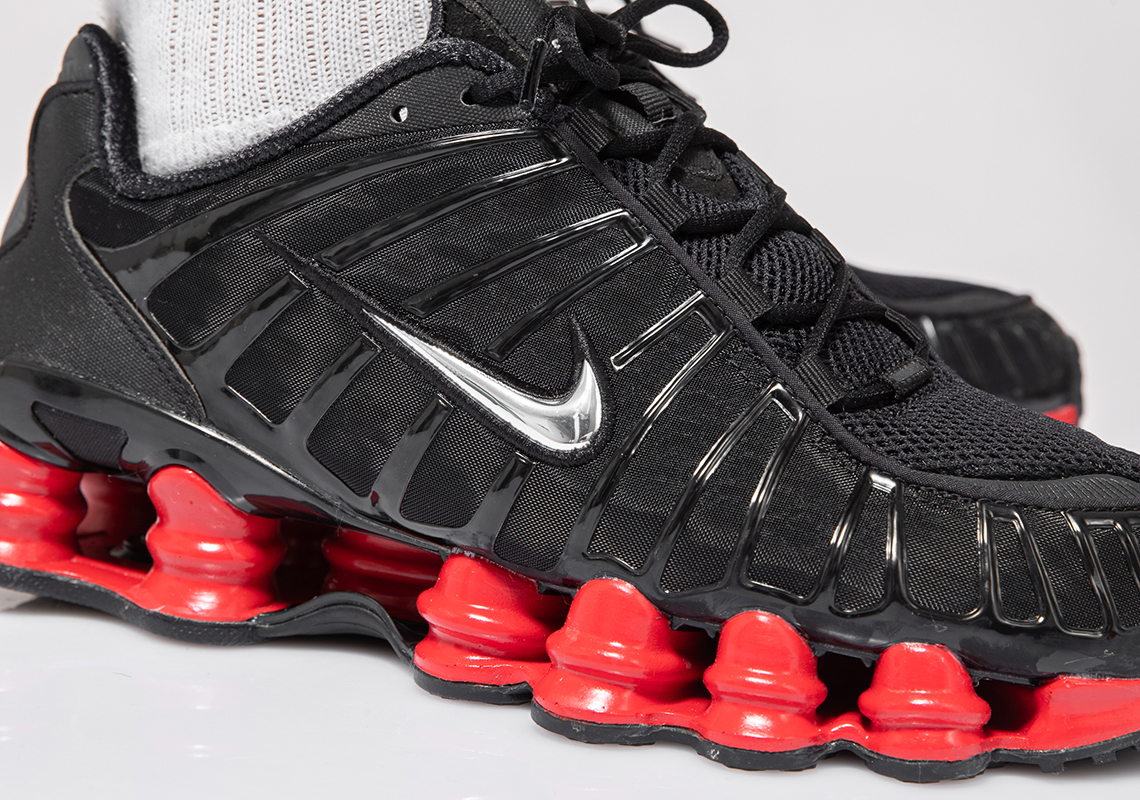