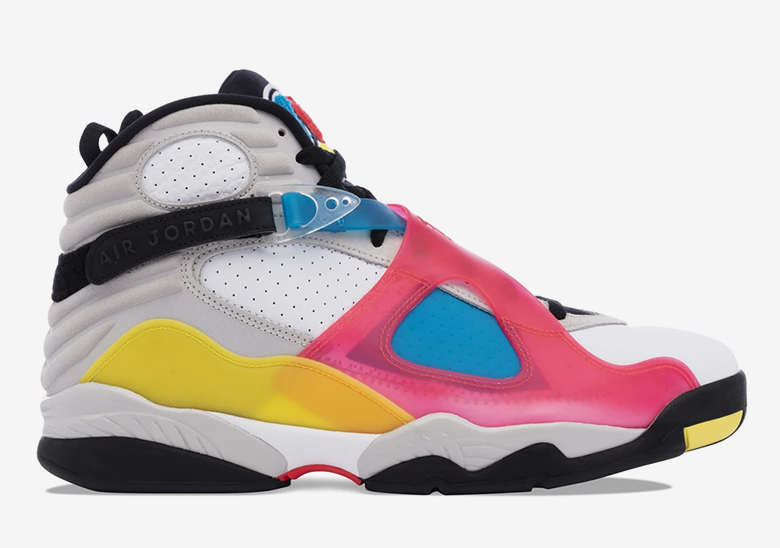 After being near silent since the start of the 2019 release calendar, the Air Jordan 8 arrives suddenly and surprisingly in a color blocking akin to the most playful of those prior. Bearing resemblance to cotton candy or any sort of carnival confectionery, the pair is striking in many a neon, holding together pinks, blues, and yellows across much of the intricate panel layering. Bases of white with divergent shades of gray scatter atop to add a neutralizing base for its main motif, leaving sole units essentially untouched as well as save for the tones of their partially revealed tread. Chenille tongue logos bear the same striking palettes, though with its classic, almost retro texture, finishing off what seems to be an exclusive colorway for Dover Street Market. Grab a detailed look at the pair, which is currently available, right below and keep it locked on for word on if they’re set to hit other select retailers.

UPDATE: Though these were assumed to be a Dover Street Market exclusive initially, they have since surfaced at other retailers. 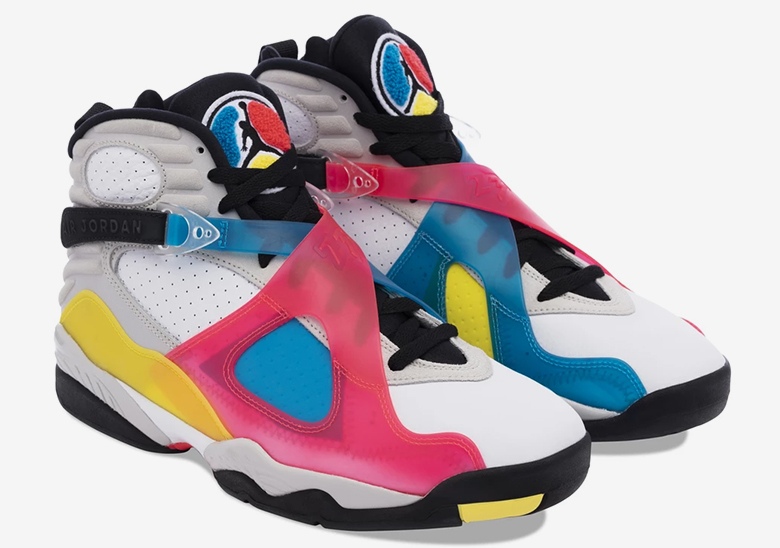 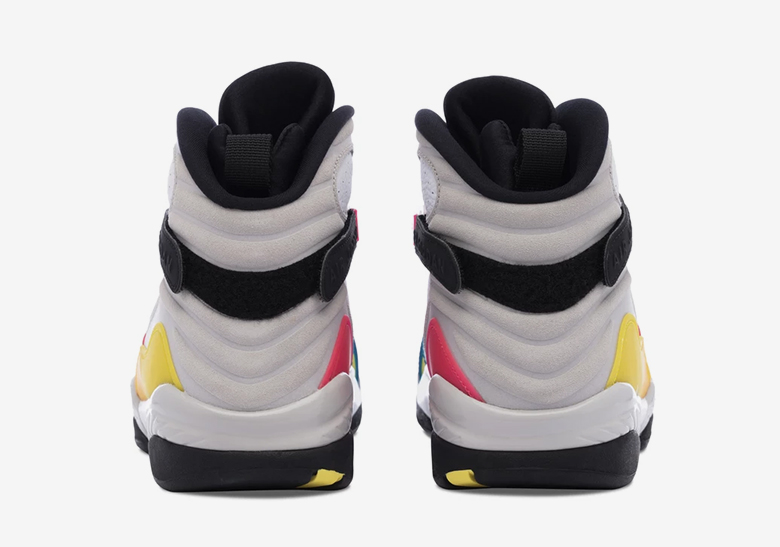