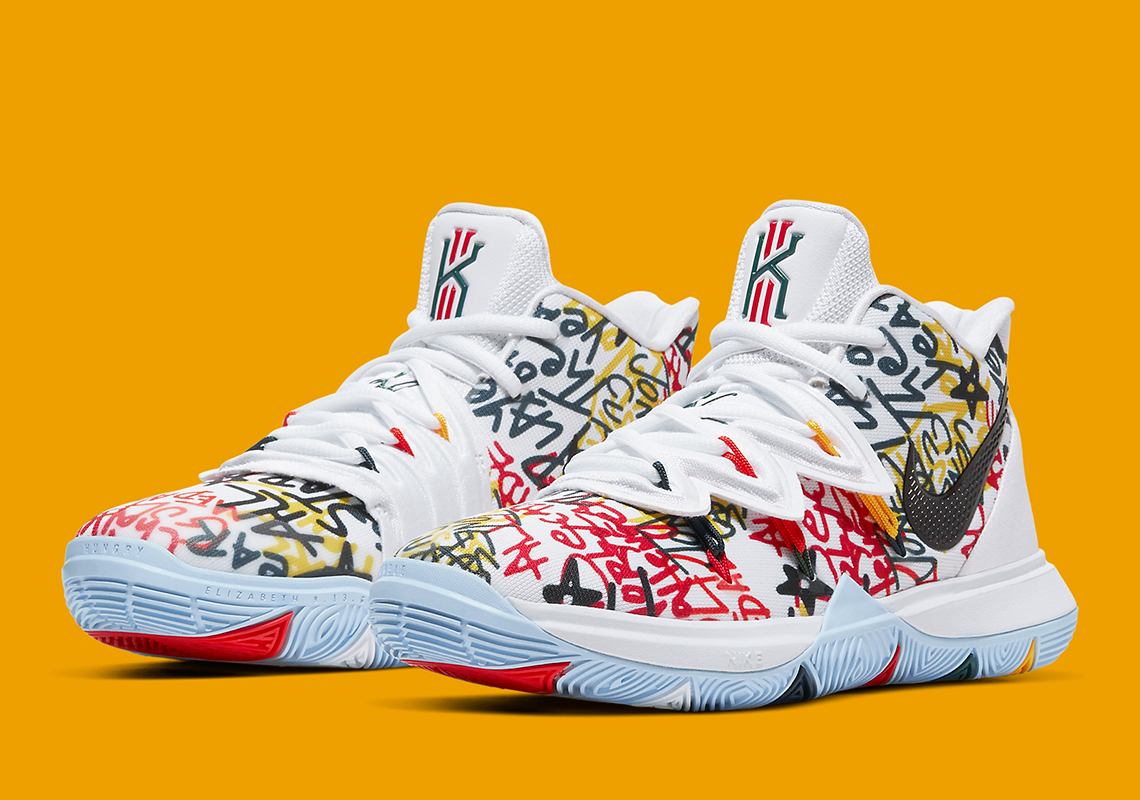 One of Nike’s foremost female hoopers and partner of fellow Swoosh Brand star athlete/USWNT hero Megan Rapinoe, Sue Bird has been known to rock some heat both on/off the court, and now one of her special Nike Kyrie 5 PEs is set to release in grade school sizes. Dubbed the “Keep Sue Fresh,” these unique hoop shoes were originally bequeathed to Bird due to Kyrie Irving himself. Irving has been effusive in his praise for Bird, dubbing her the “greatest point guard to ever play,” and this colorway earned its moniker from a conversation Irving had with the Nike Basketball team, in which he requested that she always had special makeups from his signature line.

Compelling story aside, the shoes present an undeniably striking look, with a white upper that’s coated in hand-scrawled red, green, and yellow text for a nod to the colors of Bird’s Seattle Storm. “#Keep Sue Fresh!” is embroidered in black thread on the white heel counter, while further bold pops grace the Venus flytrap-inspired lace overlay. The only difference from the original PE edition then appears on the bottom half, as the original icy translucent sole is swapped out for a light blue iteration, while the colored pod detailing remains unchanged. A release date has not yet been announced, but check out a full set of images below, expect a release on Nike.com for $110 USD soon, and stay tuned to our Sneaker Release Dates page for more info as it’s available. 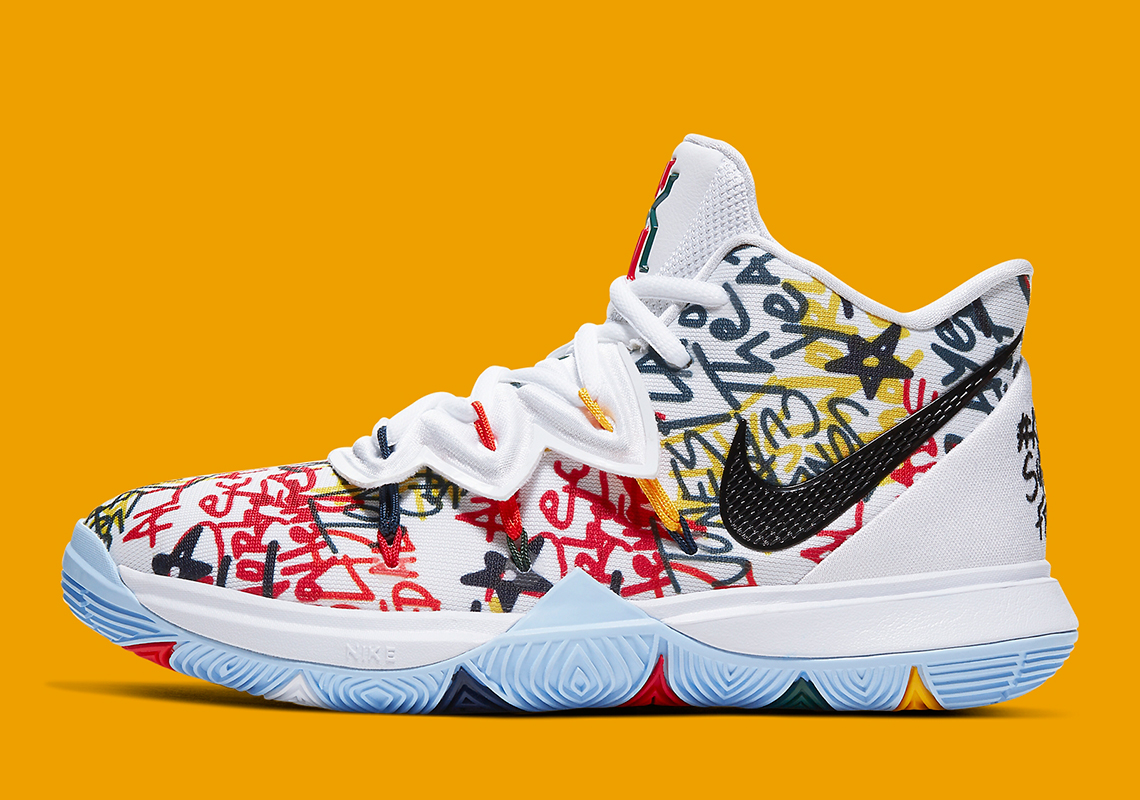 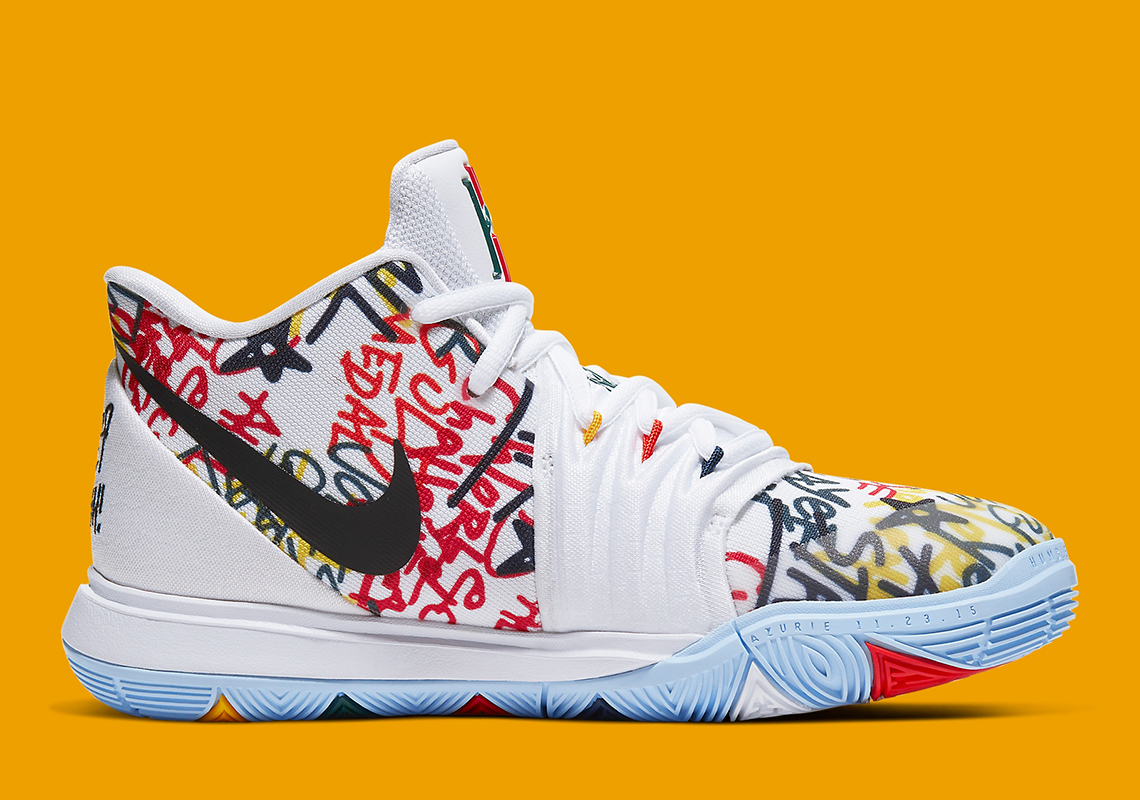 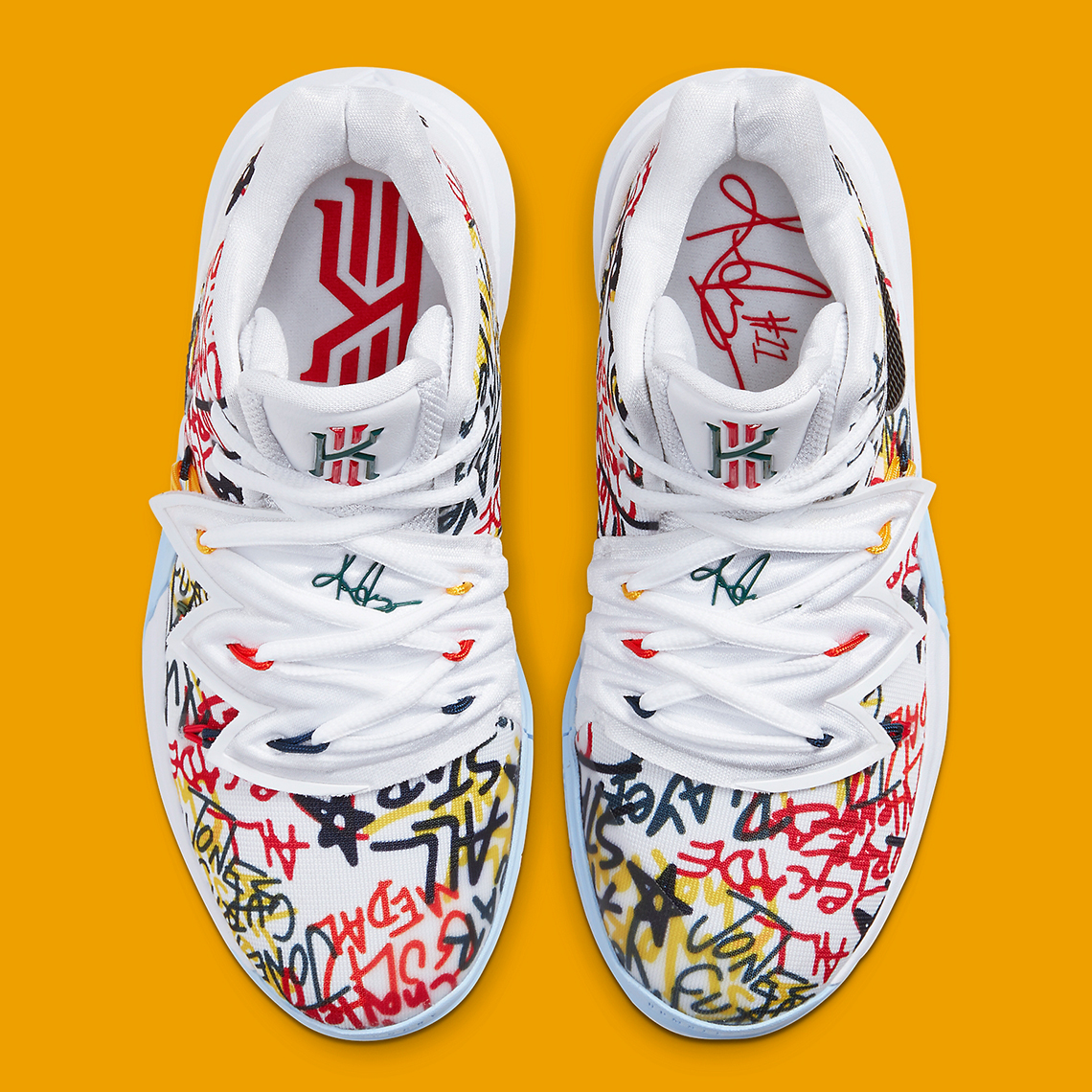 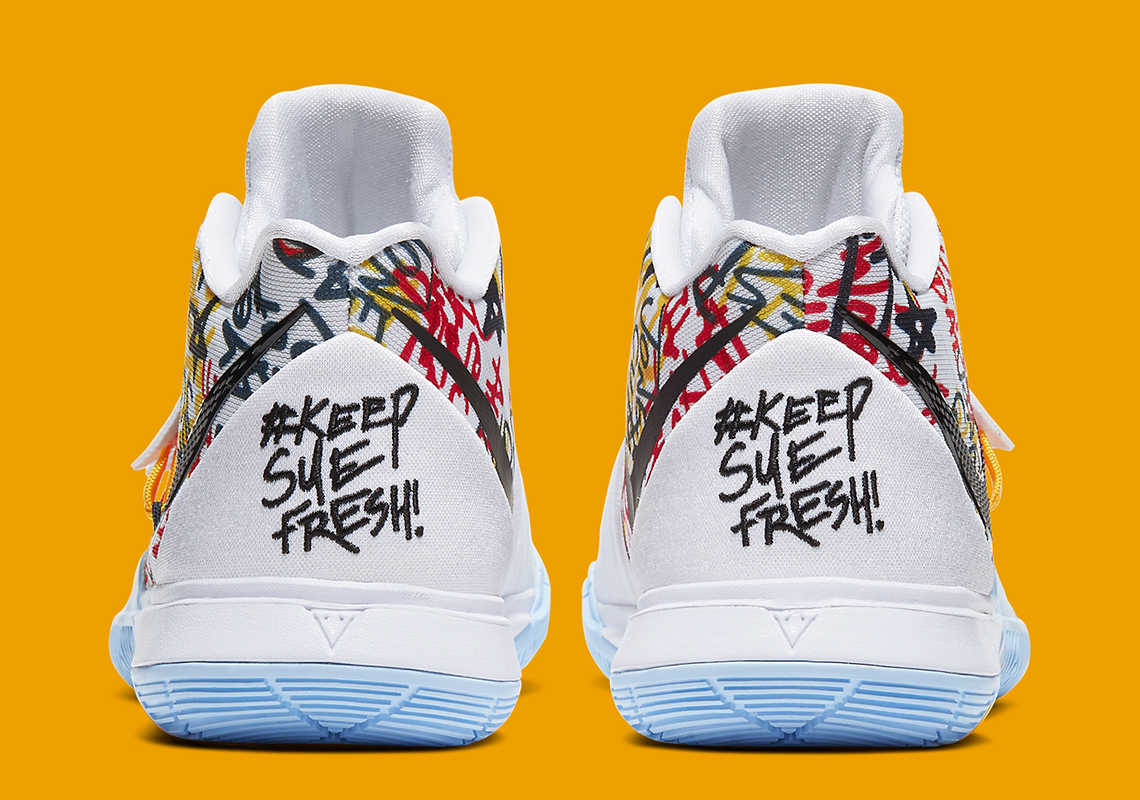 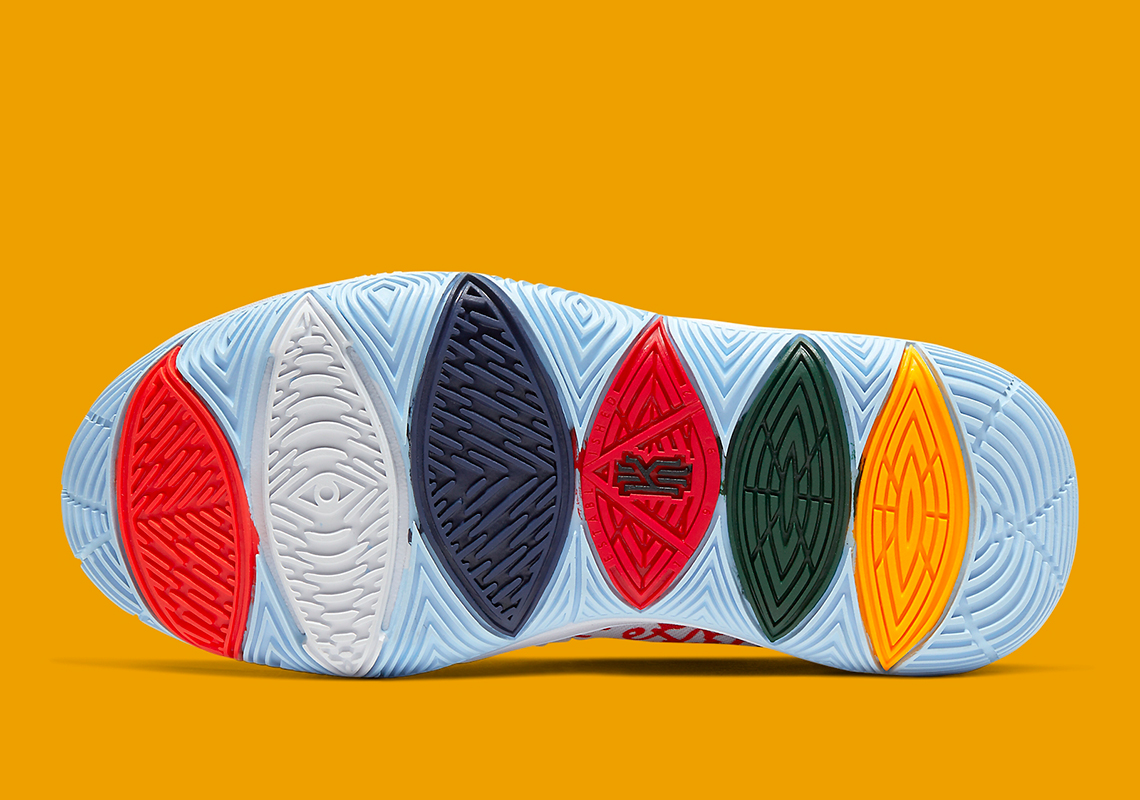