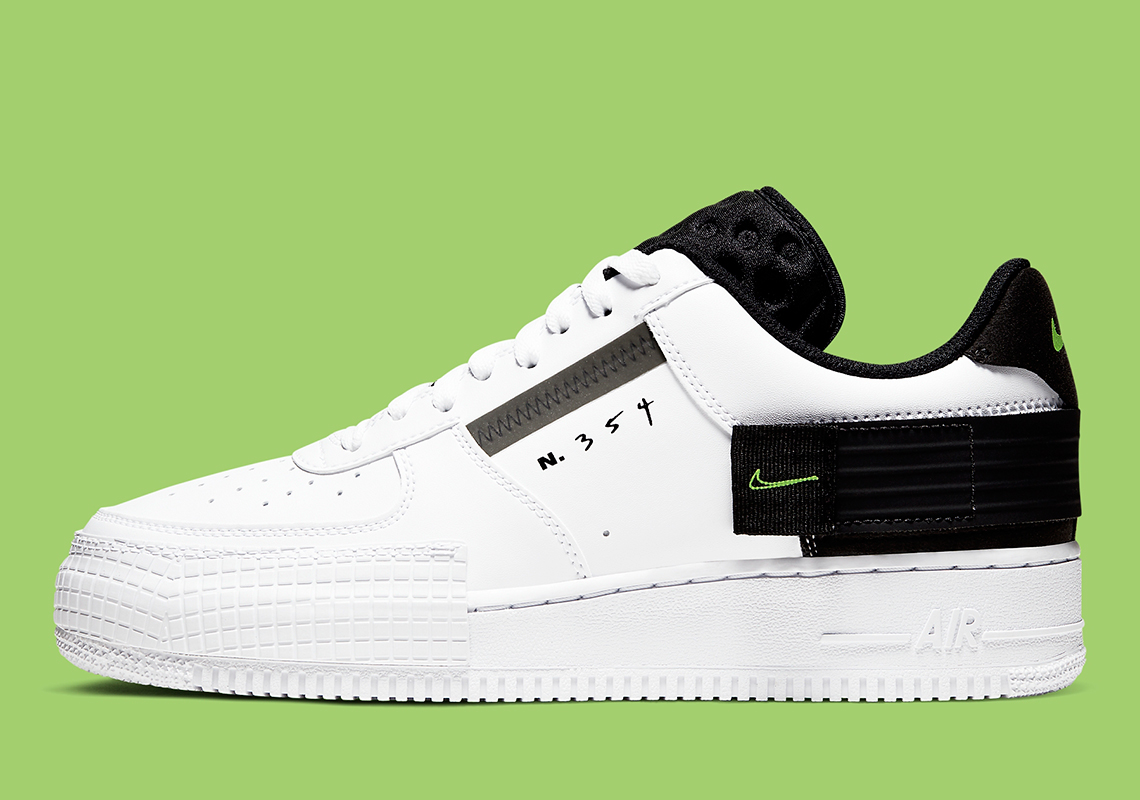 The Nike AF1-Type Adds Hints Of Volt On The Logos

Nike’s Air Force 1 Low has received many a reinterpretation during its decades-long run on the market, and in 2019 the majority of those alternate stylings have come by way of the Air Force 1 Type, a deconstructed design that’s now appeared with a little vivid detailing. Part of Nike’s N.354 family — which also includes silhouettes like the Drop Type LX and the Huarache Type — these modified shoes add texture by removing the standard lateral midfoot Swoosh and adding a wrap-around Velcro heel tab, a pockmarked neoprene tongue, and translucent taped detailing on the medial midfoot. There’s also a slight taped hit plus a hand-scrawled N.354 graphic on the lateral midfoot, and and extra piece of rubber on the toe cap that calls to mind images of car tires with its bold pattern. Although the shoe opts almost exclusively for a stark white/black mix, there’s a couple pops of neon to be had here as well, with rough-hewn Swooshes on the heel tabs/straps and colorful piping towards the inside heel. They’re set to release this fall for $140 USD, so check out a store list and full set of official images directly below while you wait. 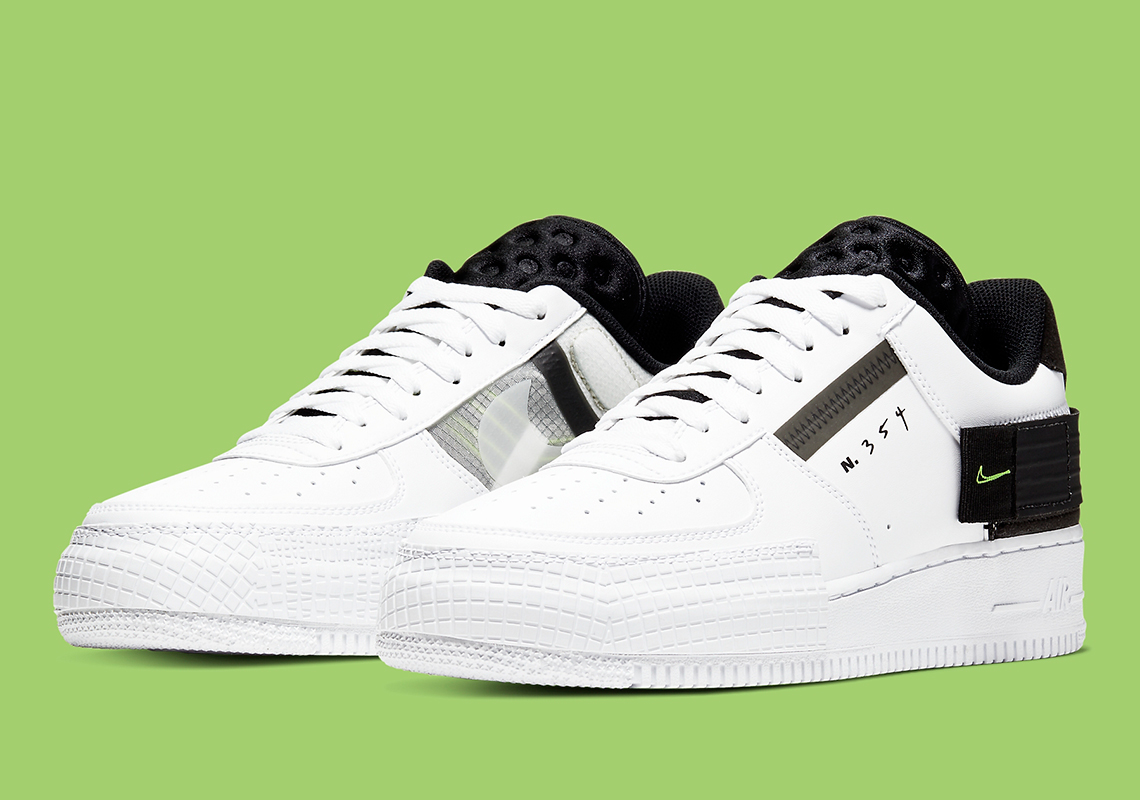 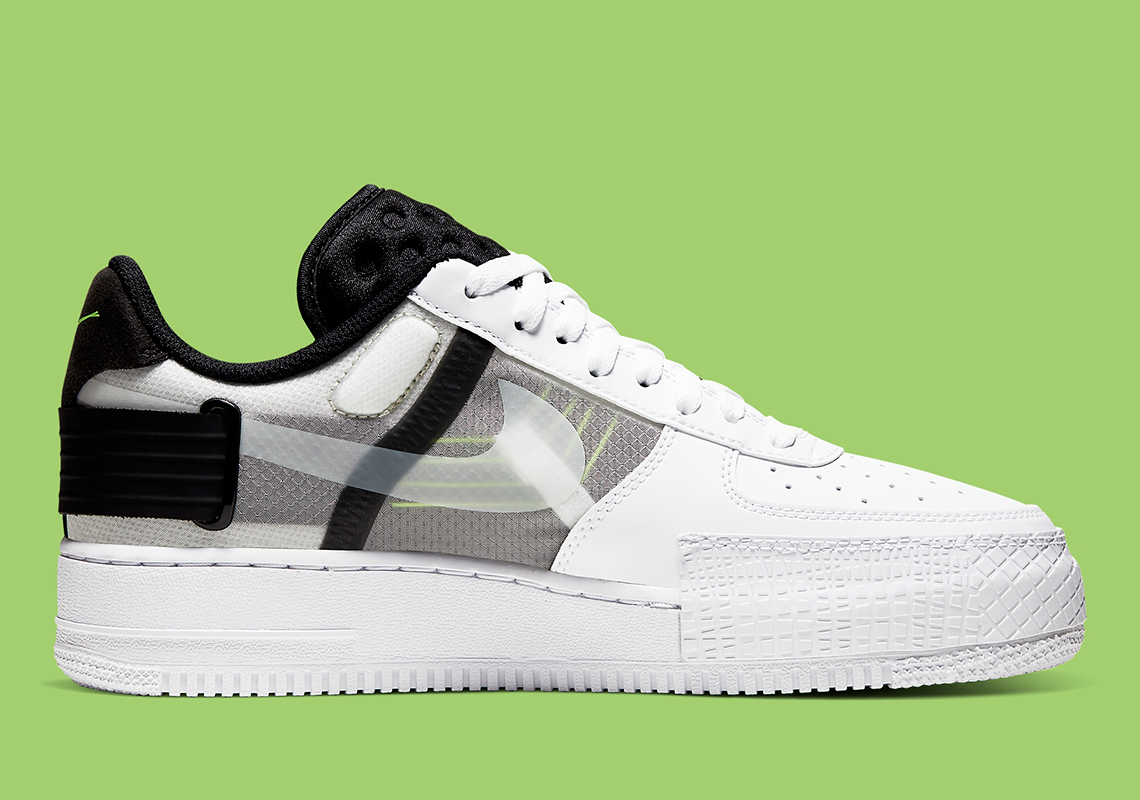 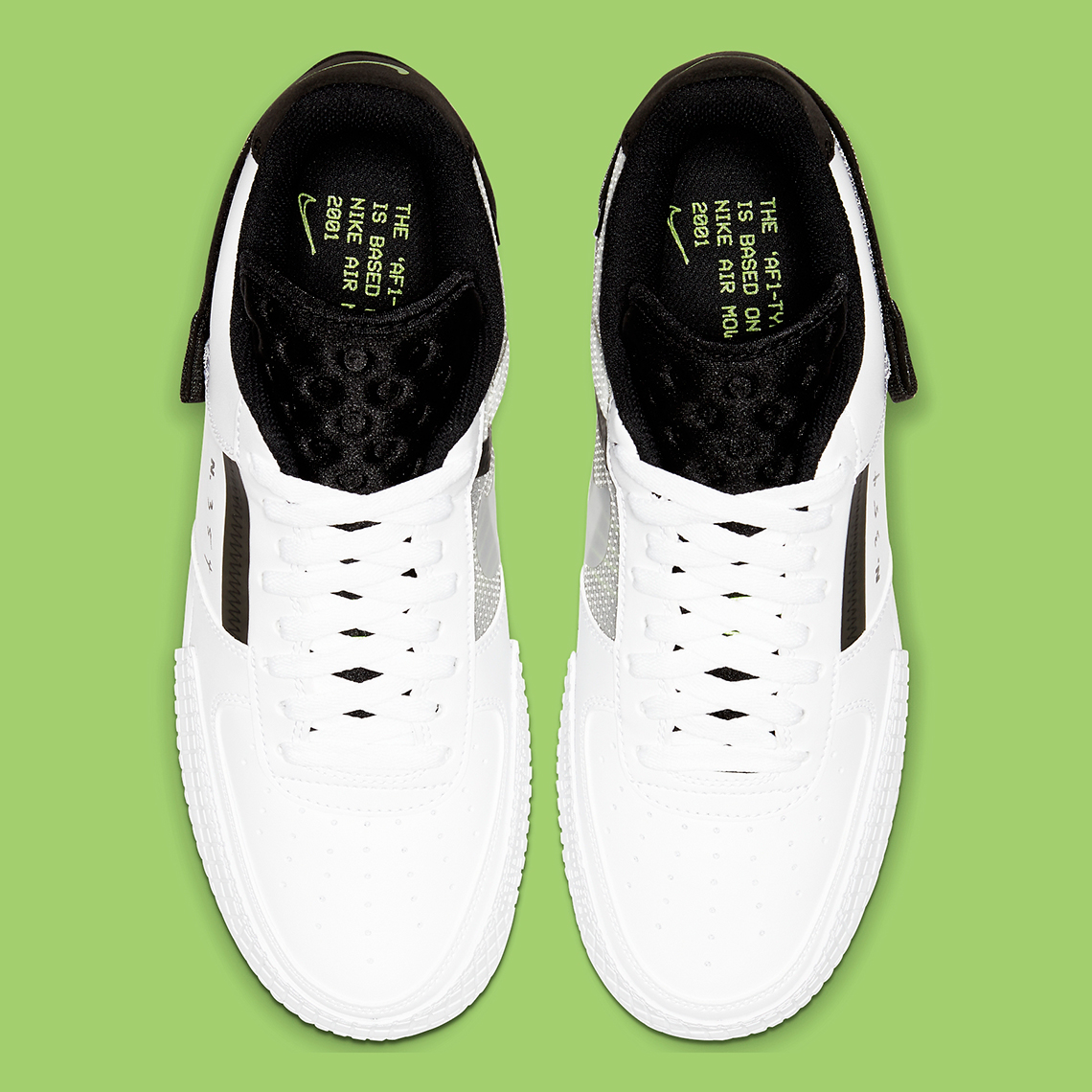 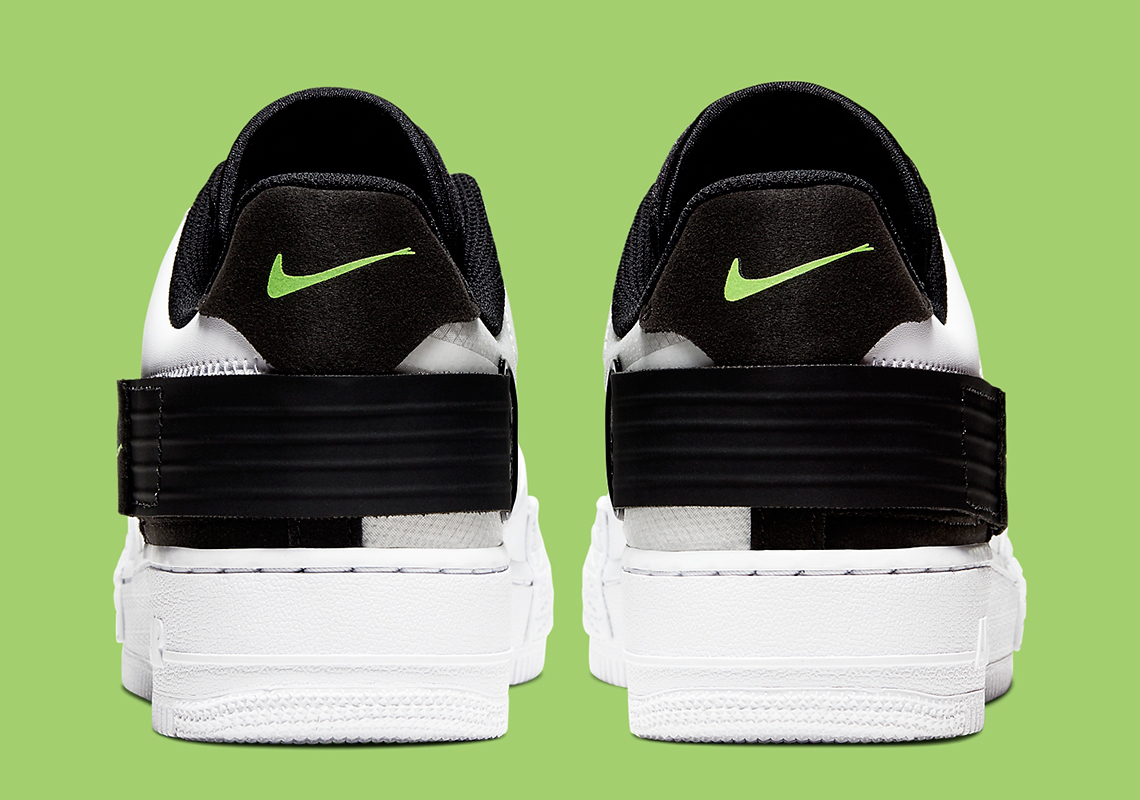 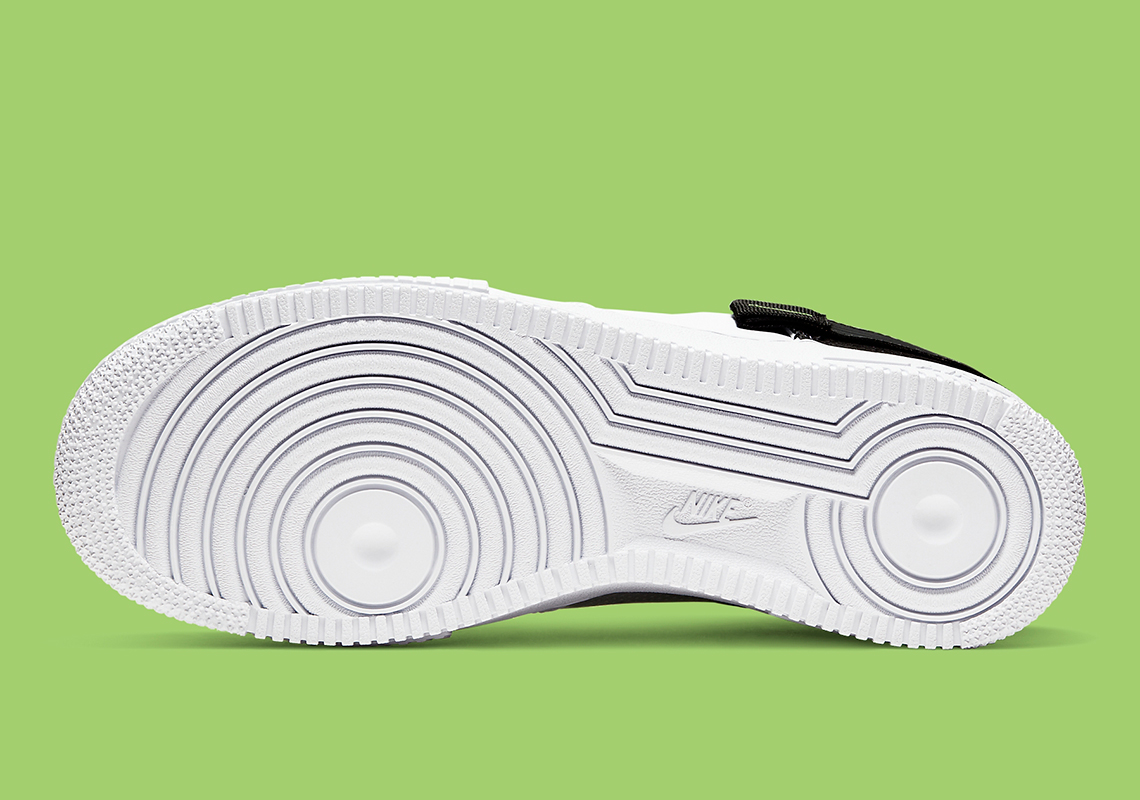