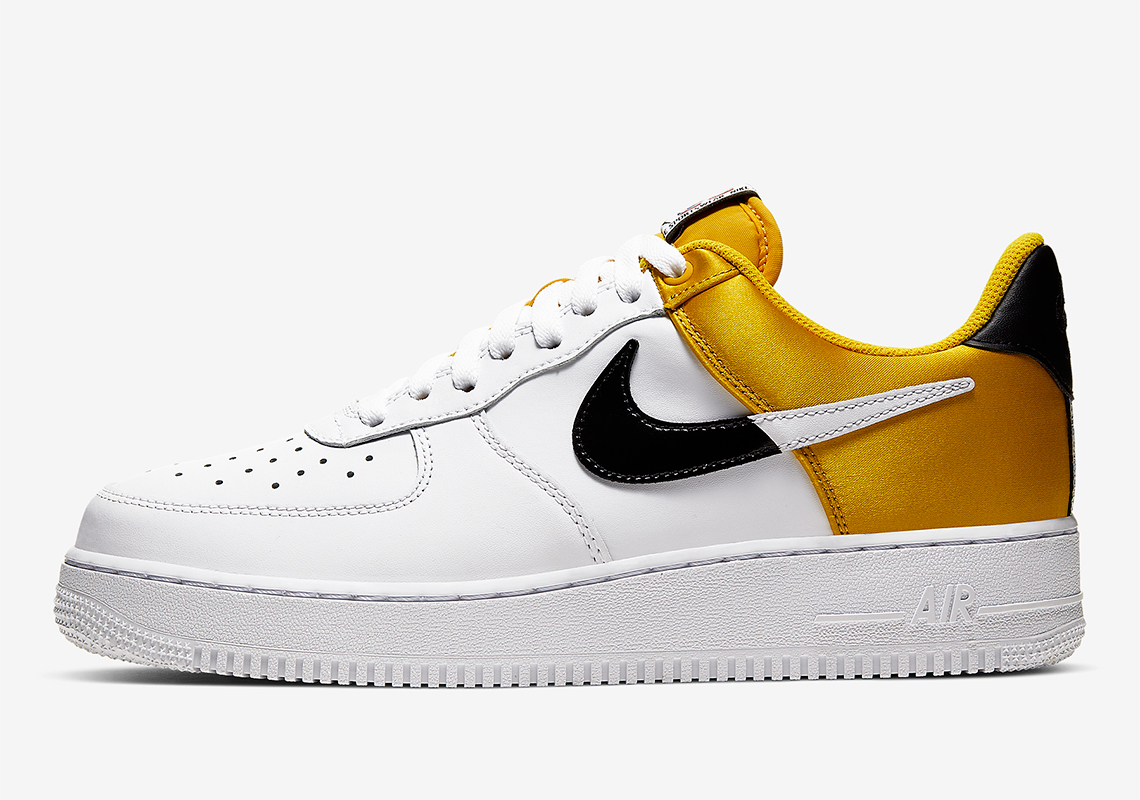 With the start of the NBA regular season set to commence next month, Nike Sportswear and the NBA are looking to stir up some excitement for the fans by joining forces once again on a brand new Air Force 1 Low. Similar to the NBA Air Force 1 High models that were revealed a couple of weeks ago, this rendition bears a three-toned color scheme featuring a classic white leather base that runs from forefoot to midfoot with branding from the Association found on the tongues and heel stripes, and thus transitions into a split-colored black/white Swoosh, black heel tab, and yellow satin heel panels for a contrasting pop of color. While it’s still unclear which team this pair is connected to, these AF1s can side with several franchises in the league including the Golden State Warriors, LA Lakers, and even the Toronto Raptors (on their annual OVO “Drake Nights”) given the nature of its golden accents. These are now available for purchase on Nike.com, so expect other team-focused colorways to drop at Nike retailers in the coming weeks for $100. 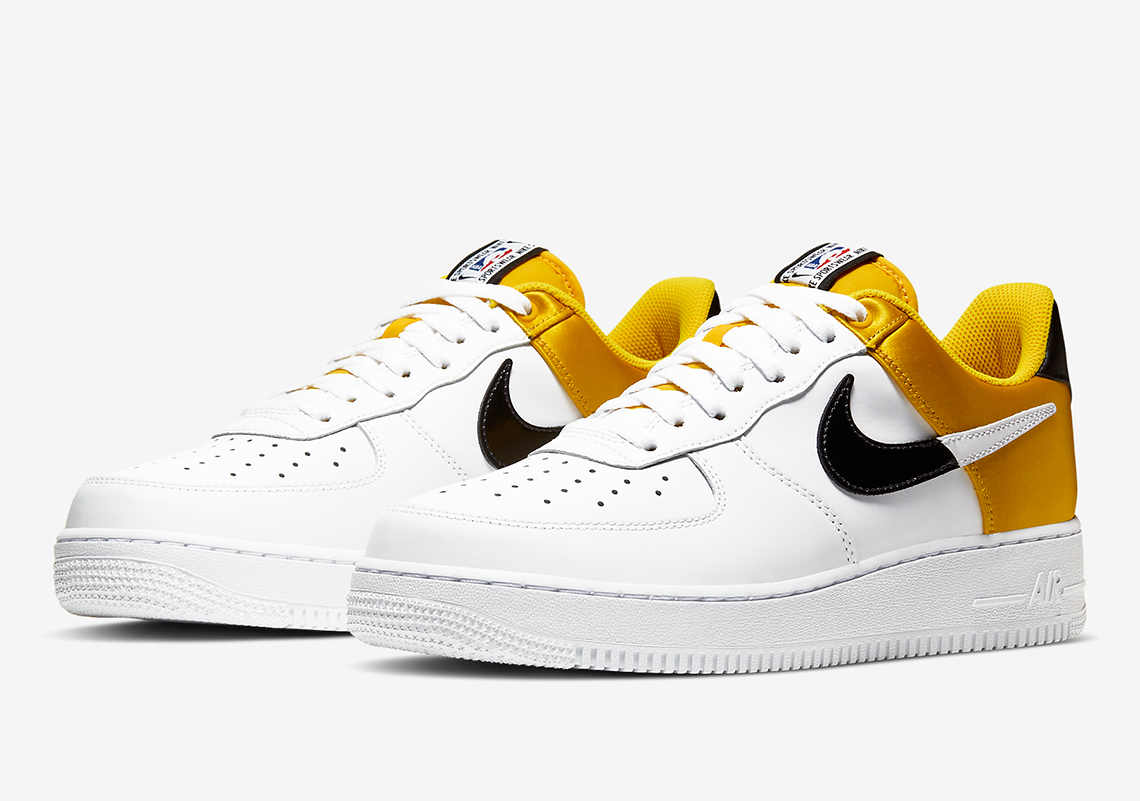 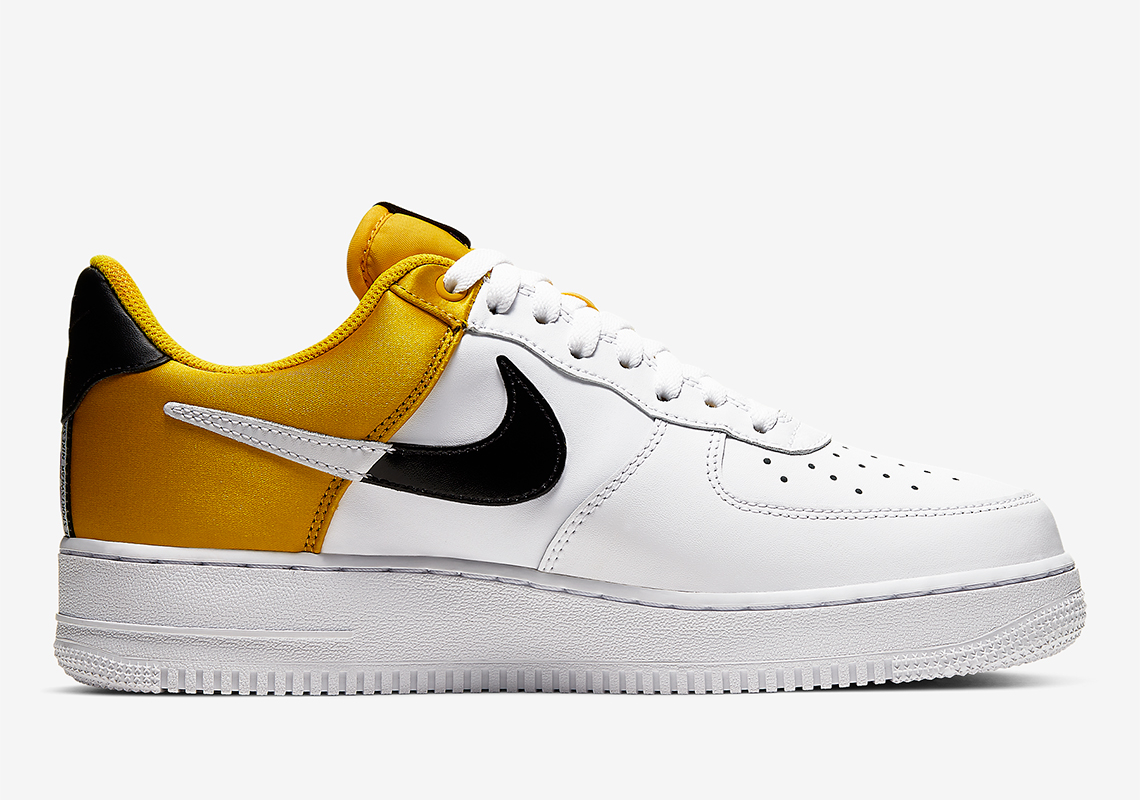 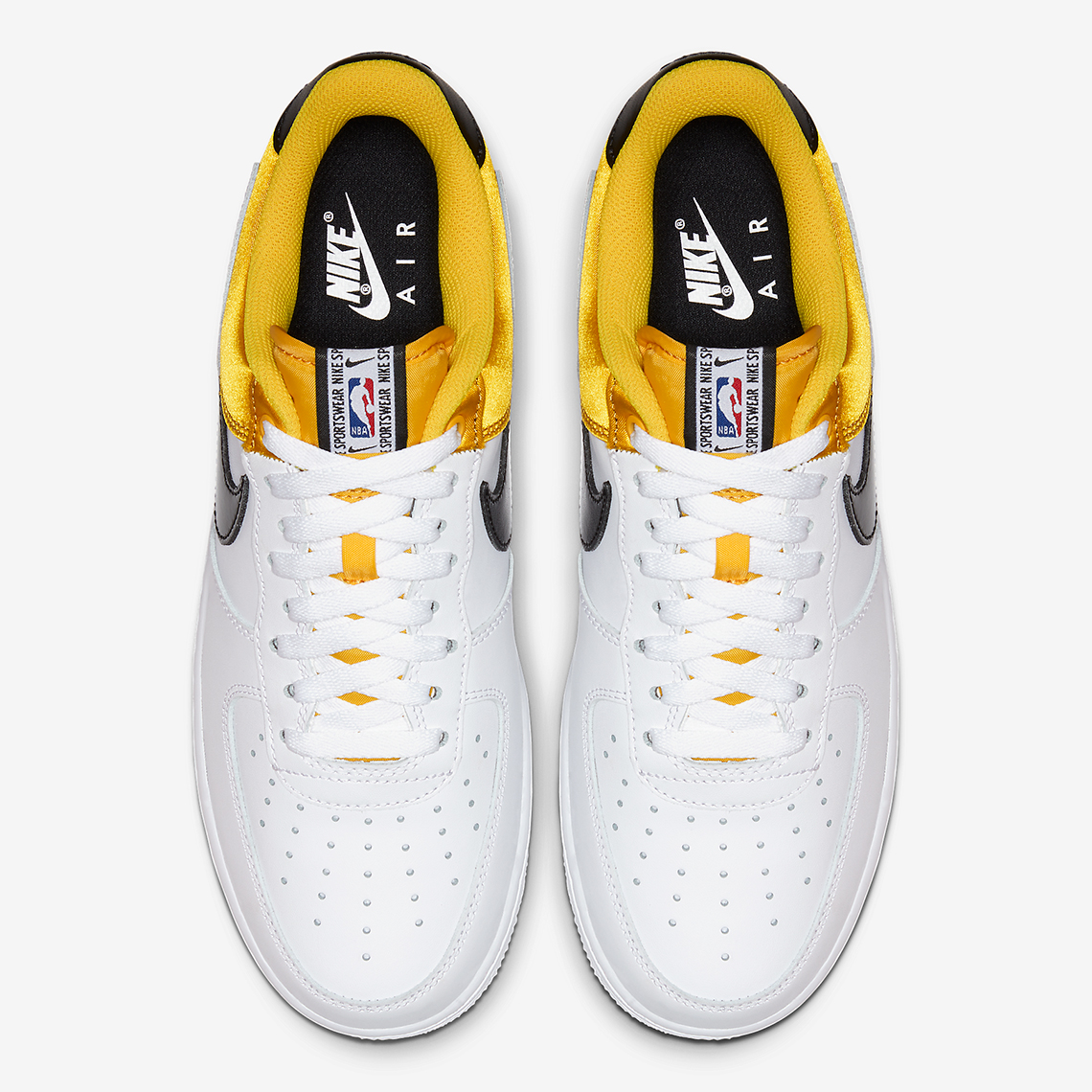 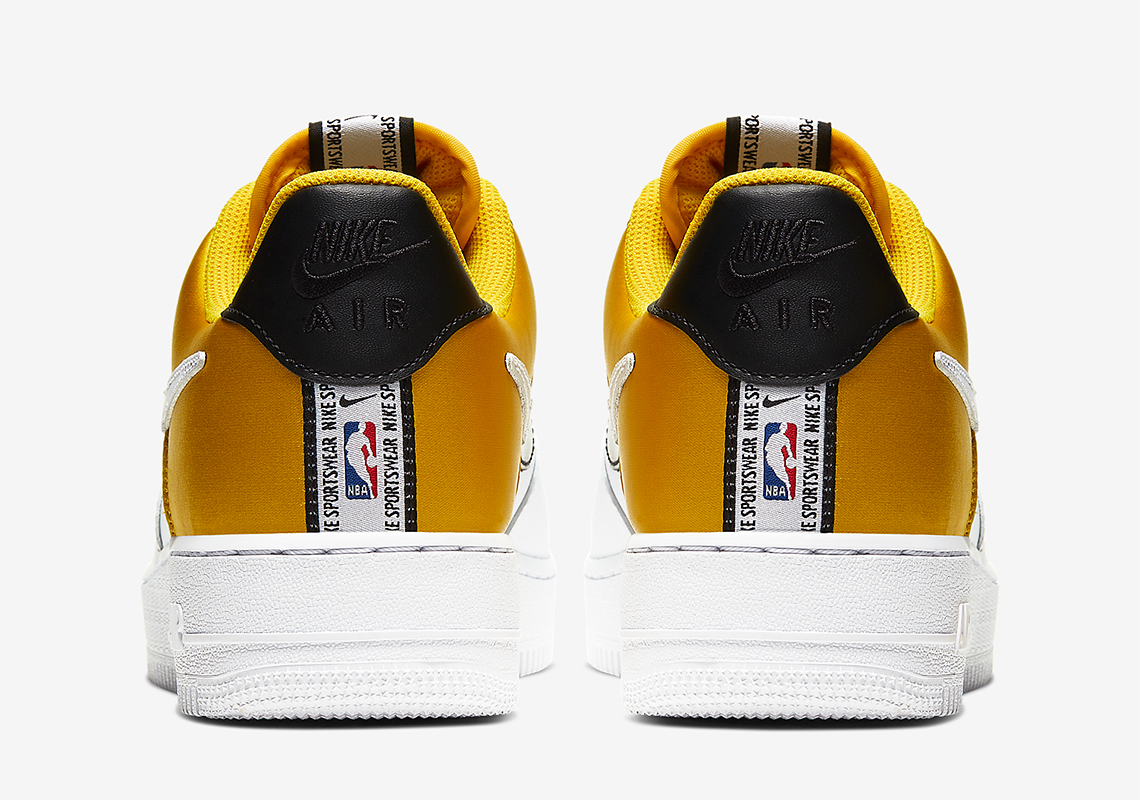 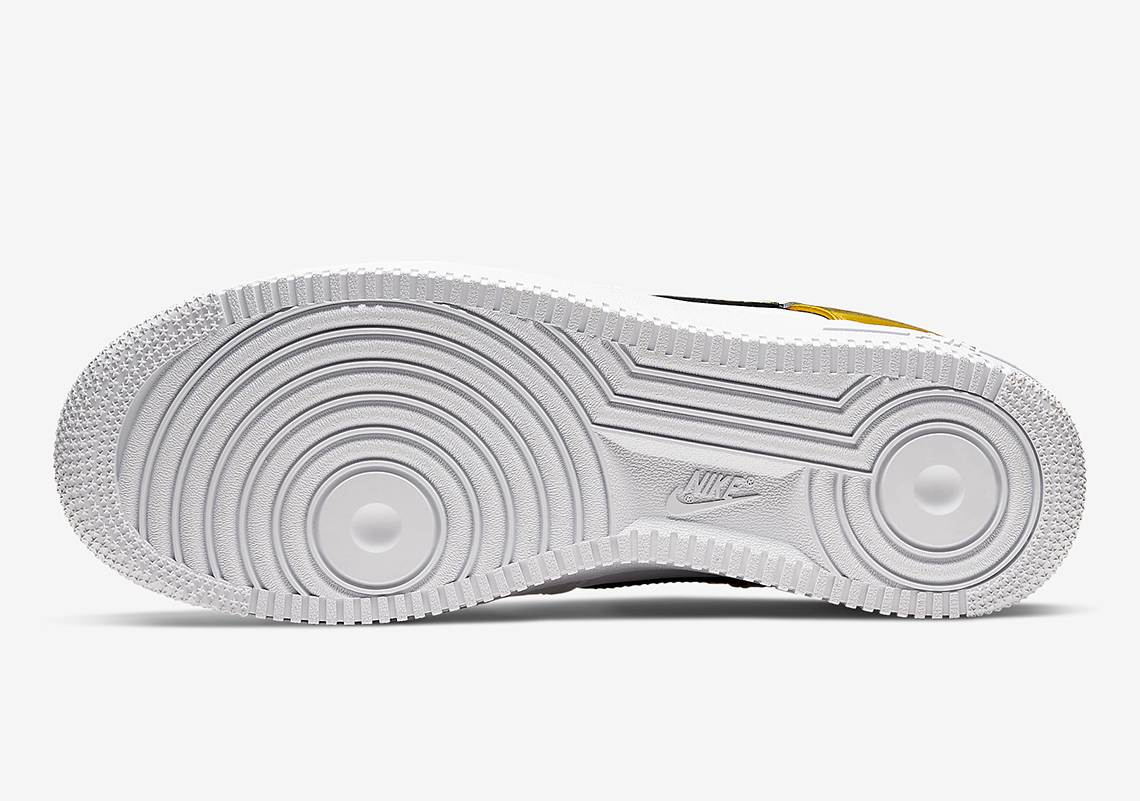