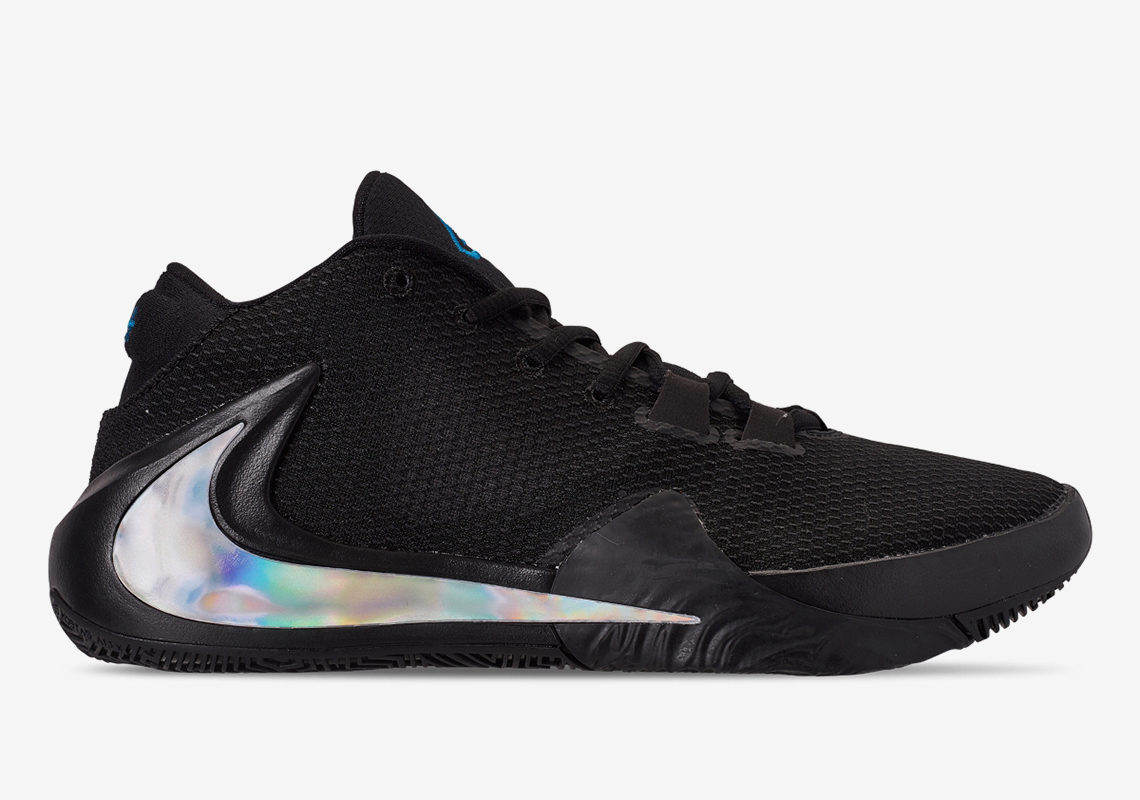 Giannis Antetokounmpo‘s Nike Zoom Freak 1 has been chugging along at a steady pace this summer/fall, keeping the 24-year old reigning league MVP’s name towards the top of the basketball world’s headlines. Now, his signature Nike shoes are set to release in a new makeup that’s equipped with some ultra-bold Swoosh graphics. The mesh upper is dressed entirely in black, with the only deviations arriving on the tongue and heel, both of which feature bold pops of Greek-style “Photo Blue.” Although this is rather straightforward, the midsole is anything but. The large backward Swoosh on the lateral side that creeps up onto the heel and swoops forward to the midfoot is dressed in a shimmering iridescent silver, making for a stylish accent that practically jumps off of its stark background. To complete the look, the outsole then offers its standard tributes to the Greek Freak’s family, infusing heartfelt meaning with the powerful performance provided by the double-stacked Zoom Air in the heel. These new Freak 1s are set to release on September 27th for $120 USD, so check out a store list below to see where you can secure a pair. 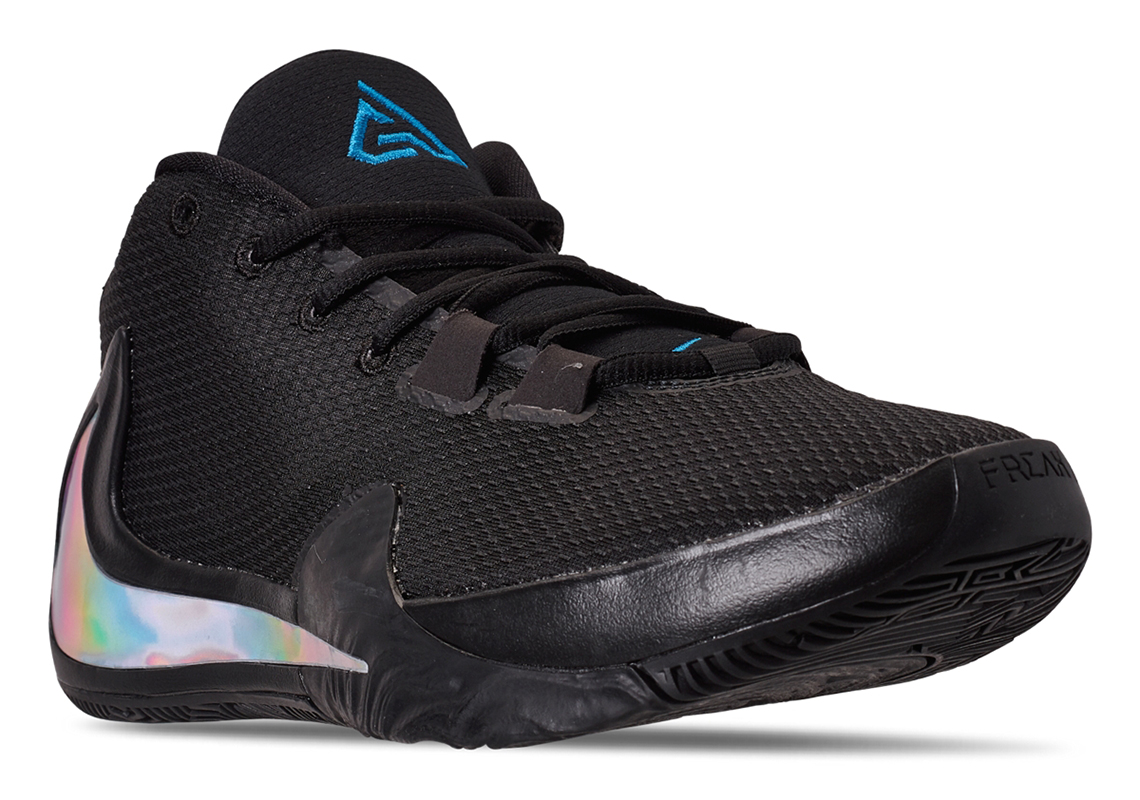 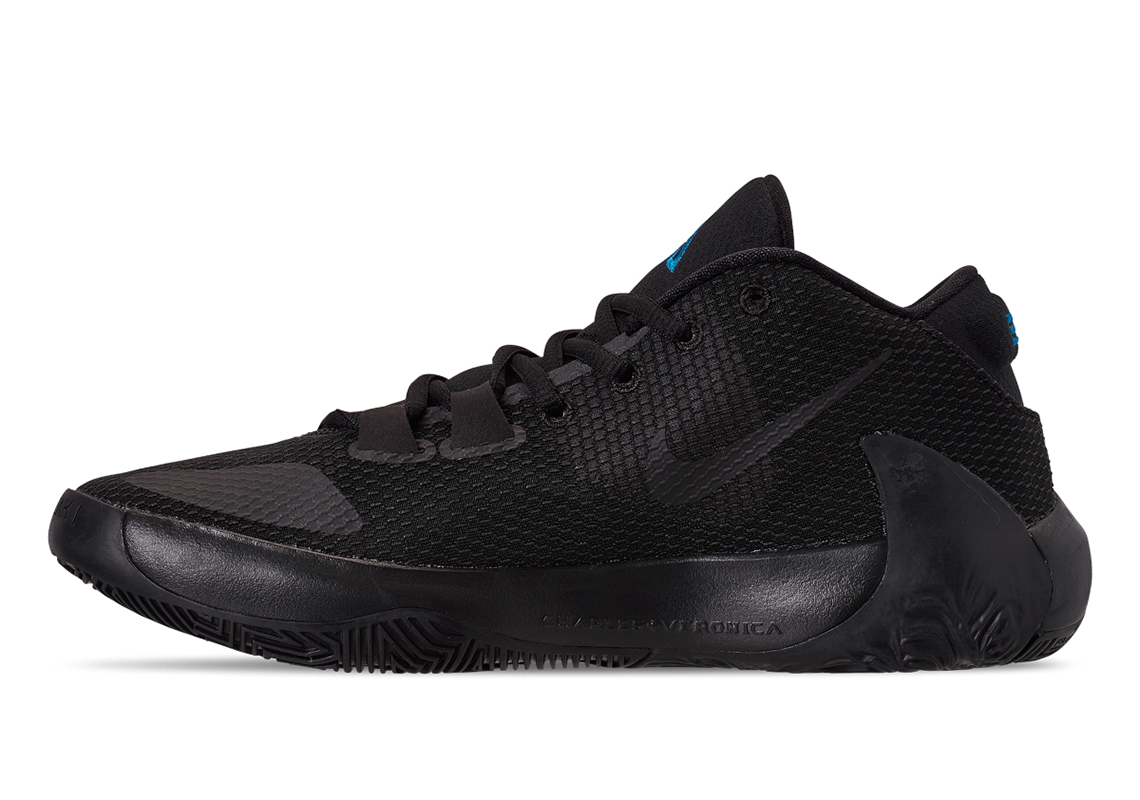 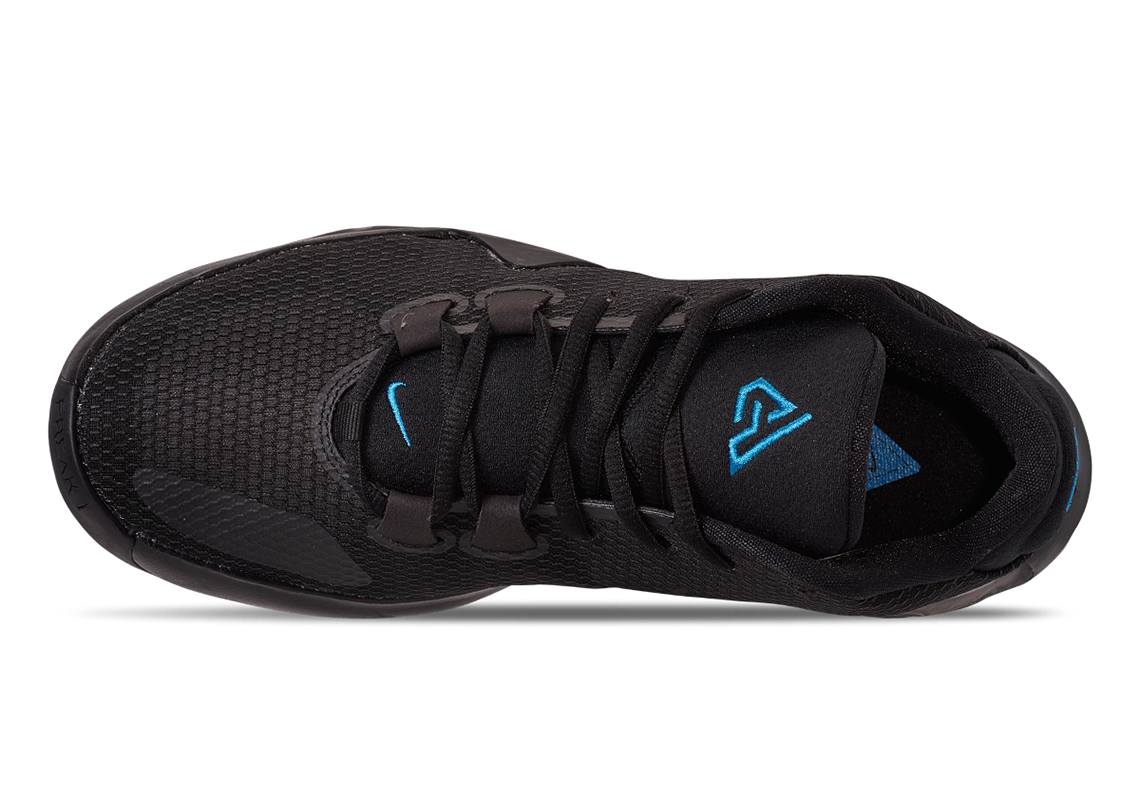 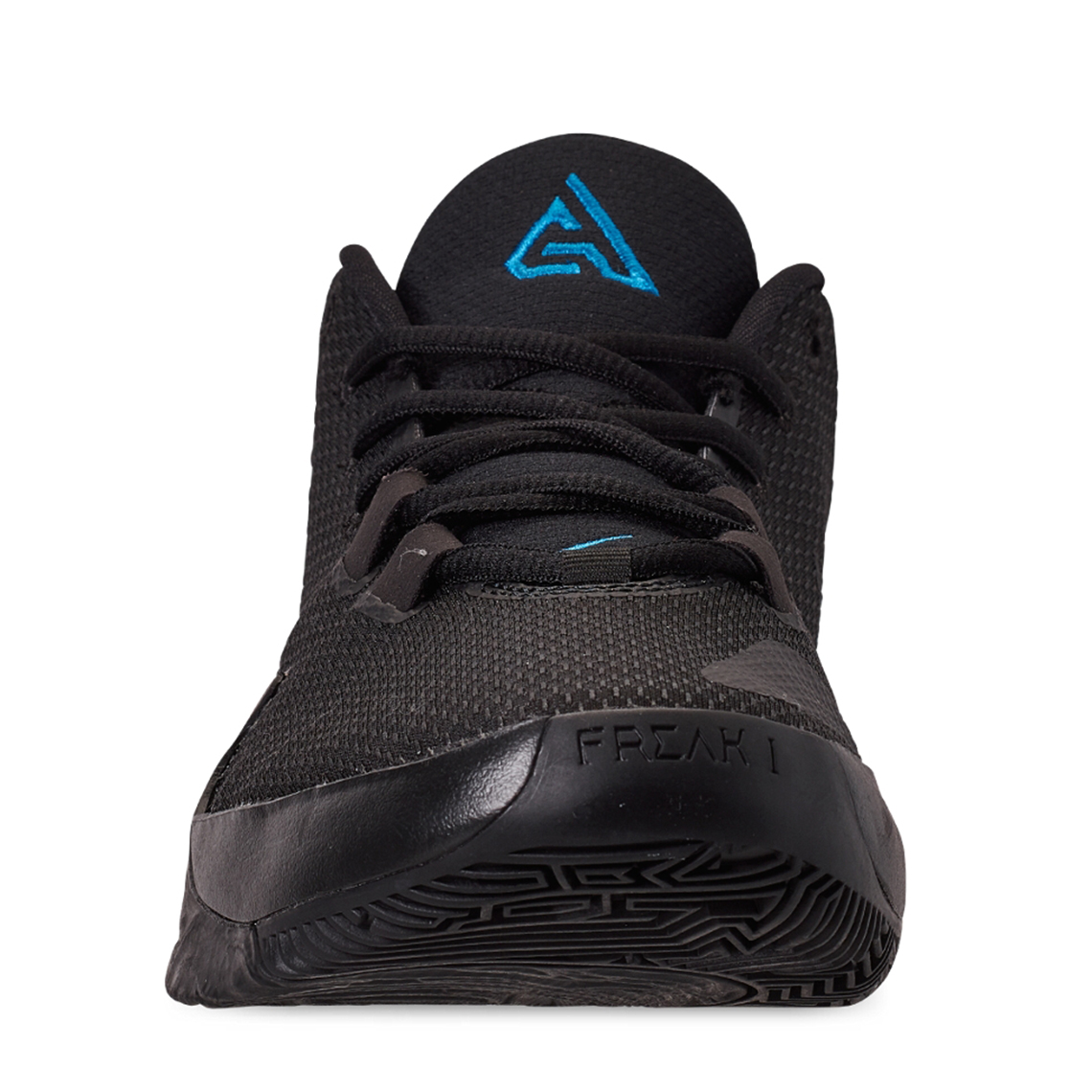 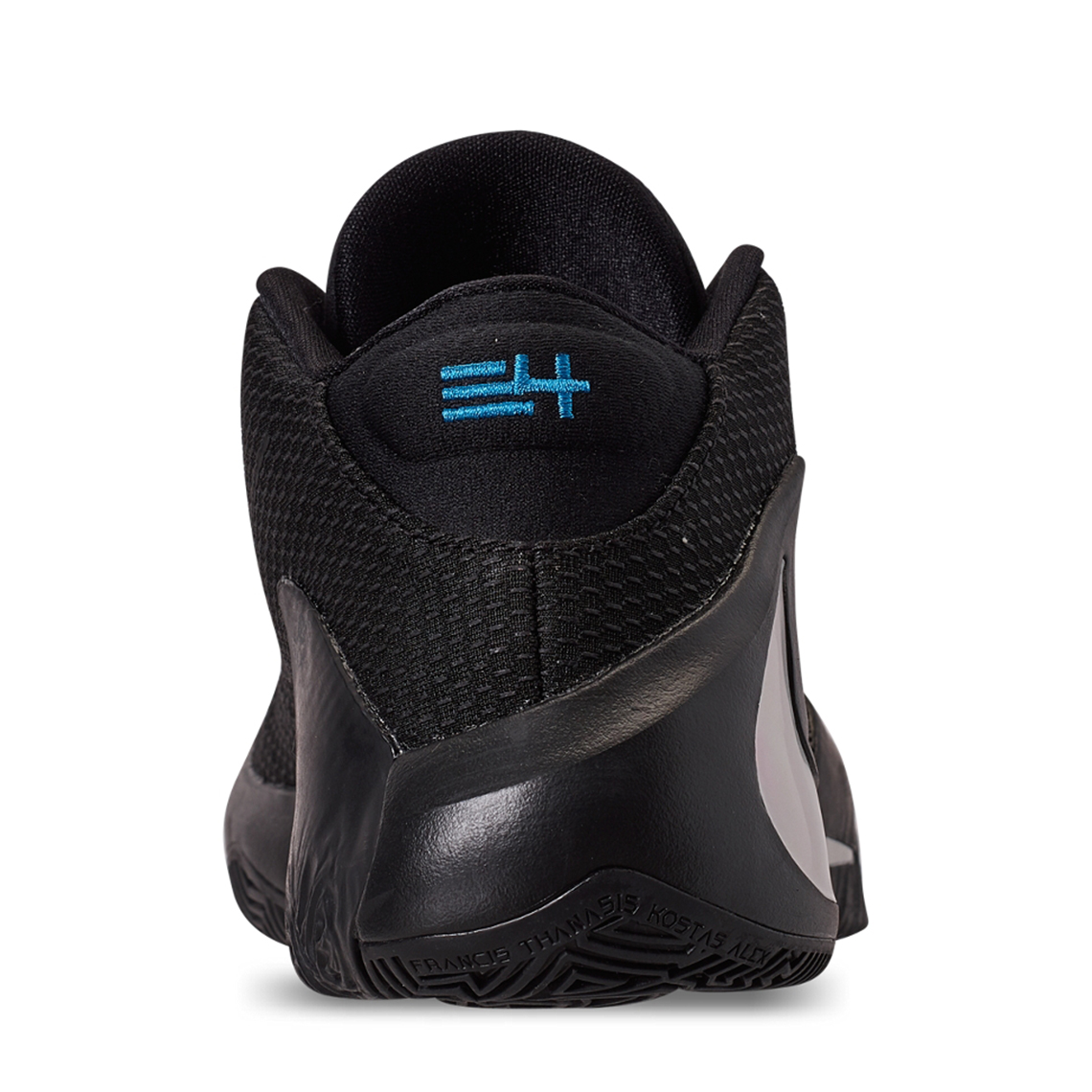 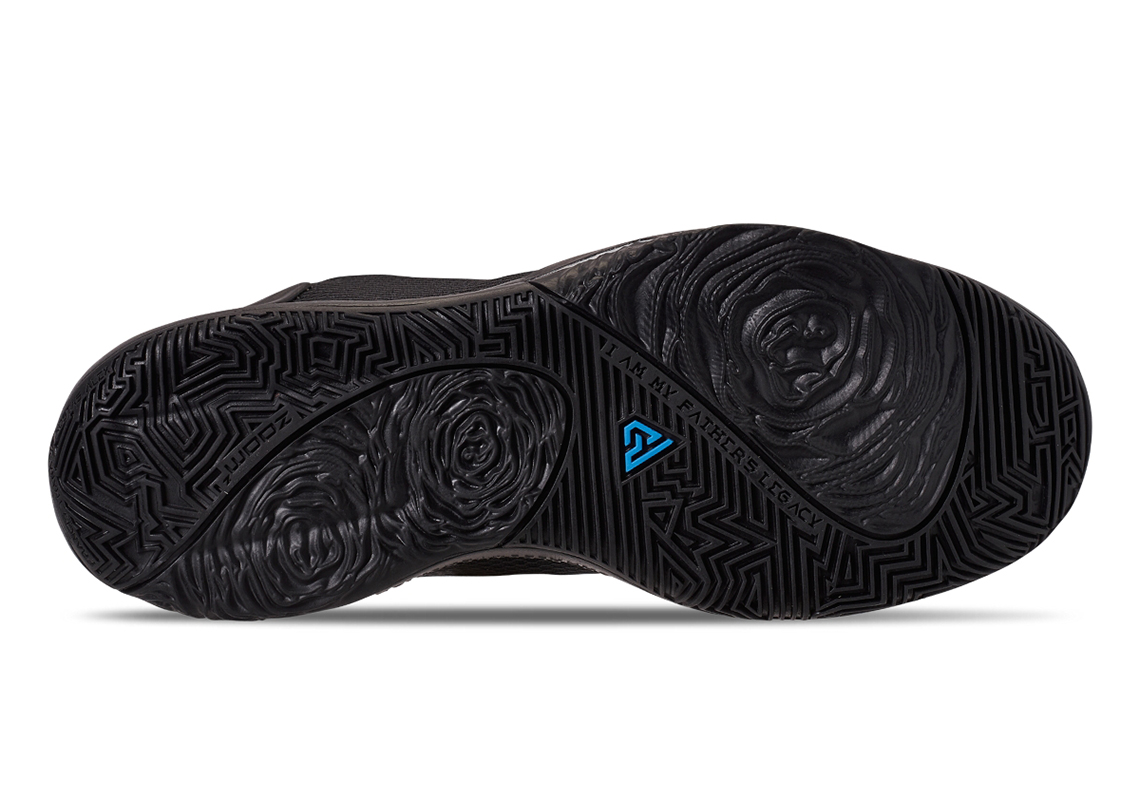