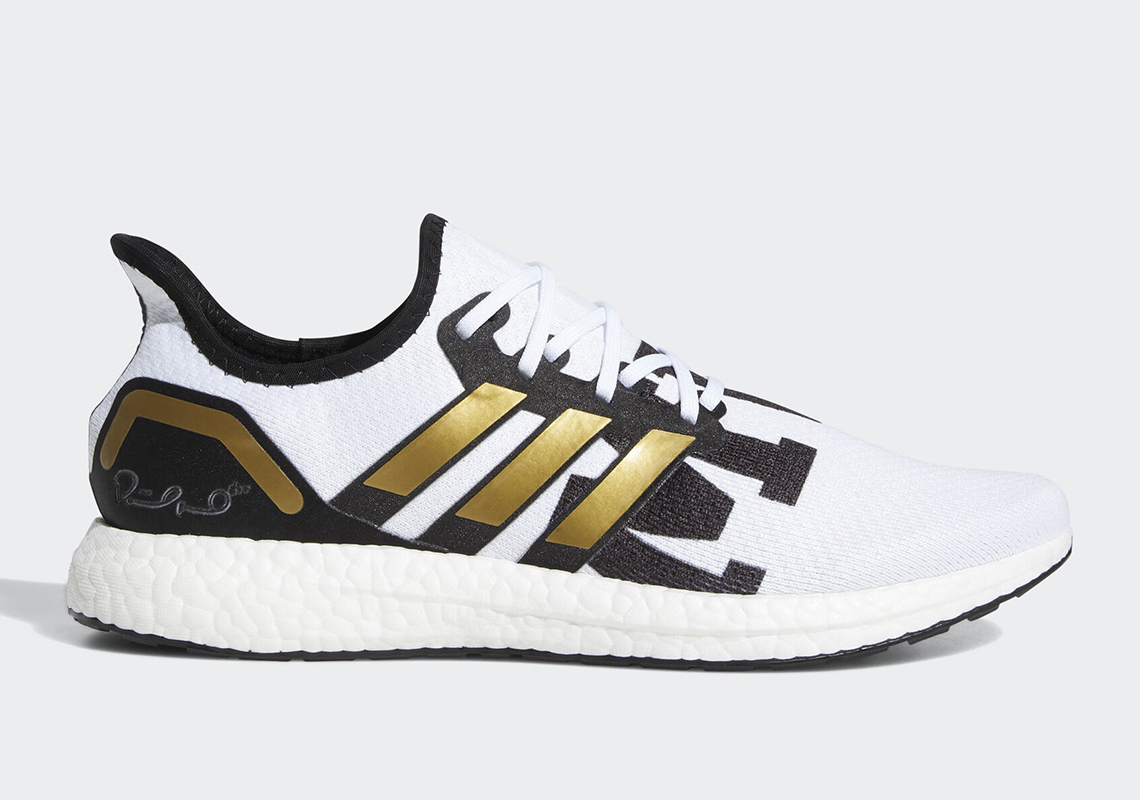 NFL MVP Pat Mahomes Is Dropping An adidas AM4 “Showtime”

Kansas City Chiefs QB and reigning NFL MVP Pat Mahomes is on top of his game once again this season, tossing at least three touchdown passes in KC’s first three games, while also throwing for over 300 yards in each contest as well. Now, he’s set to bring his impeccable on-field style into the world of footwear, thanks to a special MVP edition of the adidas AM4, dubbed the “Showtime.”

Featuring a simple black-and-white colorway with trophy-style accents, Mahomes’s adidas shoes let you know who they were made for right off the bat thanks to the large “MVP” block letters that run across the full width of the midfoot, colliding with the gold Three Stripe branding on each side. Another notable detail then appears on the heel tab, where the standard AM4 branding is gone, replaced by the ultra-talented QB’s autograph. Despite all the special detailing, this is still a high-speed piece of performance footwear, so the sleek upper is combined with a soft-and-supportive Ultra Boost-style midsole and a Continental rubber outsole to ensure their tech stacks up to their Most Valuable Player-caliber looks. They’re set to touch down on adidas.com on September 24th with a retail price of $150 USD, so enjoy a detailed set of images directly below in the meantime, and be sure to stay tuned to the Chiefs this season to see what amazing feats Mahomes, Jason Kelce, Sammy Watkins, Harrison Butker, and the rest of the talented team manage to pull off. 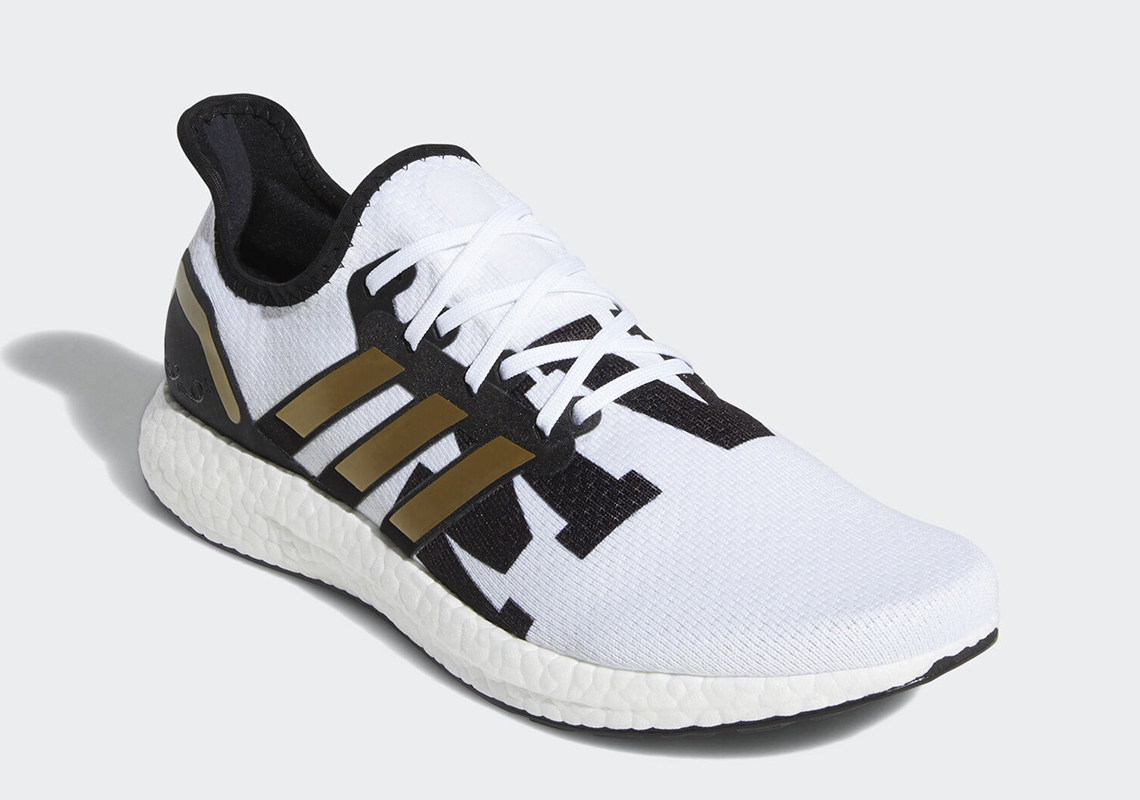 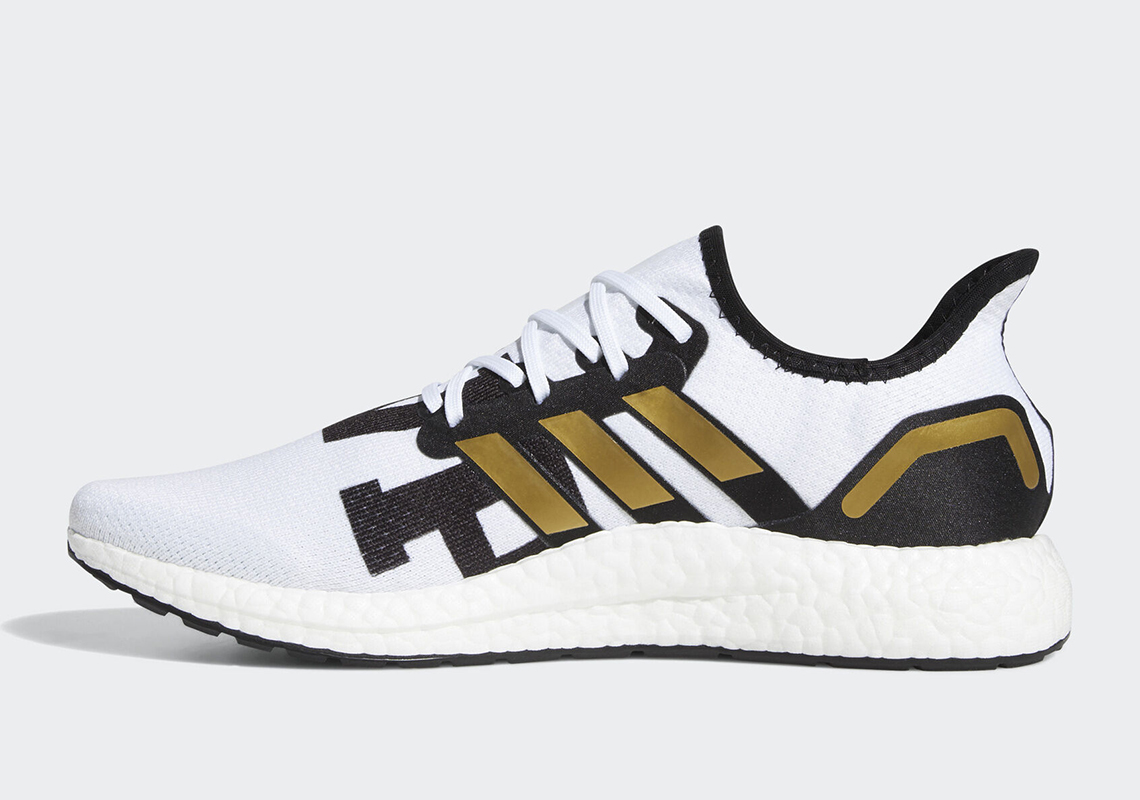 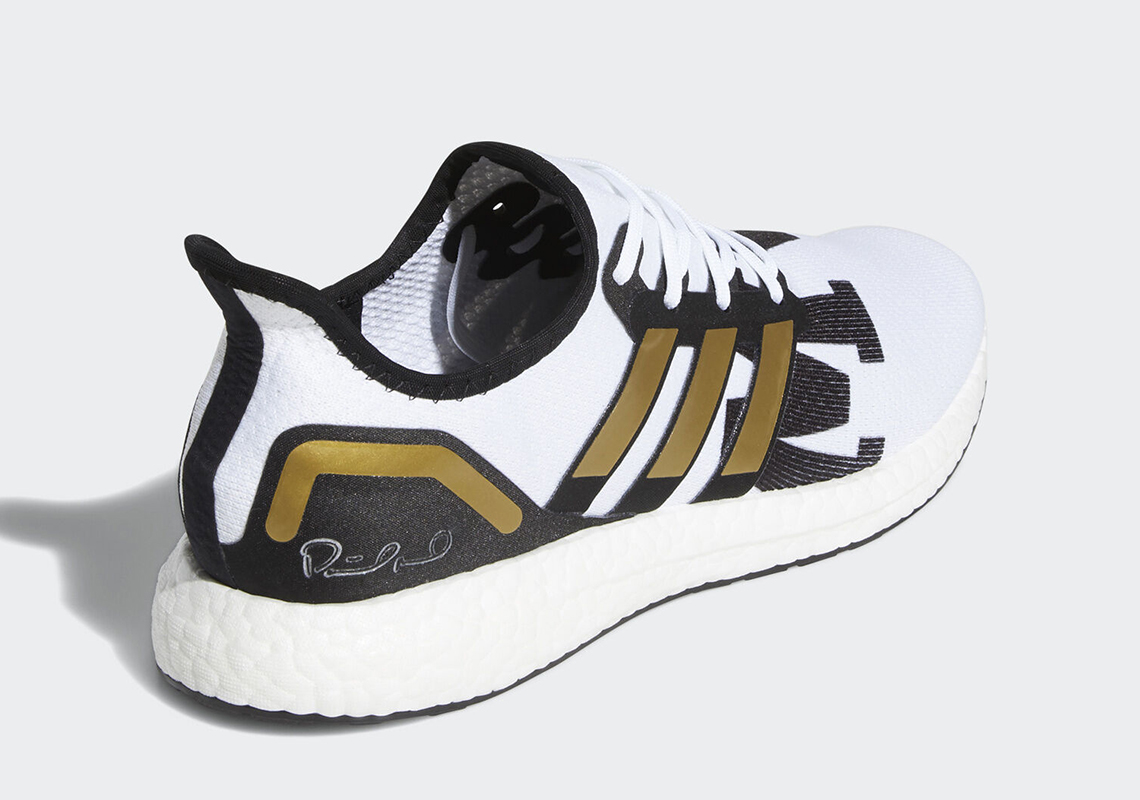 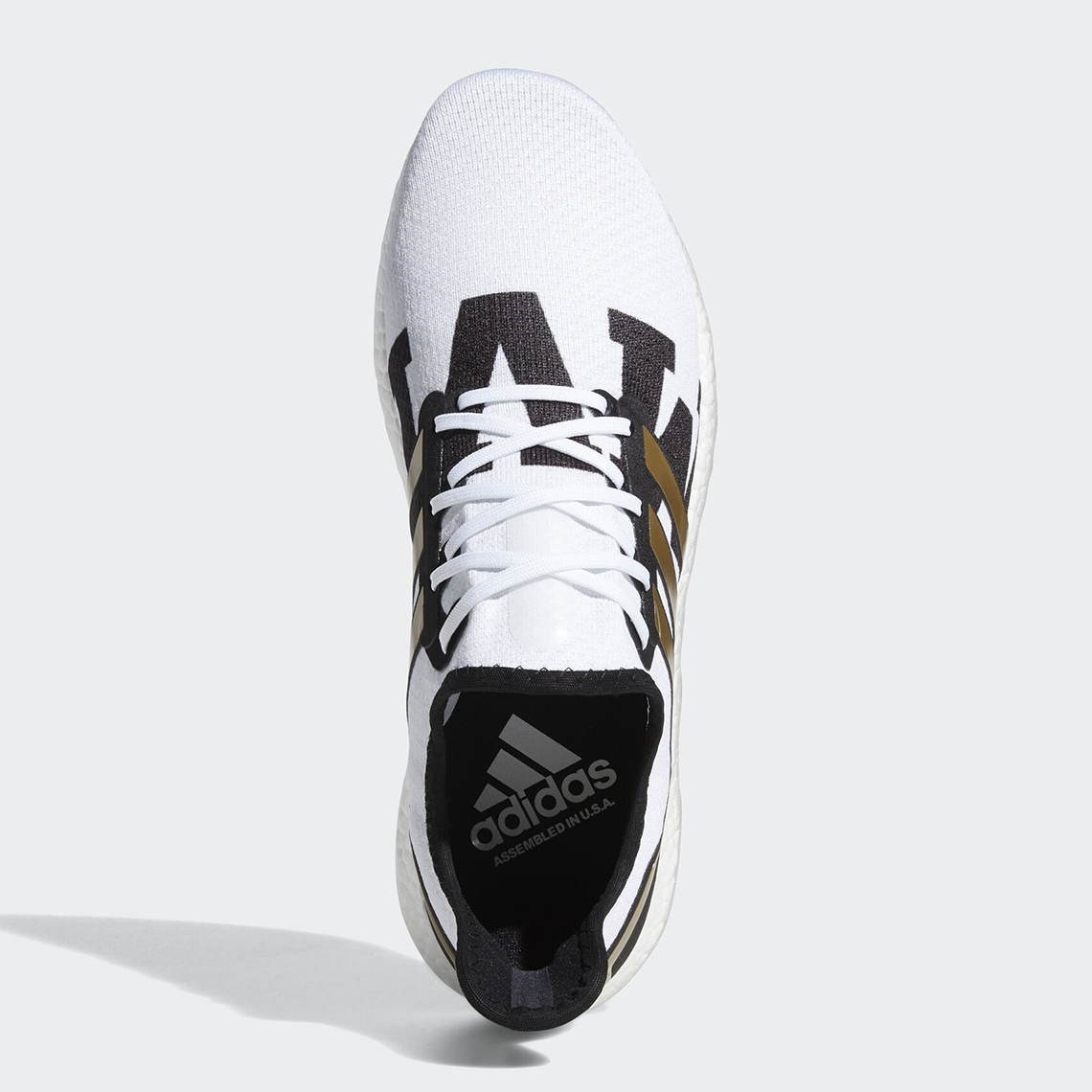 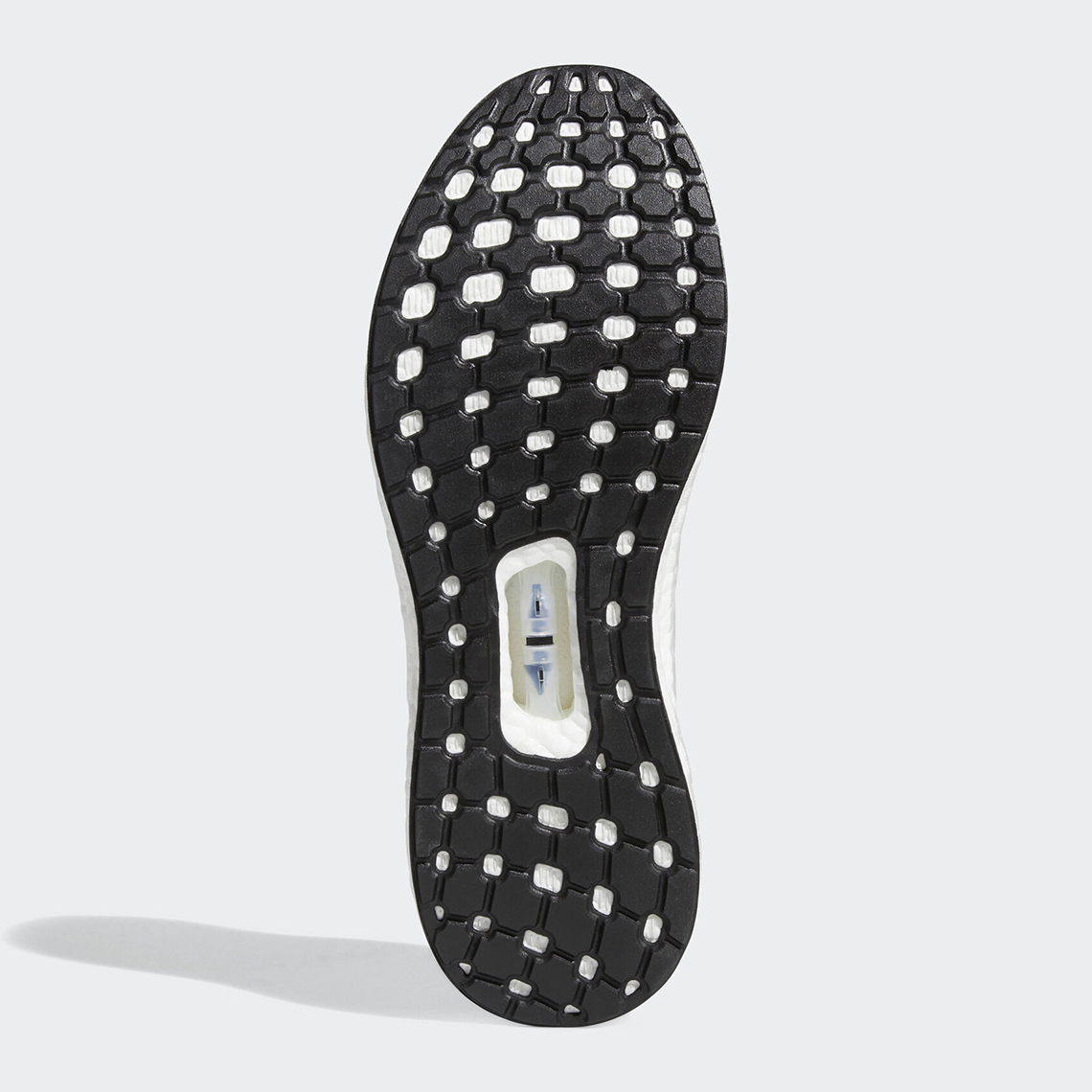