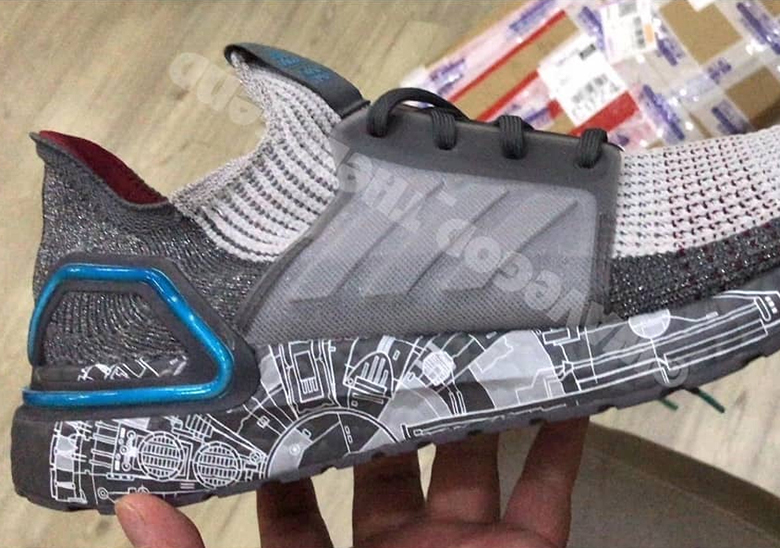 With “Star Wars: The Rise Of Skywalker” set to hit theaters on December 20th, anticipation is beginning to build around the Star Wars universe, both on-screen and in the world of footwear, where more and more new silhouettes from the adidas Star Wars collection are beginning to be unveiled. Now, one of the famous sci-fi series’ most legendary starships is getting a turn in the collaborative spotlight, as an adidas Ultra Boost 19 “Millenium Falcon” has been revealed. Dating all the way back to Episode IV in 1977, the Millenium Falcon certainly holds a lofty spot in Star Wars history, and although the Kessel Run record-holding ship’s normal tan/orange/burgundy color scheme is mostly absent — save for a small amount of specifically-colored detailing — this Ultra Boost salutes the standout spacecraft in a different fashion.

One of the Falcon’s most notable performance features is its ability to “jump to lightspeed,” evading any and all pursuers. Therefore, blue detailing that fans of the movie are sure to recognize from the Falcon’s many hyperdrive-fueled leaps is present on the special tongue badge and heel clip. A ship schematic is splayed across the lateral midsole, while a simple dark grey and light grey color scheme ensure that all attention is focused on the unique embellishments. There’s also a few Rebel Alliance branded hits on the lace tips and debure as well. It’s often said in Star Wars lore that the Falcon may not be the most sublime ship, but it’s what’s on the inside that counts as it boasts some of the galaxy’s most advanced tech under its humble hood. That ethos is translated perfectly here, and the look is sure to delight Star Wars fans both young and old. Get a first look here, stay tuned to our Sneaker Release Dates page for more info as it’s available, and expect an arrival around the movie’s premier, potentially in December. 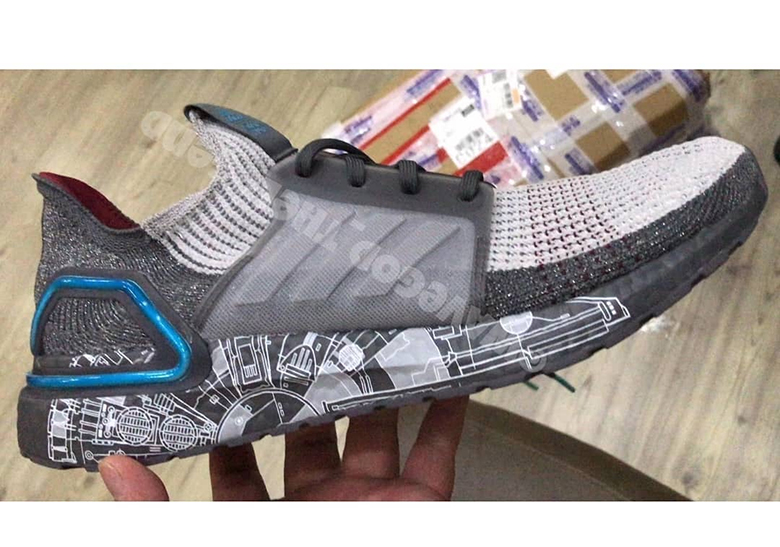 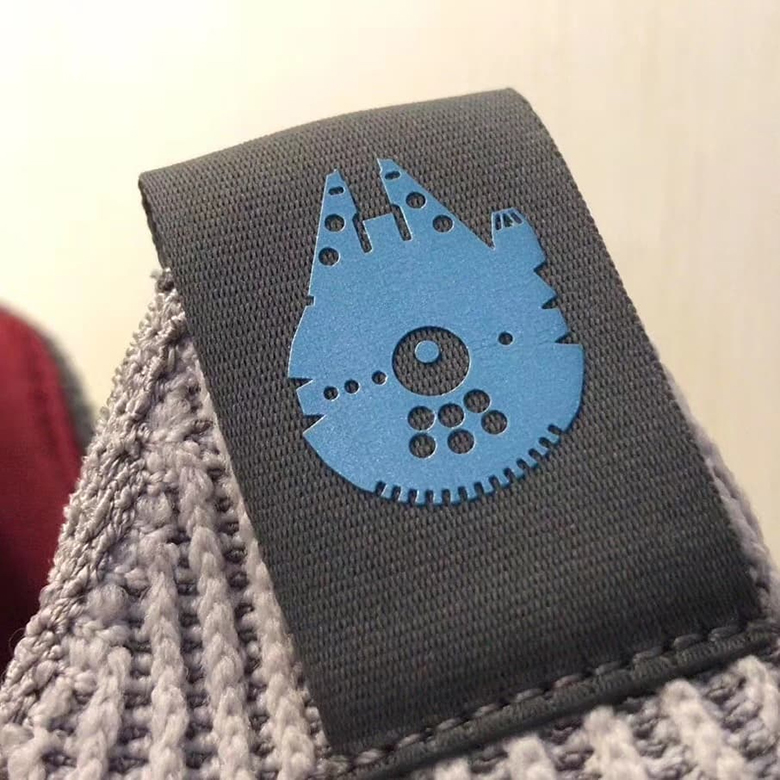 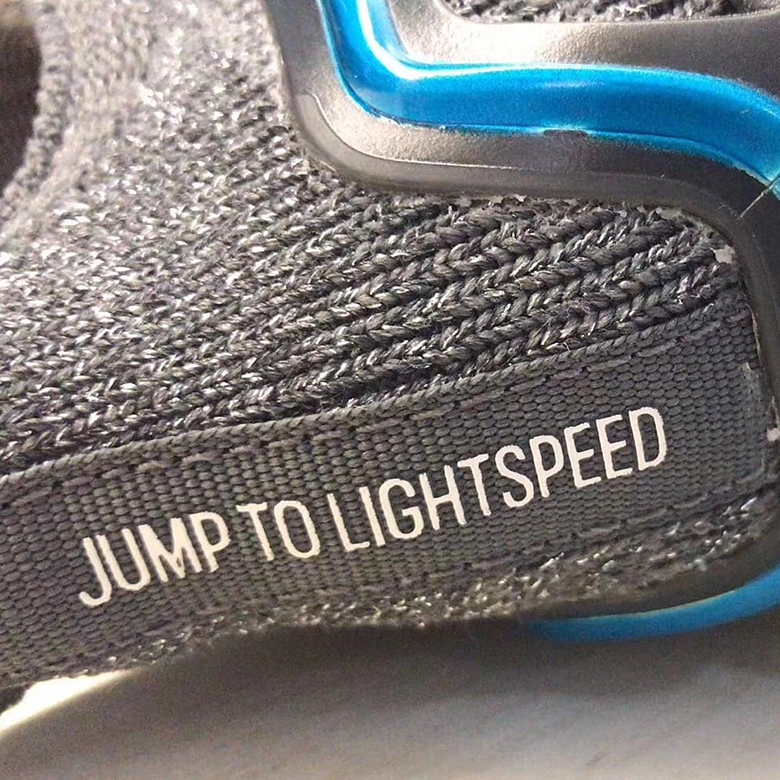 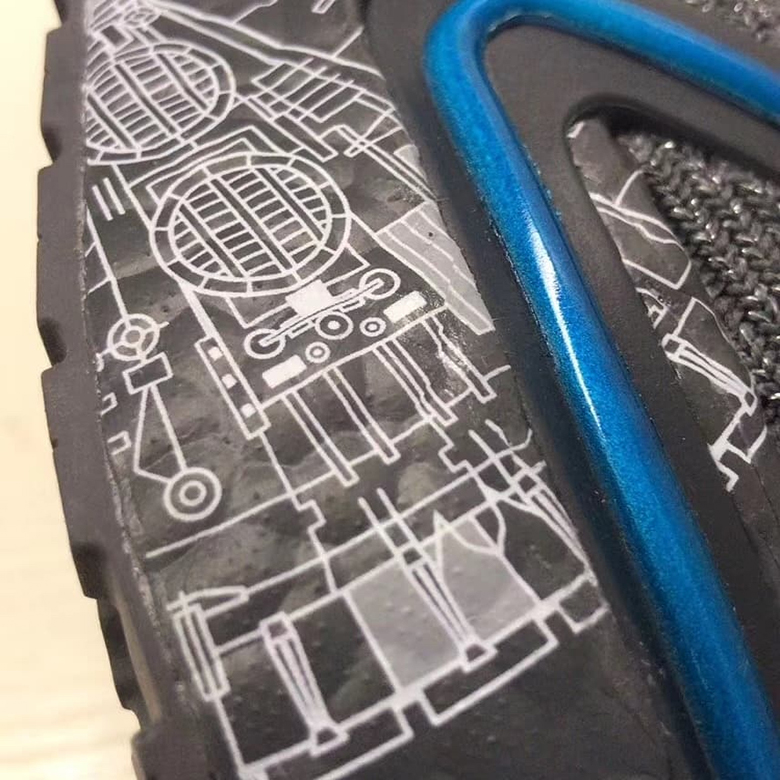 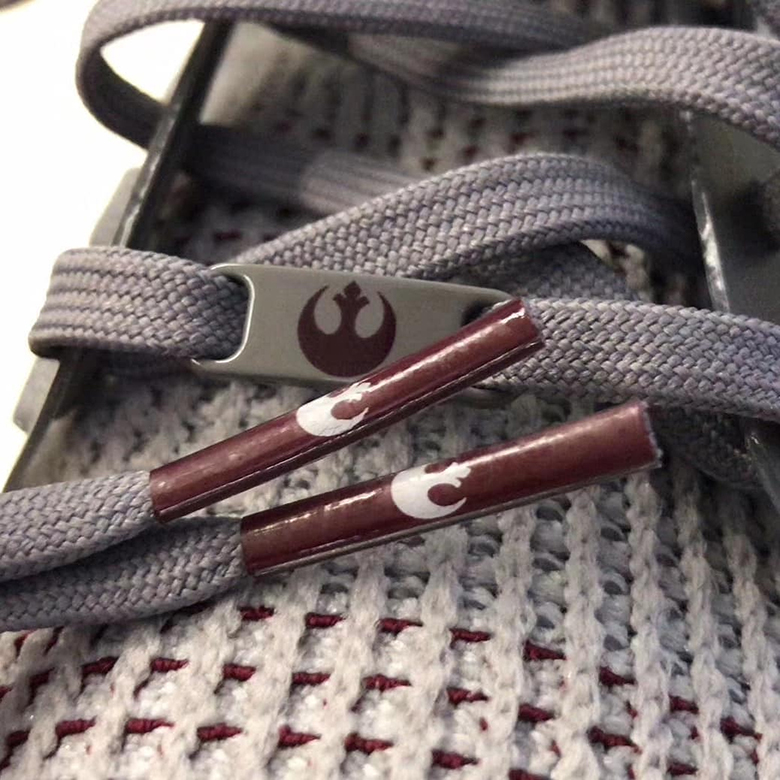