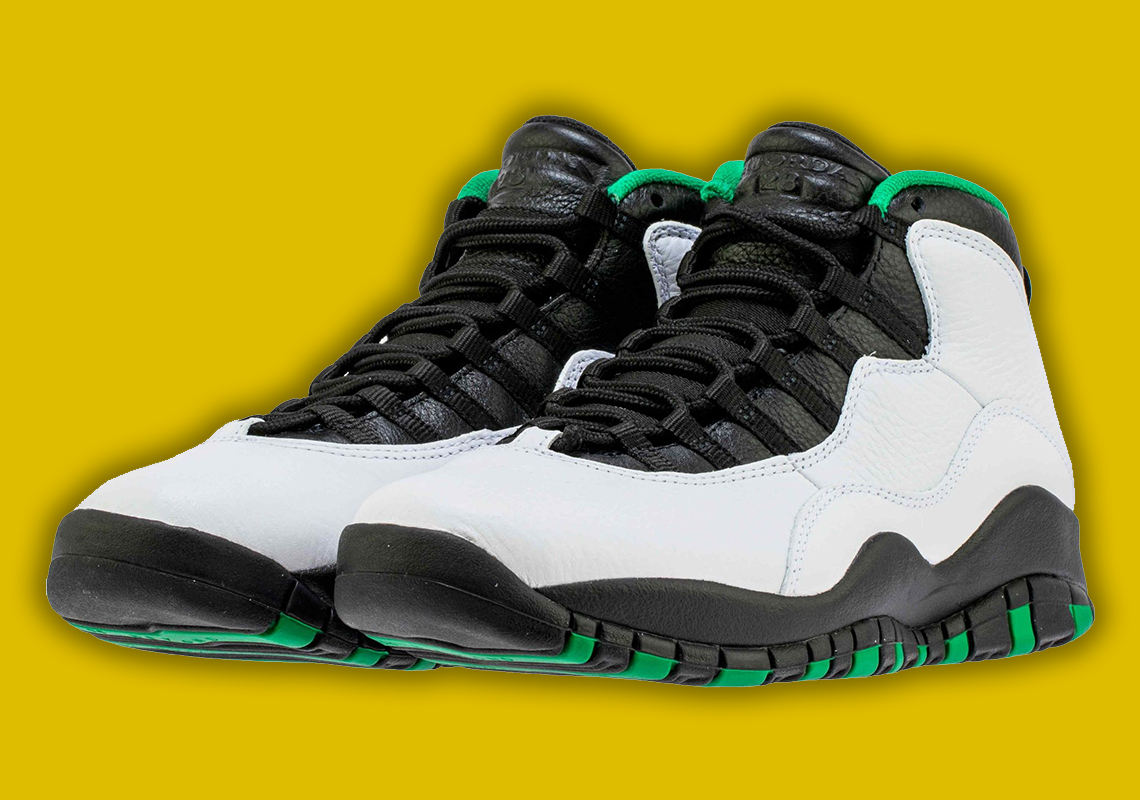 After months of previewing, the AJ 10 “Seattle” is making its return in this month for the first time in all its glory since its inception in 1995. Similar to the “Orlando” pair that released last year, this iteration features a combination of white and black leathers set upon its upper, but of course bring about some Supersonics character into play here. Bold green accents arrive on the collars and outsoles, followed by a yellow Jumpman logo stamped onto the heels of the model’s soles that features some of MJ’s greatest accolades before he first retired from the game of basketball. Jumpman fans looking to get their hands on these can check out a store list here below and expect these to drop at Jordan retailers on October 19th for a retail tag of $190 USD. 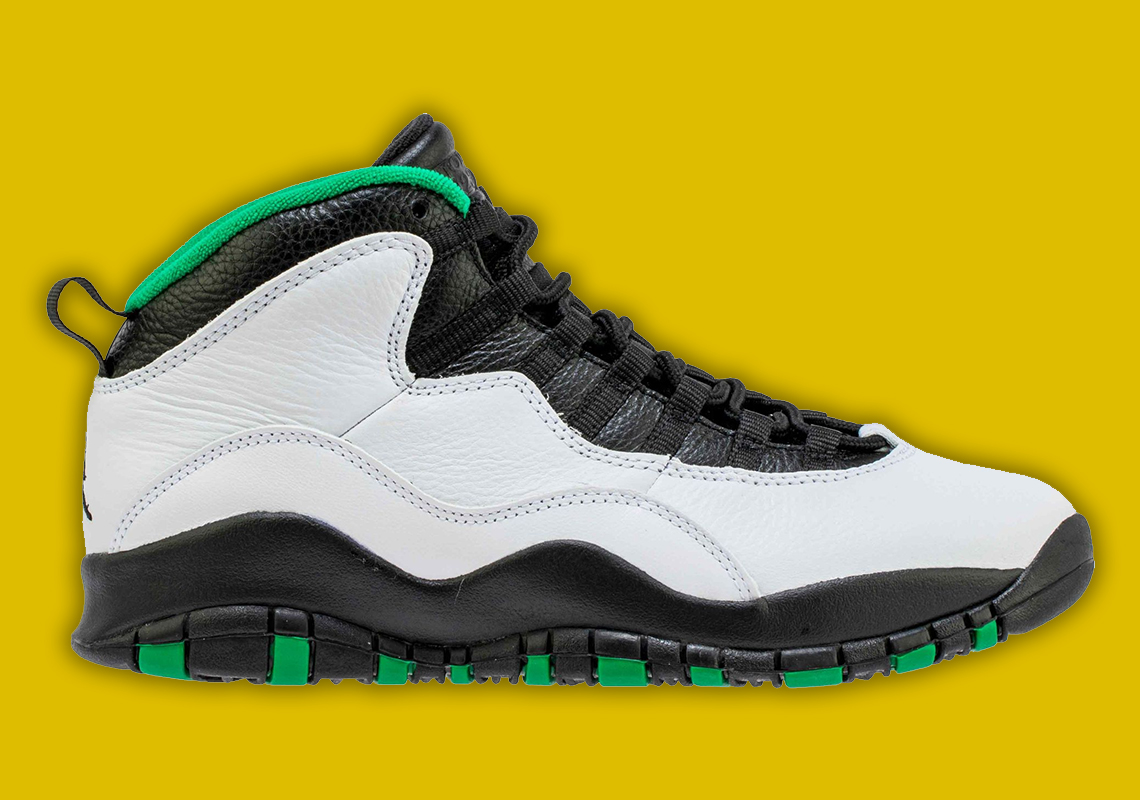 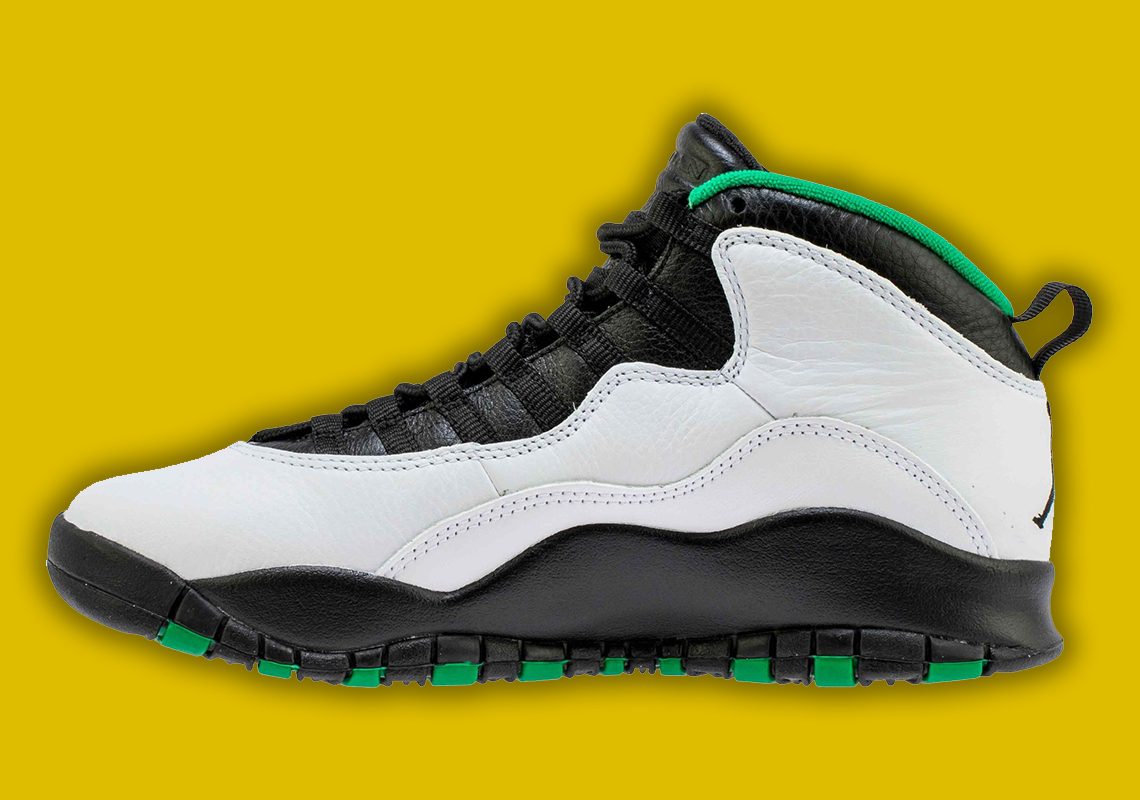 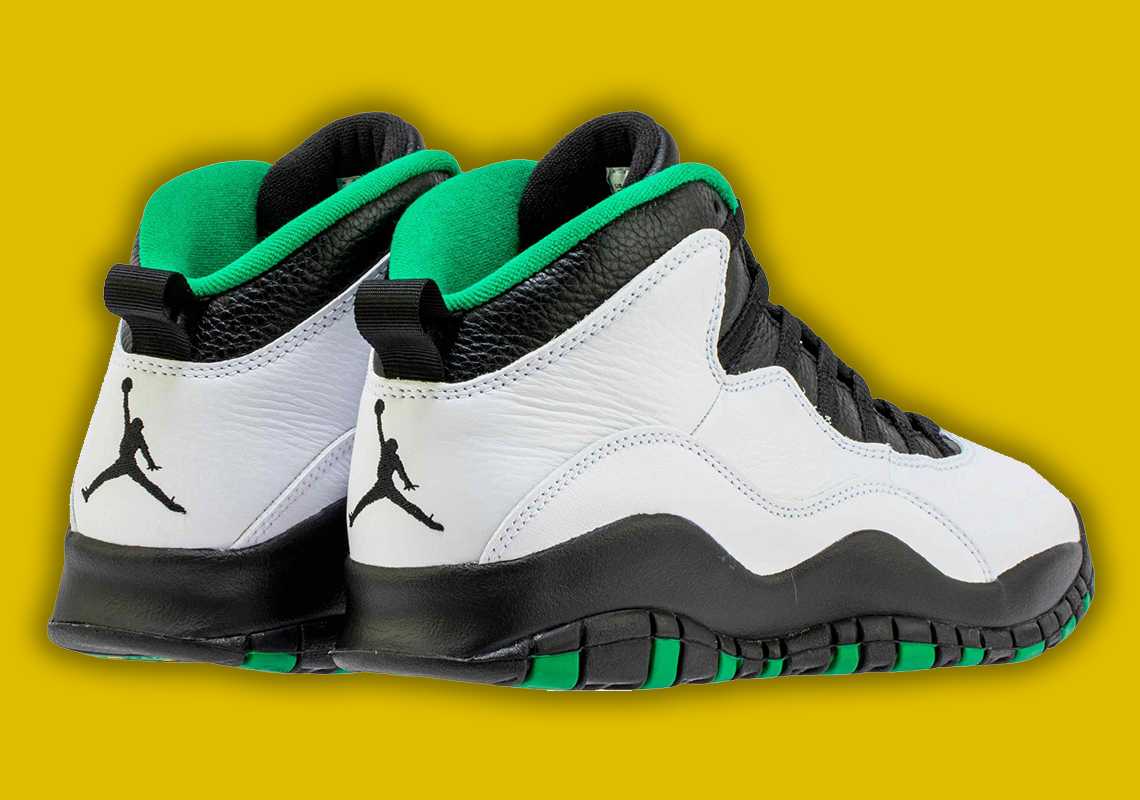 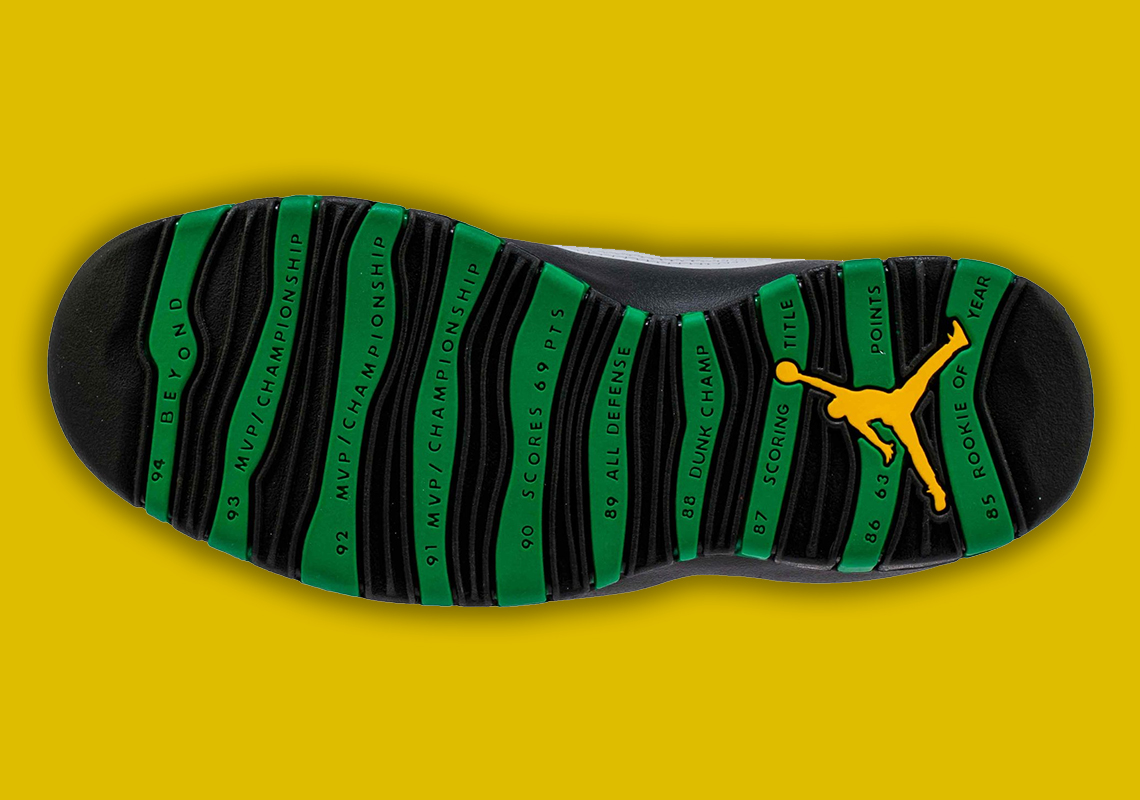