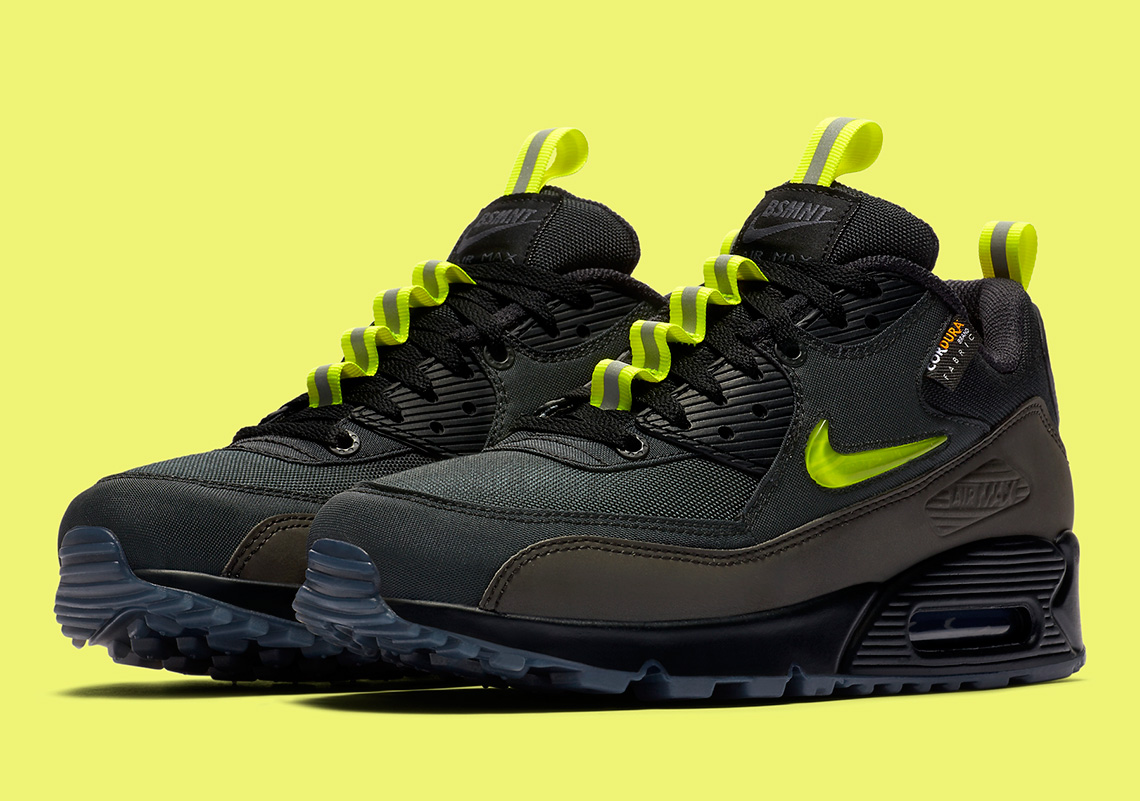 Essentially a small tour through Europe, The Basement‘s latest Nike collaborations along the Air Max 90 are ostensibly a love letter to the many cities that make up their growing following. While first teased with heel shots in deep shadows, the imprint has only recently unveiled the entire collection in full as well as the locales from which each colorway draws inspiration. Dressed much darker than the grey shades of its companions, the “Manchester” offering is one informed by workwear with its hi-vis accents and winterized aesthetics. Black-dressed uppers, which arrive in two different compositions of Cordura fabric, bear water resistance in spades while volt jewel swooshes add an element that has yet to be seen on the staple silhouette. Webbing and pull tabs, which take on the same daring green, add the functional in unison with the many reflective bits surrounding. Graphic touch-ups — a connecting addition from scheme to scheme — is further switched up with soles spelling “DO REAL THINGS” and insoles typing out the mantra in full though with a backdrop of striped construction tape. Grab a detailed look at the pair right here, and if you’re looking to grab a pair, then they’ll be releasing on October 12th. 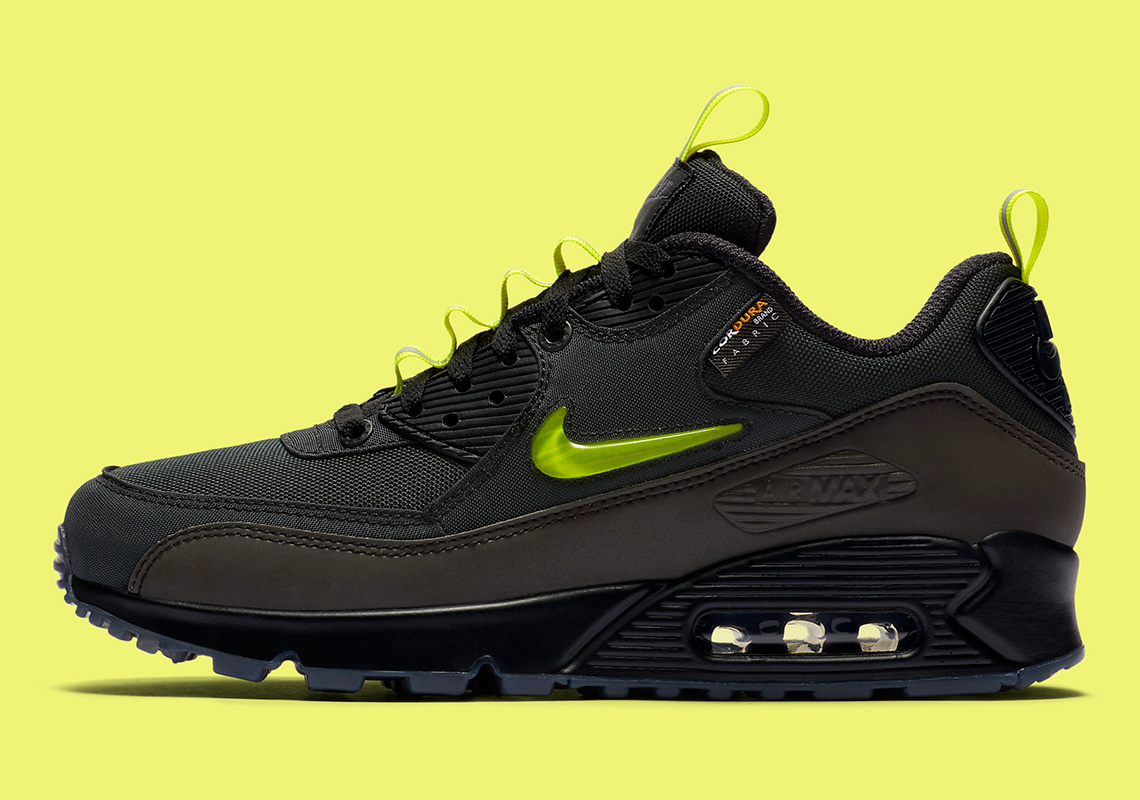 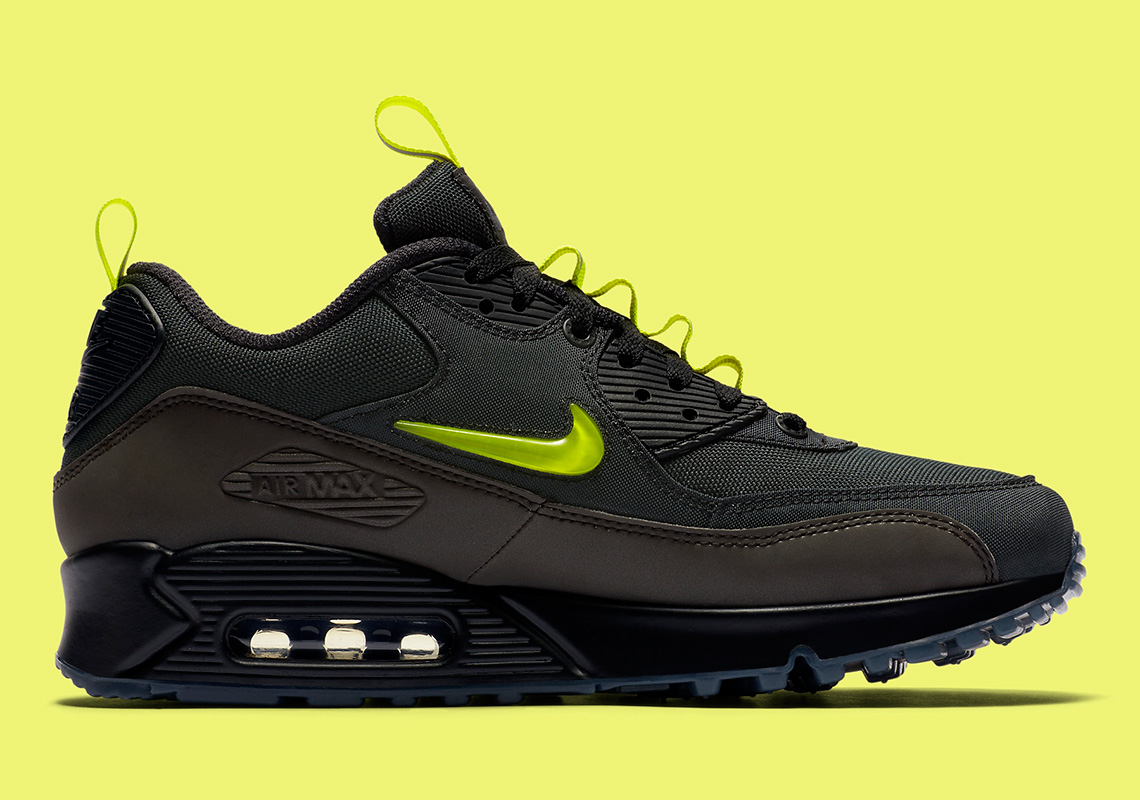 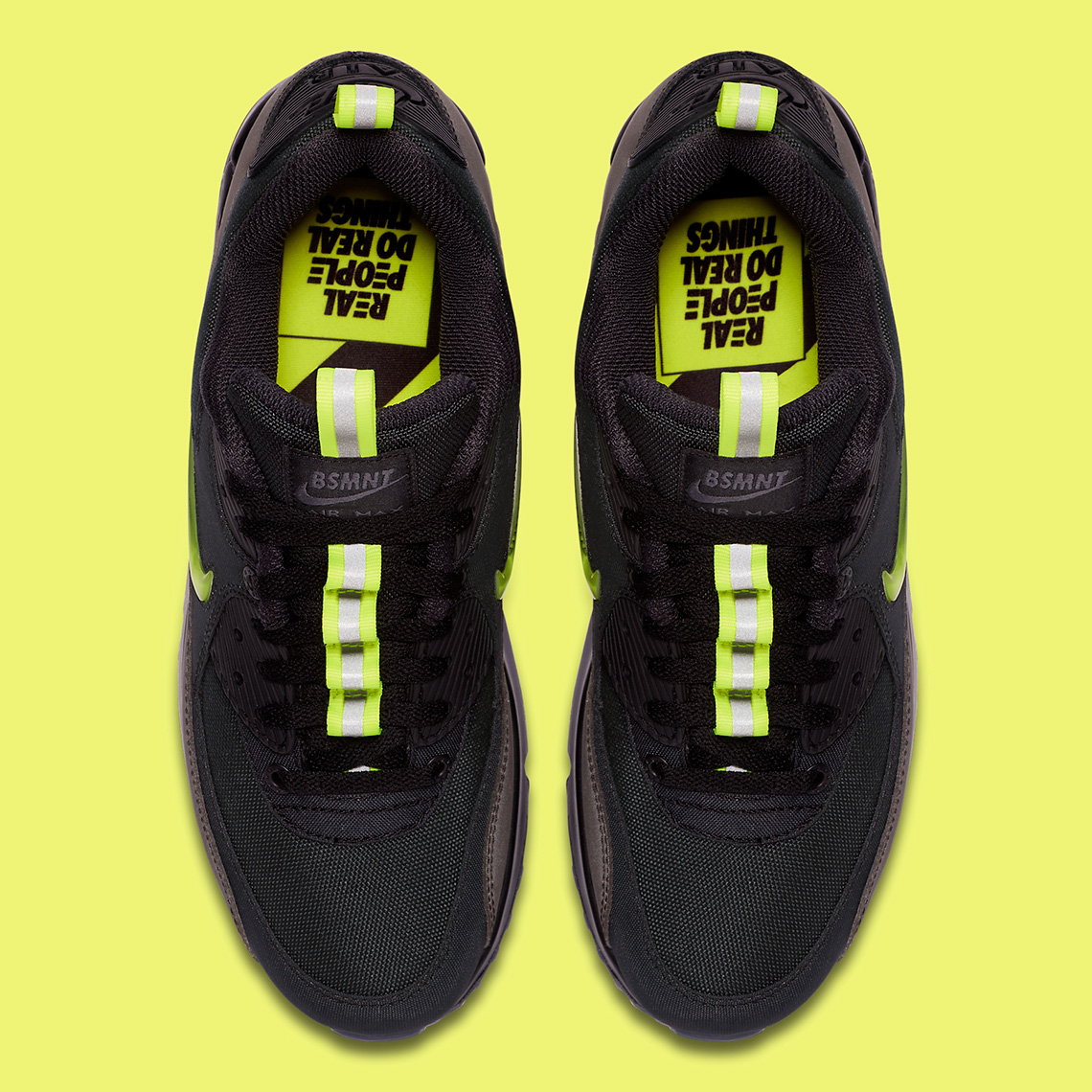 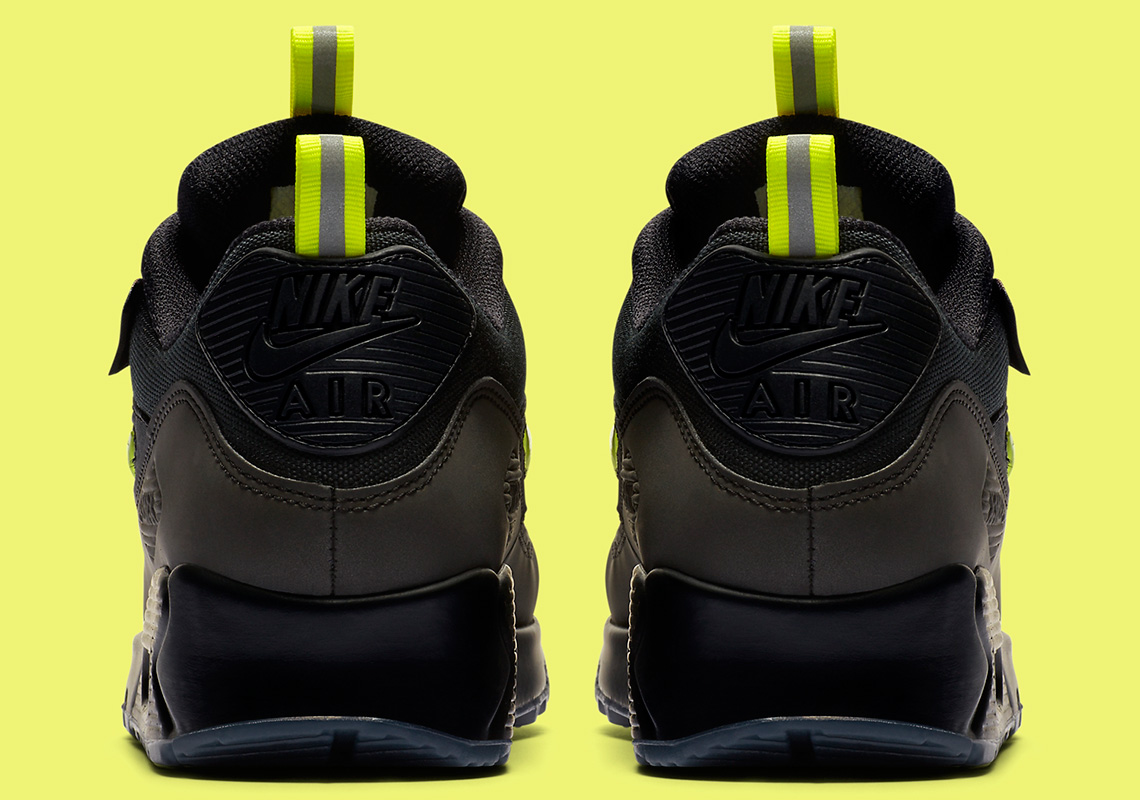 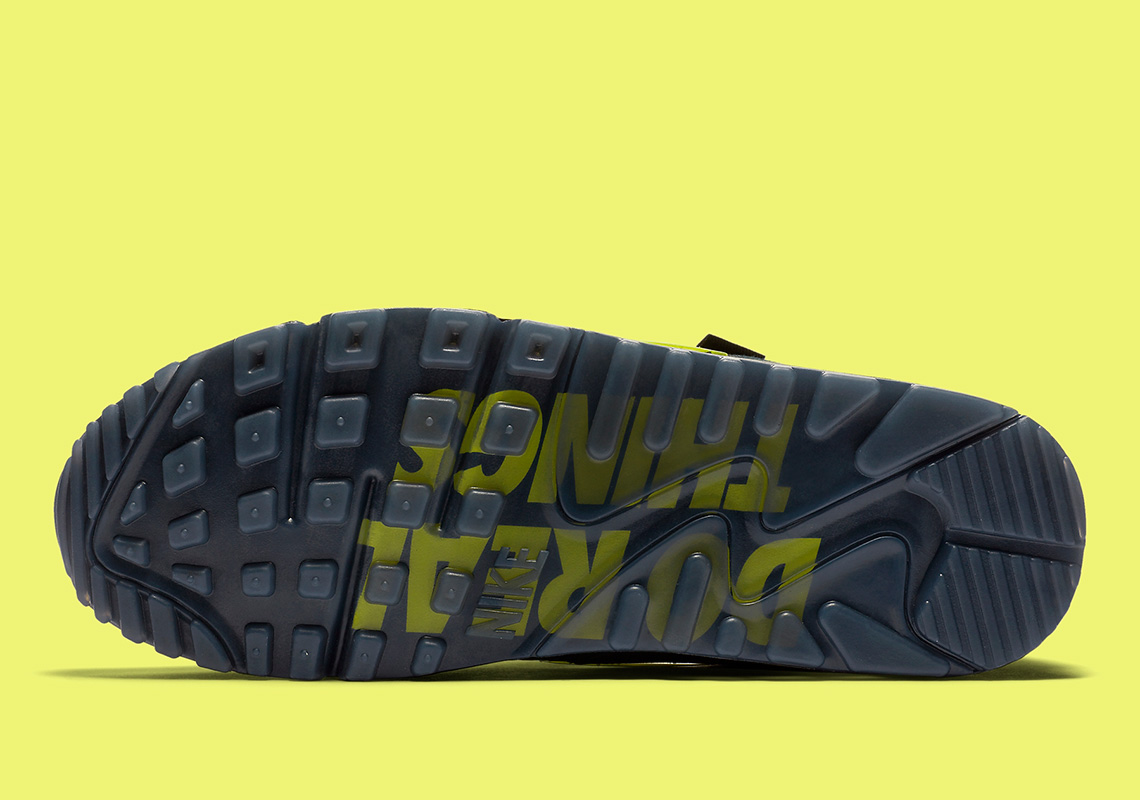 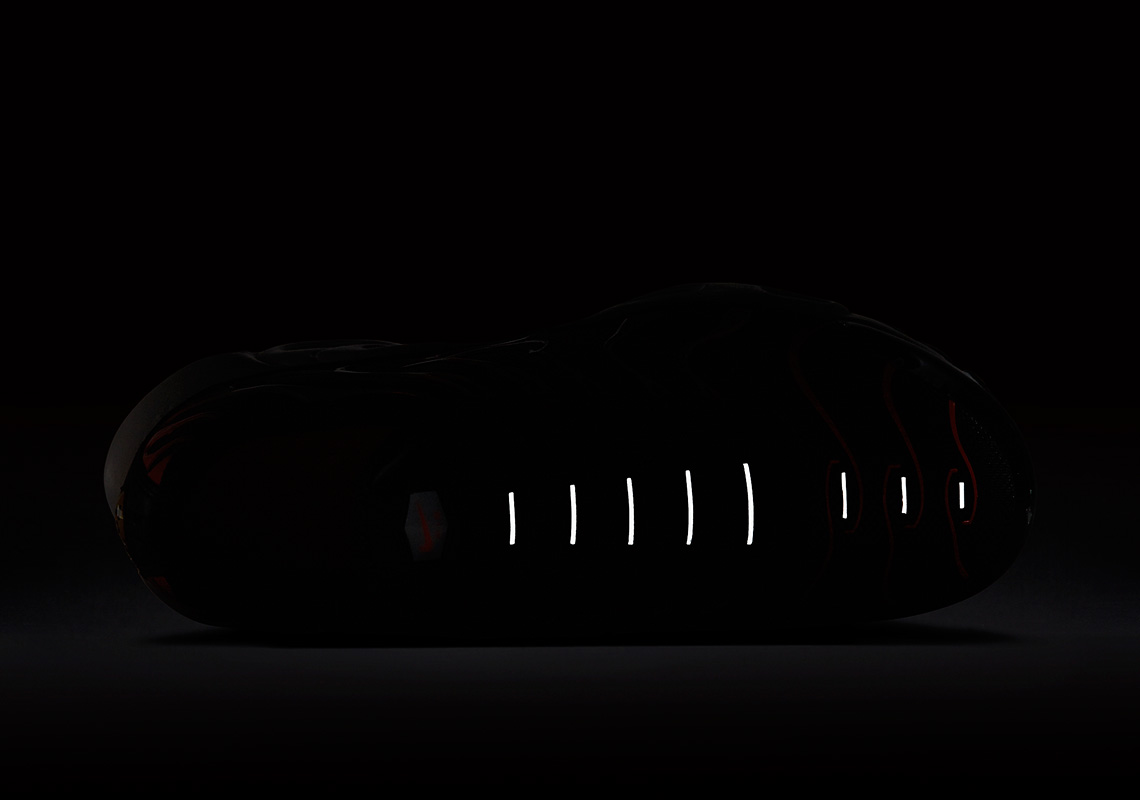