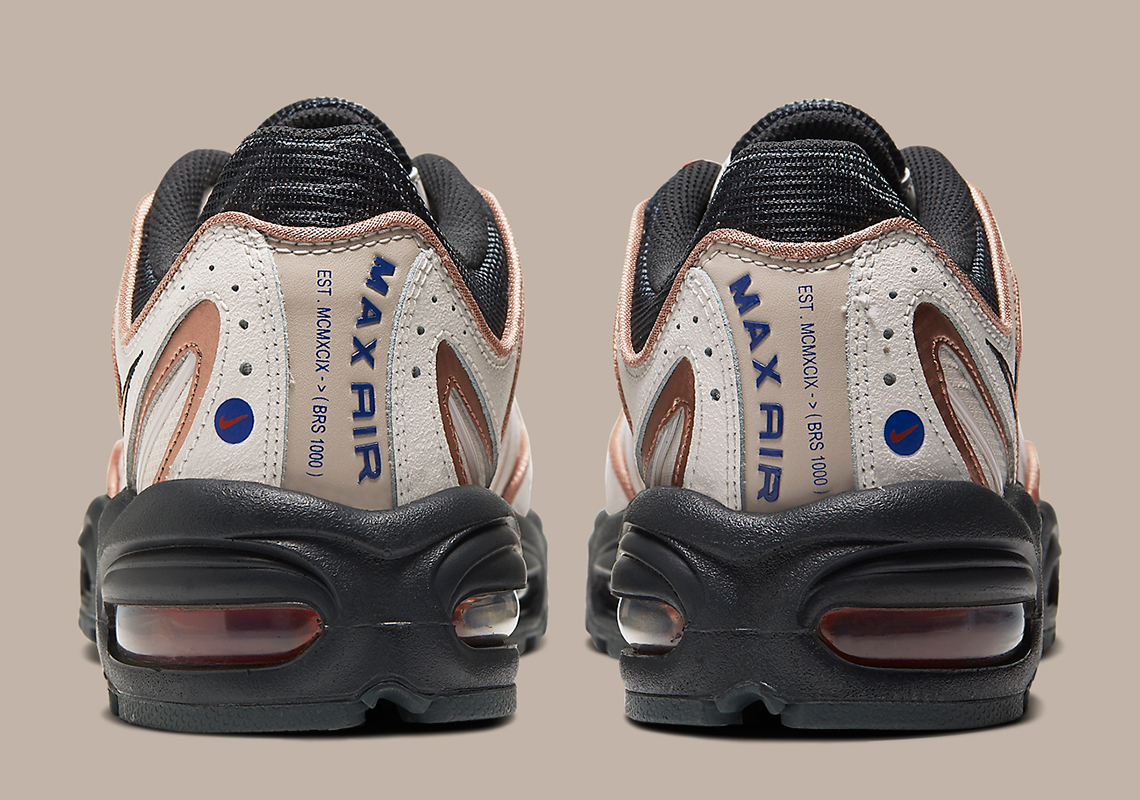 2019 marks the 20th anniversary of Nike’s Air Max Tailwind IV, and it’s been nothing short of a banner year for the classic silhouette, as it’s returned to a welcoming market in several OG colorways and even served as the centerpiece of a Supreme collaboration. Now, the fourth Nike Tailwind is set to continue the festivities with this special new makeup that nods to its origin in a unique fashion. The upper combines light tan tones with bold bronze trim, all of which is surrounded on both sides by ultra-dark slate grey and black accents on the midsole, tongue, and collar. Although this jarring juxtaposition of light and dark is certainly compelling in its own right, the most interesting part of these Nike shoes can be found on the heel. Alongside the standard Max Air branding, there’s a Roman numeral hit that nods to the Tailwind IV’s 1999 debut by way of an “Est. MCMXCIX” stamp. This sits above a BRS 1000 text hit, which die-hard Nike fans will know is the durable rubber compound used on the shoe’s outsole. This isn’t the first time Nike has nodded to ’99 on the Tailwind, as a Sneakersnstuff-exclusive anniversary makeup dropped earlier this month, but it’s an undeniably compelling creation nonetheless. If you’re a Swoosh Brand history buff or just love the complex colorway, you’ll be able to snag a pair on Nike.com in the coming months for $160 USD, as they’re tentatively scheduled for a December 5th release. 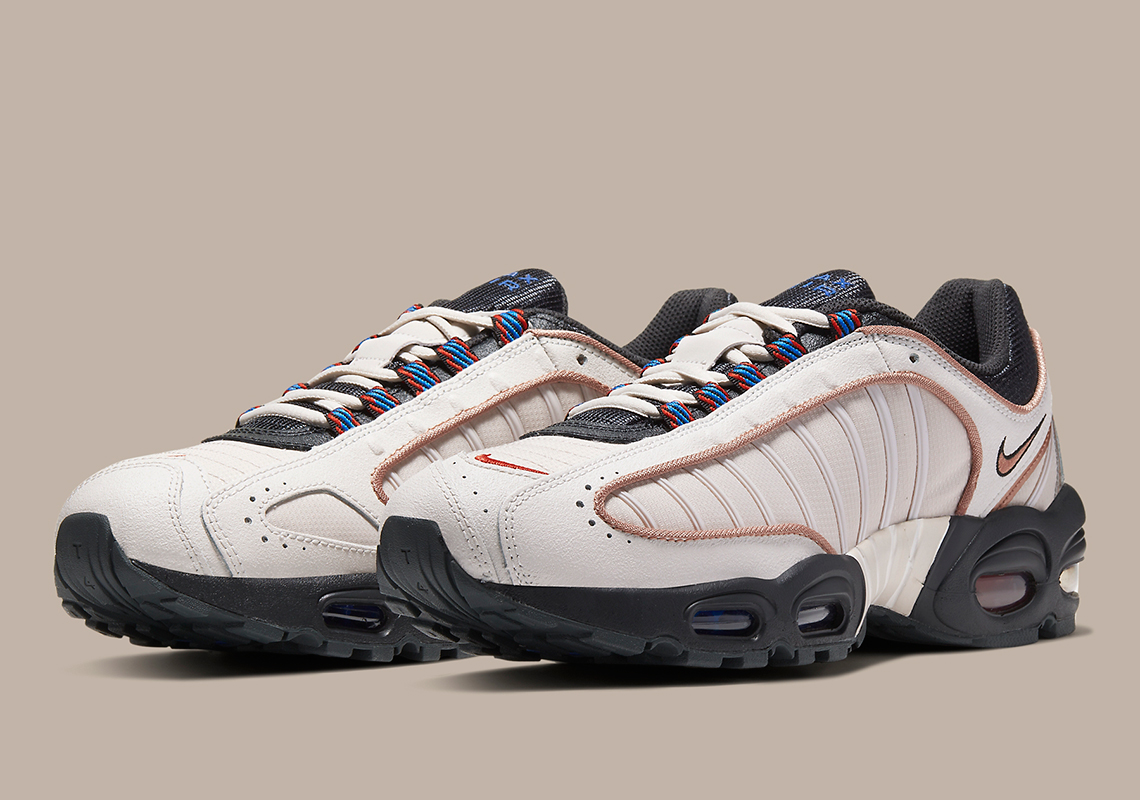 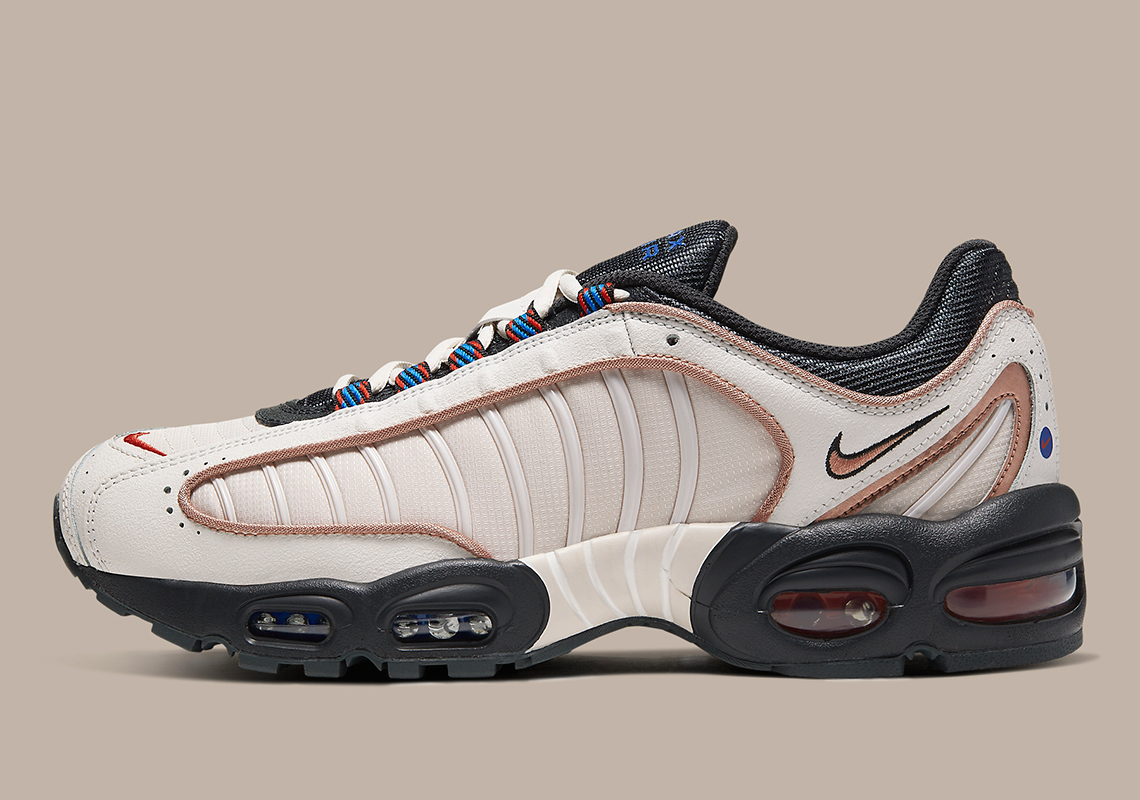 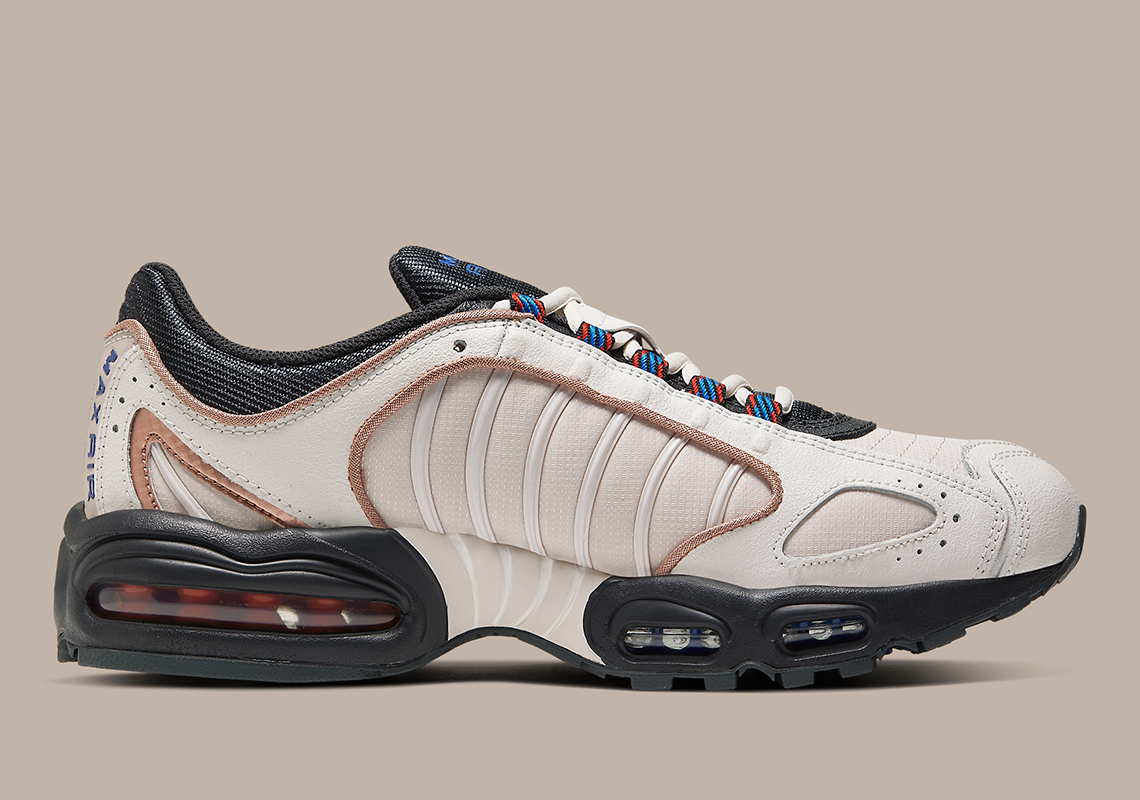 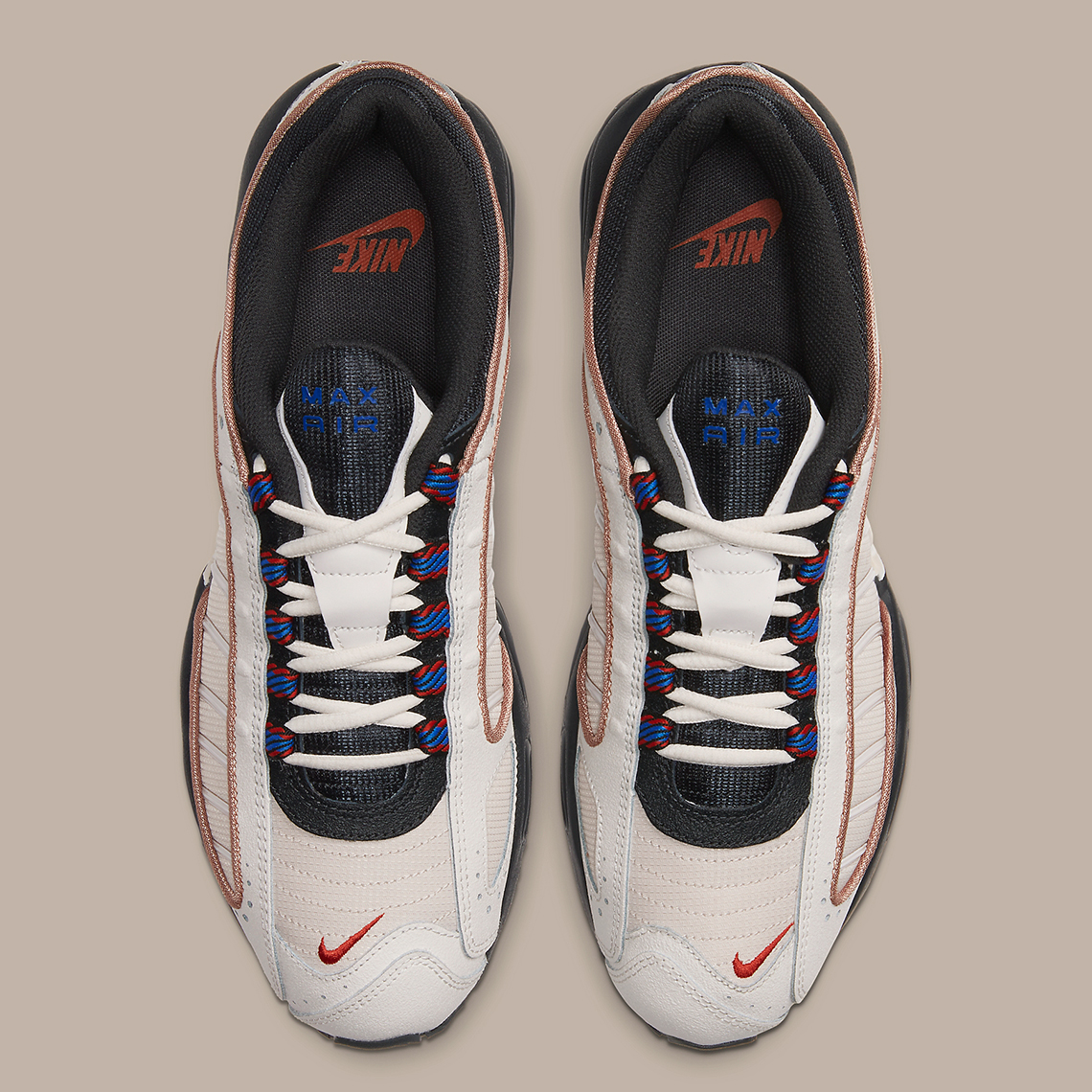 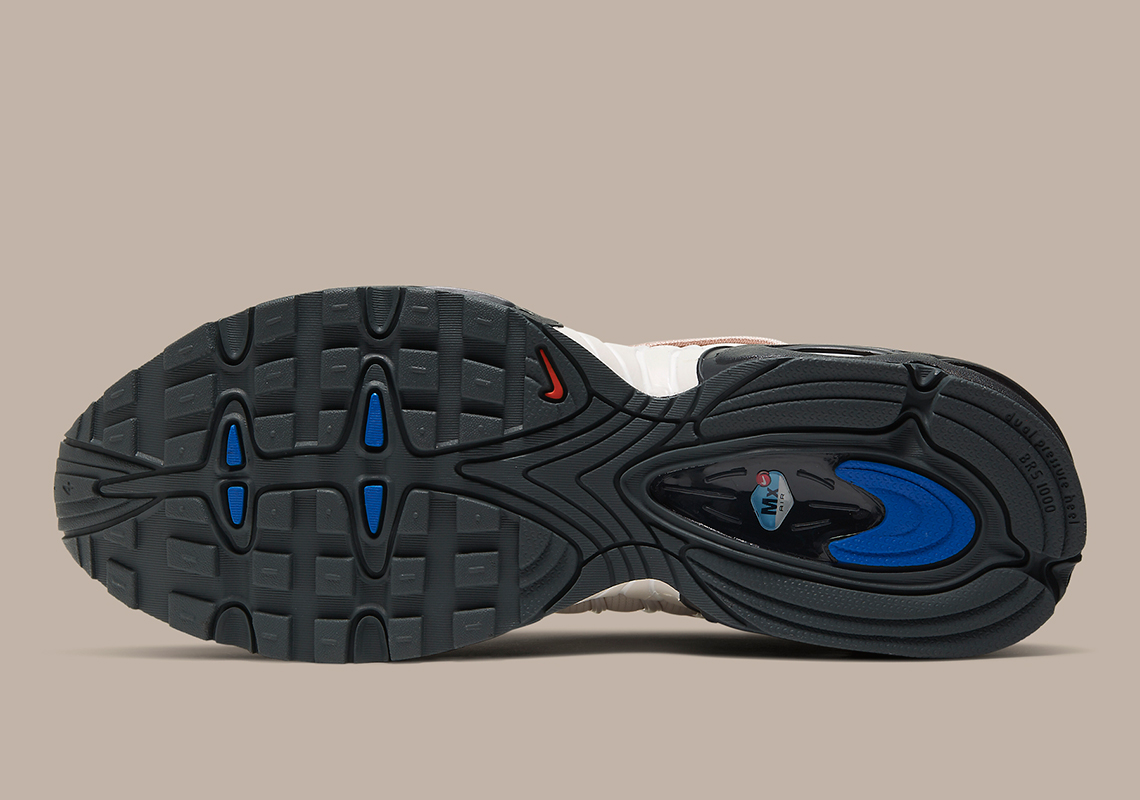