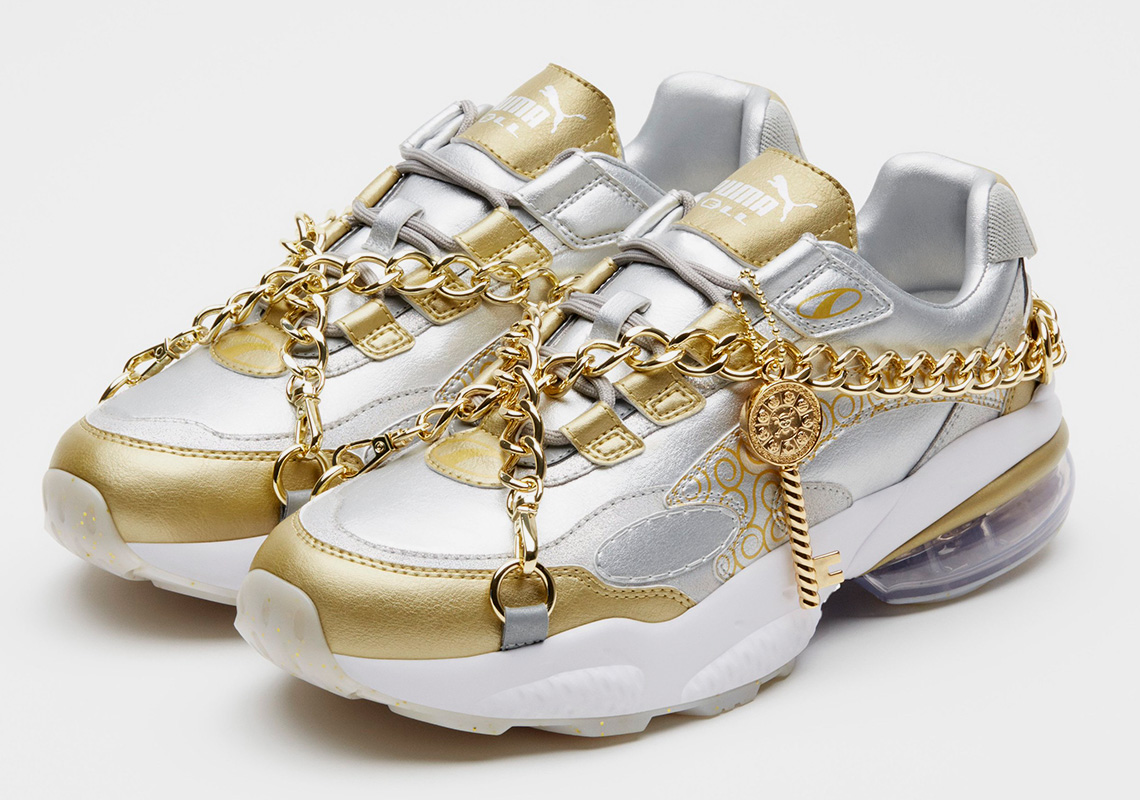 Returning to Eiichiro Oda’s world of One Piece once again, Puma’s latest collaboration continues down the path of ship-inspired creations, but this time with gold accents more so connecting to non-canon antagonist Tesoro than anything close to the Thousand Sunny. Though surely created without the need of a Devil Fruit, the Cell Venom arrives in shimmering finishes almost exclusively, coupling on equally striking notes of silver at the majority of the base layers to connect to the near constant desire for treasure — a trait mostly held by Nami, the Straw Hat crew’s burglar navigator. Chain embellishments wrap around the vamp connected by metal rings in simulation of a chest locked down while the key hangs just adjacent with carvings of the main characters’ jolly roger etched atop. Tonal line work at the profile takes on swirls likely in reference to Sanji’s eyebrows with little else performing in overt resemblance of the rest of the cast; the speciality box, however, more than makes up for the collaborative model with portraits of Franky, Brook, Robin, and Luffy outlined in black and white detail. Grab a look at the pair right here, and if you’re looking to support the beloved series, then look out for their release at select retailers across Japan come October 11th. 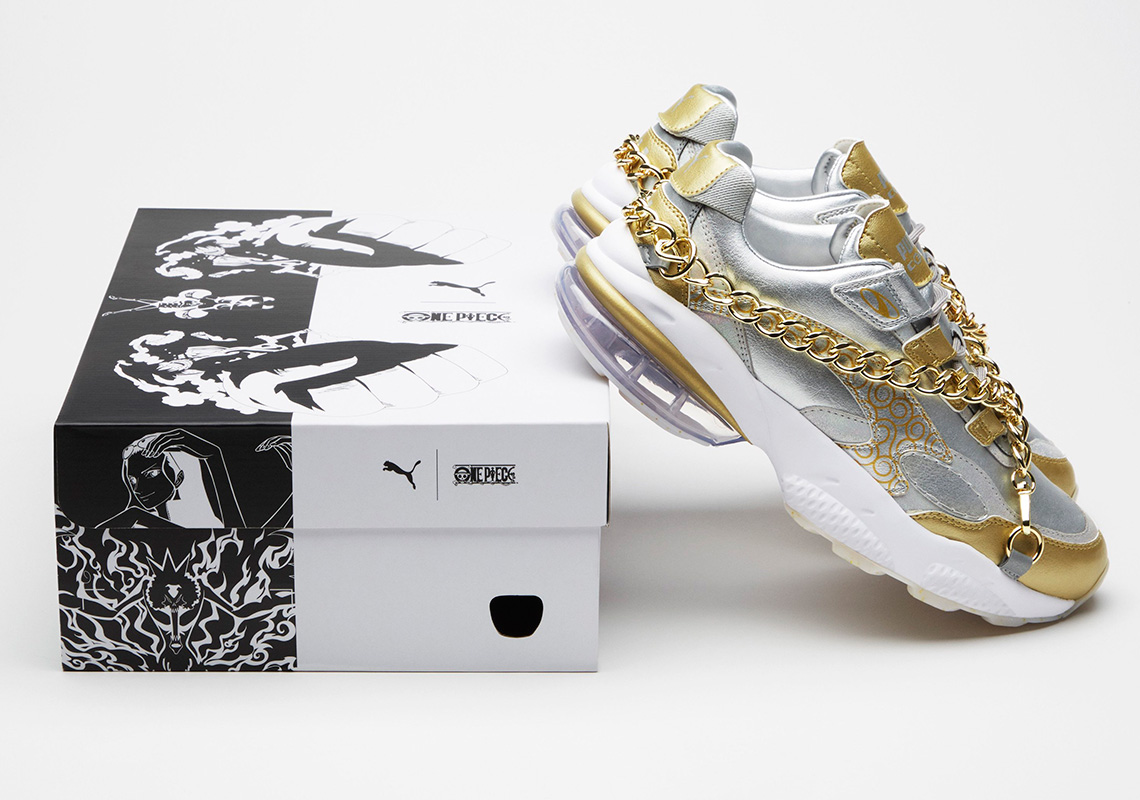 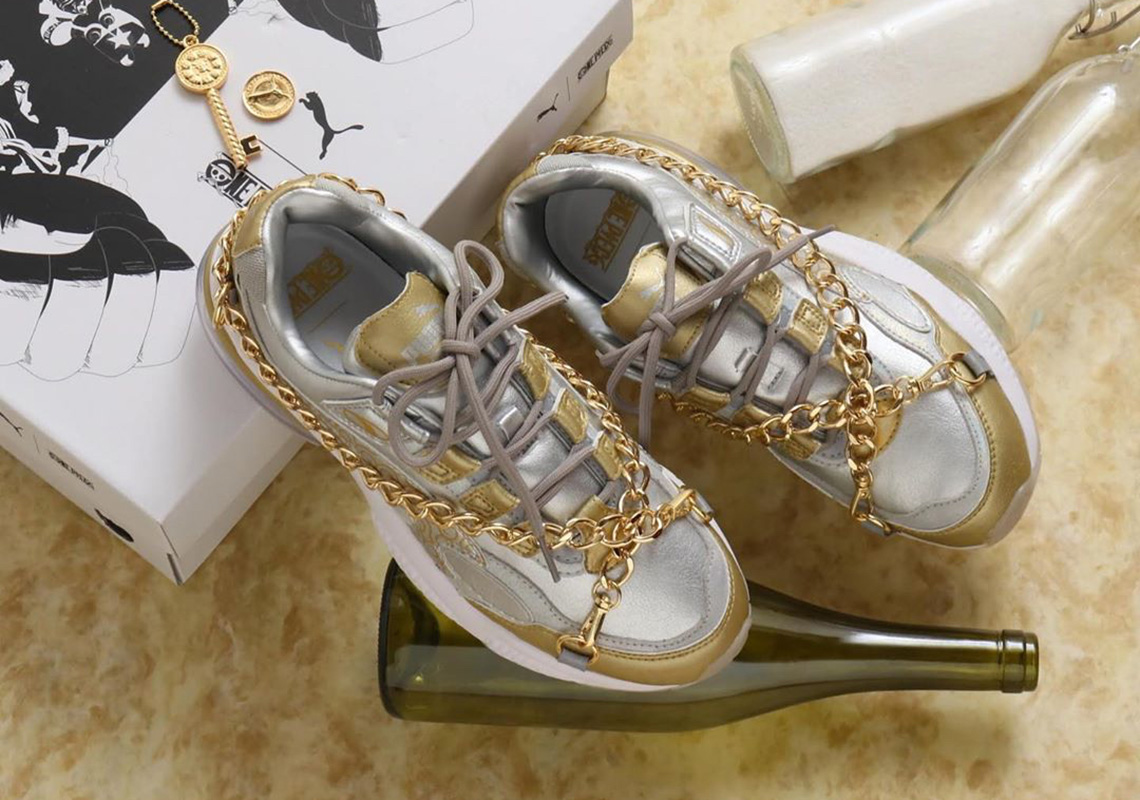 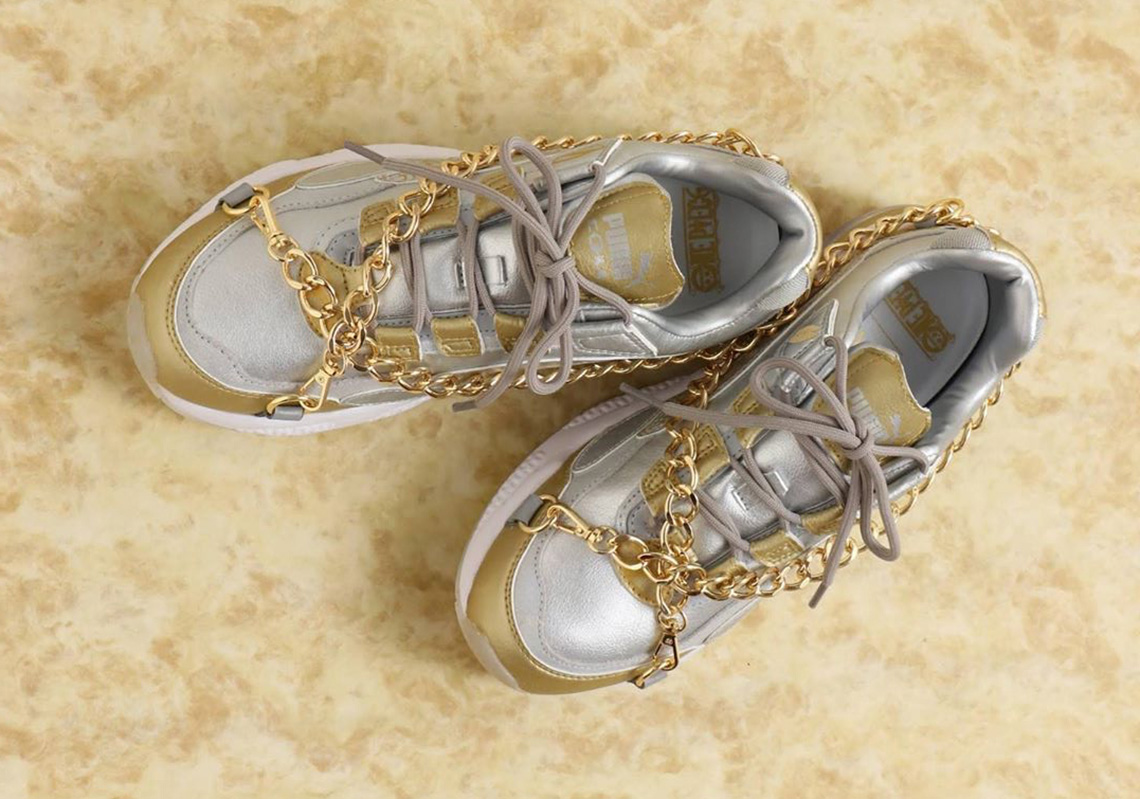