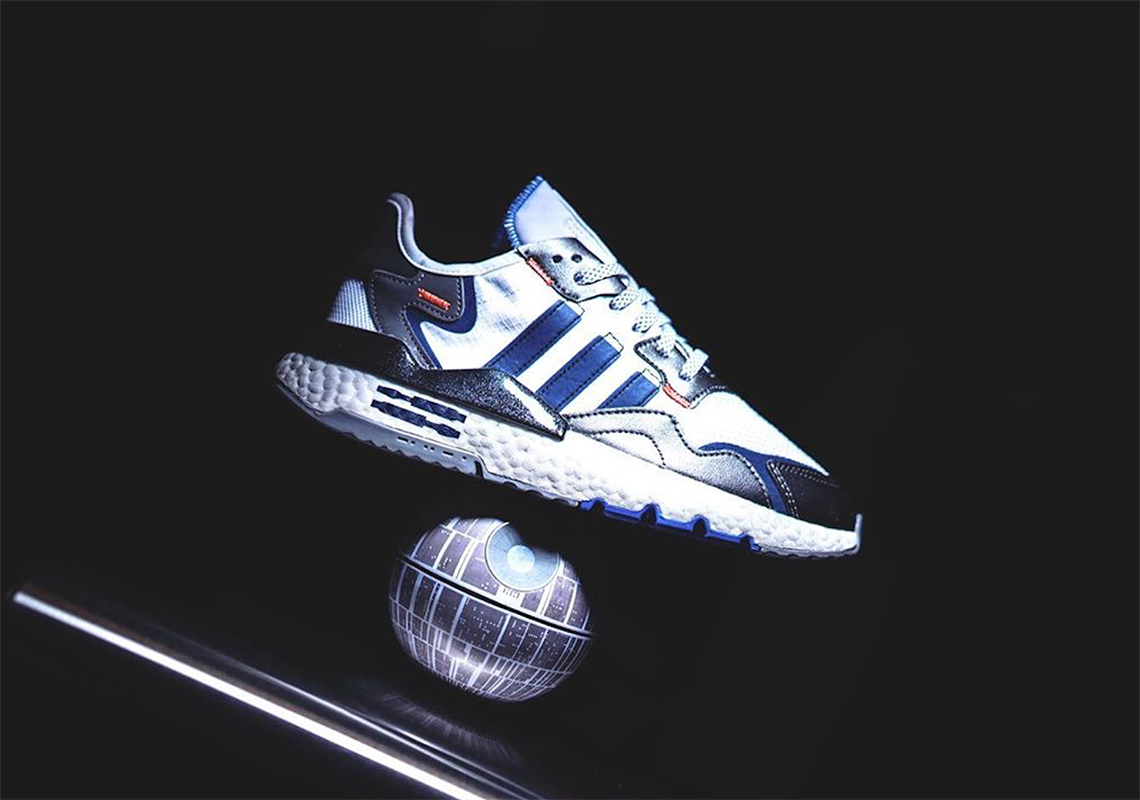 Continuing to traverse that galaxy far, far away, adidas further explores the many iconic characters that make up the entirety of the Star Wars universe. While first blueprinting the ships of legend — namely the Millennium Falcon as well as the X-Wing — the Three Stripes is now drawing inspiration from everyone’s favorite robot companion: R2D2. Throwing his signature colors onto the somewhat newer Nite Jogger, the Three Stripes aims to bask in feelings of nostalgia with every bit of blue and orange coming straight from his on-screen appearances. The cool tones lie in the majority of the palette, as it covers profile logos, contrast stitching, lining, and underlying taping, while contrast arrives by way of subtle bits of the aforementioned warm hues as well as overlaid paneling and heel supports of glossy metallics. As for overt connections, the stamped embellishment at the tongue does the most with its clearly drawn portrait; co-branded bits sit right above with the insole going a step further against a backdrop of various lights. Grab a detailed look at the pair right here and expect them to release at adidas.com and select retailers closer to the 9th installations December debut. 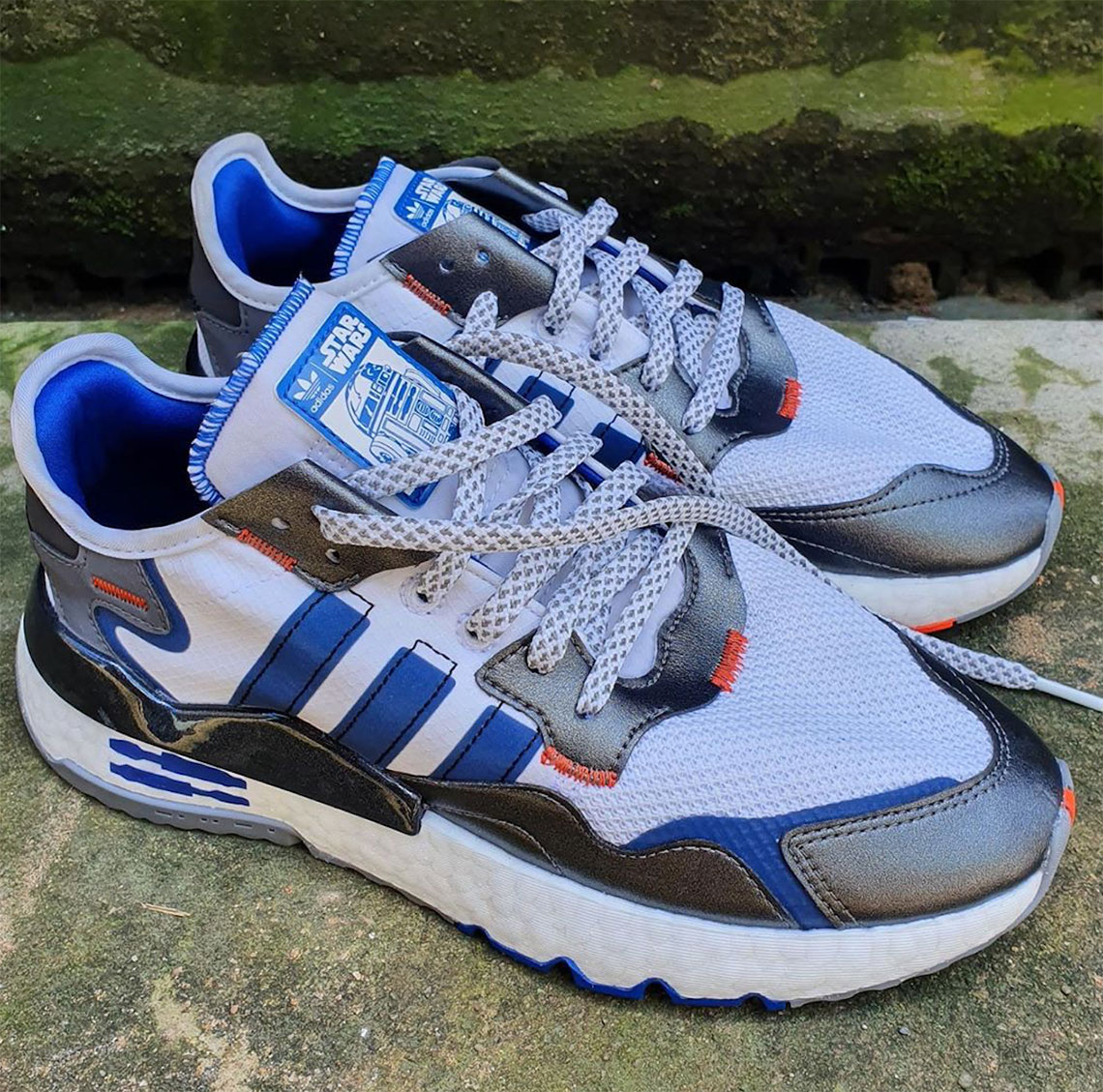 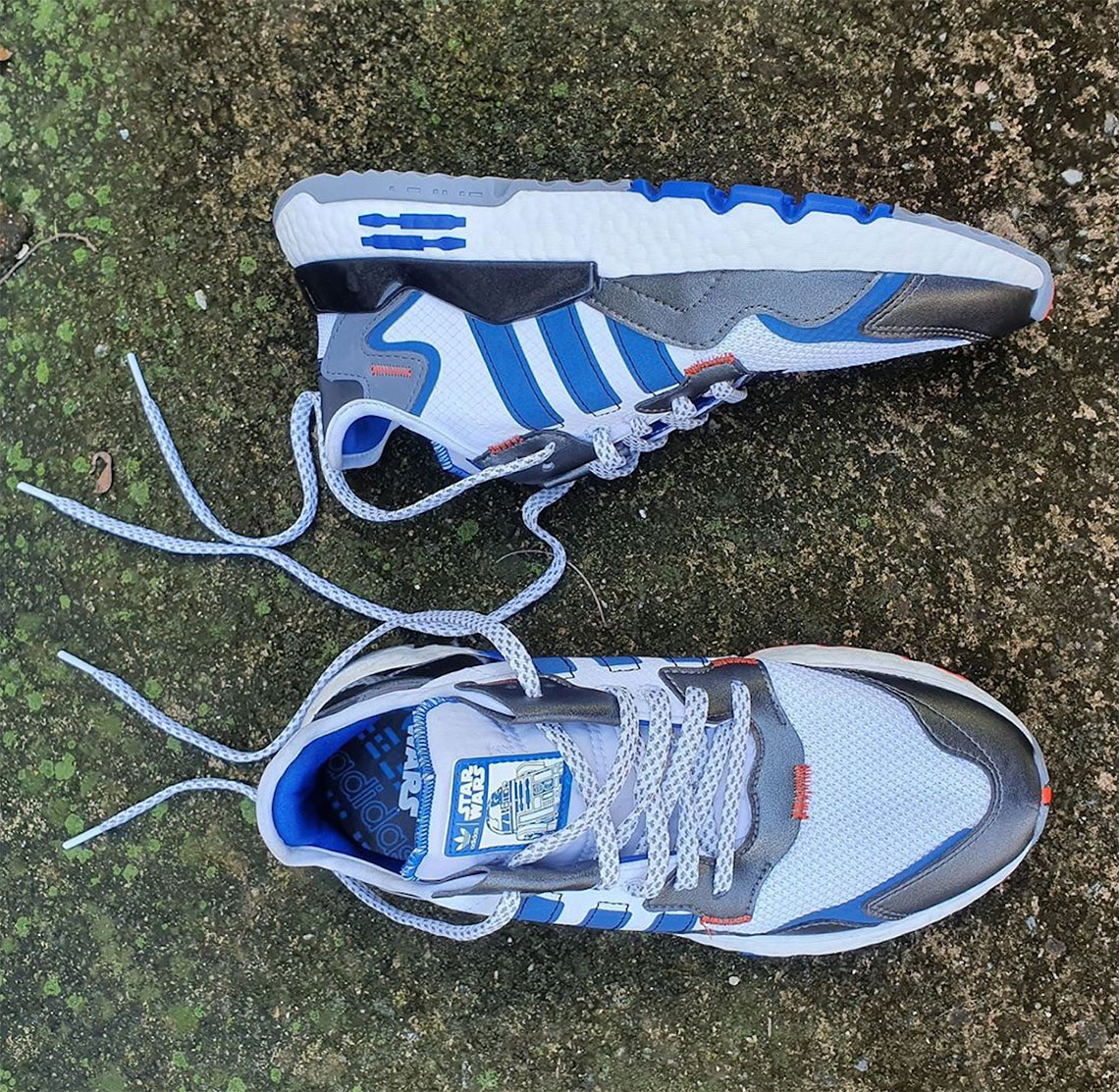 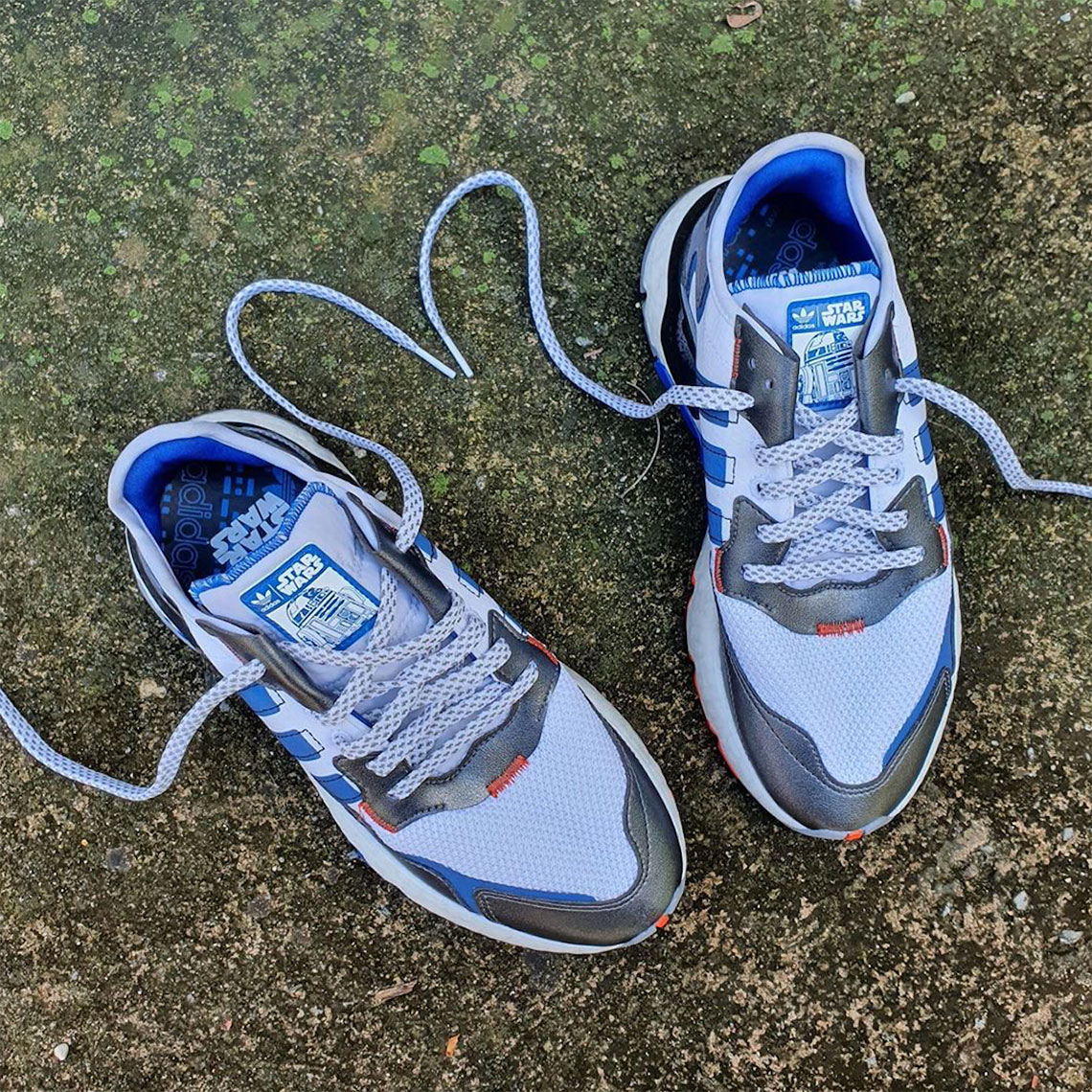 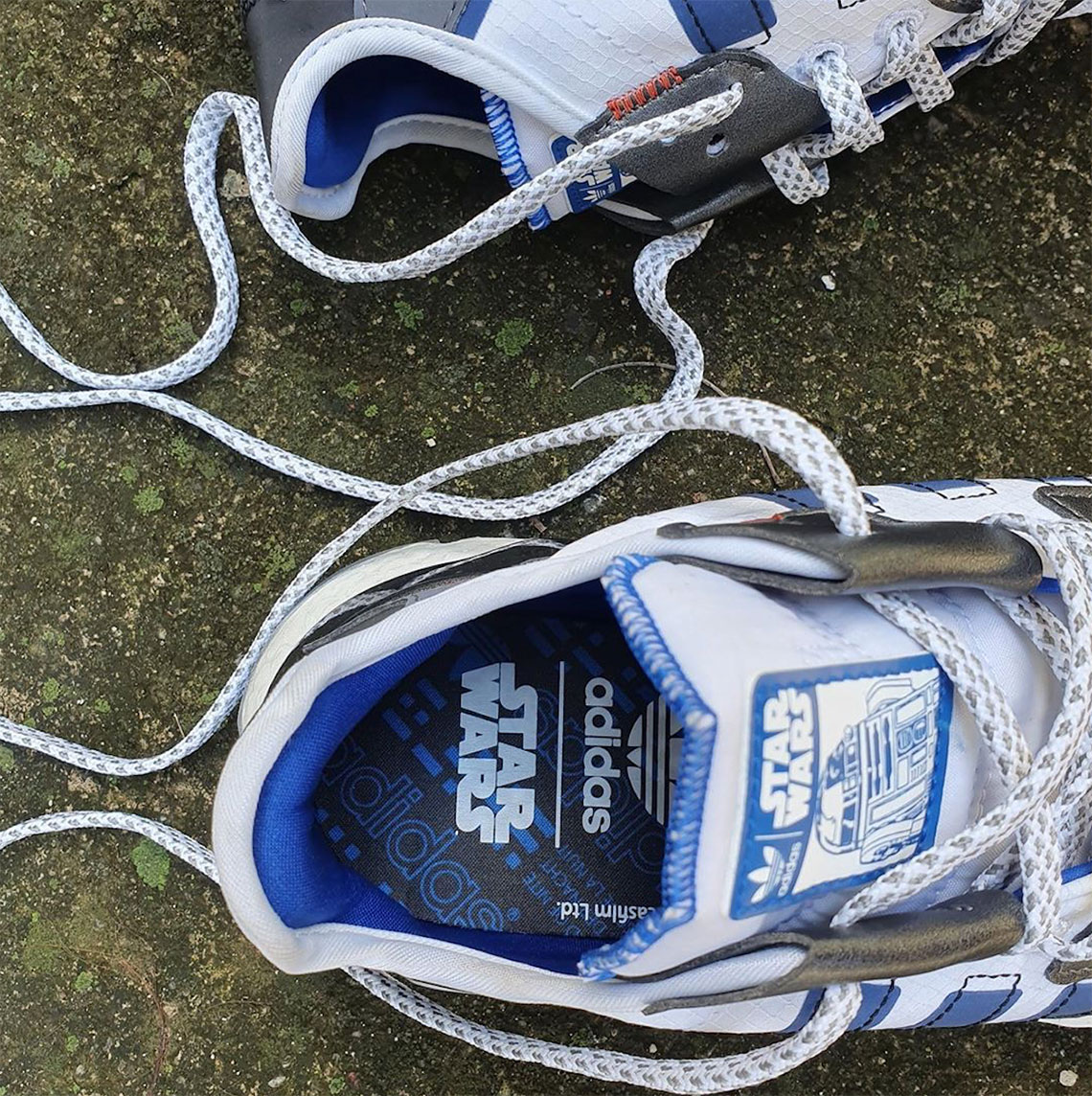 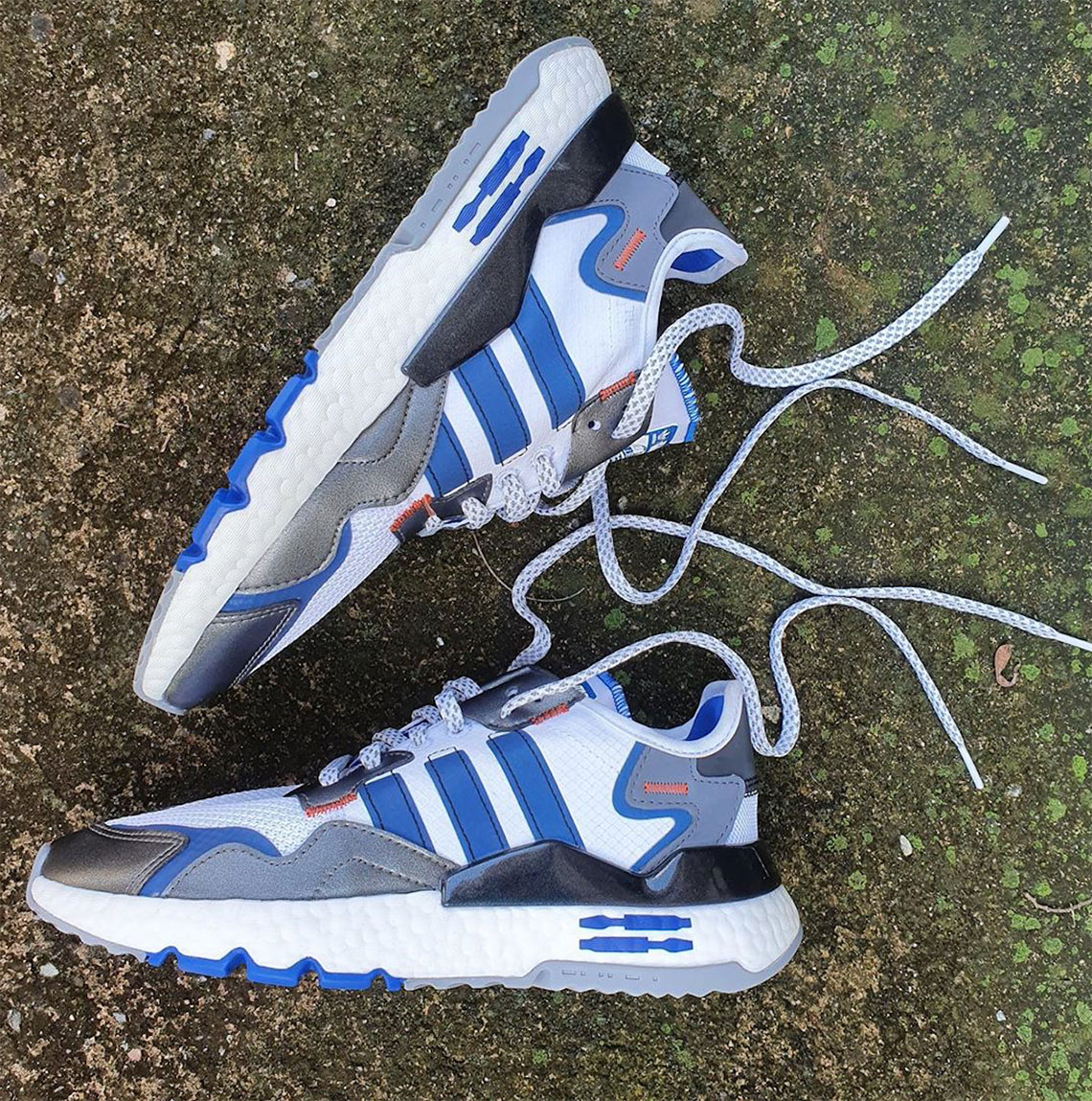 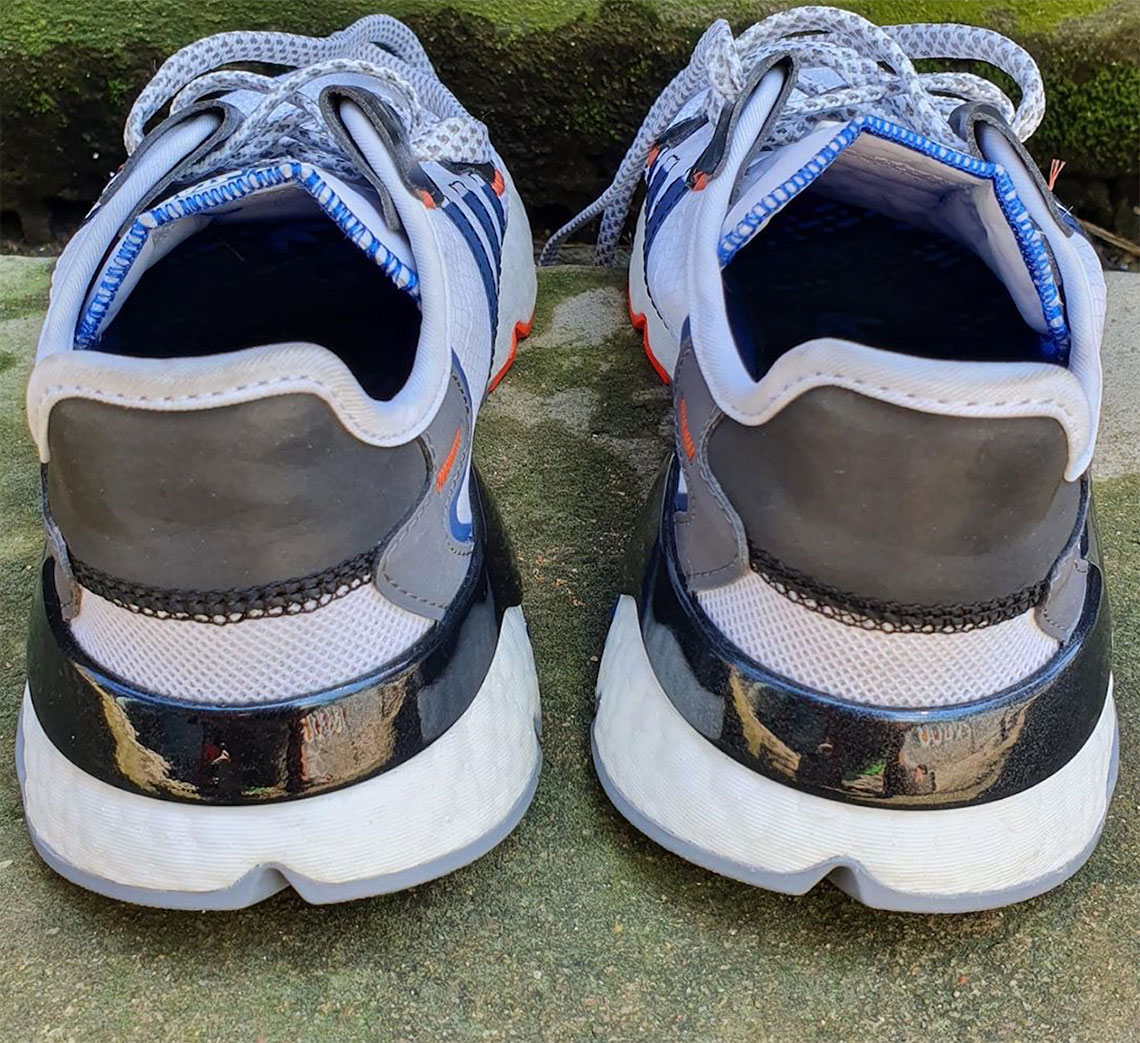 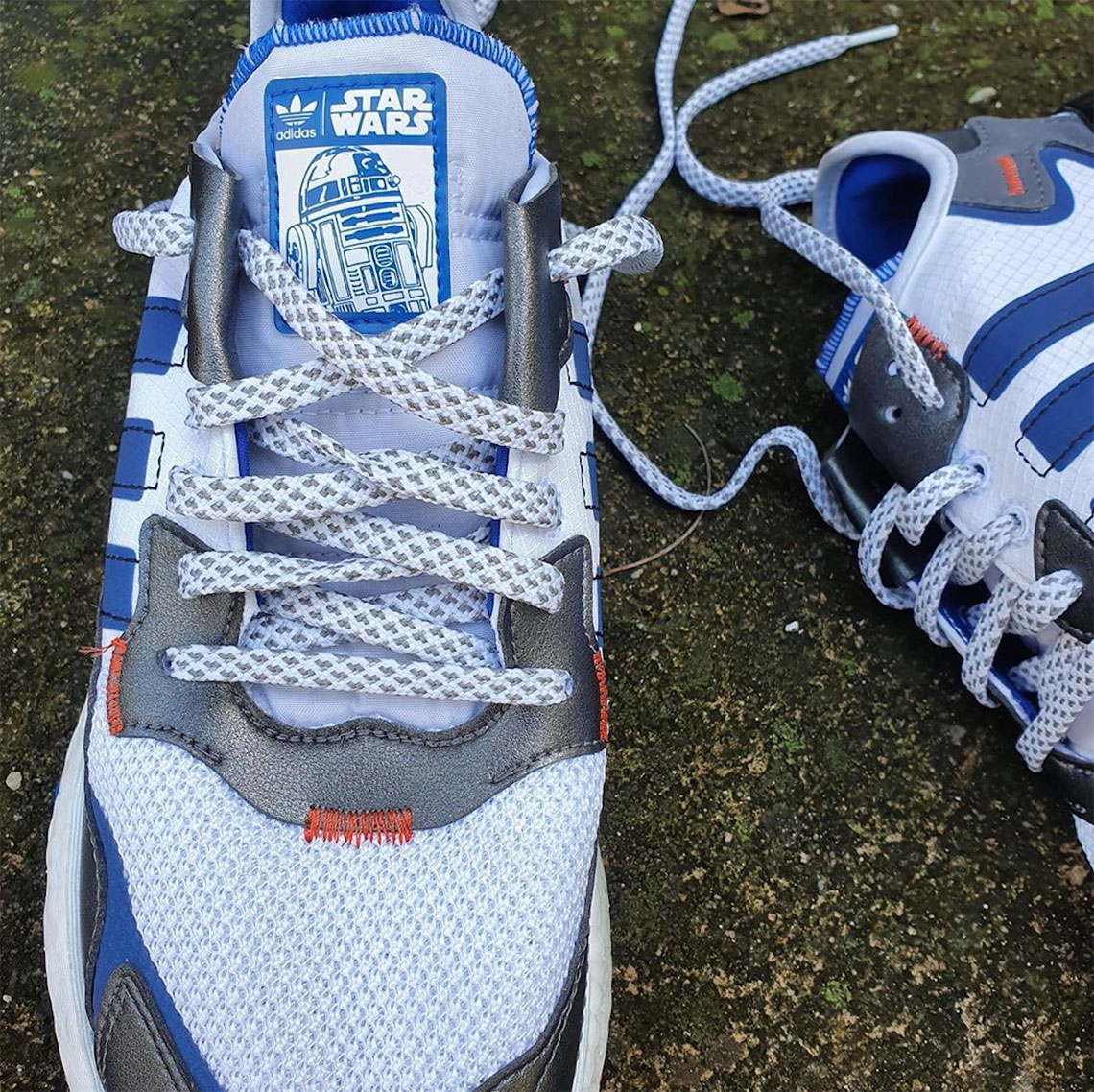