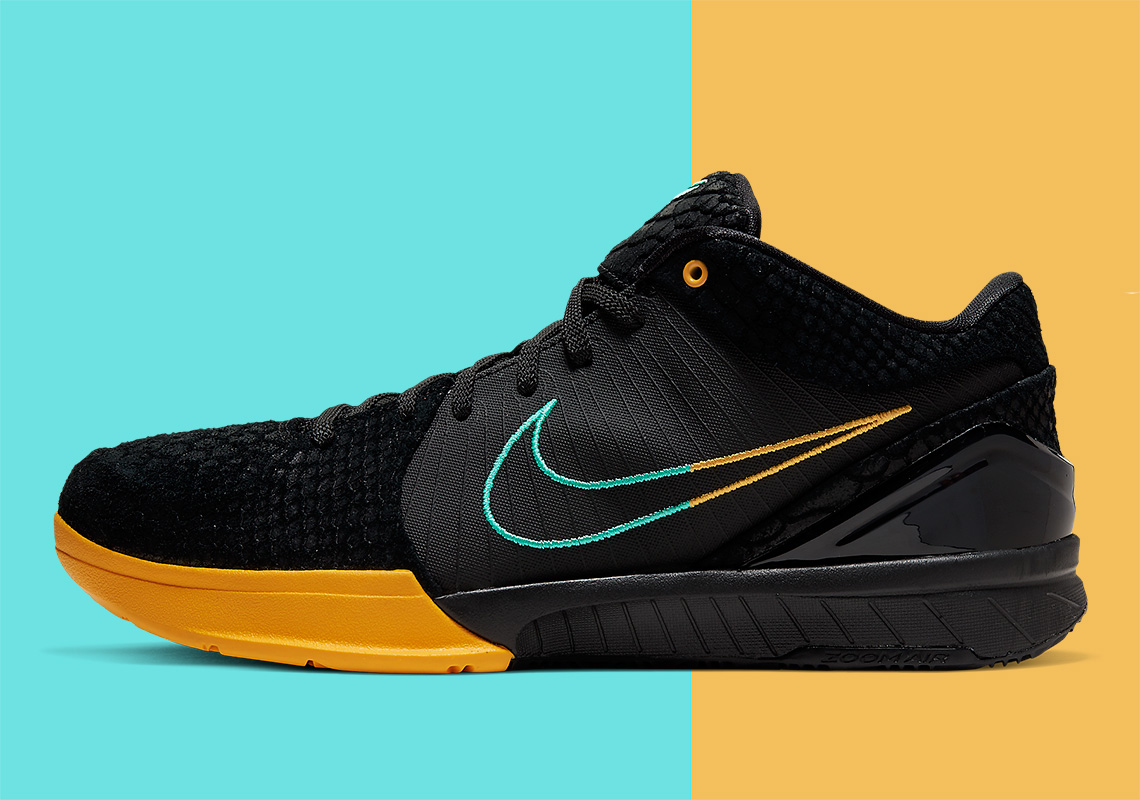 The Nike Kobe 4 Protro Reupholsters Its Uppers With Suede Snakeskin

2019 was certainly the Nike Kobe 4 Protro‘s year, with new takes by way of UNDEFEATED collaborations only etching what has become five new parts to a currently on-going lineage. Further paying homage to the athlete from which it borrows its namesake, the silhouette dons snakeskin textures in reference to his “Black Mamba” persona; these hits, rather than of the ordinary finish, are carved atop a base of suede fabrications, bearing a matte finish with edges pleasantly unrefined. Adding dimension ten-fold, the focal motif refrains from being too much as the profile contrasts in segmenting panels of synthetic fabrications. Swooshes embroider right along, split halfway with blue on one side and yellow on the other; the sole, however, doesn’t quite follow the same execution though its forefoot bears the same warm tone up until the midpoint at which it swaps to a more neutral black. Eyestays, though for the most part untouched, are asymmetric at their very topmost hole, adding a subtle yet fitting addition to a scheme of little color. Grab a detailed look at the pair right here and expect to see it releasing at select retailers as well as nike.com on October 15th for a retail of $175 USD. 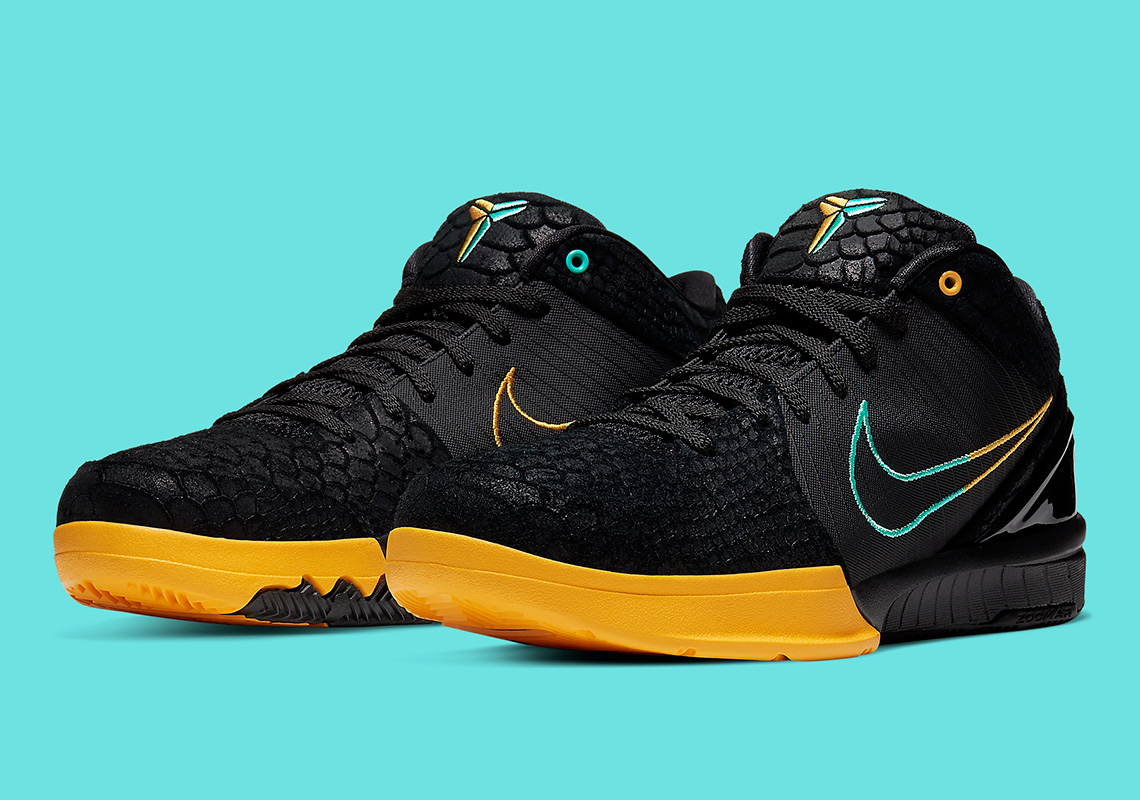 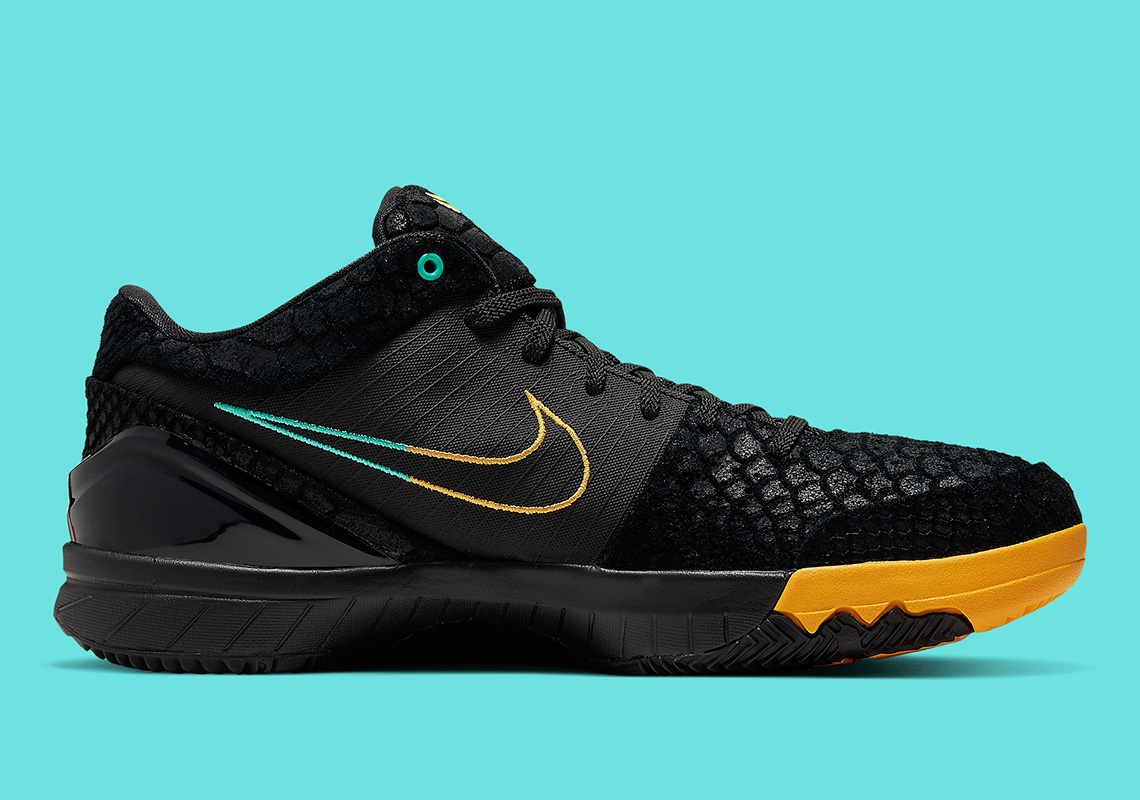 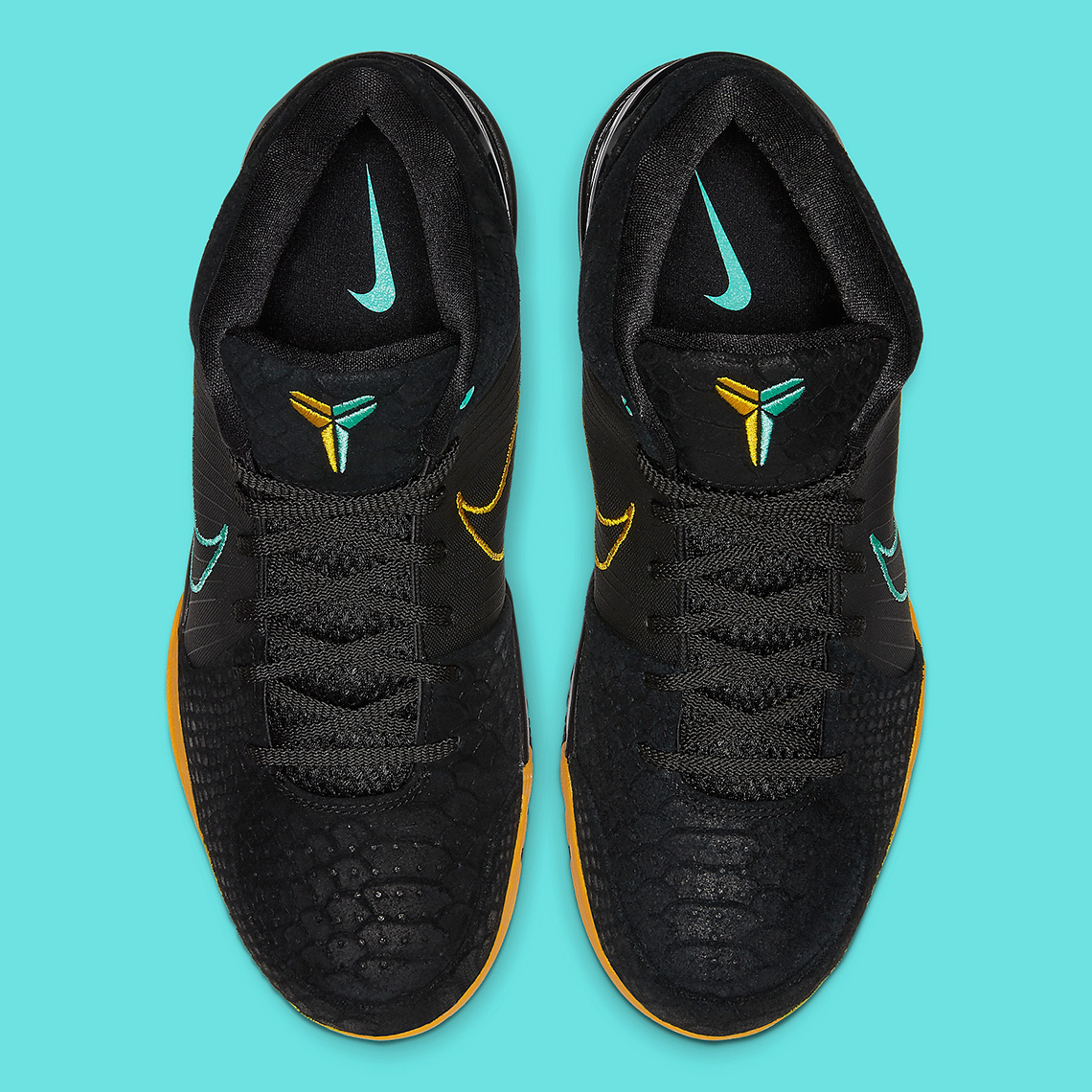 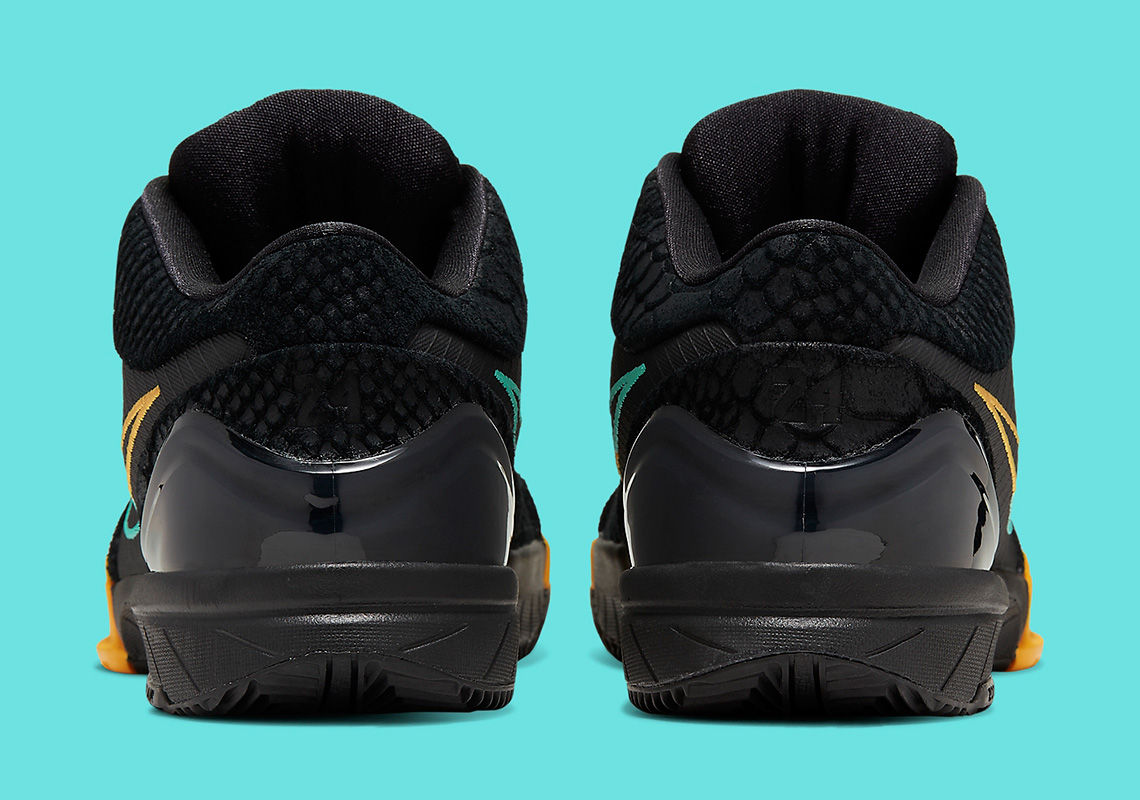 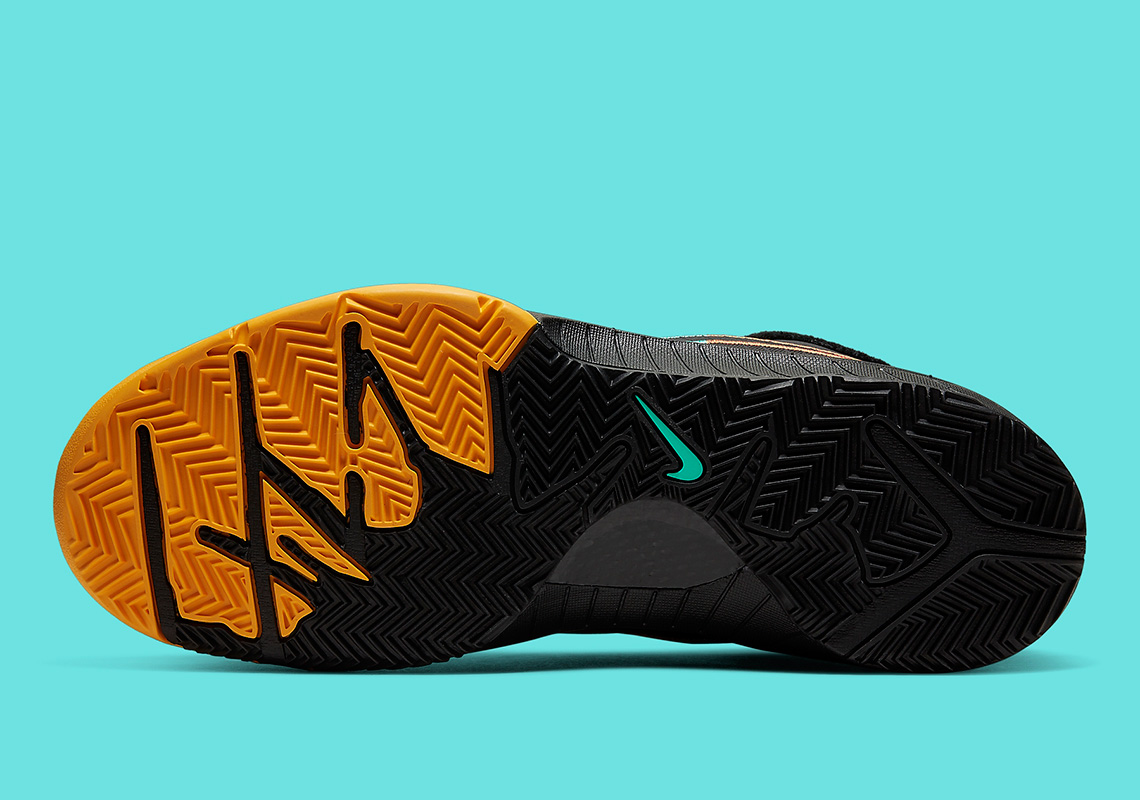