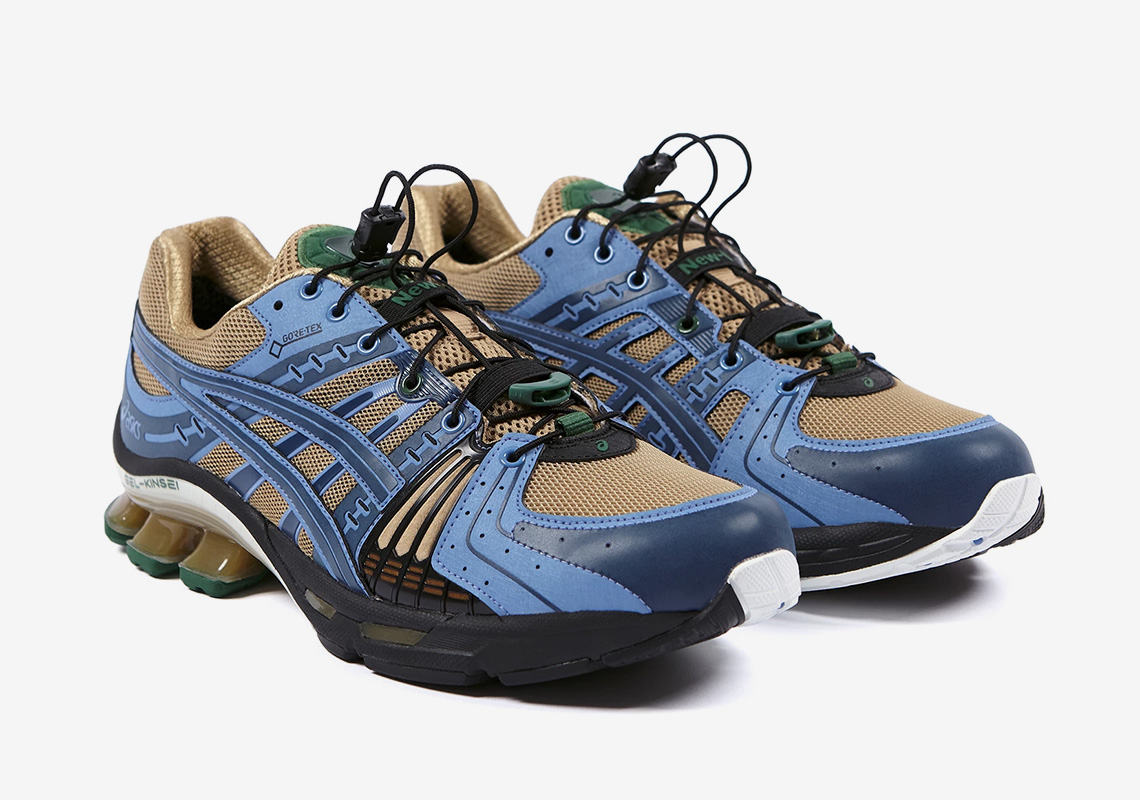 Kiko Kostadinov’s collaborative streetwear imprint AFFIX WORKS continues to be a force to be reckoned with, taking some of the best minds in the industry — namely Stephen Mann, Taro Ray, Michael Kopelman, and the aforementioned Bulgarian — to further establish this idea of “New Utility.” First seeing to their set of ASICS collaborations just months ago, the label is now catching a second wind along the same GEL-Kinsei silhouette though now upgraded with weather-resistant GORE-TEX fabrications. The colorway itself is in huge departure from the original two: rather than sport standout hits of neon yellow or saturated blues, the pair features striking earth tone backdrops with accents of pastels laid out right on top. Overlays, such as the tiger stripes at the side, toe caps, and eye stays, deviate in cool tone shades for further tonal dimension, sitting just adjacent to black-dyed toggle laces, midsole detailing, and sturdy hardshell cages. Soles, arguably the most intricate element of the model itself, are kept largely simple save for its heel whose teeth-like tread take on a simple swathe of seafoam green. Grab a look at the pair right here and expect to find it rolling out to their own site as well as a select set of Japanese retailers. 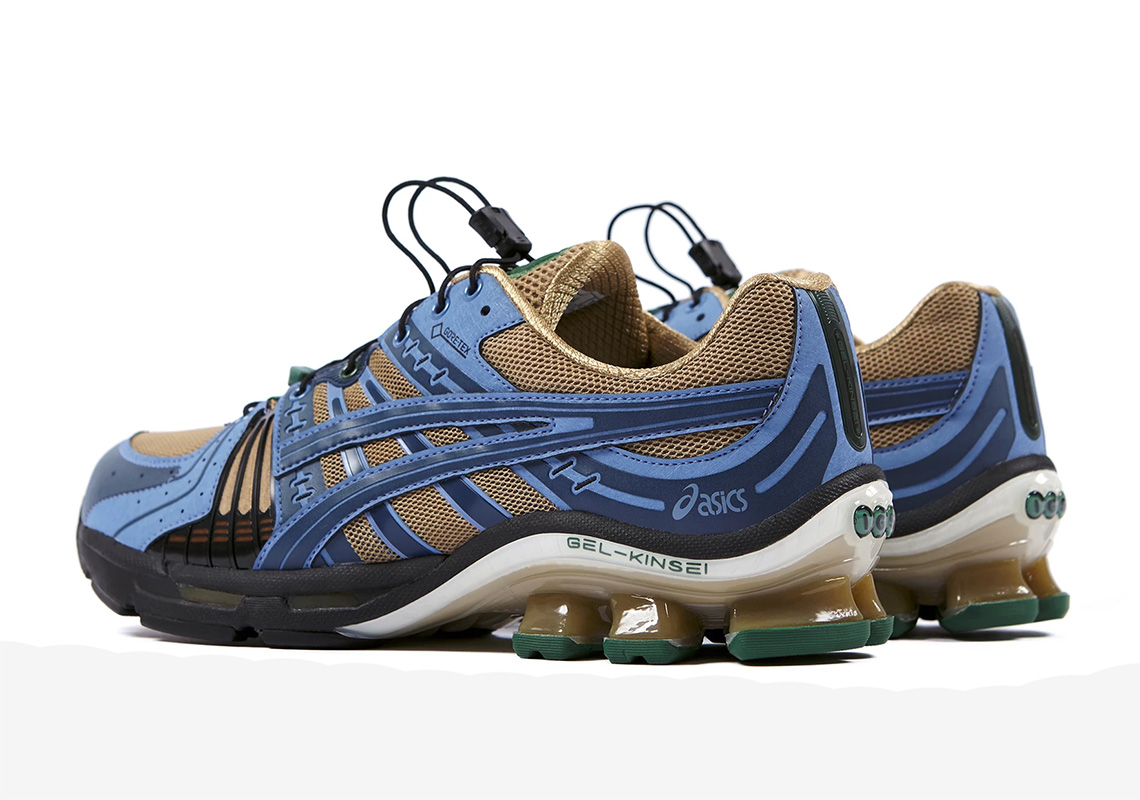 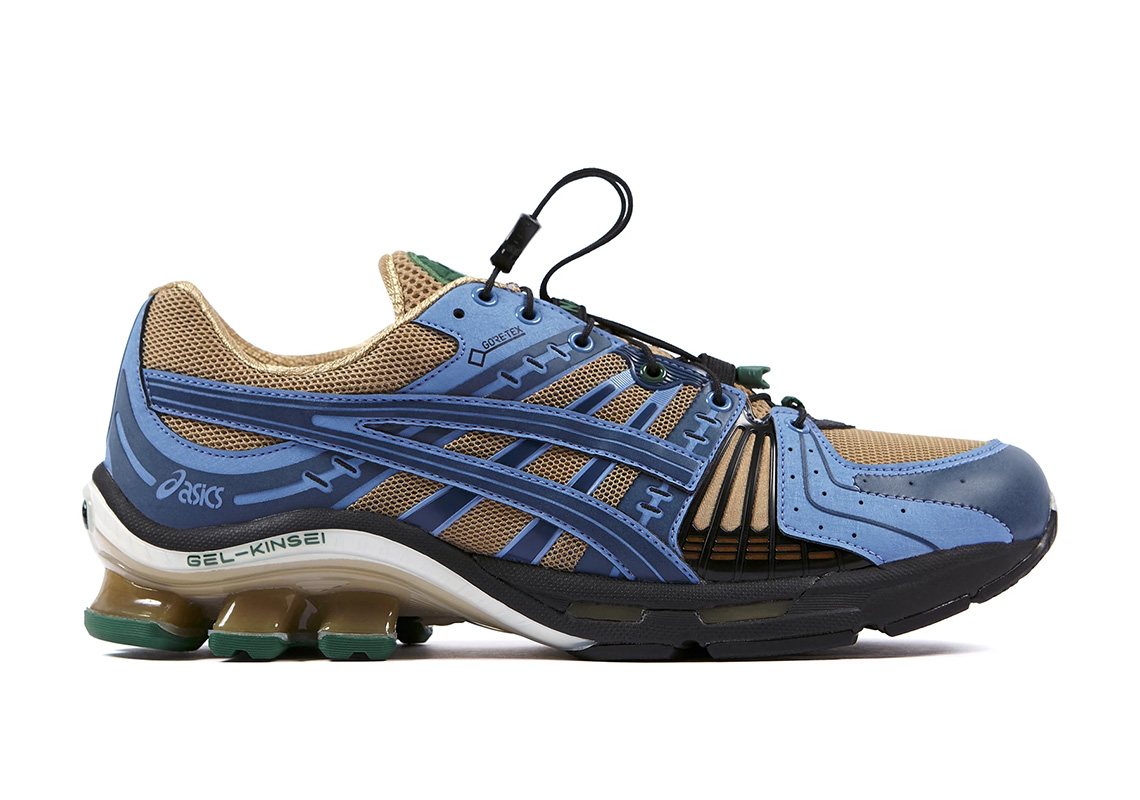 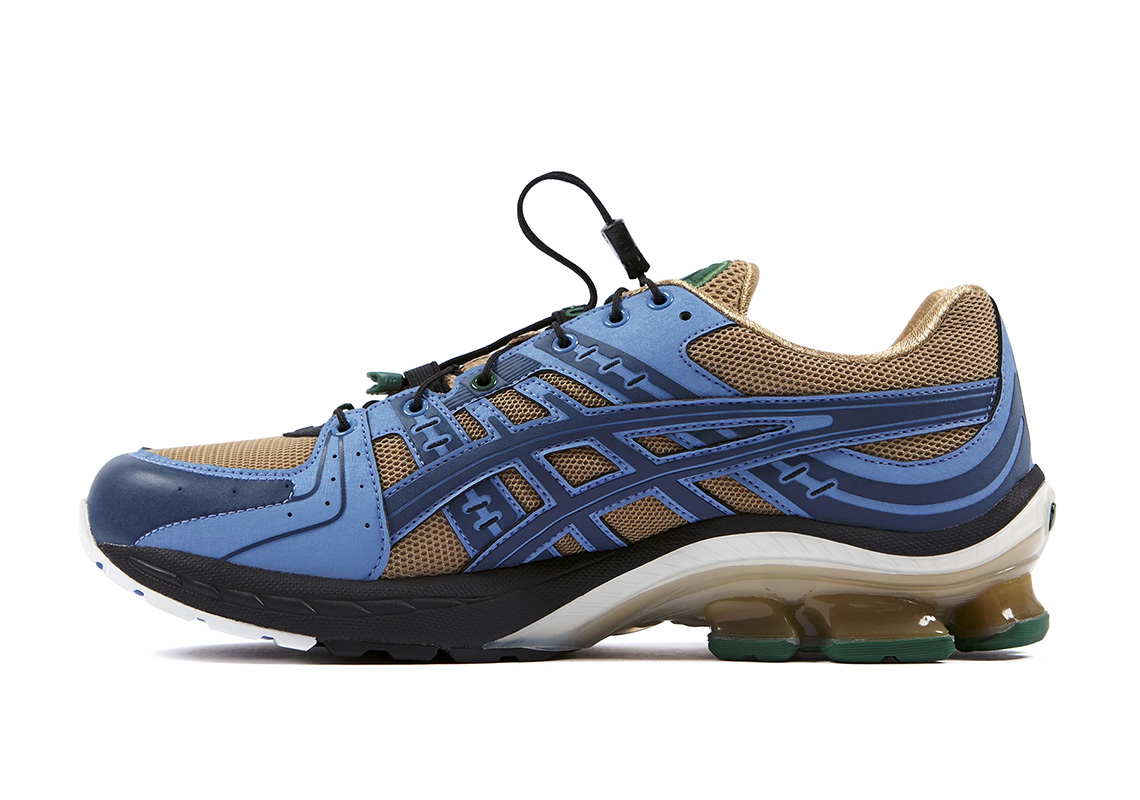 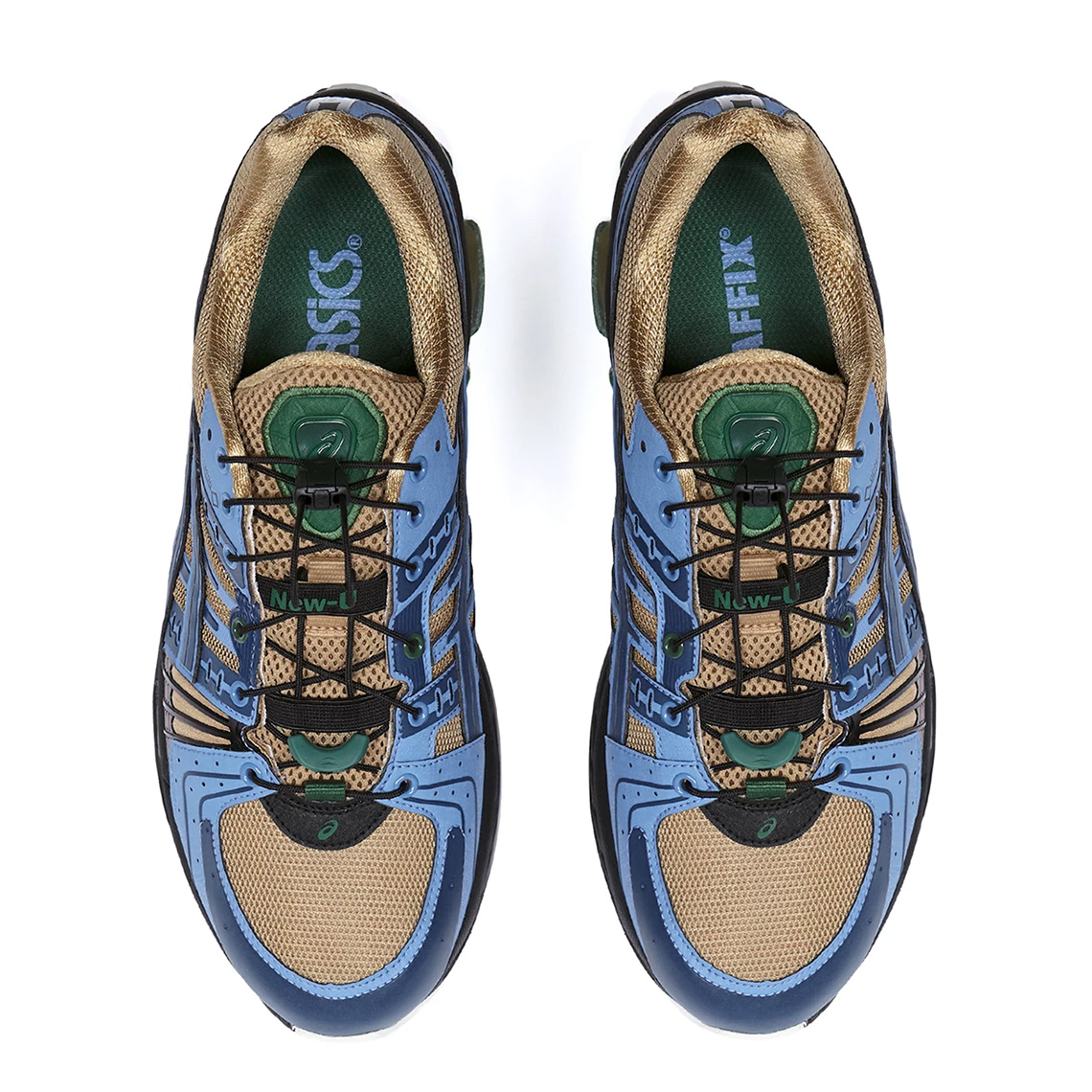 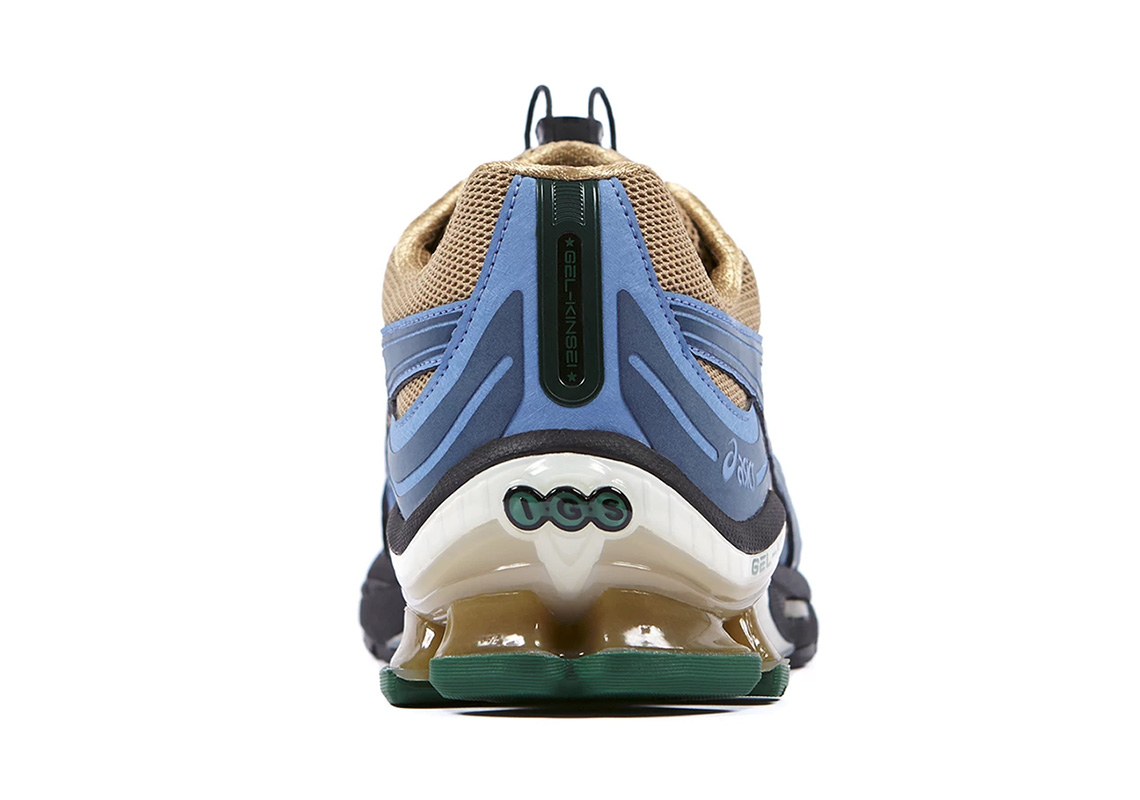 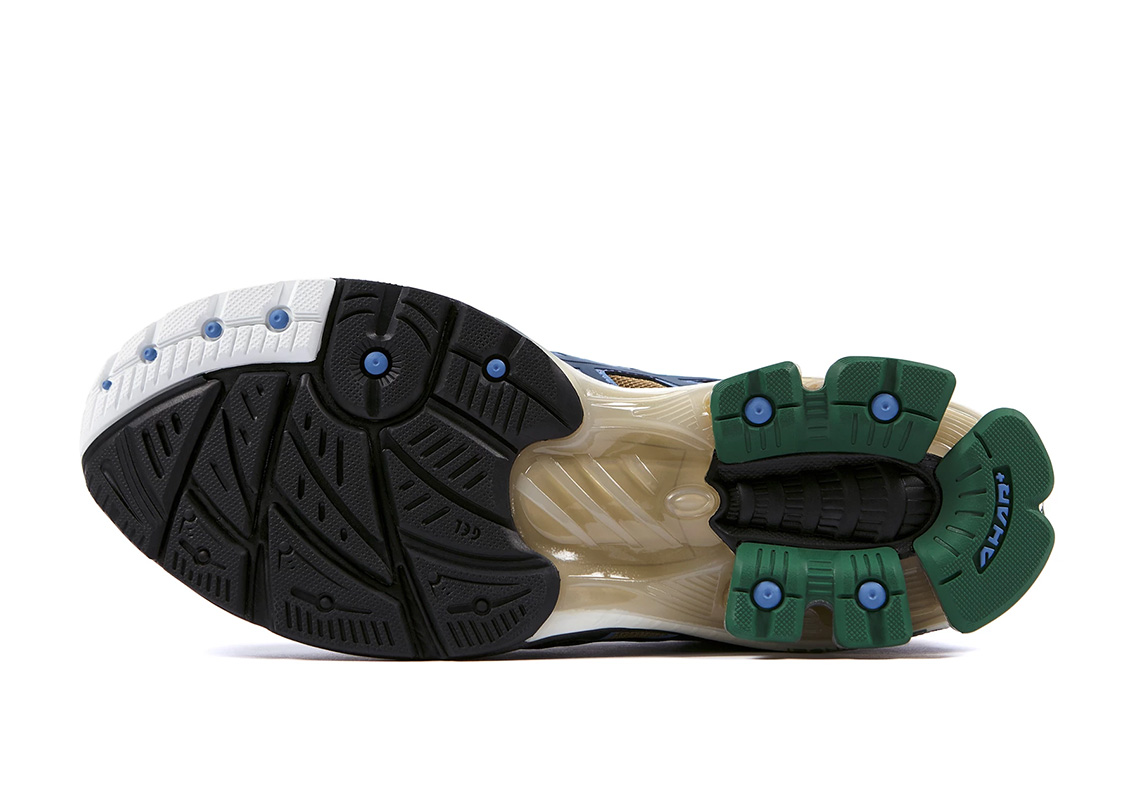 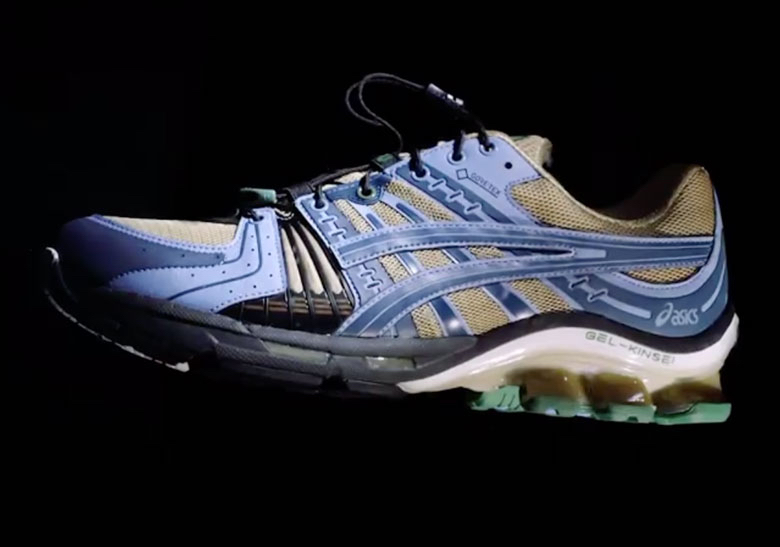