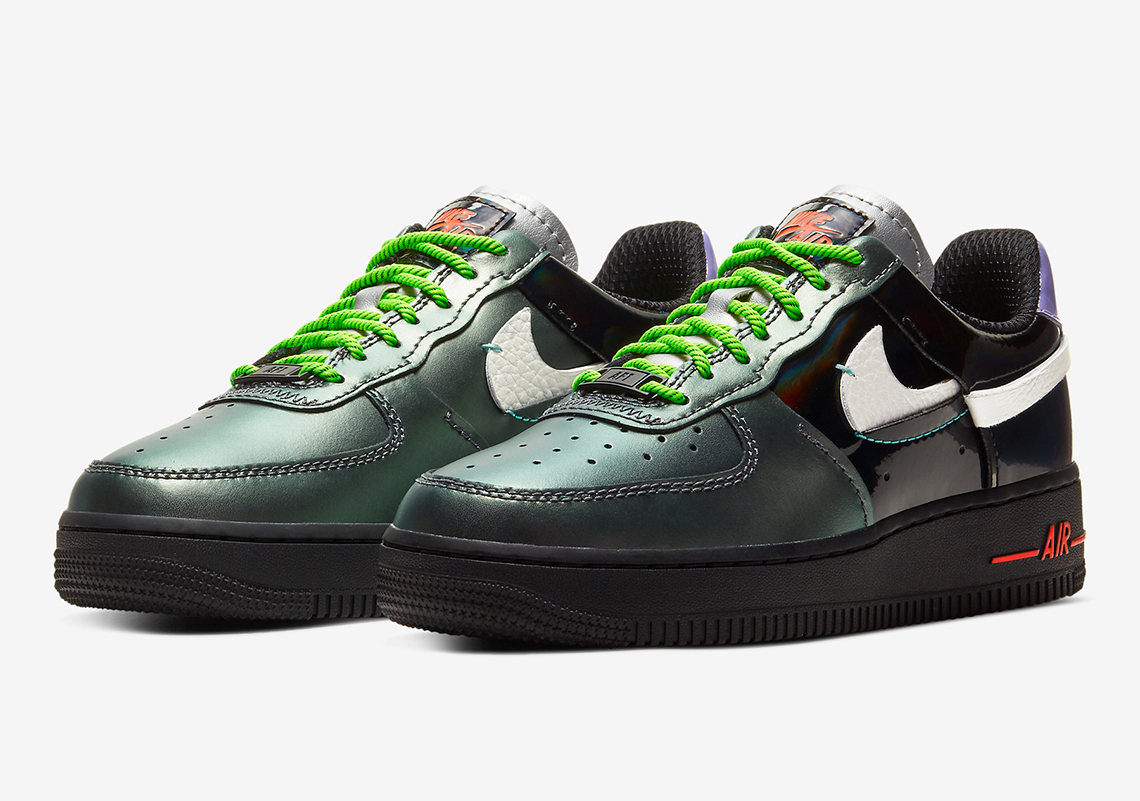 Is This Nike Air Force 1 “Vandalized” Inspired By The Joker?

Since the emergence Jester, Explorer, Rebel, Lover, and Sage executions of Reimagined 1 collection, the Air Force 1 has gone under the knife quite frequently – a sign of Nike’s liberal treatment of the ’82 classic. The Vandalized iteration that debuted earlier this year integrated some of the audacity from the Reimagined crew with trendy “deconstructed” and “inside-out” methods, adding asymmetry to the otherwise placid model. Revealing itself predominately in white and sail leathers, the Air Force 1 Vandalized has now appeared in a metallic and iridescent finishes, with vibrant neon accents on the laces, heel-tab, and AIR mark on the sole. It draws a strikingly similar resemblance to the color palette of Joker’s face paint, although we’re certain the timing of this release is a mere coincidence and unaffiliated with Joaquin Phoenix’s portrayal. This women’s exclusive release is set to hit retailers soon, so see the detailed look ahead to get better acquainted before the drop. 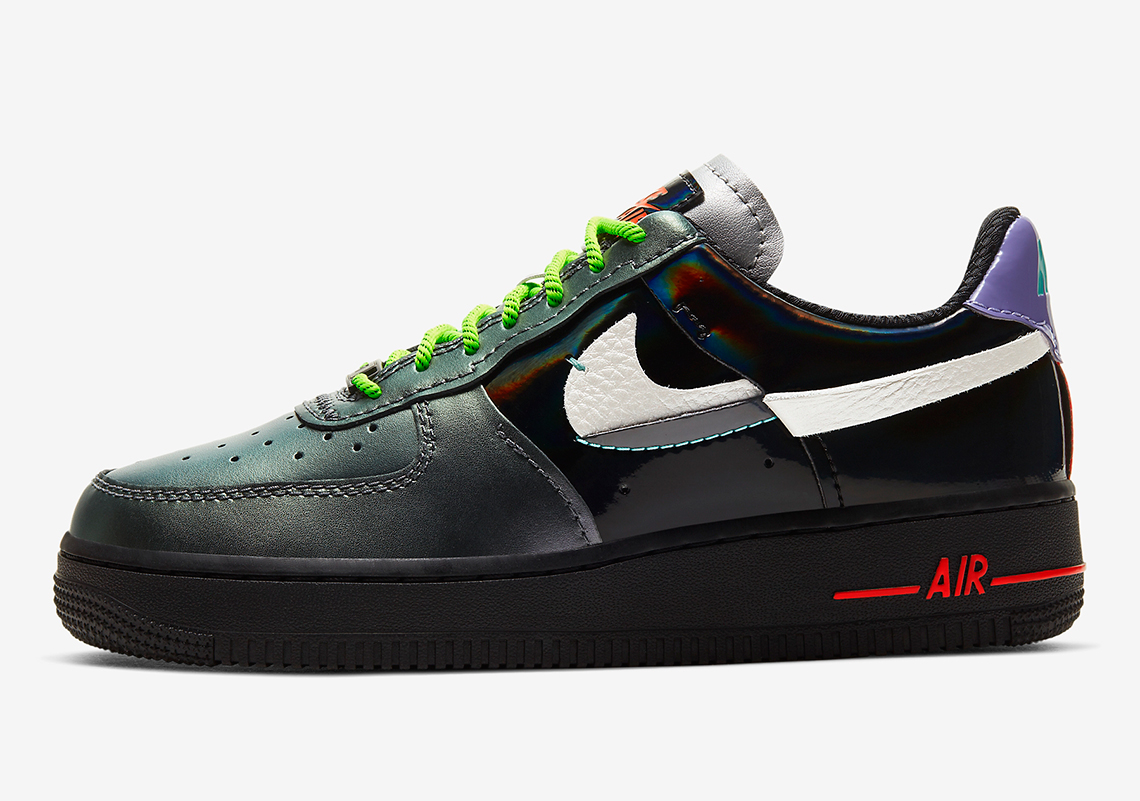 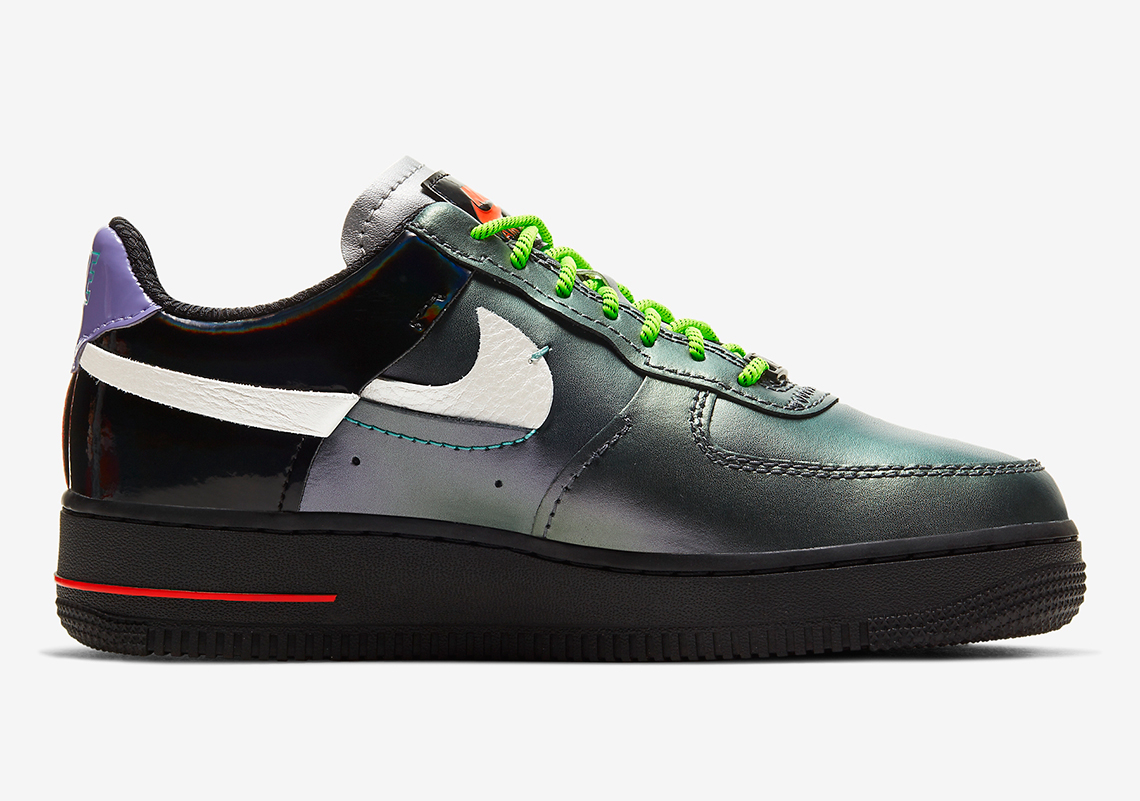 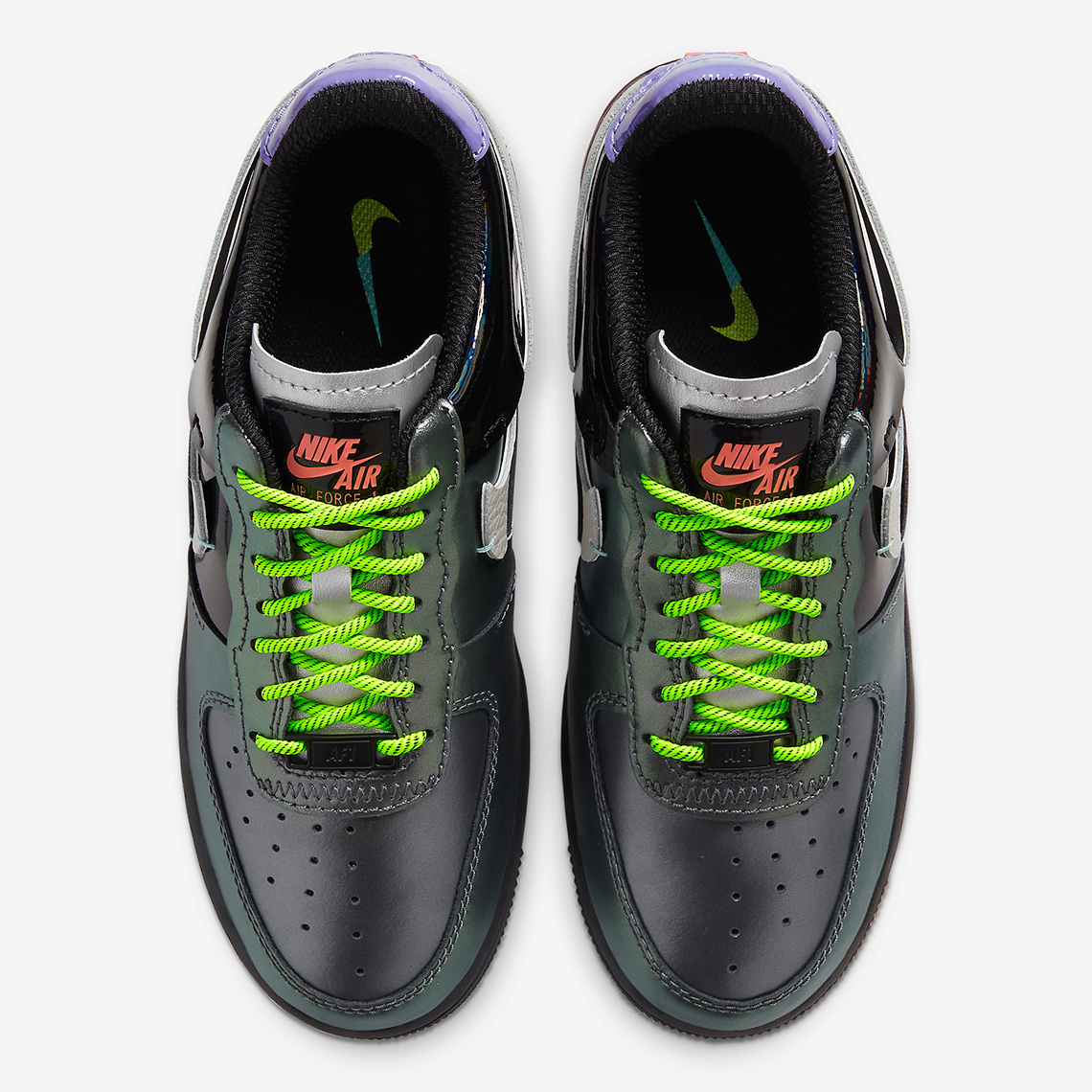 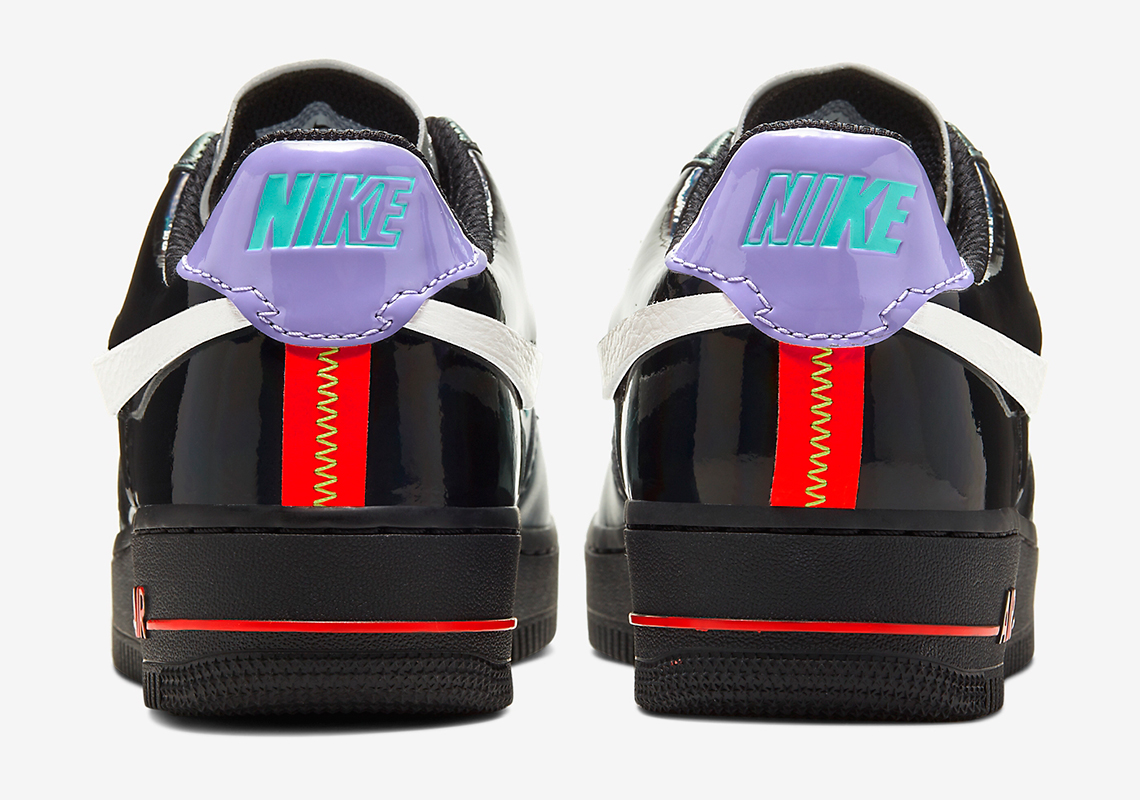 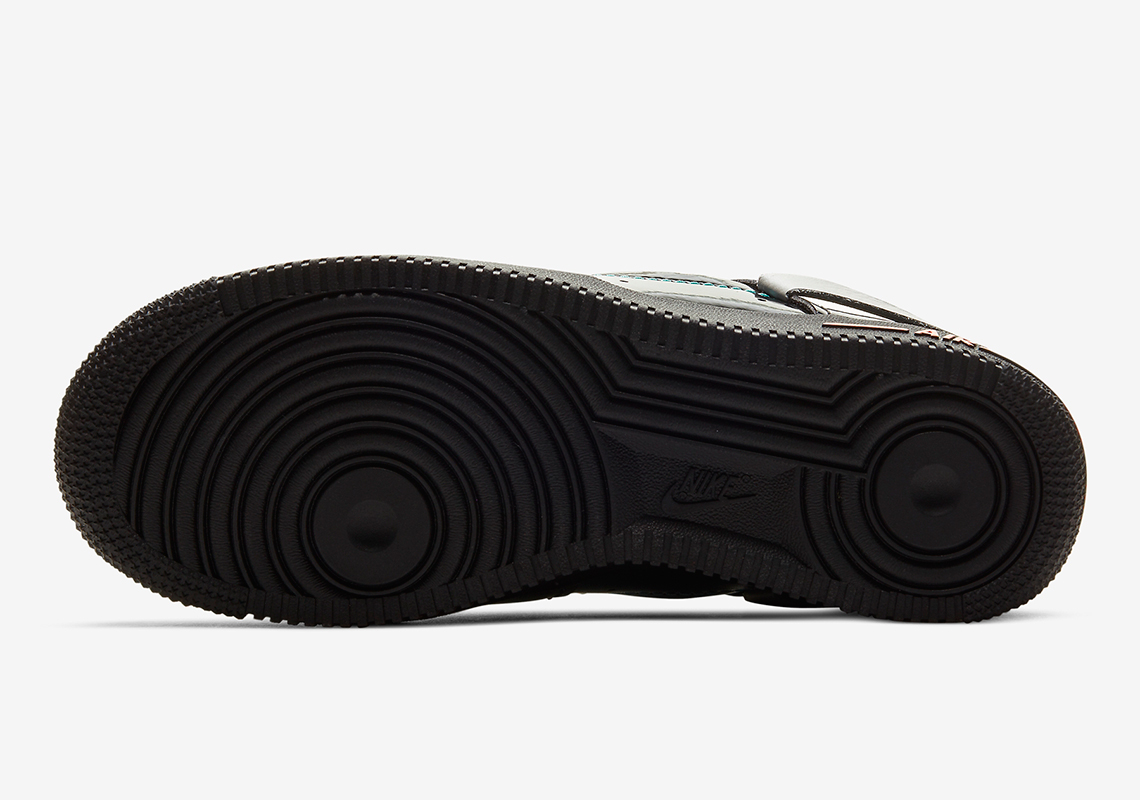