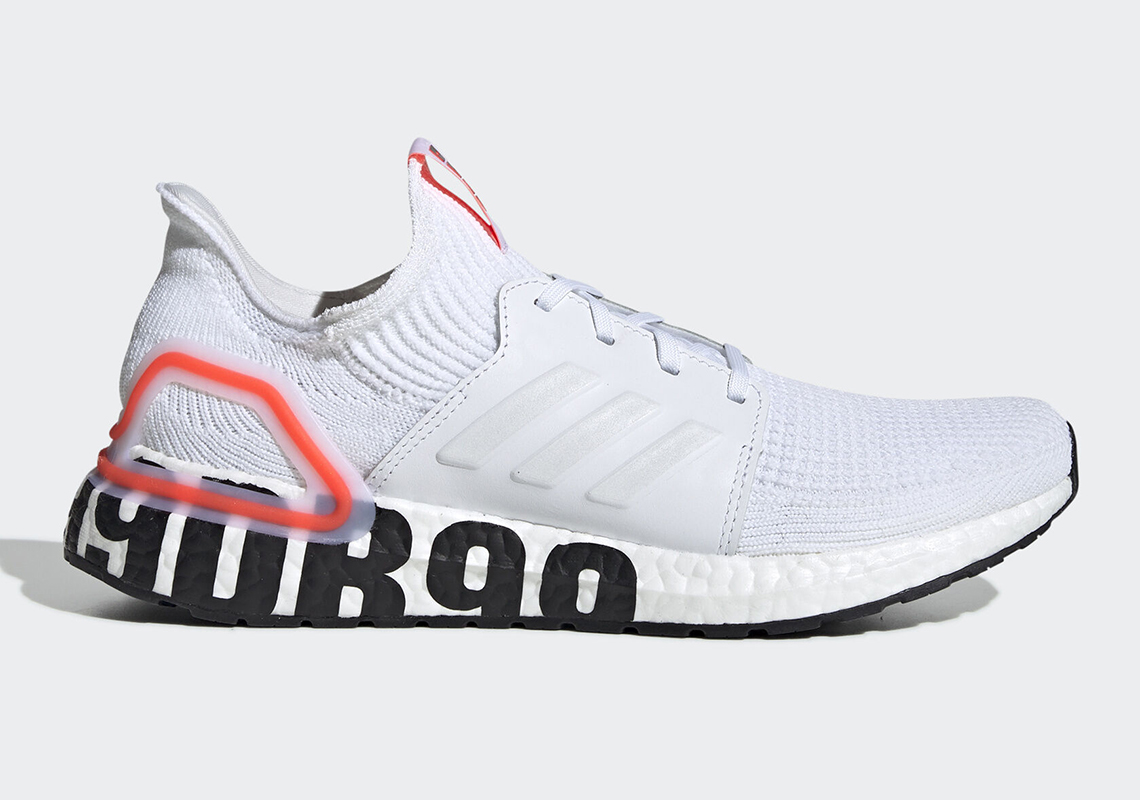 Paying homage to one of the most illustrious athletes on their brand roster, adidas is honoring the great David Beckham with a specially made Ultra Boost 19 as a nod to the 20th anniversary of his triple crown achievement. The collaboration commemorates the 1998-1999 season in which he lead his Manchester United Red Devils to victories in the Premier League championship, FA Cup, and the European Cup. Sporting a classic white Primeknit upper, these runners display bold “DB99” branding wrapping the Boost-infused midsoles from heels to the mid-foot, and is further alluded to on the tongues. Mid-foot cages that usually see translucent netting are now swapped for a smooth leather, in addition to further detailing arriving by solar red hits rimming the the heel cages and “David Beckham” text laid upon the insoles for additional flair. Although these are now available in China, it’s likely that these will see a stateside release in the coming weeks on adidas.com and at select retailers for $180 USD. See a detailed look here ahead. 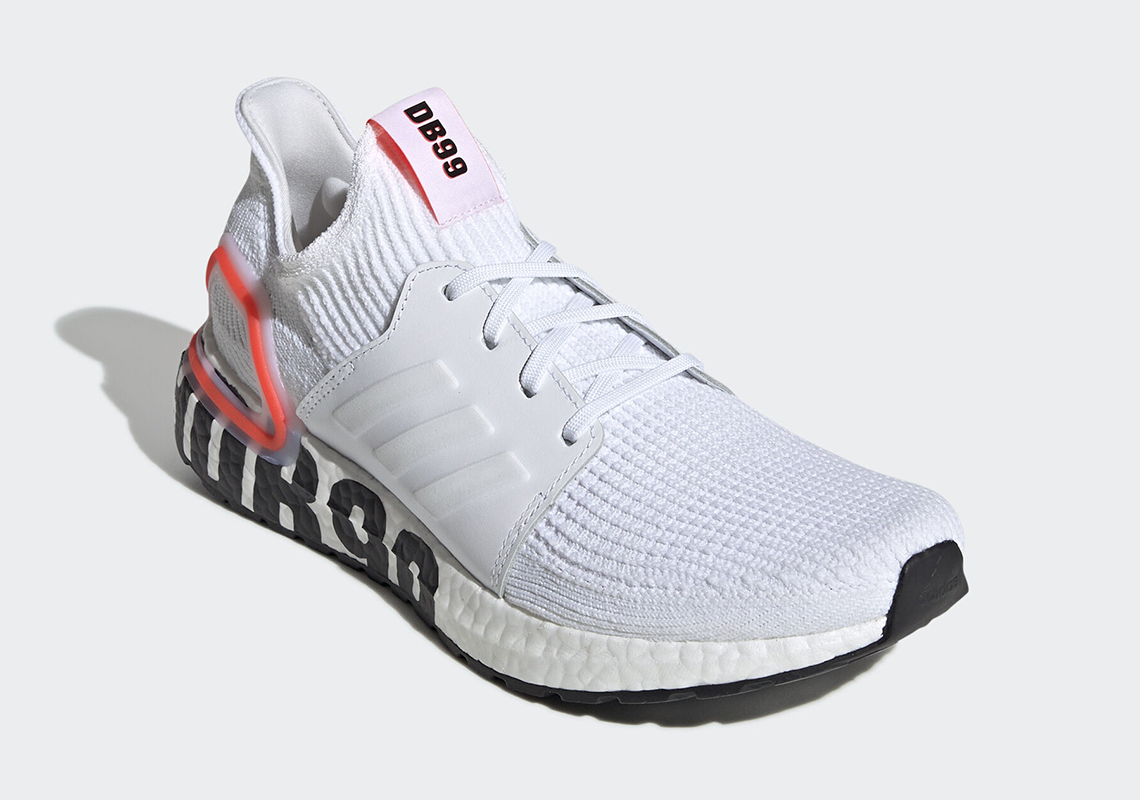 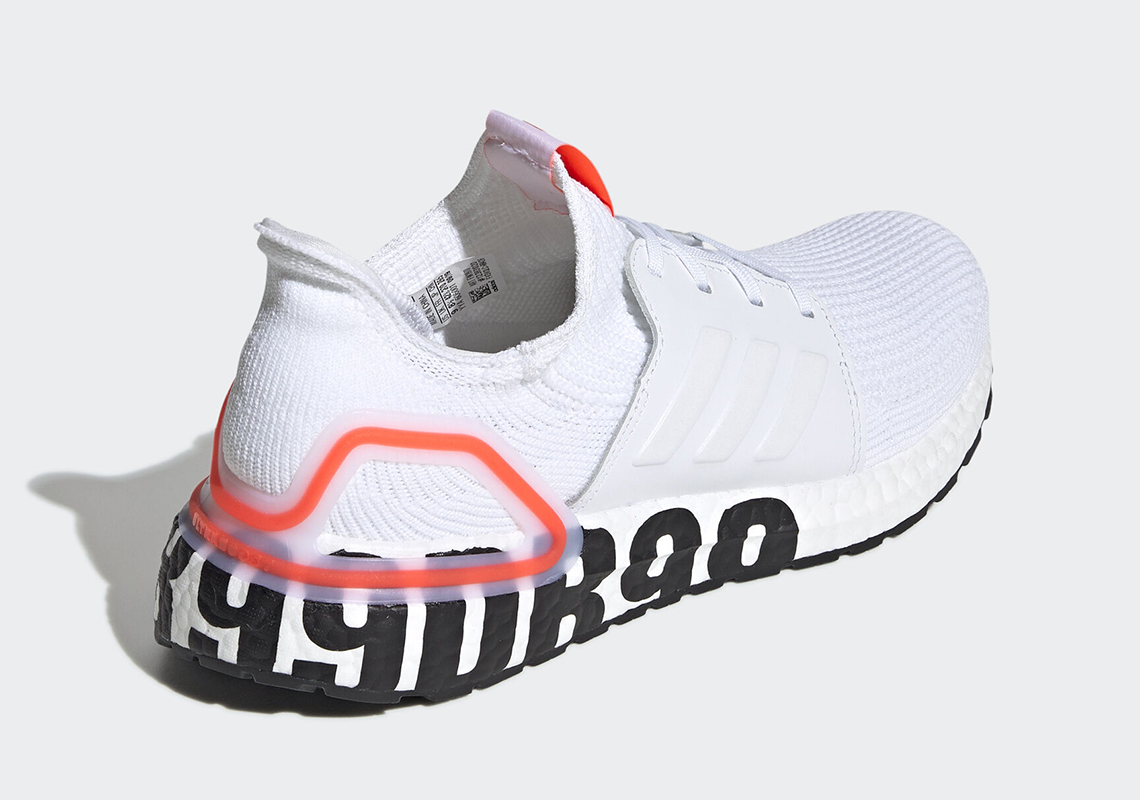 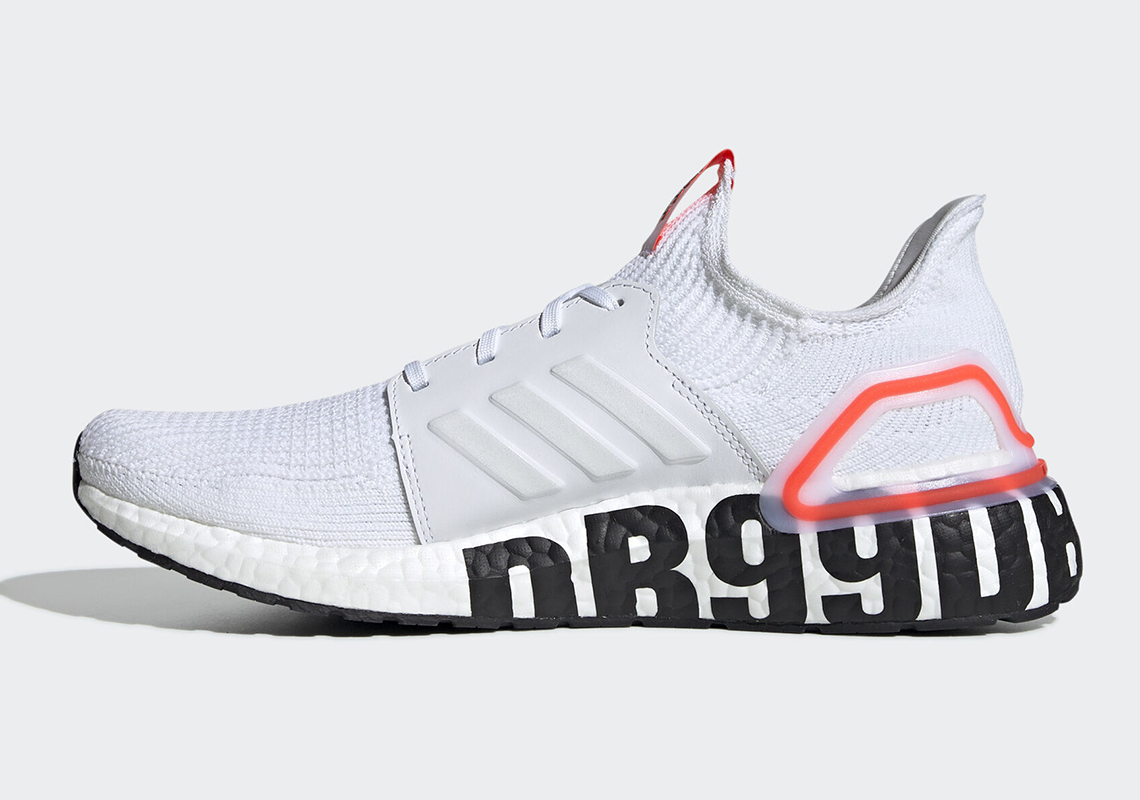 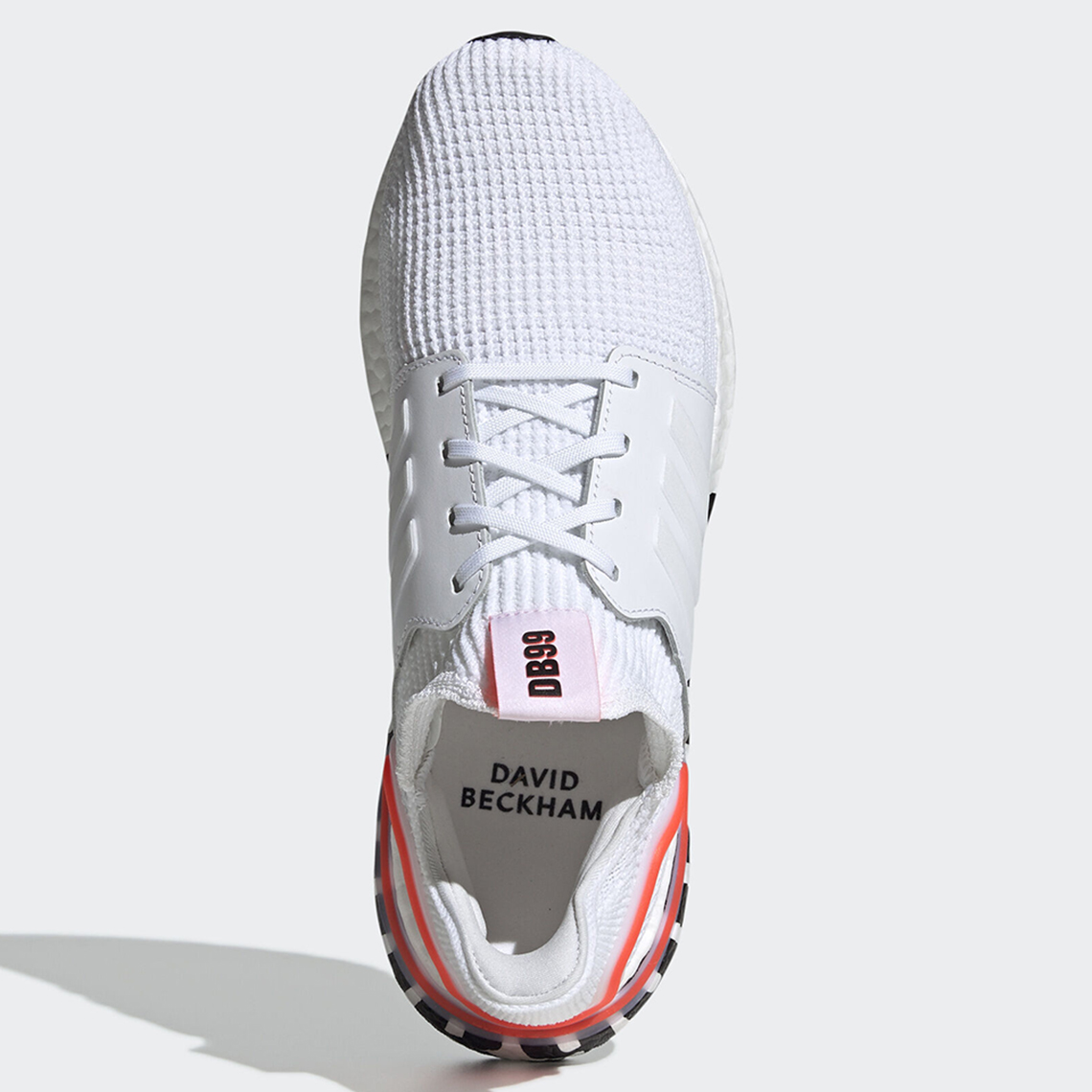 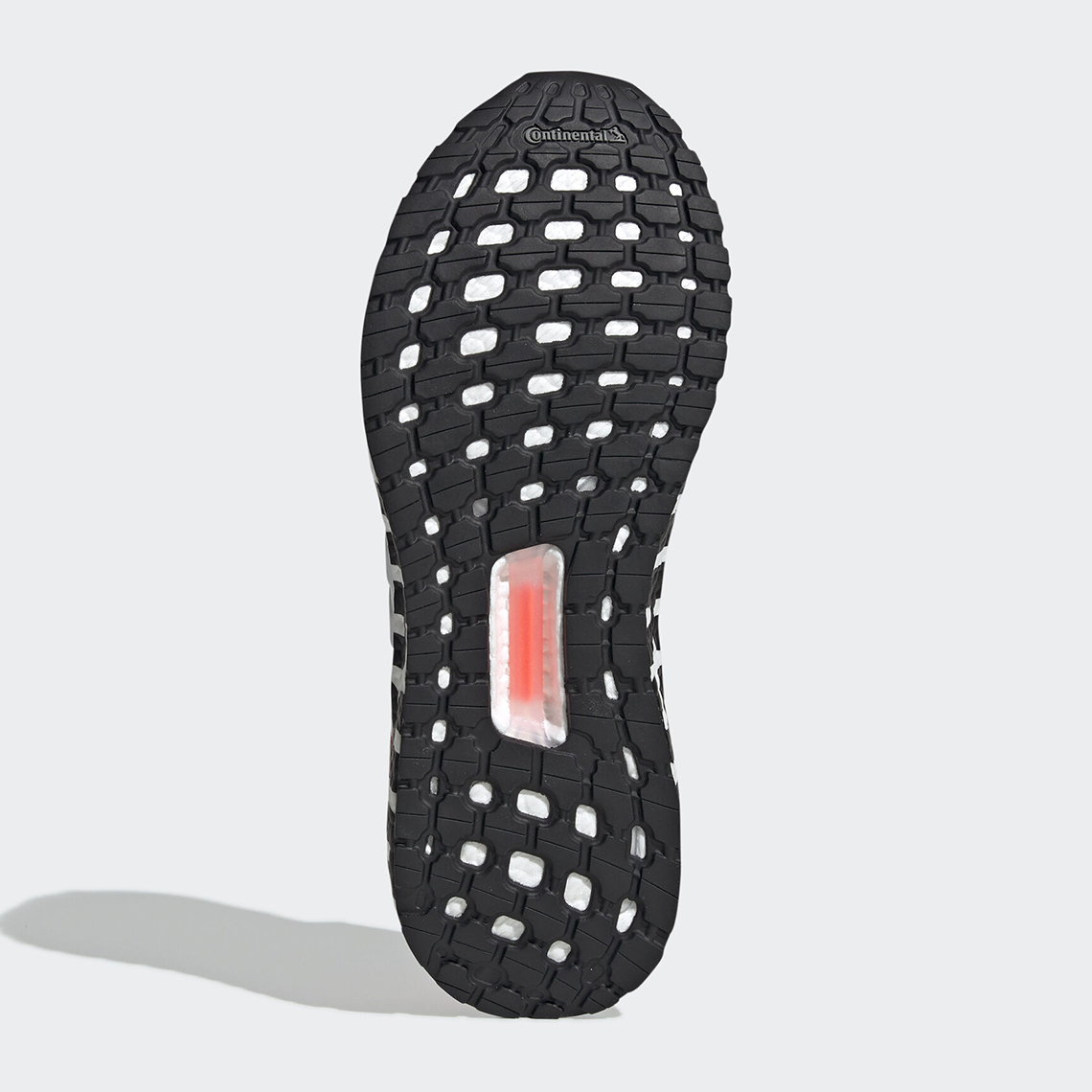 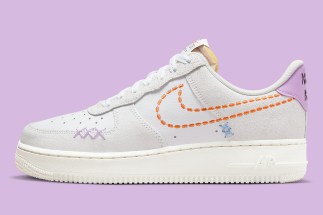