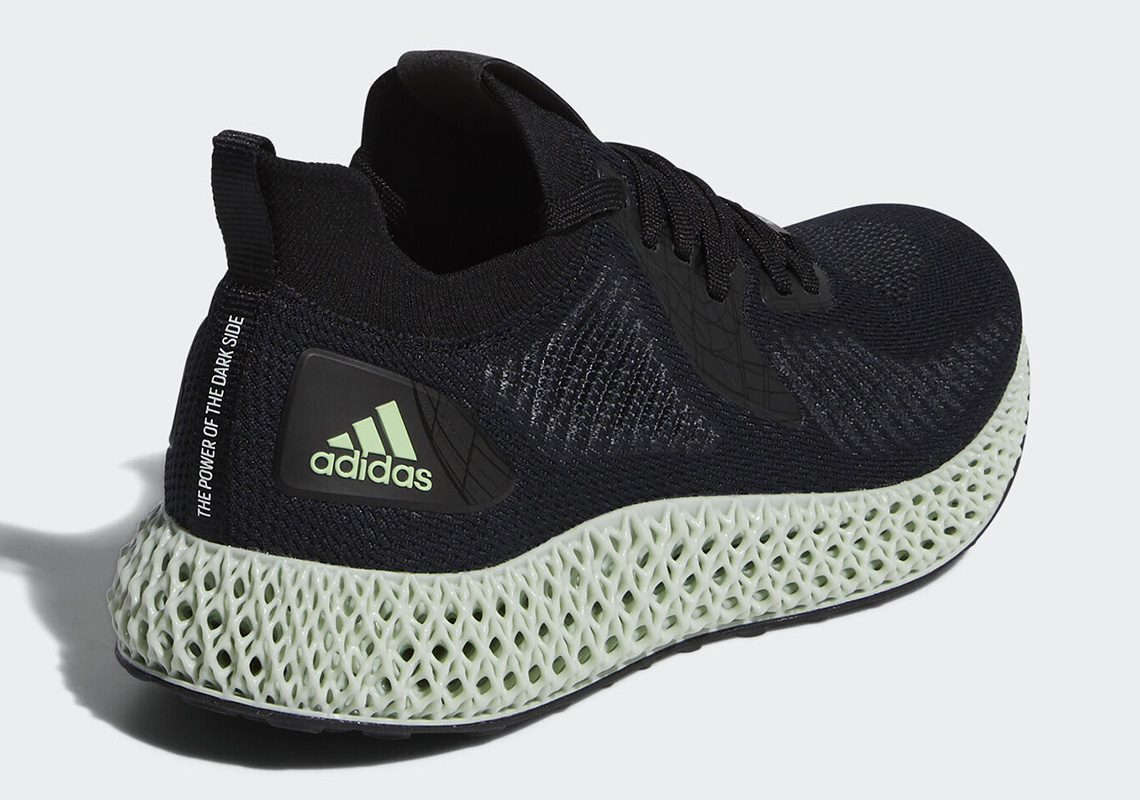 Just as each generation of the series ended with three, Star Wars and their expansive pack of adidas silhouettes is fittingly geared to create a trilogy of their own, revealing in full the Hoops iterations only days ago and only now throwing out glimpses of their forthcoming runners. Unlike the Ultra Boosts of the same set, their black-dressed AlphaEdge 4D lies solely on the dark side as it pays homage to one of the Empire’s most prolific weapons: the Death Star. Made subtle with details easy to miss, it’d be easy to mistake the pair for a mainline offering: Primeknit weaves are mostly quite ordinary with dark tints differing not one bit from toe to heel. Paneling placed right along its sides, however, reveal an almost invisible etching of the space station itself with its most recognizable accents perfectly on display. Elsewhere, cobranding at the tongue stays quite through white marking while “THE POWER OF THE DARK SIDE” brandishes along the heel. Its printed cushion is still dyed in the same green tint, a match for the heel logos, finishing what may be one of the most wearable of the entire collection. Grab a detailed look right here and expect to find them rolling out to select retailers and likely adidas.com on November 21st for $300 USD. 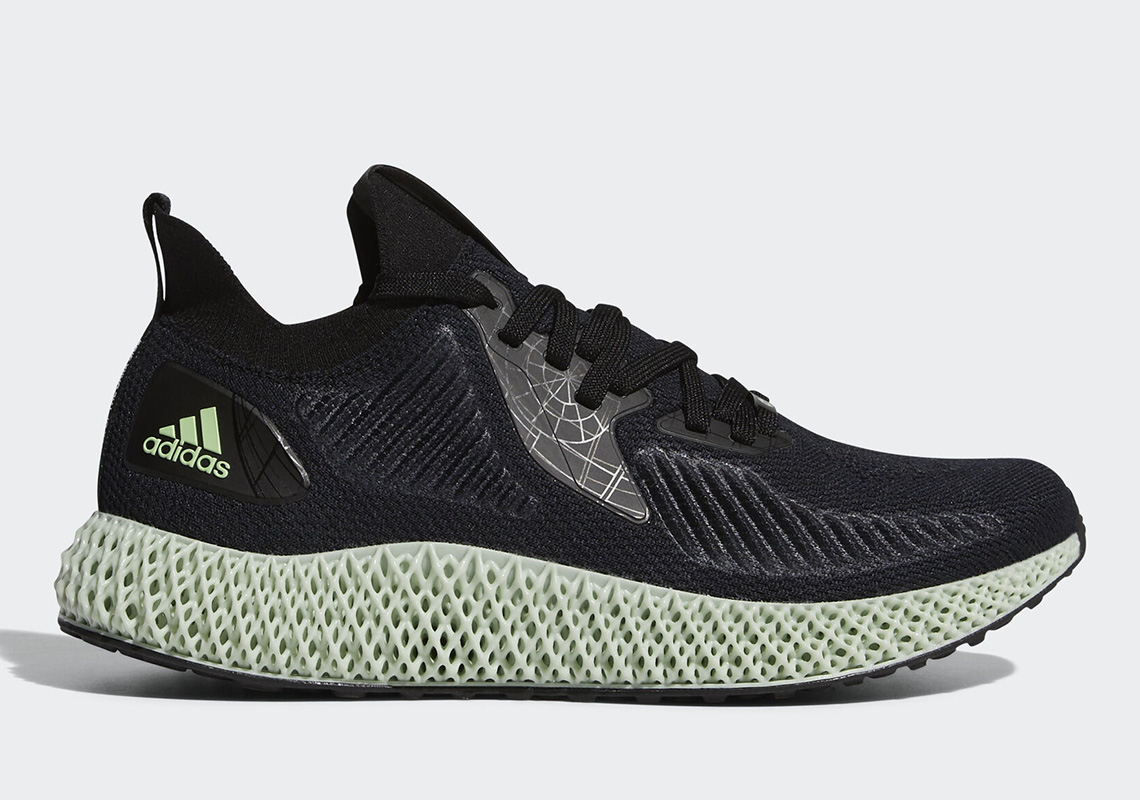 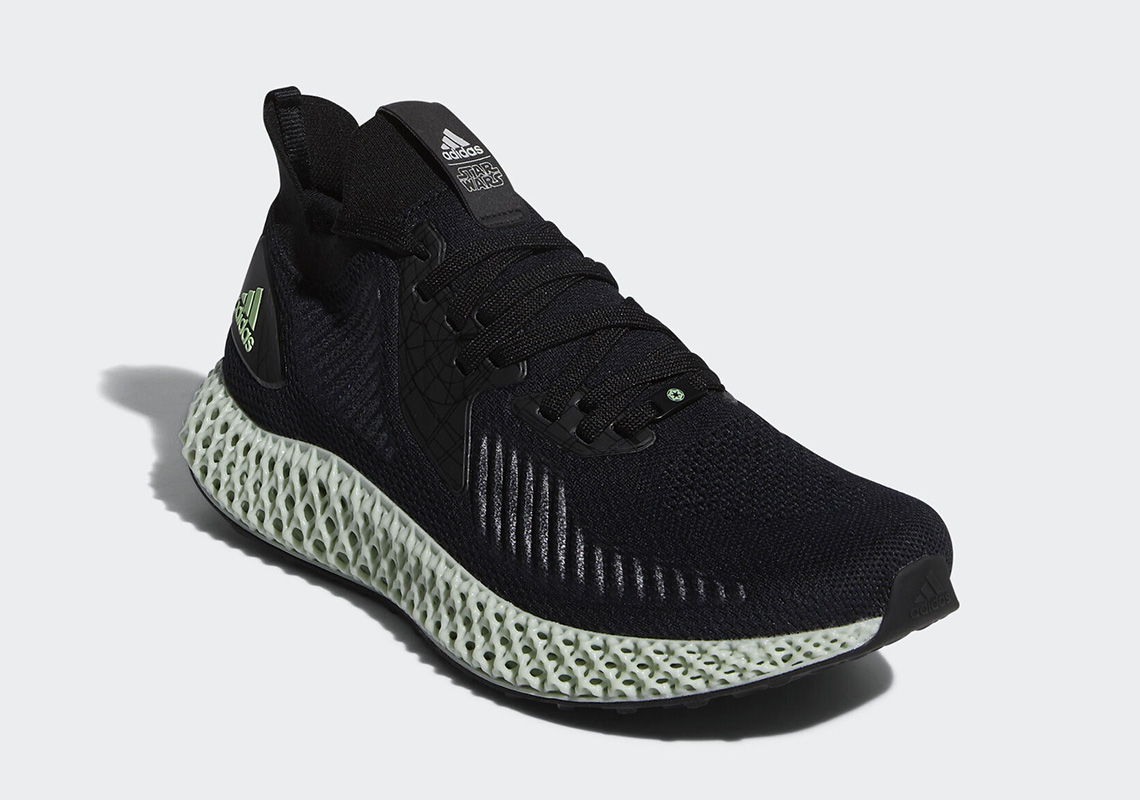 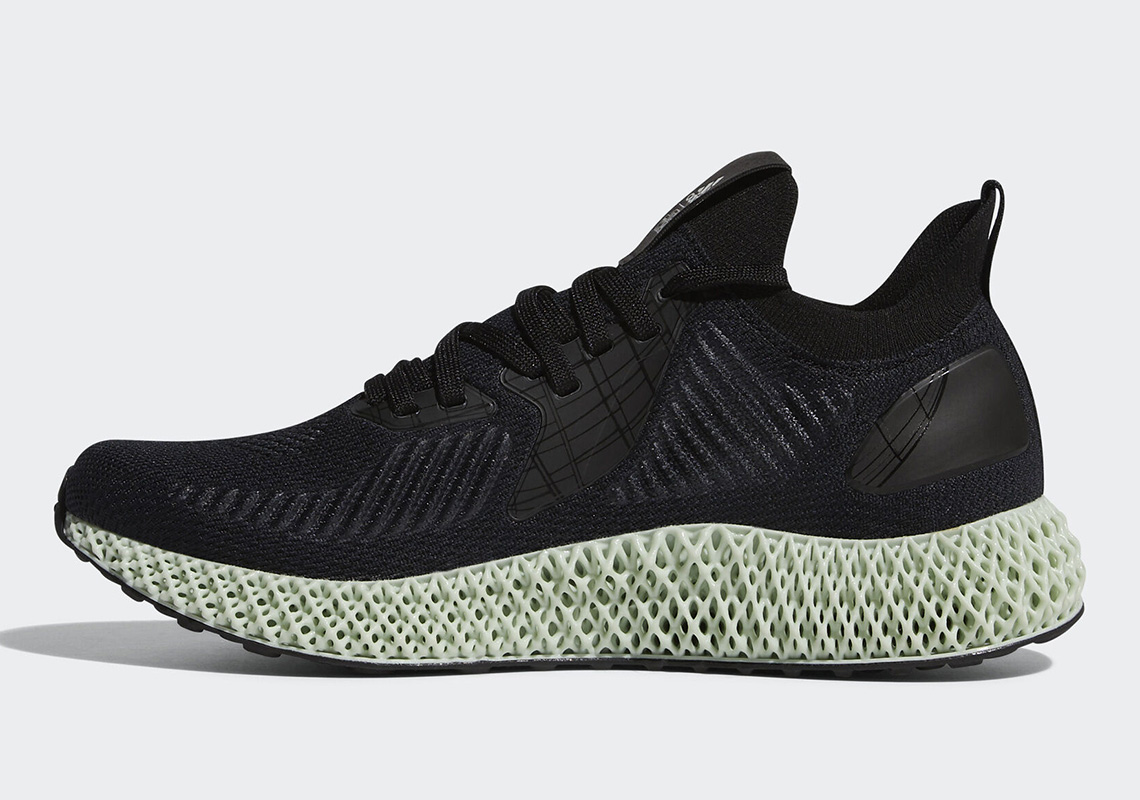 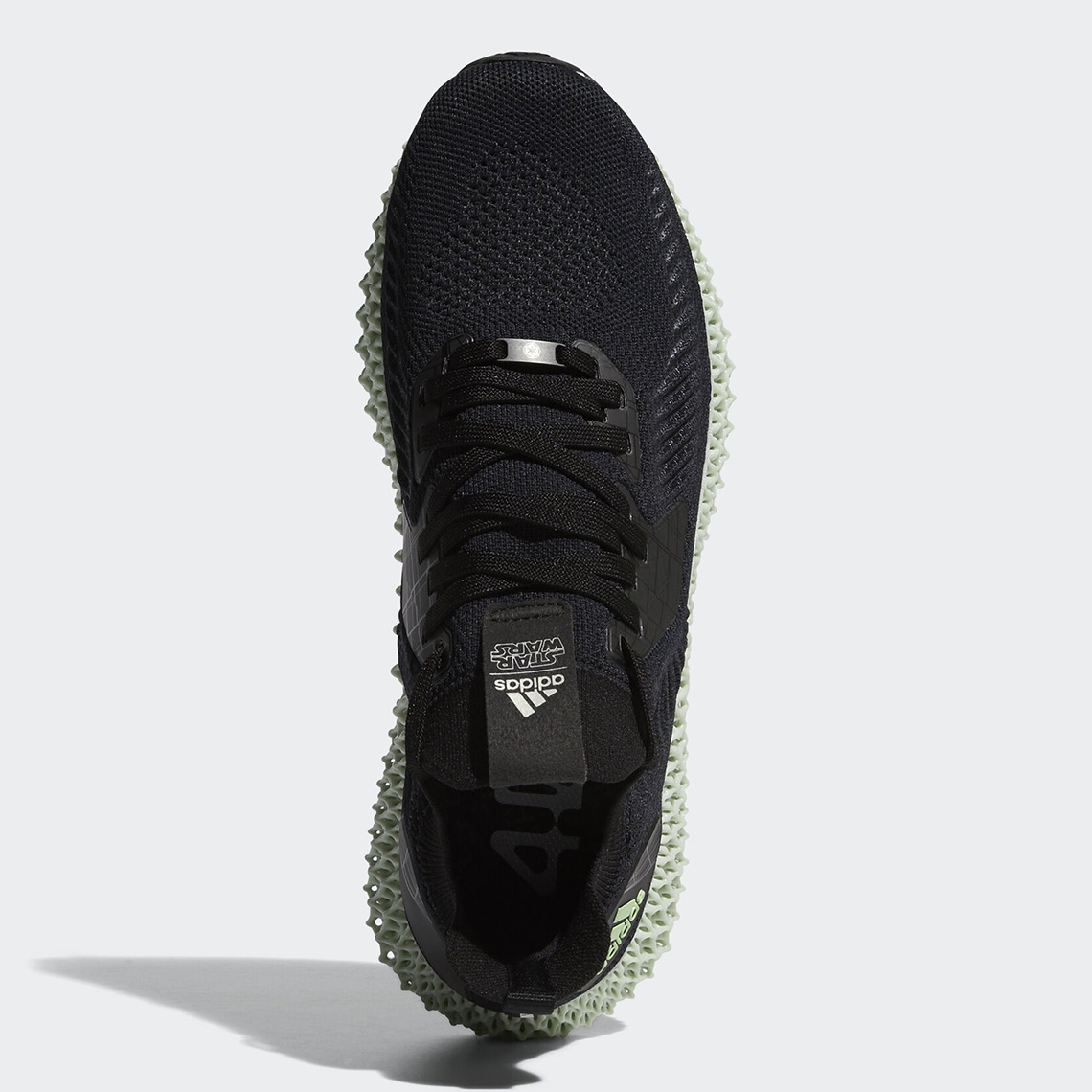 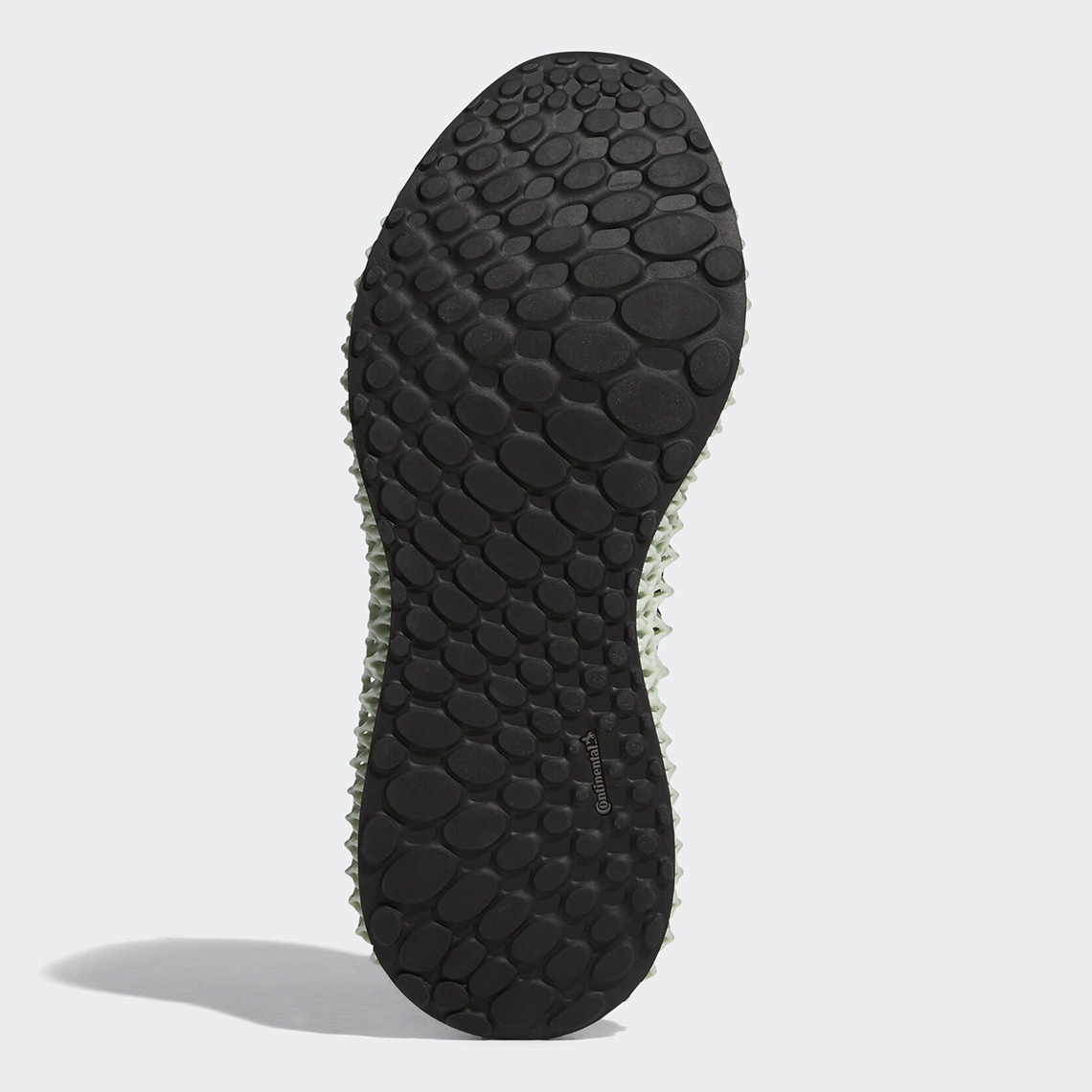