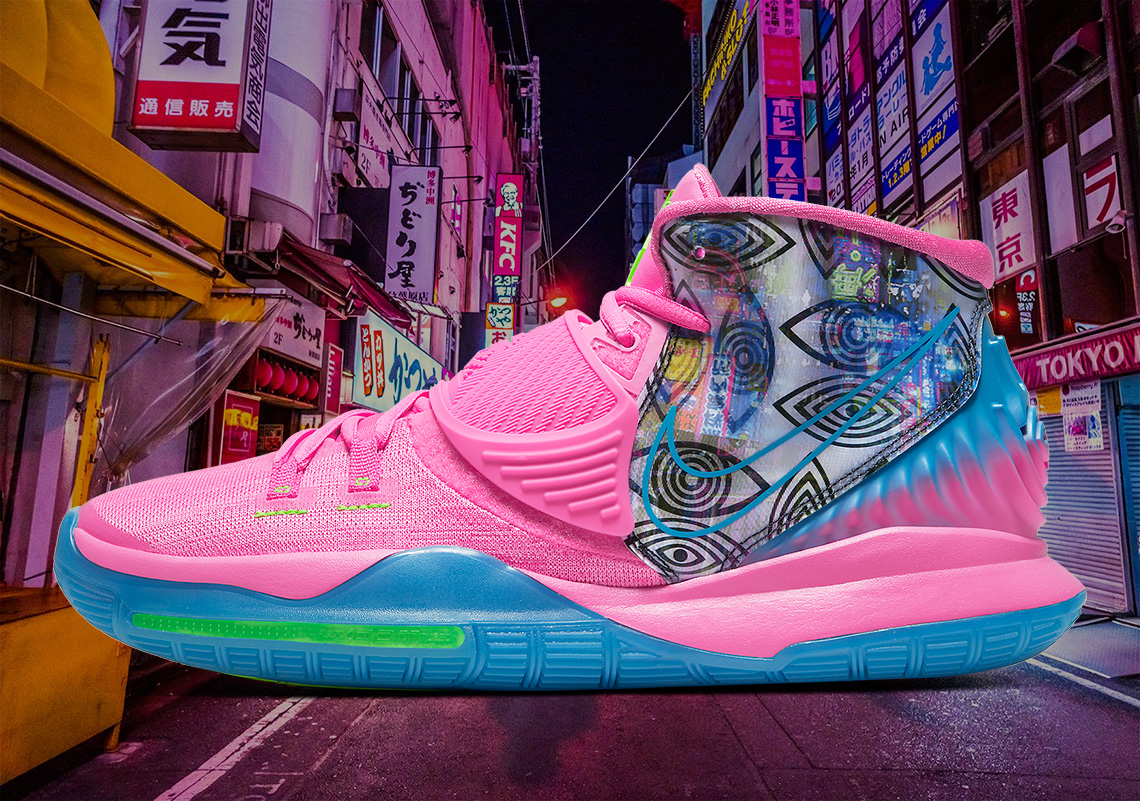 Revealed in full just yesterday, Kyrie Irving‘s Pre-Heat pack is essentially a tour through some of the hottest cities around the world, going from New York all the way to Asia with the eponymous Kyrie 6 soaking up influence from each core locale. Among the total 11, the athlete is likely to have his own favorites and it may just be his “Tokyo” pair as he wore them with pride only last night. The model has effectively become a foreign exchange student in its own right with colors swapping to the essence of each of its themes; whereas NYC gave it a break down of cool tones and neons, Japan’s take prefers bright, bubblegum pinks and vibrant blues in similar connection to the nighttime lights. The playful execution, which sees to a mesh of the brighter pigment as well as sole units and heel gradients in the bright aqua, voices the ethos of the capital’s Harajuku scene with graphic side panels adding on the avant-garde through a cityscape graphic and all-over eye motif. Grab a detailed look at the pair with its embossed lettering and all right here and find it arriving exclusively overseas come November 11th. 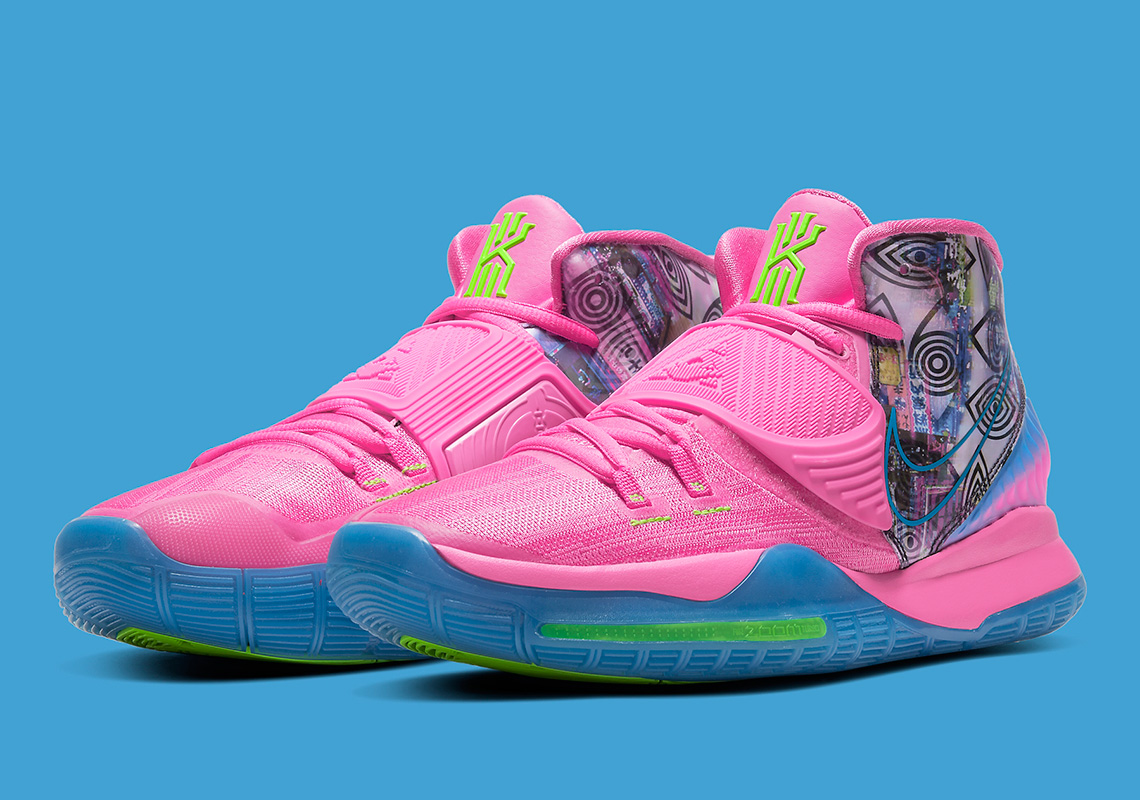 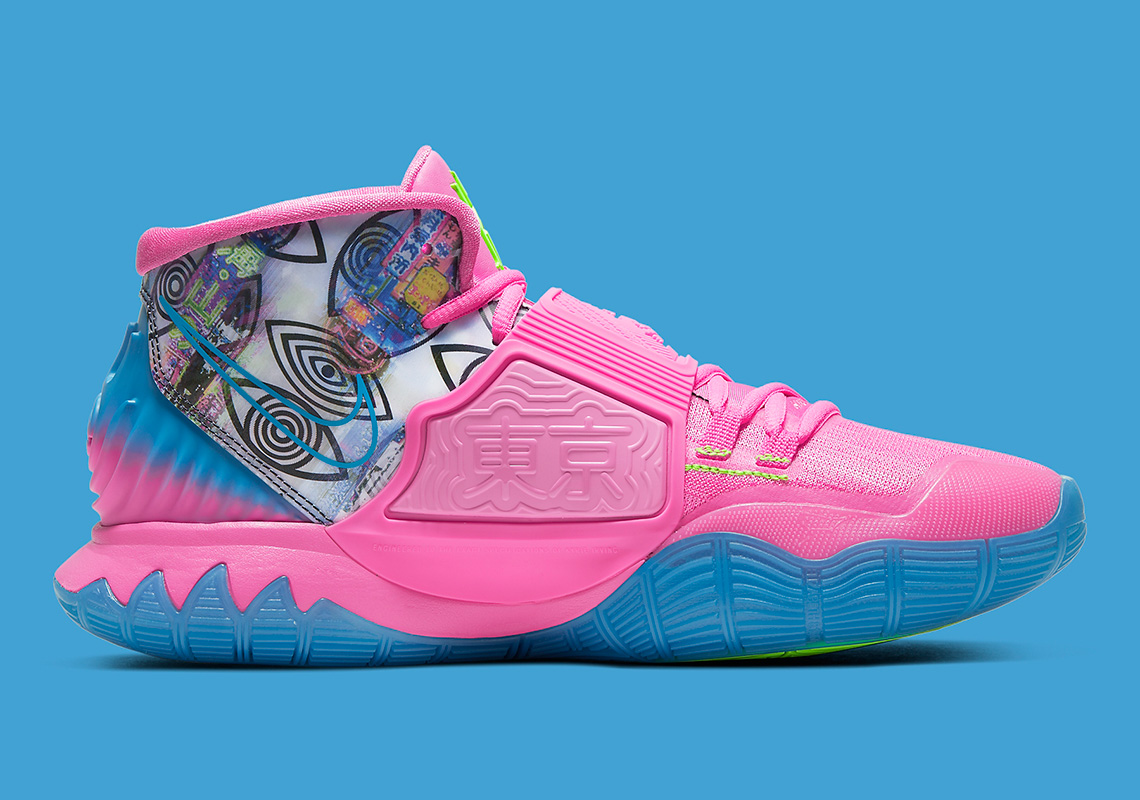 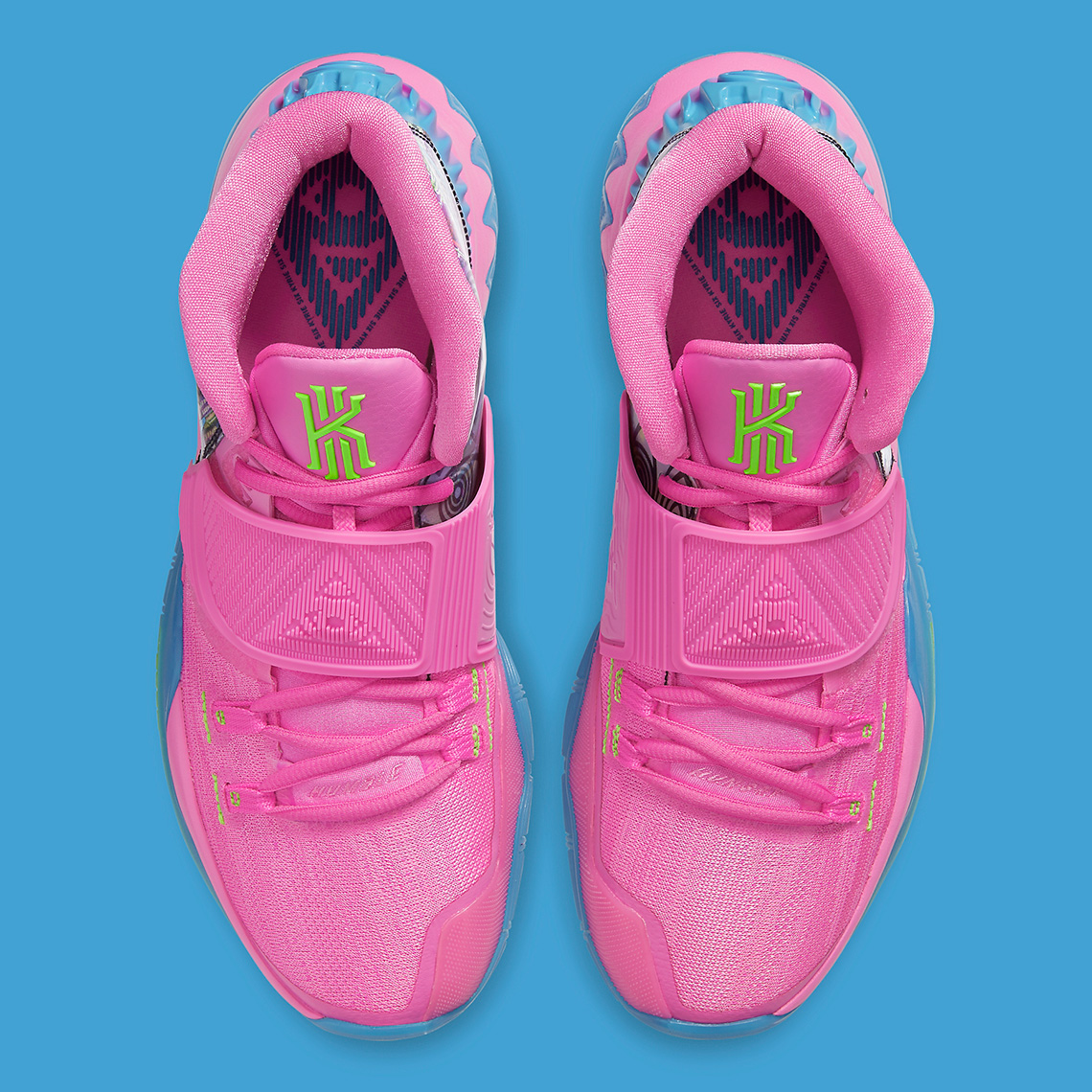 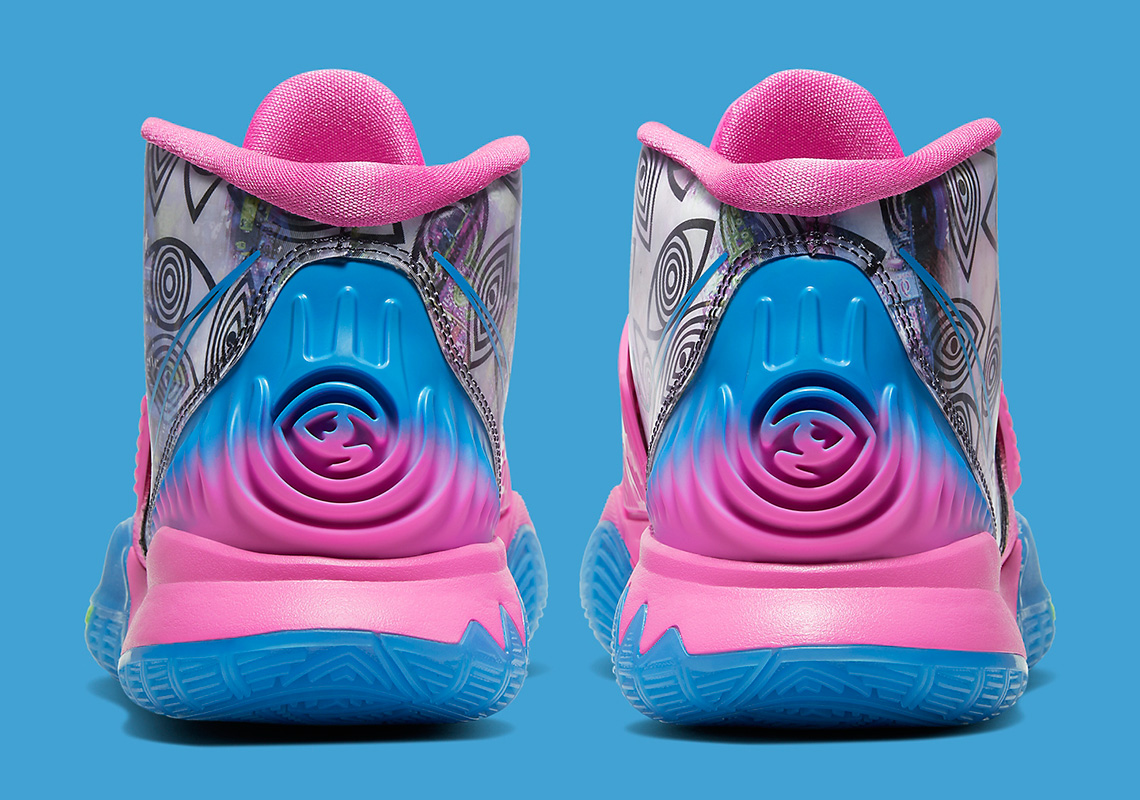 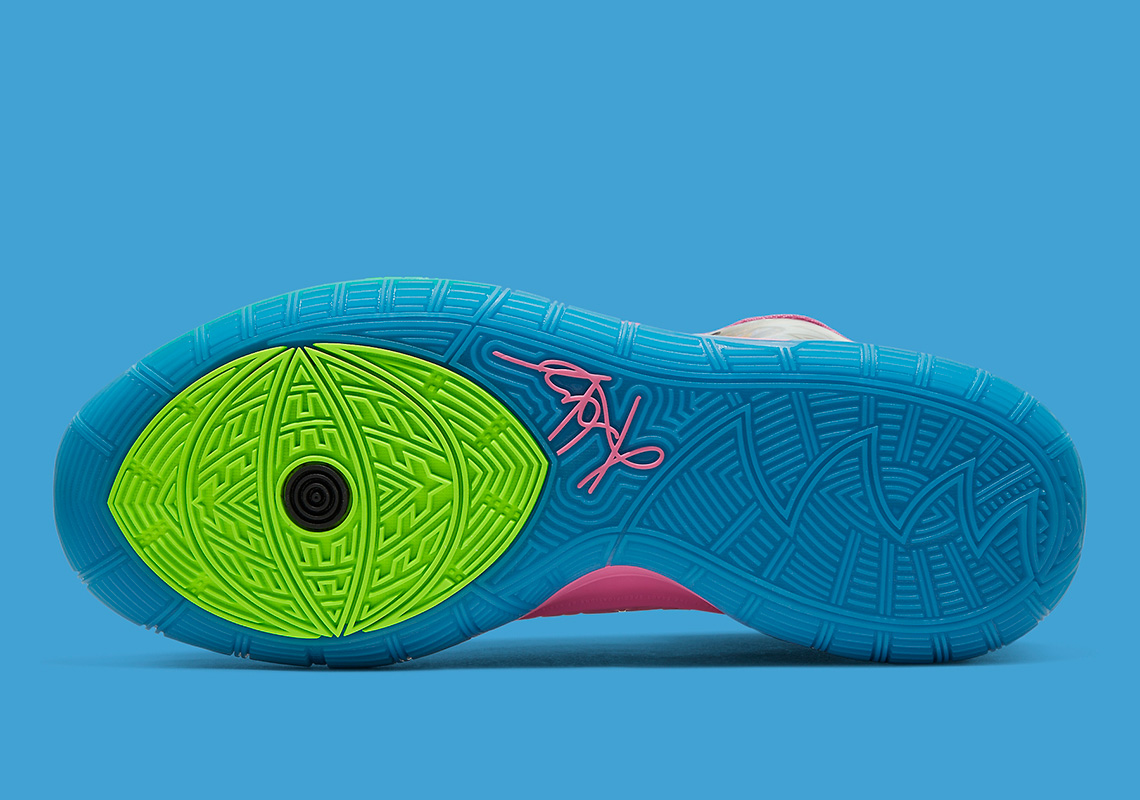