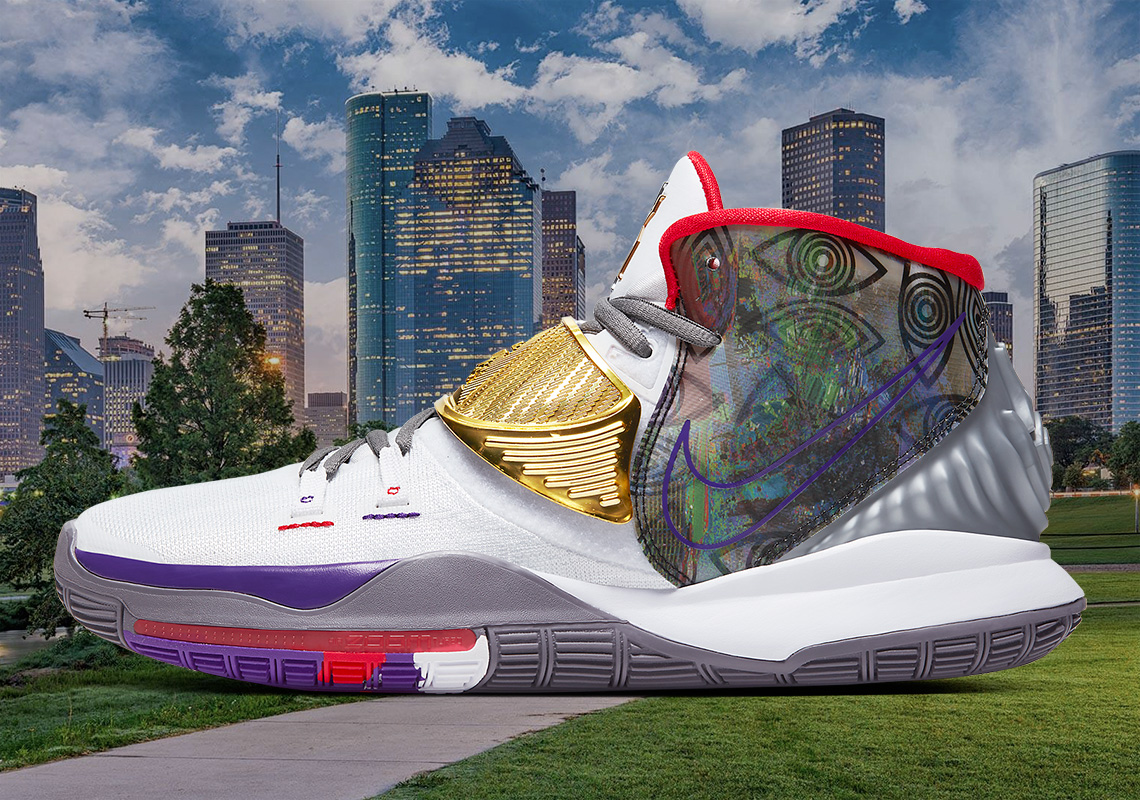 Going from city to city within the United States — while taking quick trips beyond — the Nike Kyrie 6‘s Pre-Heat pack would be remiss to skip out on Texas’ burgeoning metropolis, a locale that is currently the fourth most populous city in the country. Though only one of 11, the “Houston” colorway is most certainly one of the most versatile, boasting neutral hits of silver and white with accents that push it beyond the ordinary. Instead of preferring the blocking of a general release or even the vibrant neons of the Tokyo and New York pairs, the upper arrives in connection to UH’s signature colors with the third red hue finding place at the lining and outsole. Purple, a playful nod to the cough syrup fueled drink of choice, is also found in sparing usage at the forefoot’s foxing striping as well as the outlined swoosh that lies against a backdrop of yet another specific piece of imagery. Grab a detailed look at the pair and its luxe gold straps right here and expect to find it exclusive to the southern state on November 11th. 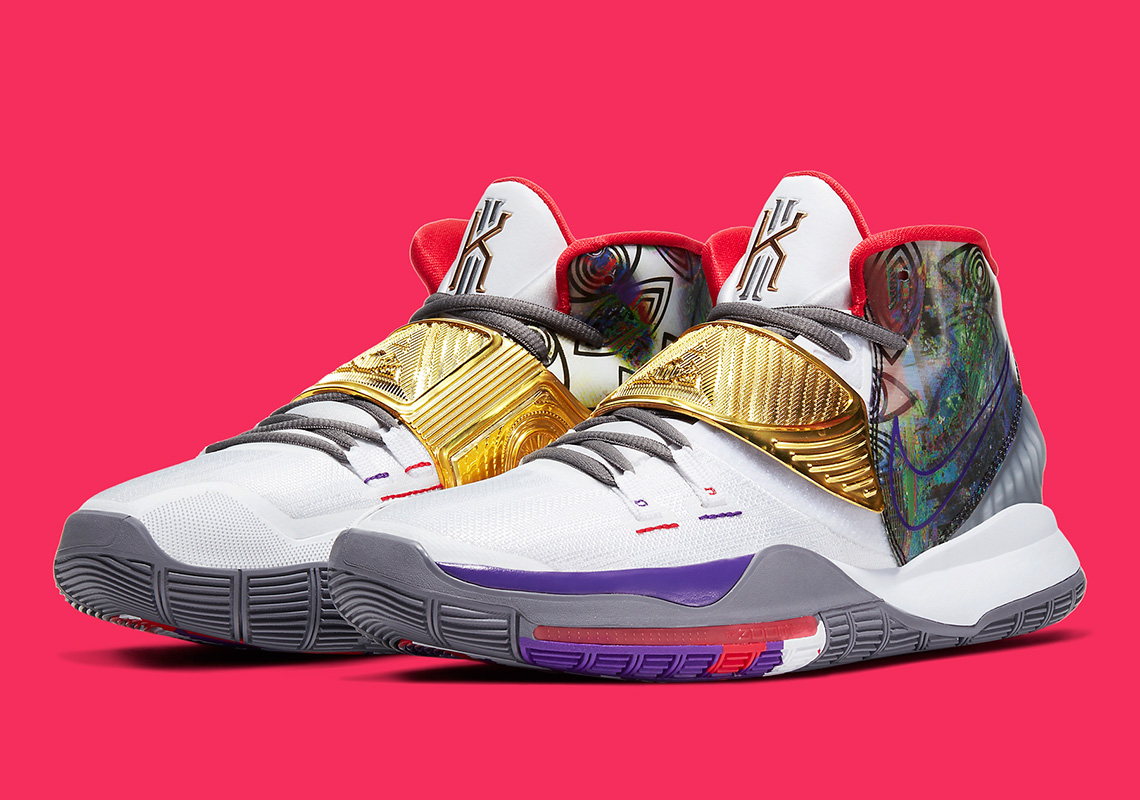 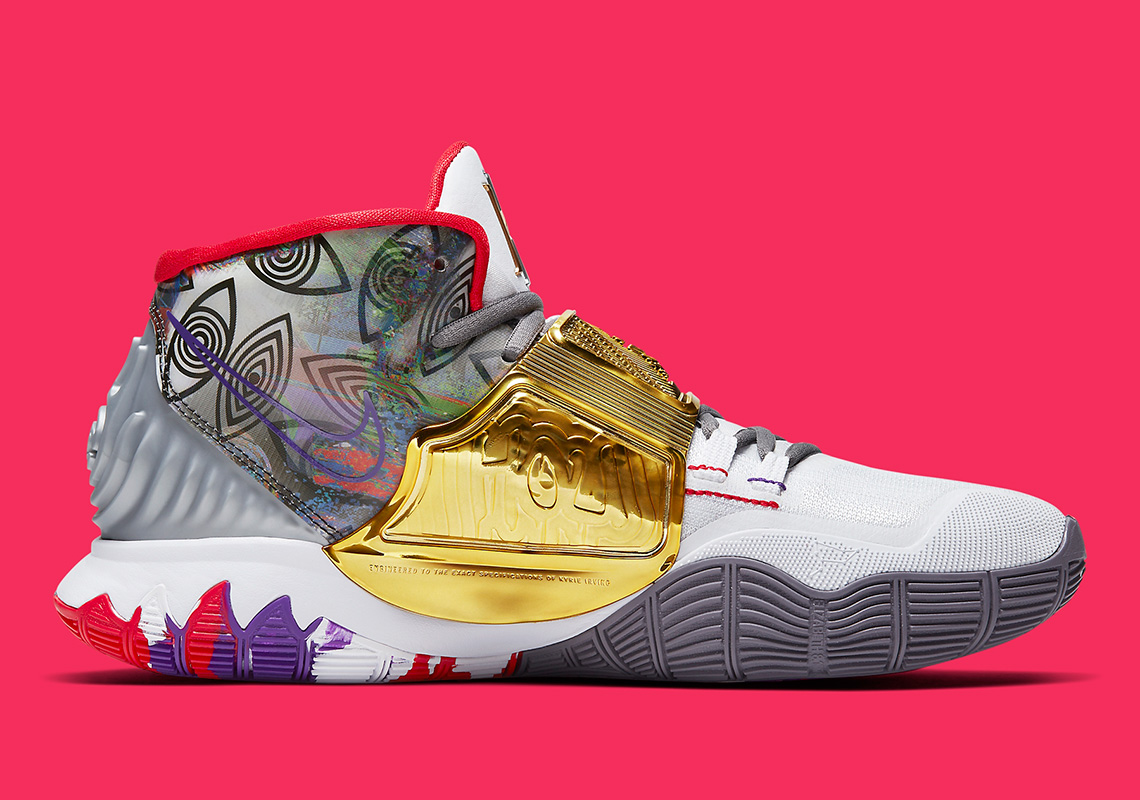 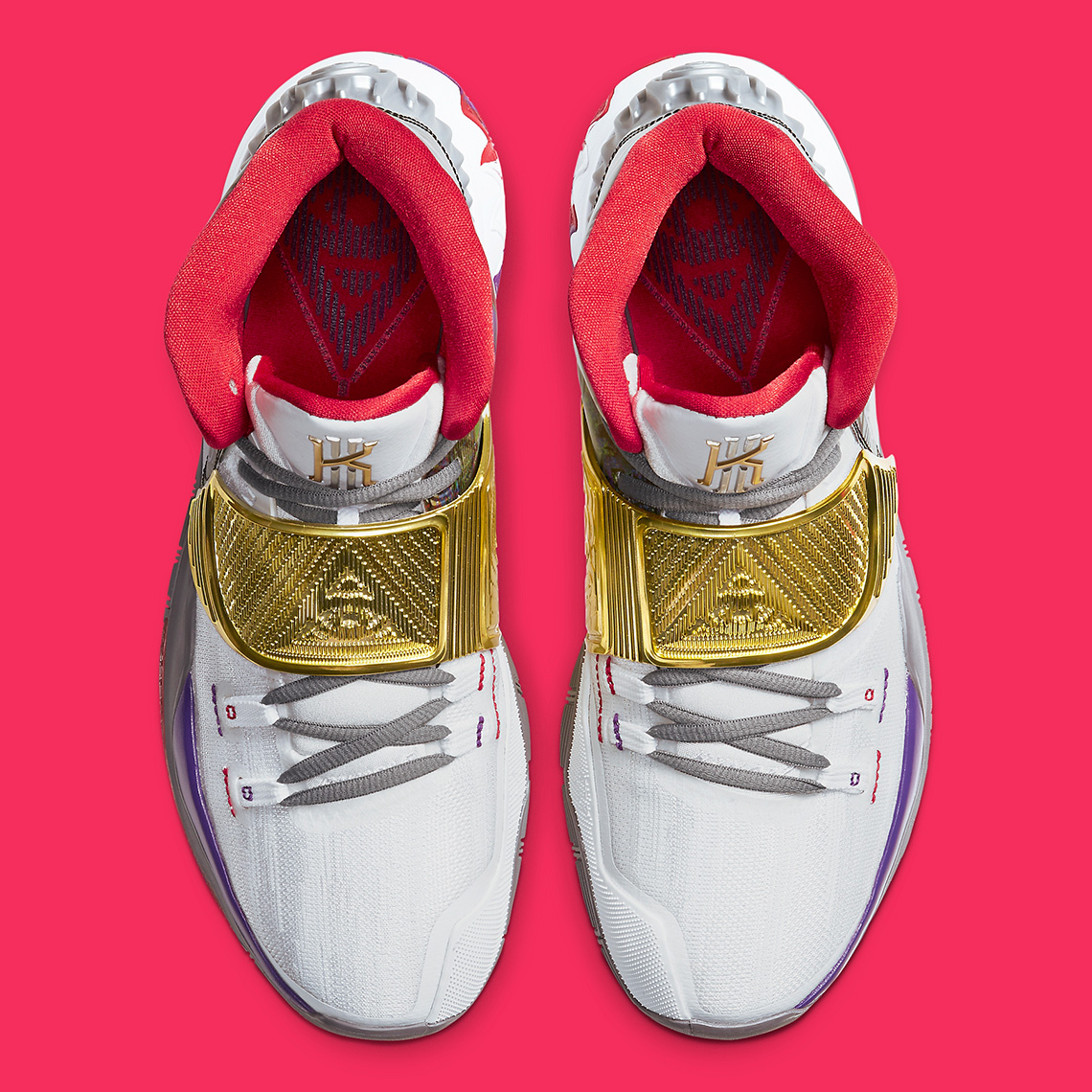 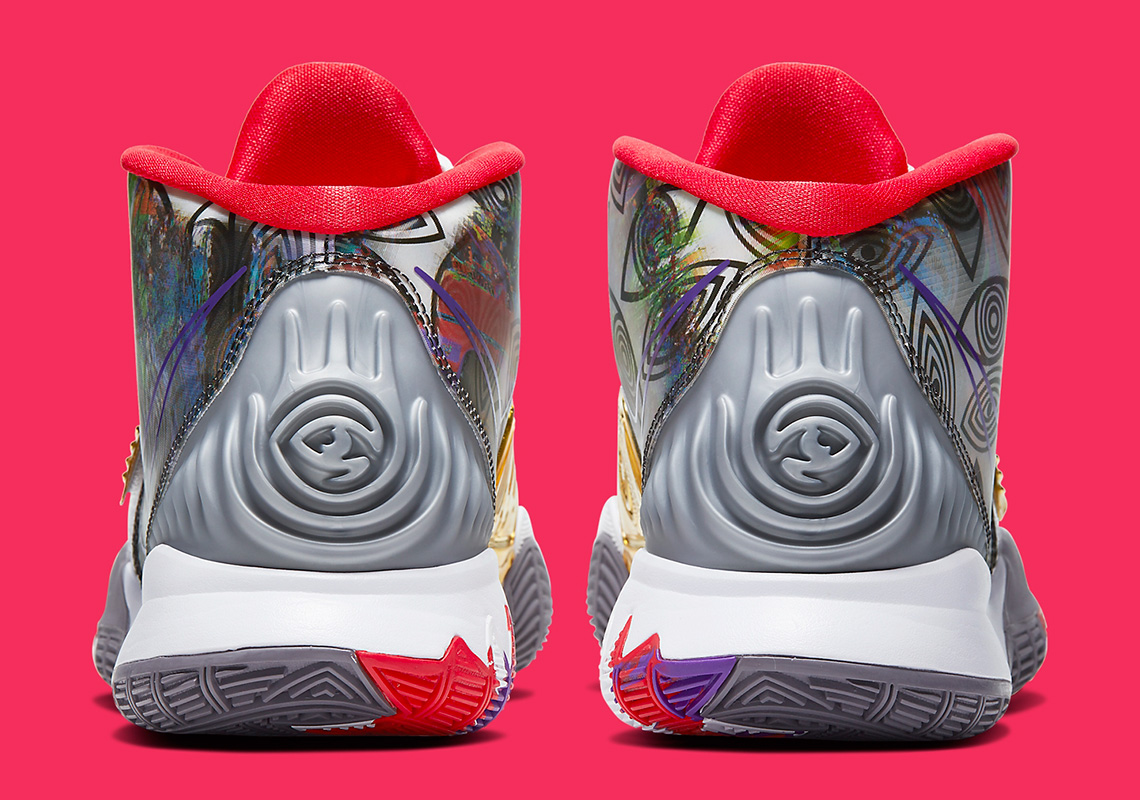 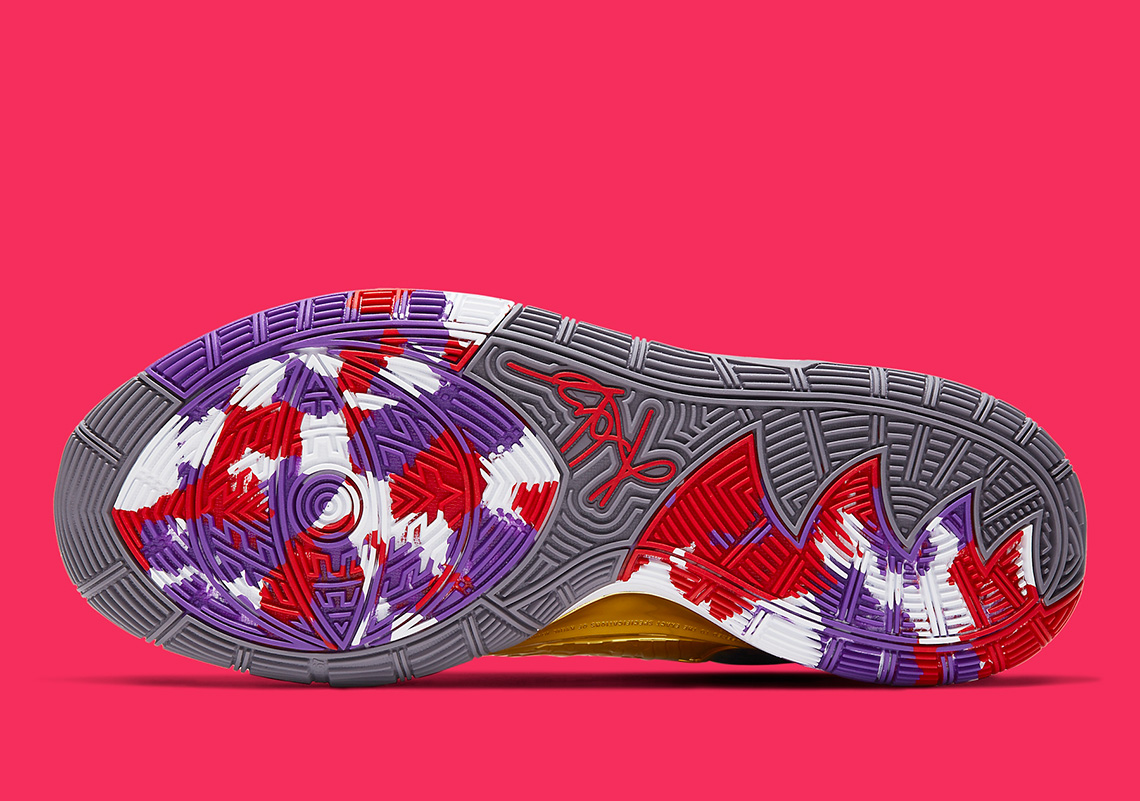