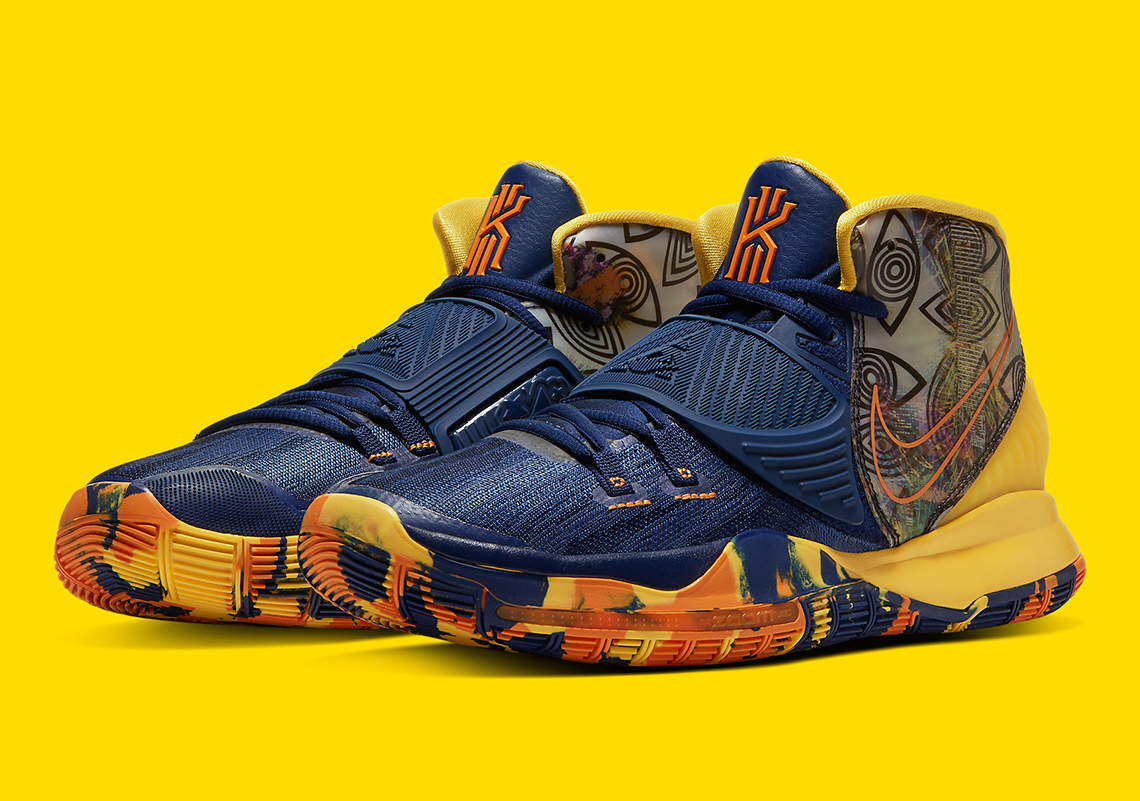 Taipei is just one of the Far Eastern cities that have propped up Kyrie’s meteoric rise to superstardom in Asia. In fact, the capital of Taiwan is one of the lucky cities to be included in Kyrie Irving’s “Story Of 11” series, a distinguished collection comprised of bold colorways and patterns representing each major epicenter of hoops. This homage to Taipei features a rich navy blue upper with a vibrant yellow, while hits of orange are sprinkled on the logos and the camo-style rubber outsole of the newly unveiled Kyrie 6. Seen on the ankle paneling is imagery of the famed Taipei fireworks display for New Year’s, which quite frankly blows out the competition when it comes to competing January 1st celebrations around the globe. See the full set of official images ahead and remember that these will be exclusive to the city of Taipei on November 11th. 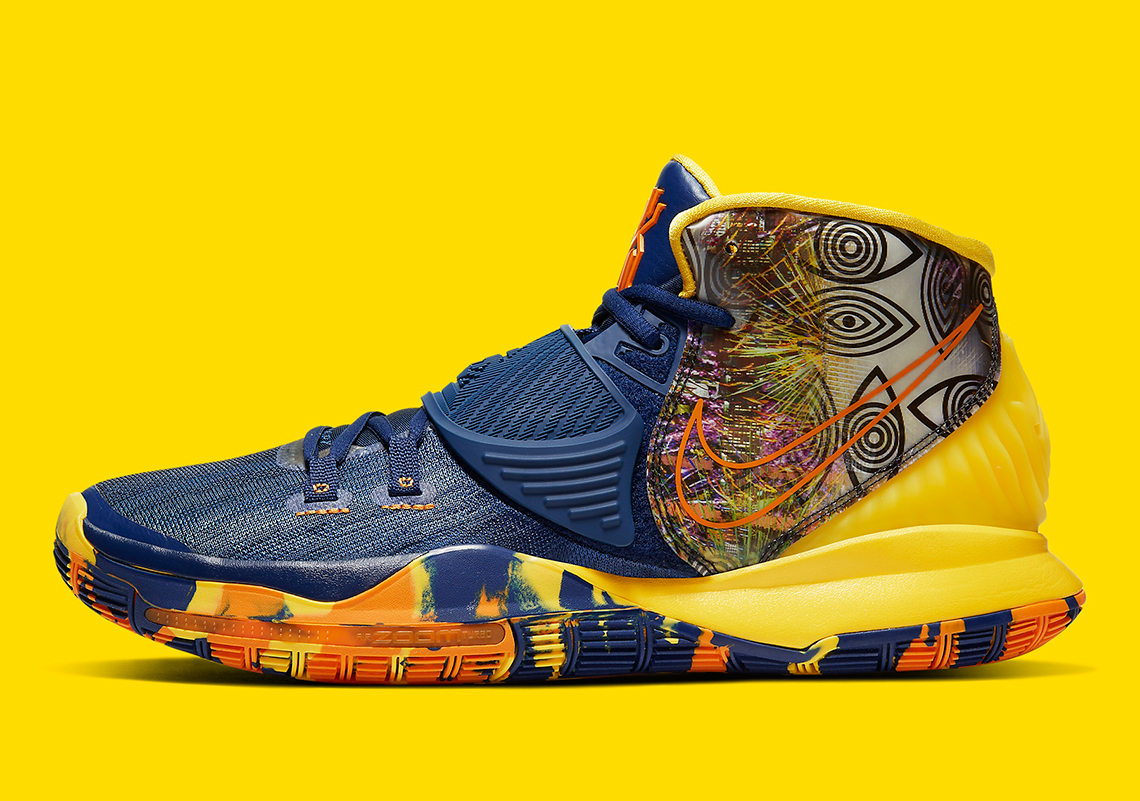 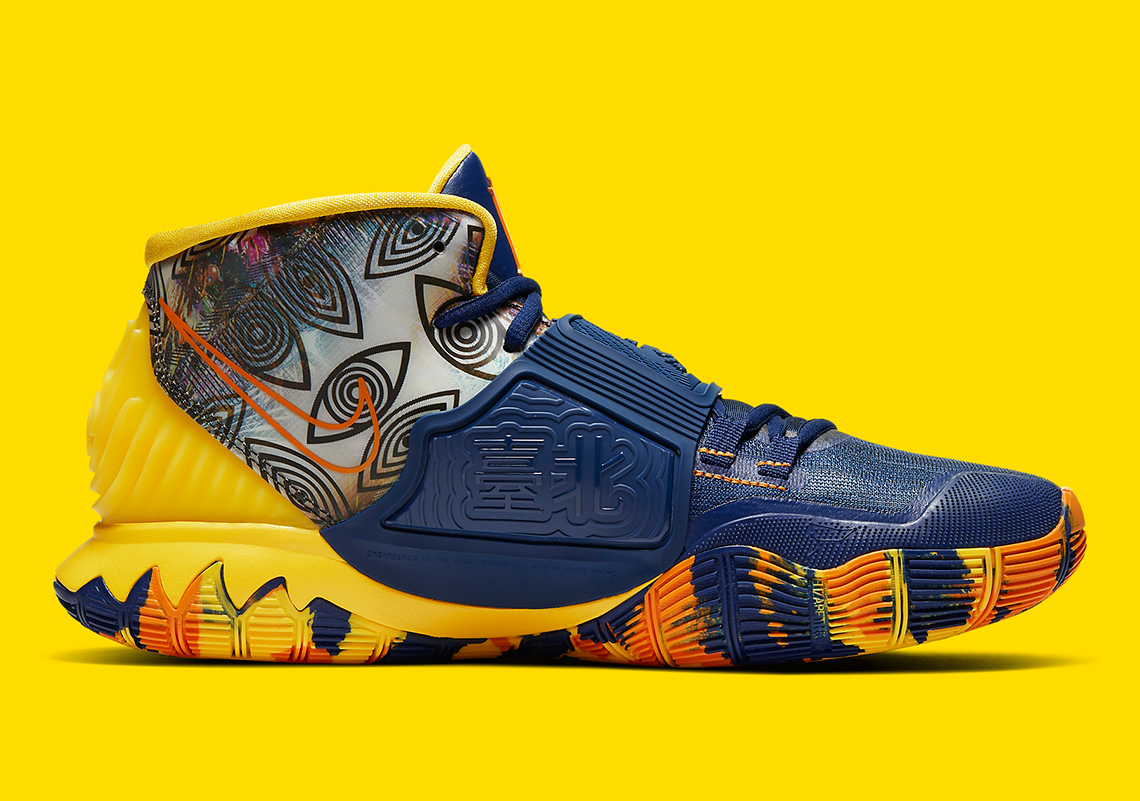 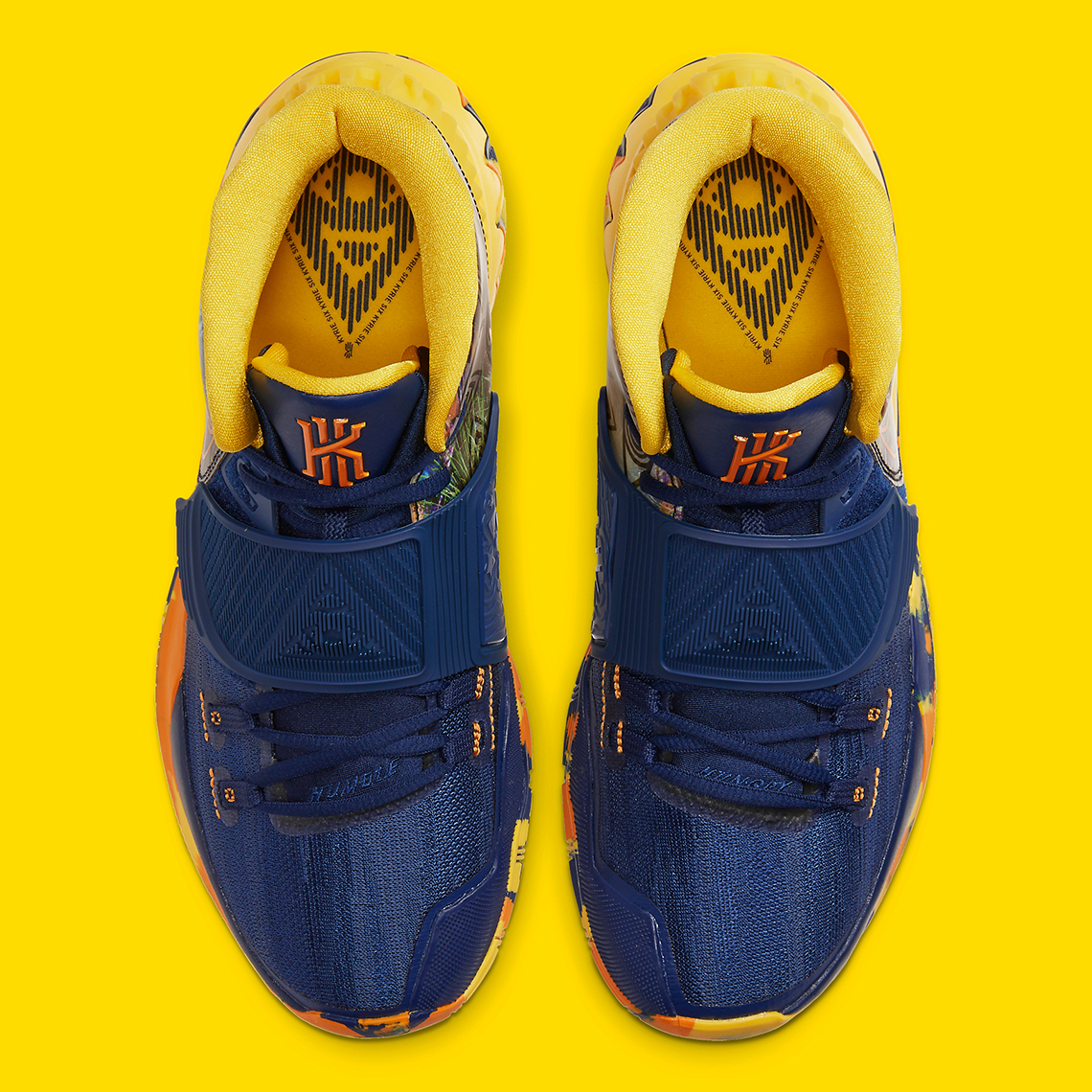 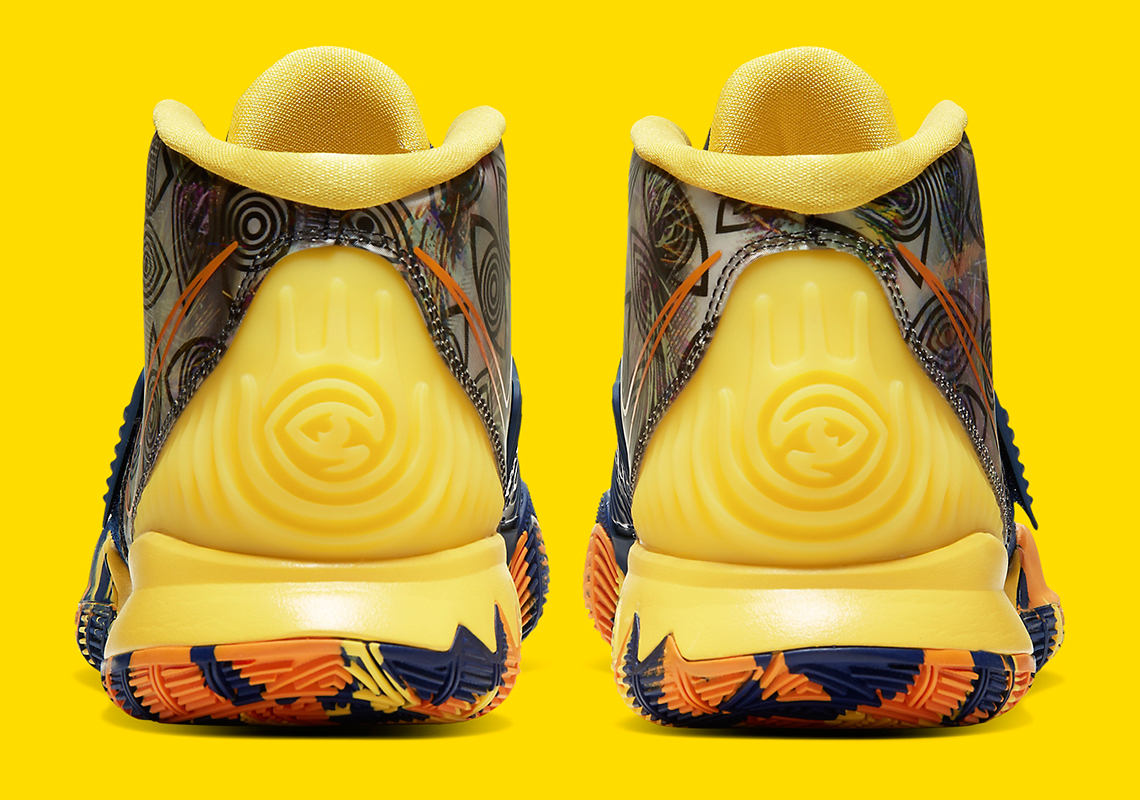 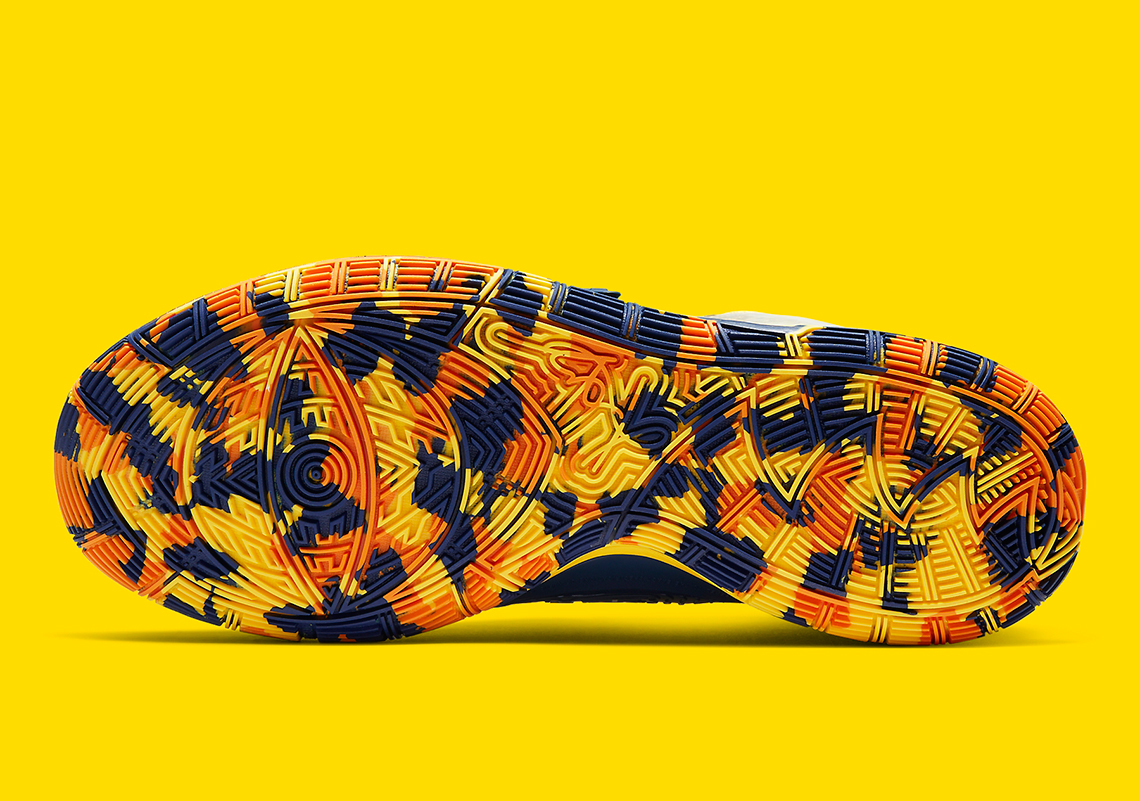 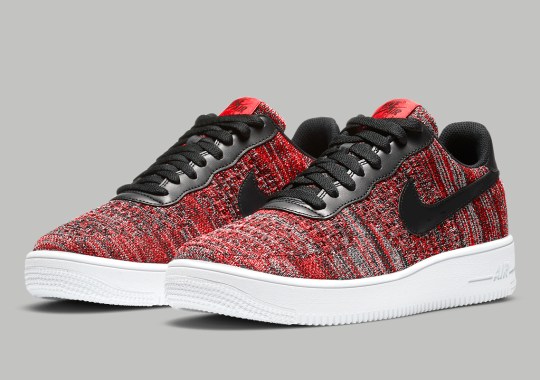