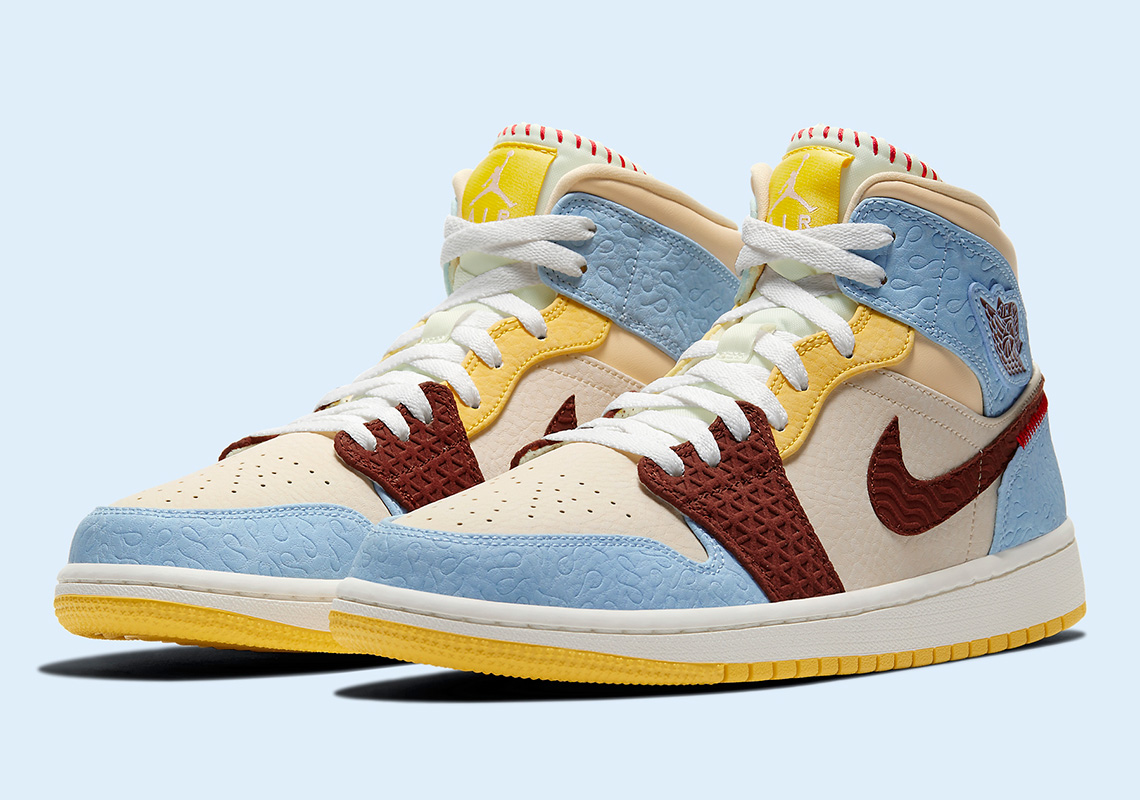 The “Fearless Ones” collection revealed in full only a few weeks ago, is gearing to be one of the most awaited batch of releases in the Air Jordan 1 Mid‘s entire history, spawning wild creations through the visions of Facetasm or Edison Chen and even the notable Paris-based imprint Maison Château Rouge. Apply a filter of African culture, the designer’s take is one colorful, ripe with distinct textures, and evocative through hand-stitched details, calling to his roots visually rather than through mundane type or graphic inserts. Rather, the upper is composed of four notable component groups with the loudest being the overlays: brown hits in an almost chocolate-like connection add waves through the forefoot and matching swoosh while, just adjacent, a bright baby blue takes over the toe cap, heel wrap, and ankle flaps with its own distinct squiggly debossing. Yellow breaks up in between quite suddenly same as its matching tongue tabs and tread while a base layer of light cream and natural tan further connect to the branching palette quite seamlessly. Grab an official look at the pair right here and find it rolling out to select retailers and Nike.com soon. 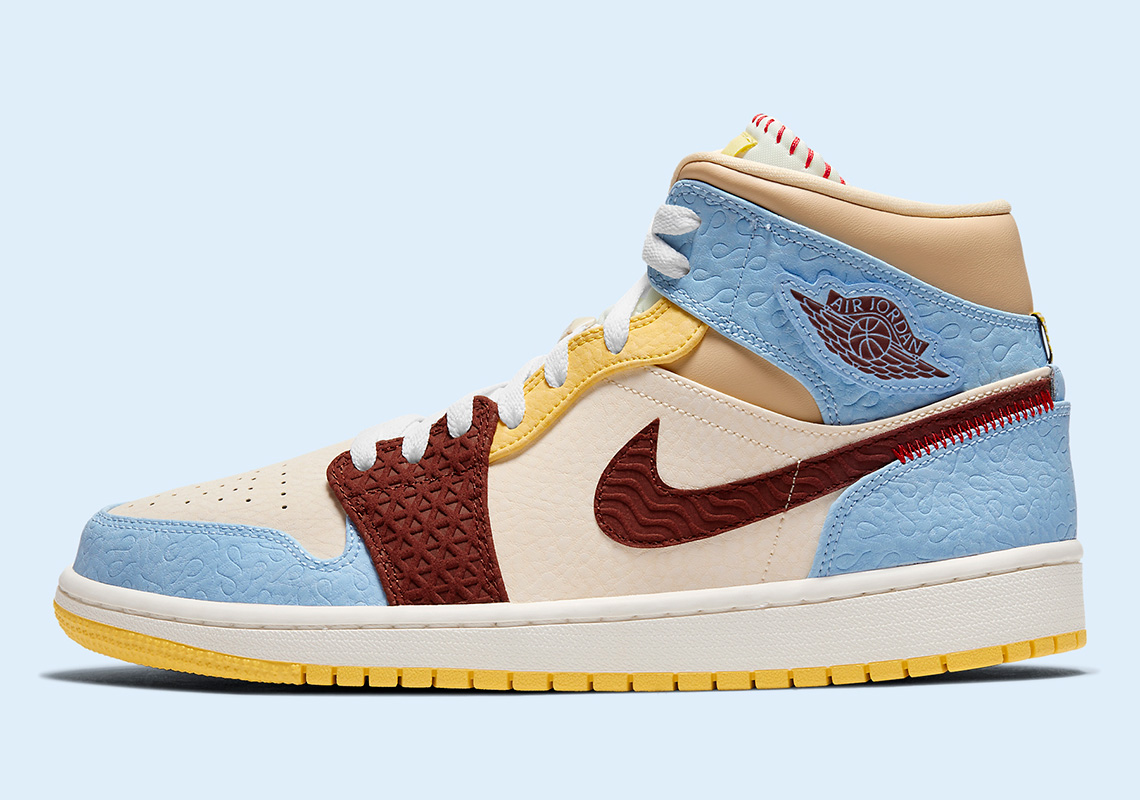 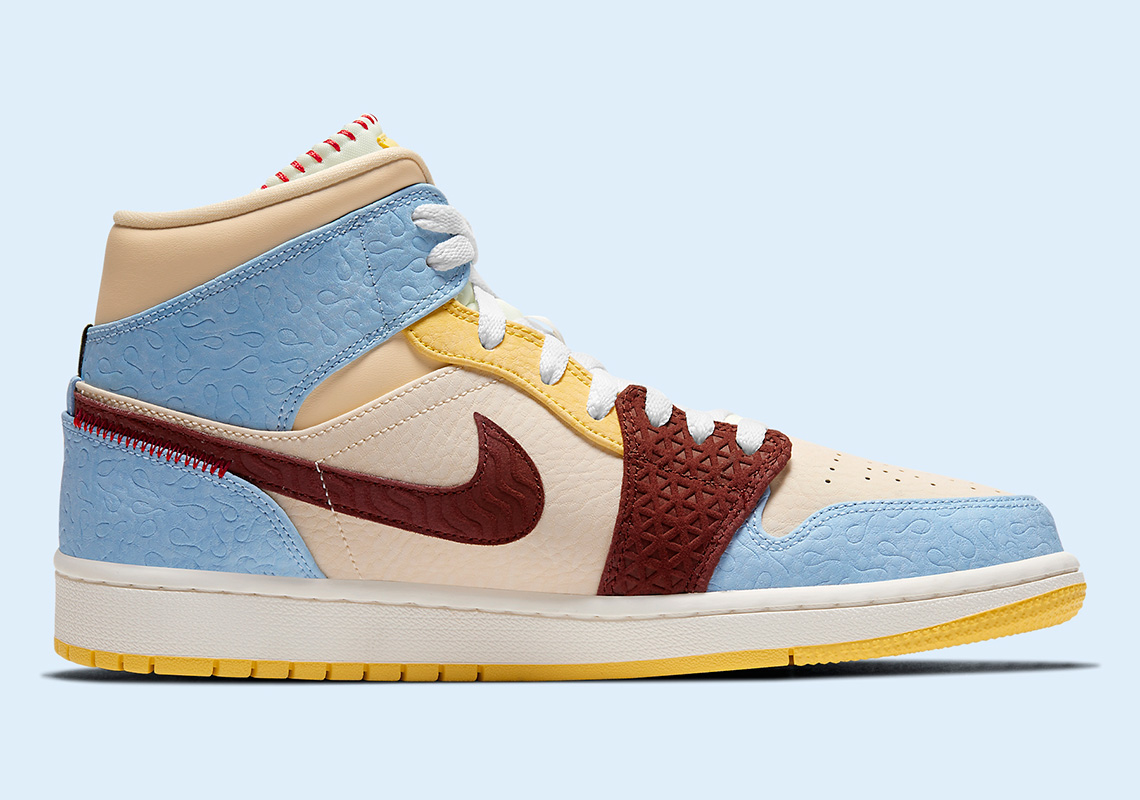 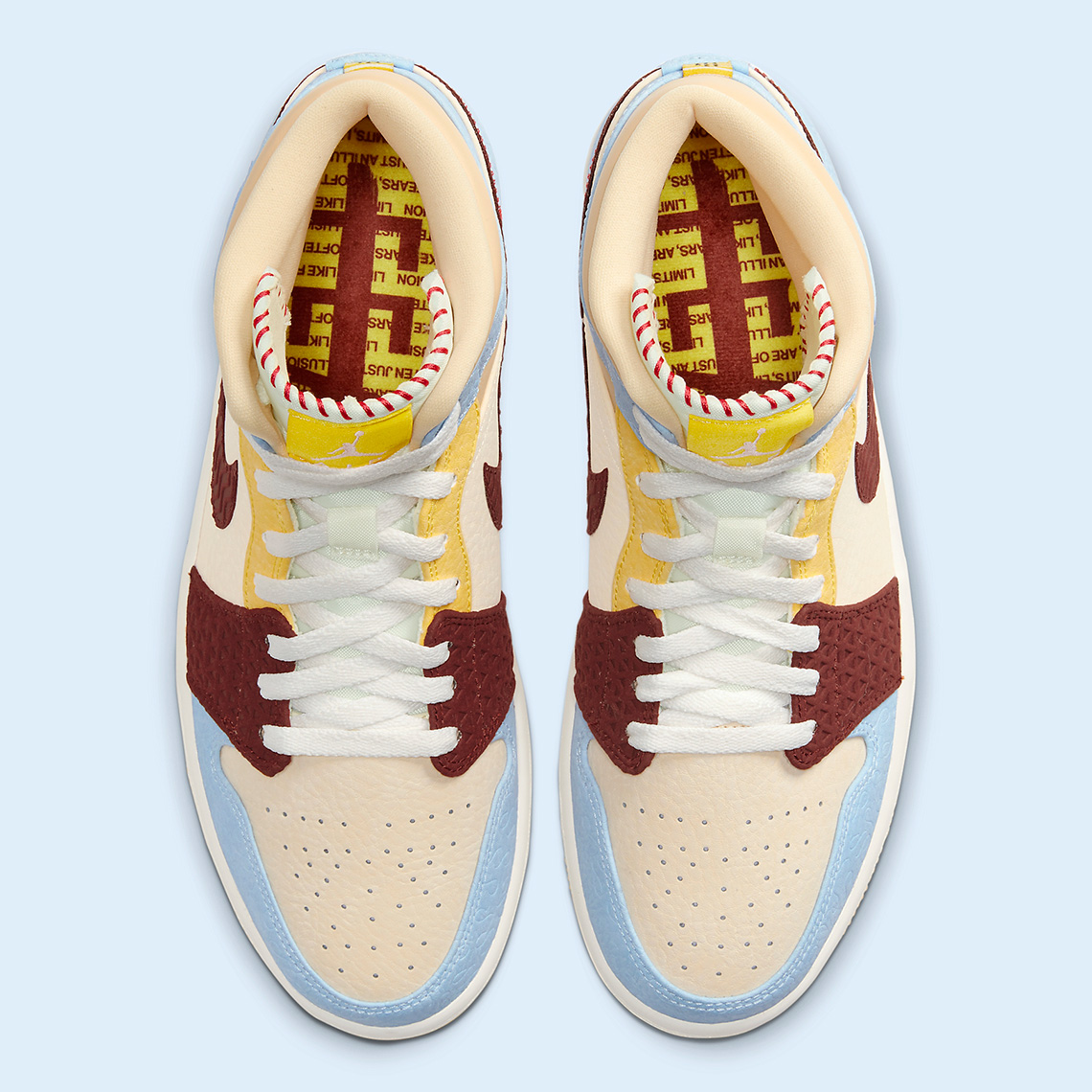 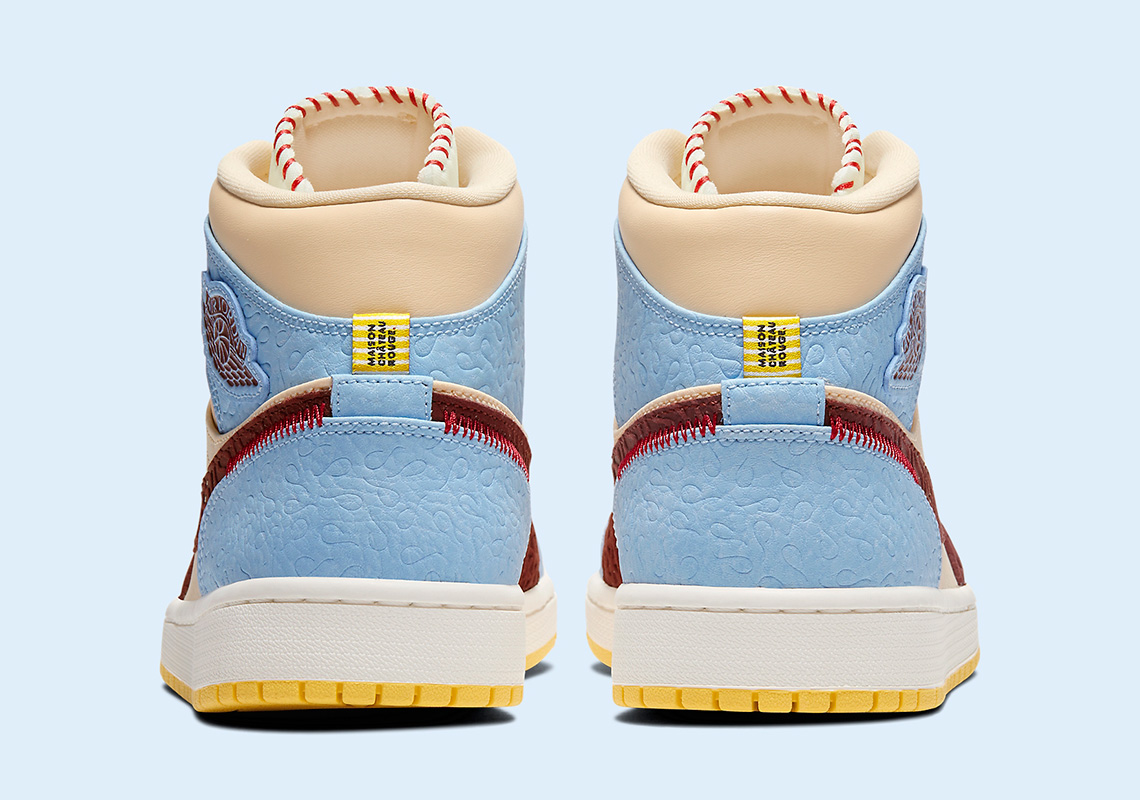 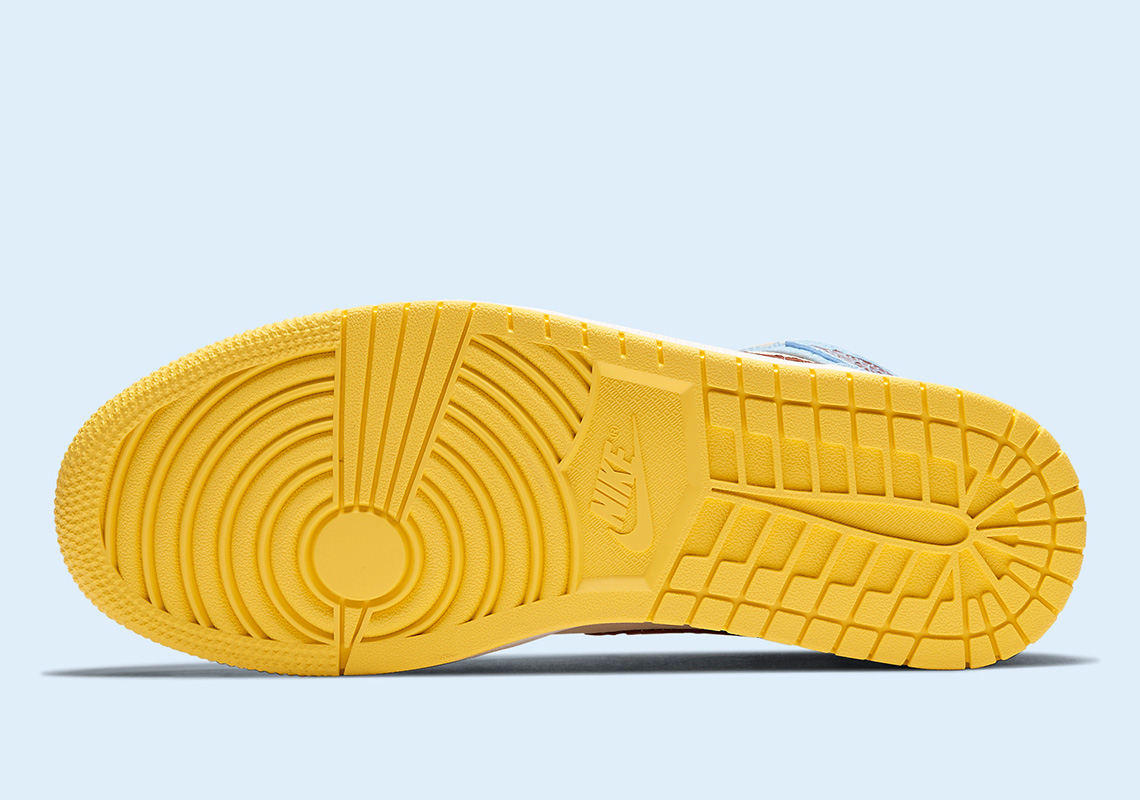