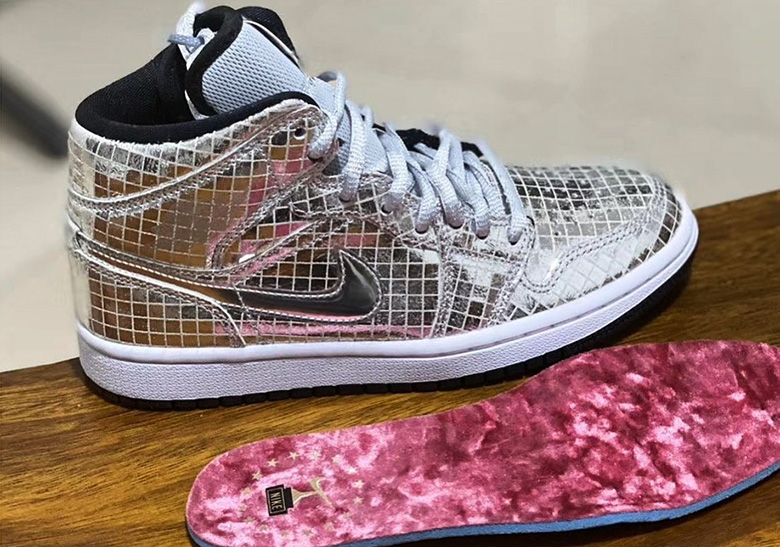 In the same vein as the “Fearless Ones,” the most recent Air Jordan 1 Mid to join the club is a showstopper all the way through, bearing a modification doubly loud relative to any of the collaborative set revealed prior. Ostensibly channelling that very same energy, however, what some are calling the “Disco Ball Mids” is an energetic recollection of the 70s psychedelic scene complete with its signature ornament encrusted onto the entire upper. No smooth leathers can be found here, rather, the shiny metallics take front row as it adds glam from the toe caps all the way to the heel counter with swooshes preferring a much flattered sheen relative to the rest of the construction’s much more technical grid patterning. White walls at the bottom accent with black tread similar to the grey tongues backed by darker lining, while insoles reveal a much more colorful red velvet with a check-displayed trophy at its end, a possible nod to the upcoming Grammy Awards coming up in January. Grab a detailed look at the pair right here and keep it locked for word on its Nike.com and retailer release. 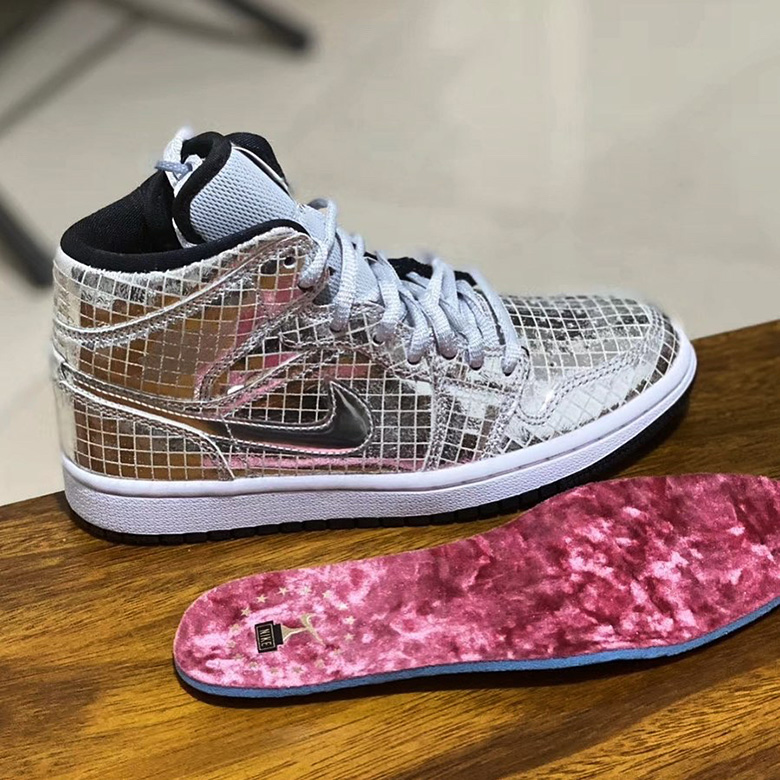 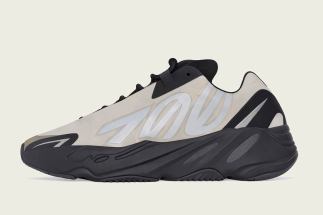 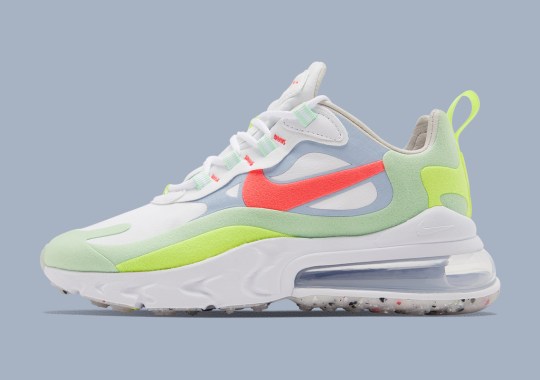