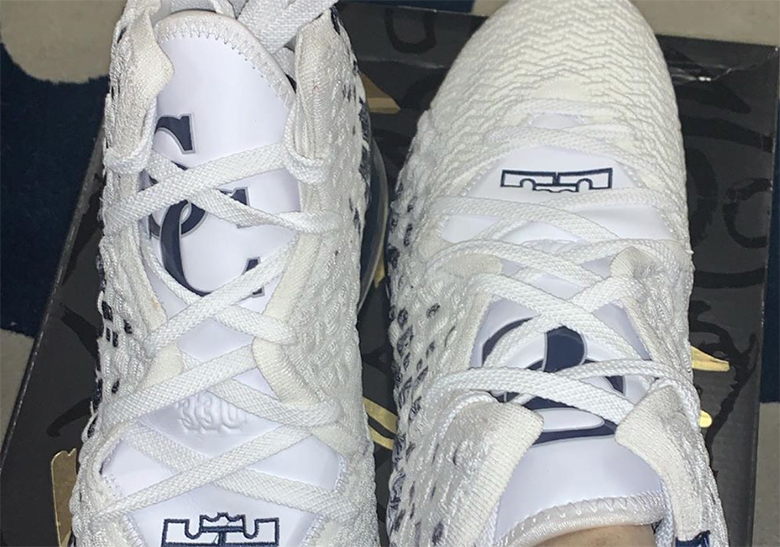 Sierra Canyon Has Their Own Nike LeBron 17 PEs

Very seldom will you find the sons of two of the greatest NBA players in history on the same high school team together, but the stars aligned for LeBron James and Dwayne Wade’s kids this summer as their eldest sons in Bronny and Zaire are now the newest members of a powerhouse squad at Sierra Canyon School in Chatsworth, CA. And as anyone who possesses close ties to the King himself, you’re bound to receive gifts from him at some point or another, and this holds true as Zaire has just revealed via Instagram a pair of Nike LeBron 17 PEs specially made for the Blazers’ varsity team. Upper halves arrive in an angelic white hue, and are color-blocked with marbled navy accents swirled into its Battleknit fabrics. Furthermore, lion graphics that usually lay upon the tongues are swapped out for “SC” lettering in school colors to represent Sierra Canyon pride, and rounded off with James’ traditional crown logo towards the bottom of the throat. Take a close look here below, and keep it locked for more news we receive on future PEs and colorways to surface in the future. 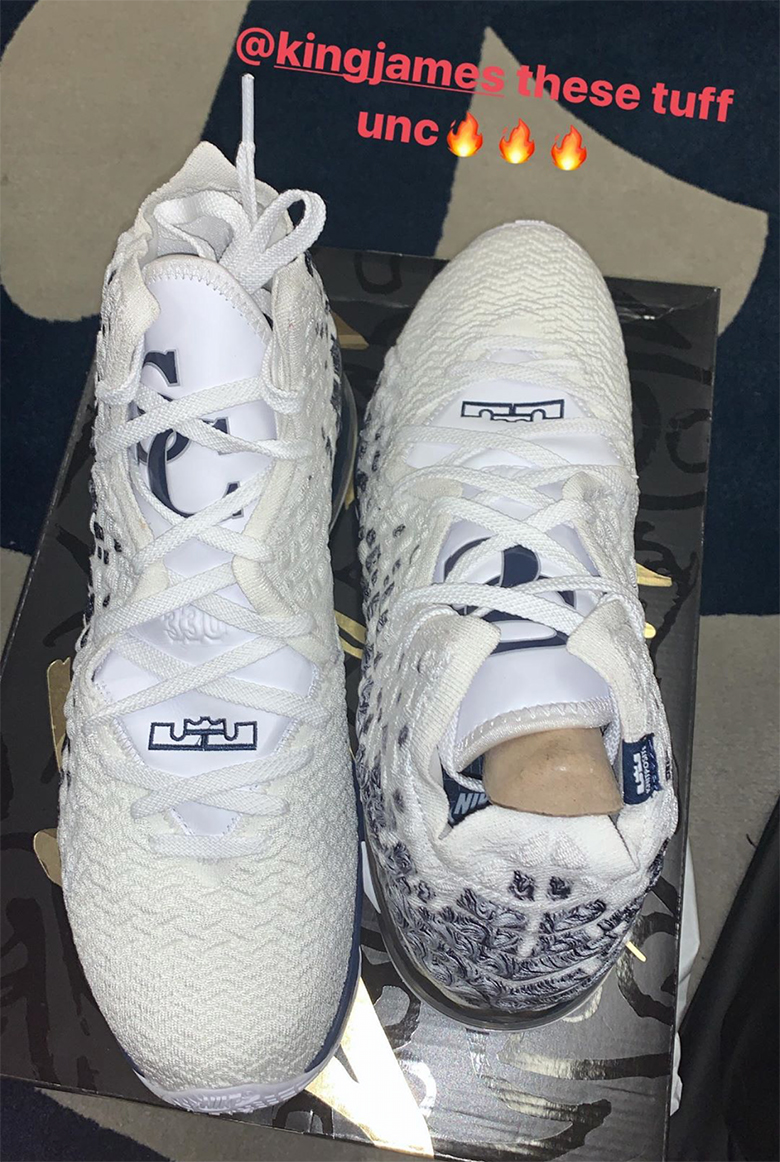