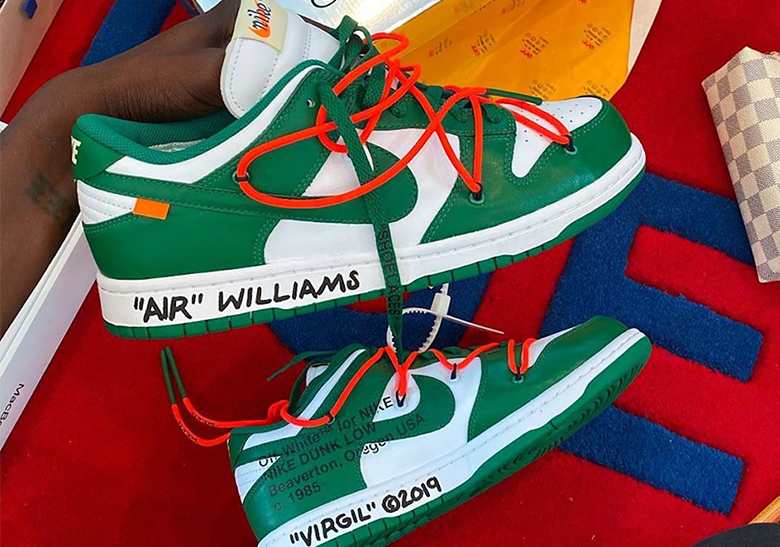 After a devotion to women’s running styles with the track-and-field inspired Terra Kiger and Vapor Street, Virgil Abloh is turning his attention back to the classics. Earlier this week, we spotted a first look at his upcoming Air Jordan 5 rendition, slated for a drop during All-Star Weekend in Chicago. Arriving before that is perhaps one of the most anticipated collaborations of the year – the Nike Dunk Low. Today he shares a closer look at one of the three colorways, further displaying the imaginative wide-lacing set-up, vintage tongue labels, and signature Helvetica print on the medial side-wall. His tradition of scribbling the names of the first recipients continues as this pair is destined for skate legend Stevie Williams. All three of these revised Off-White Nike Dunks are tentatively scheduled to release on December 20th, so stay tuned for updates as we close out the year.