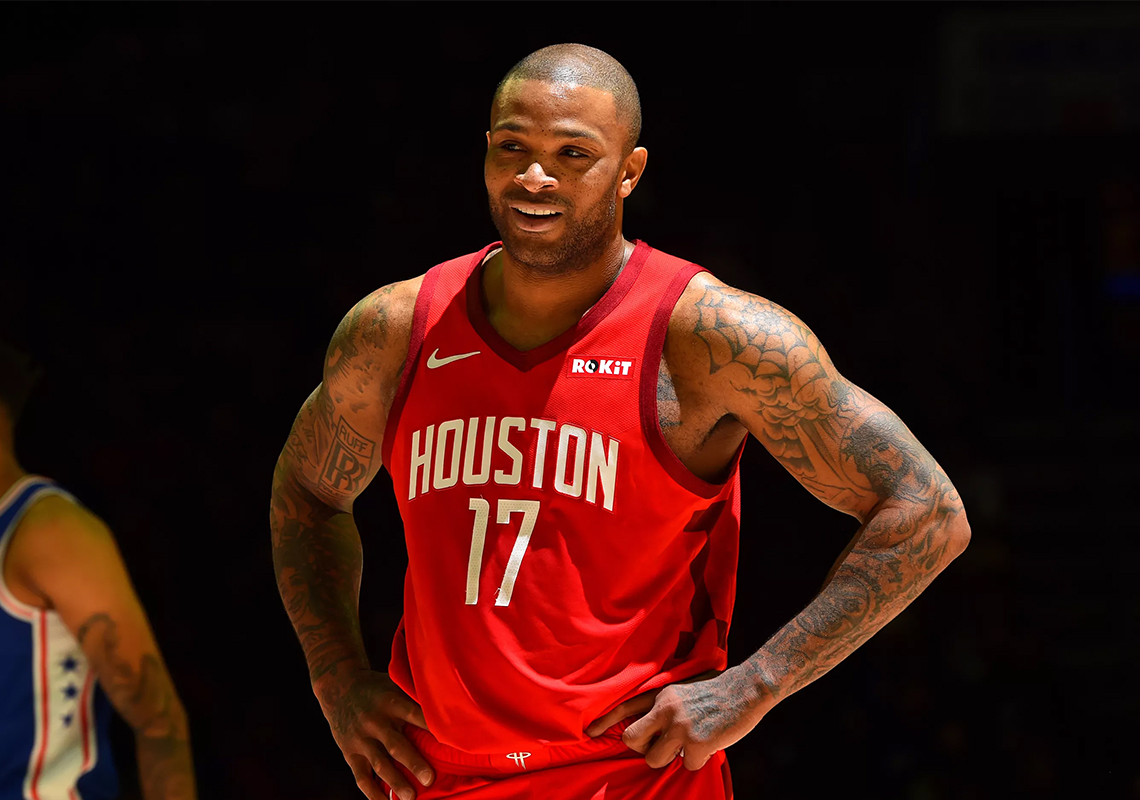 The preeminent “sneakerhead” in the NBA copped the rarest pick-up of all – the Nike shoe deal. PJ Tucker has officially announced on Uninterrupted’s Instagram account that he’s signed a multi-year endorsement deal with Nike, securing quite a bag for a player who, with all due respect, does not have the typical pedigree of a Nike athlete. PJ’s relevancy depends solely on his sneaker selections as he’s worn some eye-catching footwear on the court since his first years in the NBA, and since that time he’s basked in the limelight of being the poster boy of “what’s hot” in the world of footwear. In addition to debuting shoes like the Air Fear Of God 1 and wearing some of the rarest and exorbitantly expensive sneakers out on the market, he’s also shown an affinity into the world of fashion and has become somewhat of a regular at runway shoes – should his schedule permit.

Our take on this is that while we’re absolutely proud and excited for PJ to secure a bag of Swoosh grandeur, we’re left to wonder – will PJ lose what made him relevant in the first place? Nike Basketball is cutting the check because they need help selling basketball shoes, not the hype goods that are typically found on his feet during the tunnel walks. And once he stops wearing Off-Whites on court and Chanel x Pharrells on that short trot from the bus to the locker room, people won’t care to tune in anymore. With Nike now dictating what he wears, that means less rare PEs and more Alphadunks and Zoom Lives – performance products that have little interest to the world of fashion/pop culture. On the flipside. if the plan was to let PJ run wild and let him continue doing his thing (without wearing competing brands), then what was the point in paying the guy, since most of what he wore was Nike/Jordan anyway? We’re interested to see how this plays out, but if we’re Nike, we’re throwing our money at Luca.