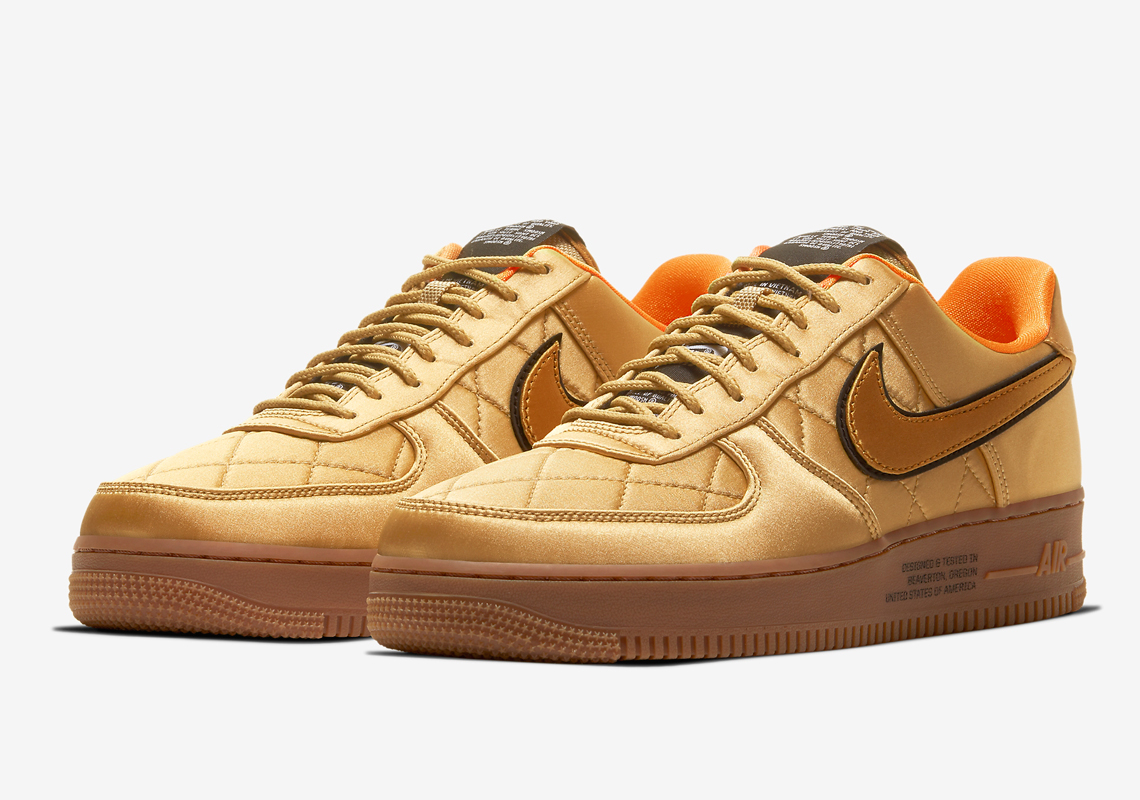 The iconic Air Force 1 Low has been outfitted in a number of limited, attention-grabbing colorways throughout 2019, but perhaps more surprising has been Nike’s decision to offer its ’82 model in equally compelling, in-line iterations. The flight jacket-inspired AF1 unveiled last week follows a US Army M-65 jacket’s traditional color scheme, but Beaverton has decided to reimagine the military-gear’s palette with a golden aesthetic on an upcoming Low. The forthcoming release deviates ever-so-slightly from the drab-olive pairs teased by the Swoosh this year by donning an all-over yellowish, part-quilted satin upper. A hit of orange peeks over the shoe’s collar and completely takes over the insole and sockliner. A brown gum-bottom rounds out this upcoming model’s design language with a stamp near the ever-recognizable “AIR” branding notating that the shoes have been designed and tested in the Pacific Northwest of the US. If you’re interested in giving your wheat Timbs’ a breather for something less bulky, but still rugged, keep an eye out on Nike.com for an official release of these Forces and grab a detailed look here below. 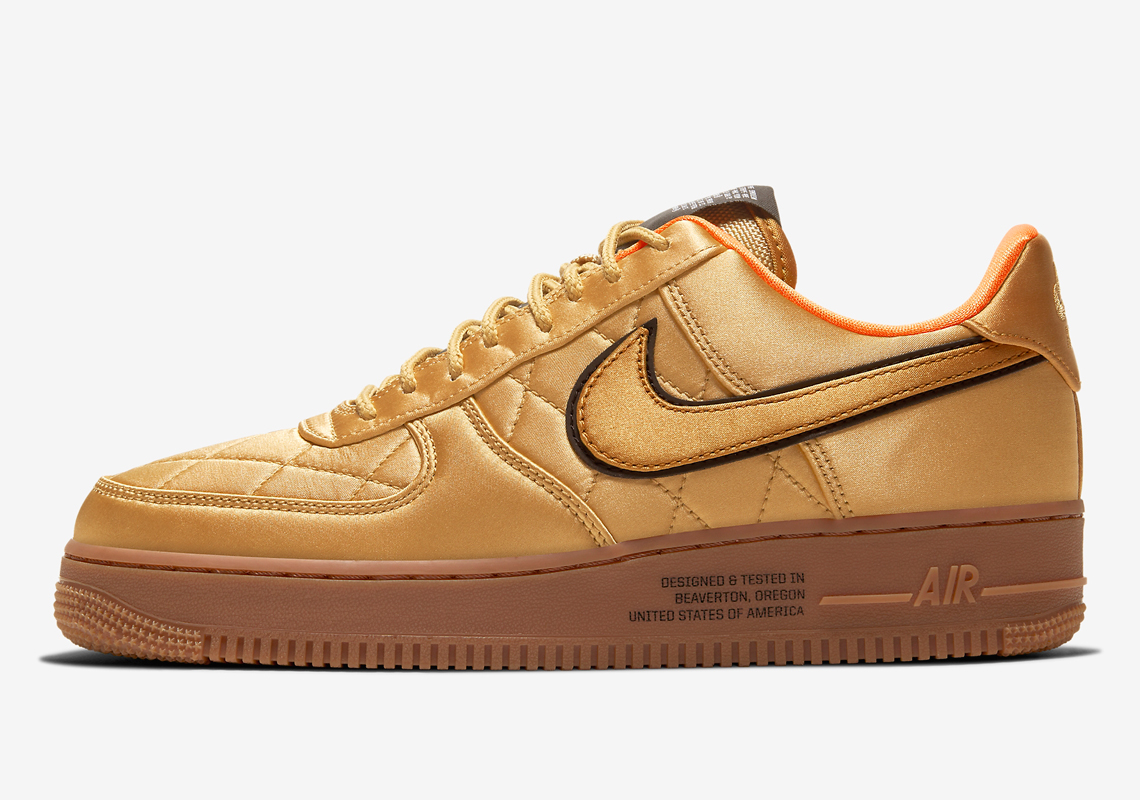 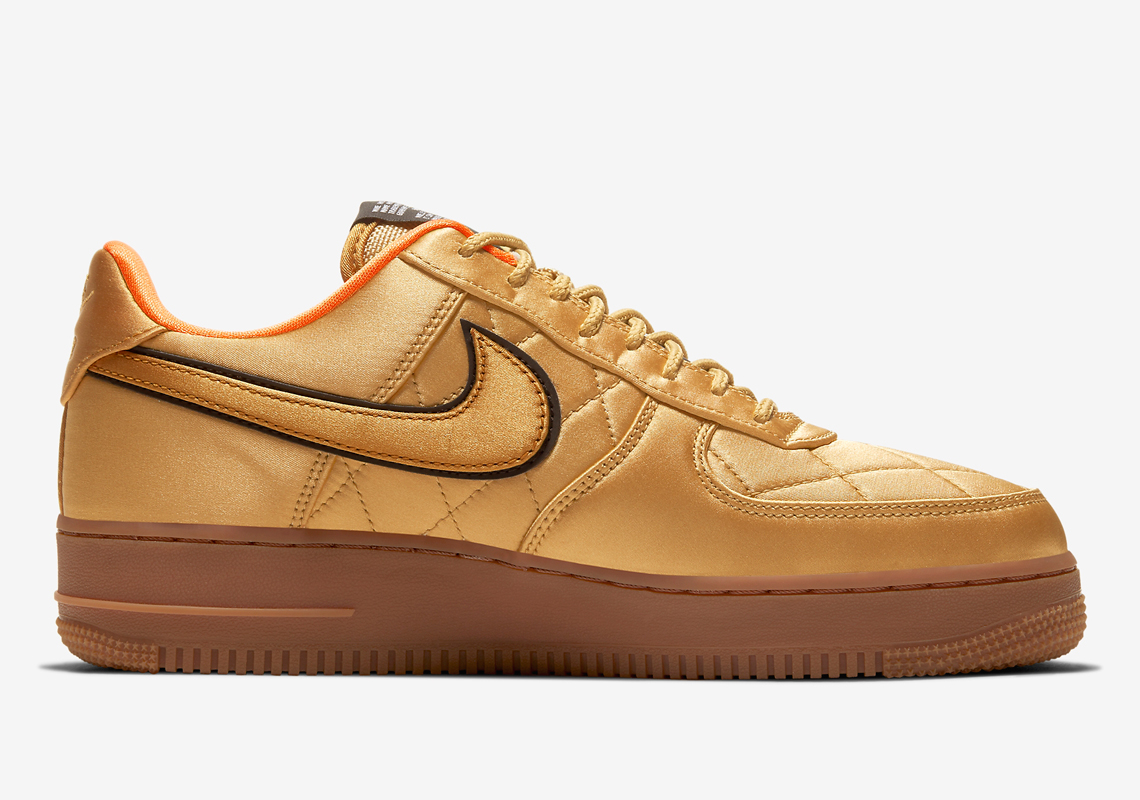 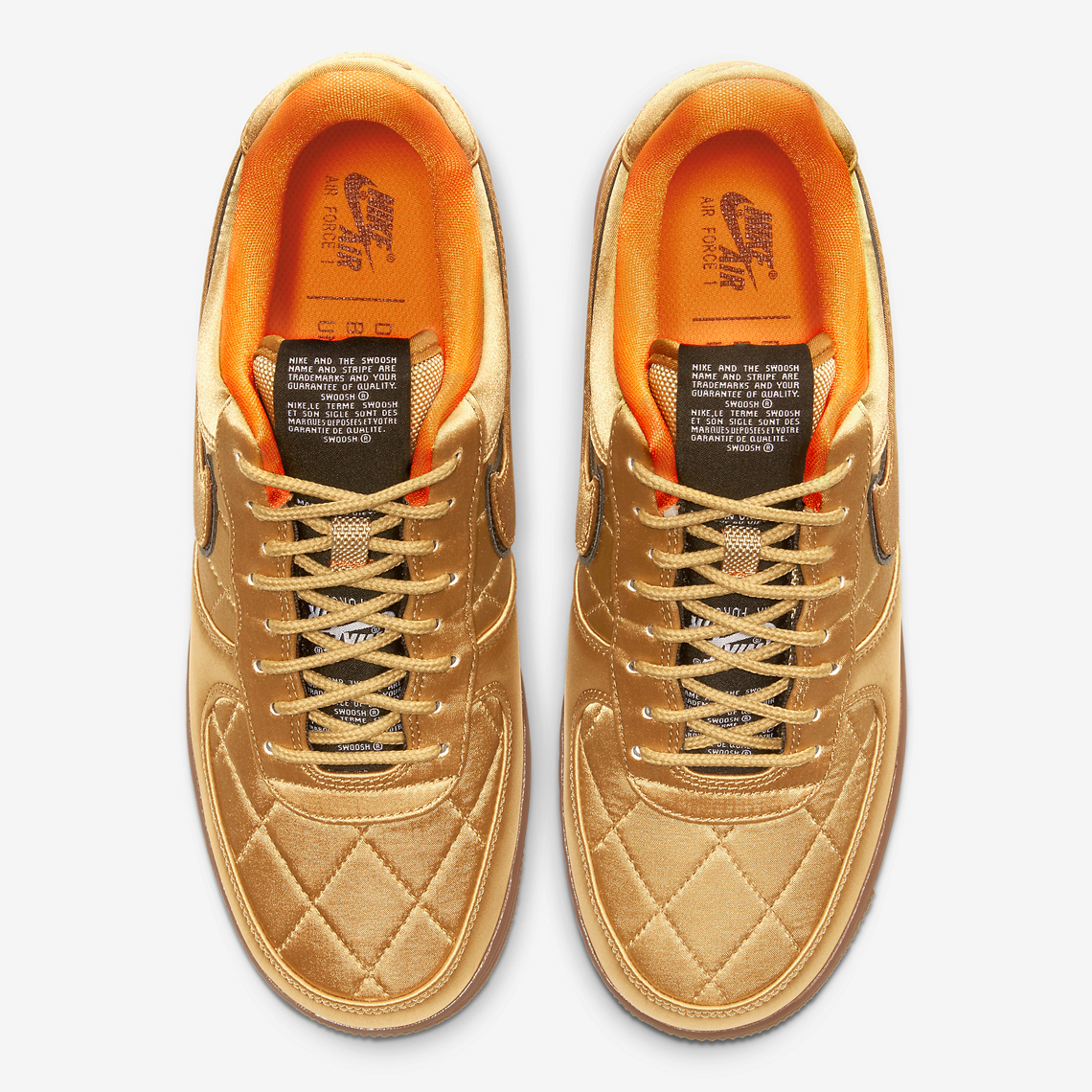 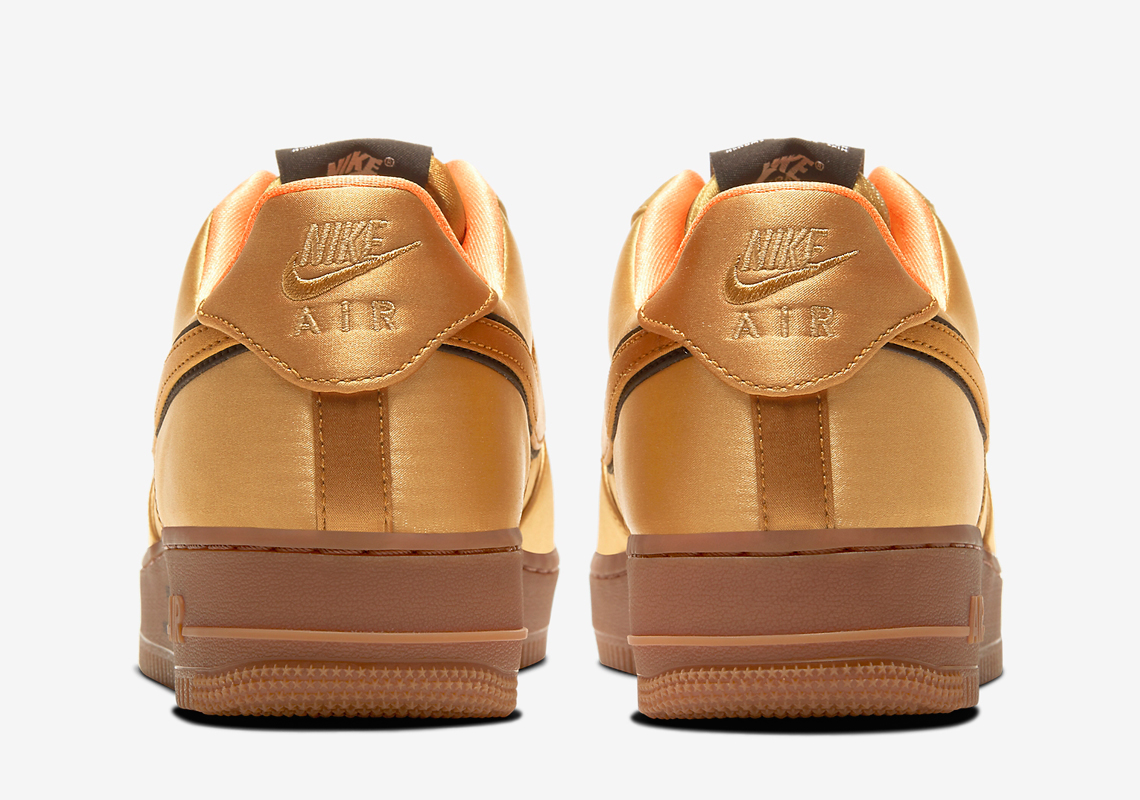 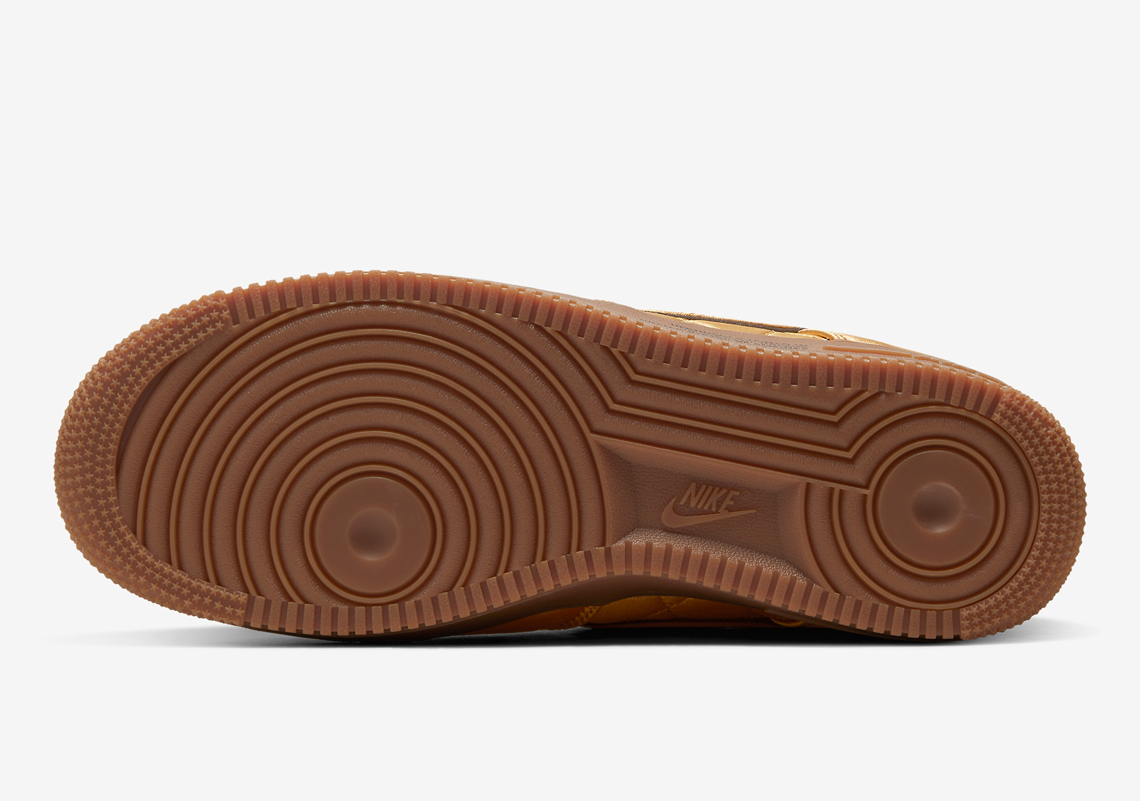