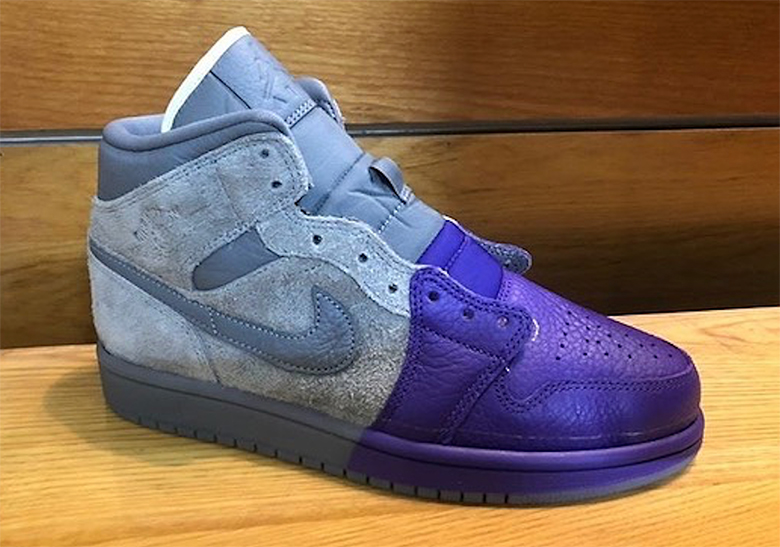 Earlier this fall, Jordan Brand introduced a new initiative entitled “UNITE” which involves a film/blog series centered around sharing the stories of how basketball has the power to draw people together. While several notable athletes/public figures in the pop culture scene from Zion Williamson to Nas to Easy Otabor have been featured, the campaign also taps into the communities of a handful of cities across the US to shine a spotlight on-the-rise creatives.

One of those being Sheila Rashid, a Chicago native whose unisex bespoke clothing brand has garnered a measurable amount of attention for her unique taste on denim and workwear pieces. So much in fact, that the young designer captured the hearts of the Jumpman team, earning her this upcoming Air Jordan 1 Mid collaboration. Translating her design language of utilizing segmented accents, Rashid divides its look into two parts. The mid-foot/heel areas find themselves in alternating shades of grey, with hairy suedes dominating most of its constructions, while the frontal zones arrive boldly contrasted in a dark purple hue to adorn its tumbled leather forefoot constructions. Lastly, the insoles are printed with co-branded hits displaying her logo on the left, and the Jordan’s UNITE logo on the right all laid against a two-toned backdrop that mirrors its exterior aesthetic. Stay tuned as we learn of official release info, and enjoy a first look here in the meantime. 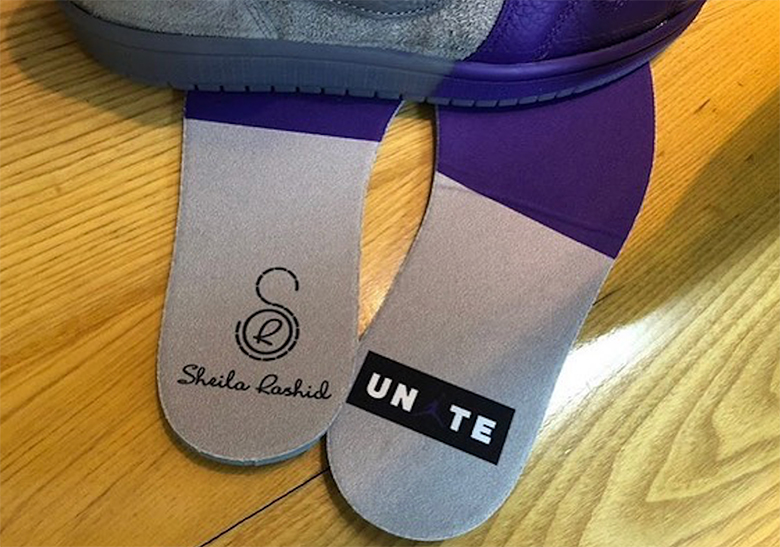