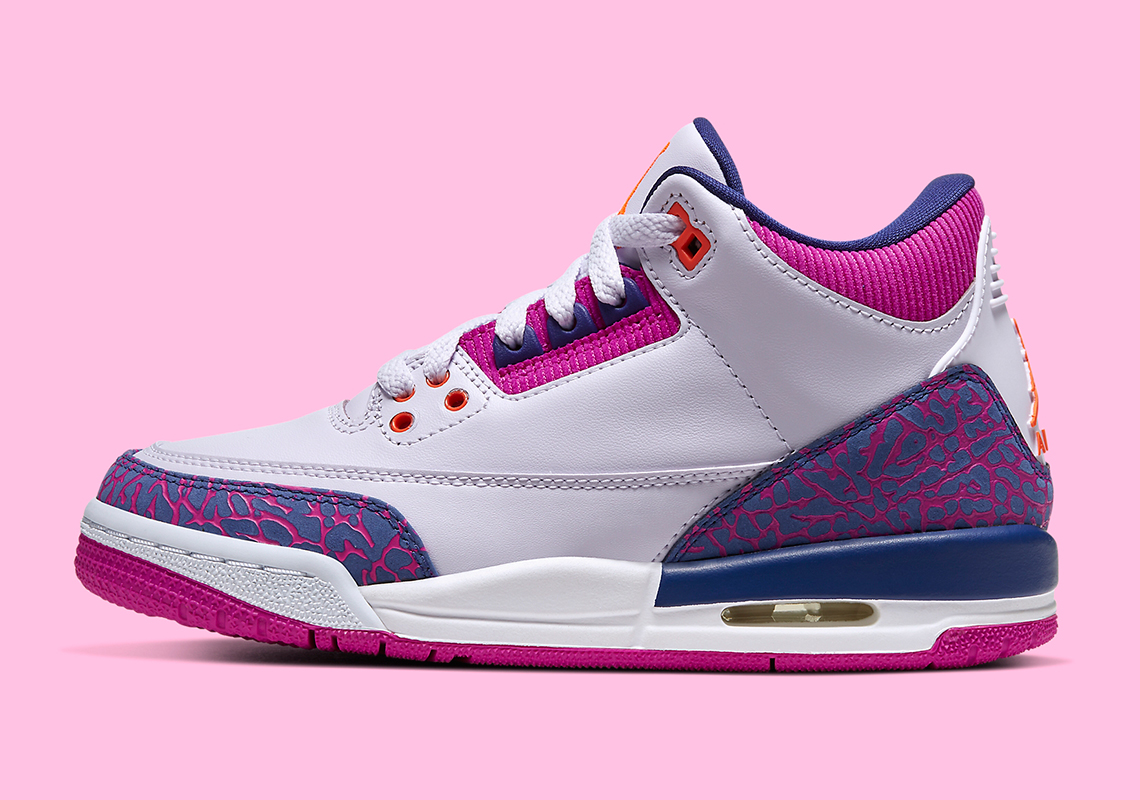 Only but days away from its last scheduled release of 2019 via its “Animal Instinct” makeover, the Air Jordan 3 already has its eyes set on what’s to come in the new year. Just last week, a “Fire Red” colorway reportedly set to drop during NBA All-Star weekend was teased to the public, but it looks as though the iconic elephant-printed sneaker wants to start off the new decade even sooner with this upcoming kids-exclusive makeover. A feminine combination of purple and pink accents previously used on other grade school retro offerings such as the Air Jordan 7 and Air Jordan 4 take front and center stage, dressing up the base layer’s animalistic graphics and overlays lying closest to the throat and ankle collar regions. Down below, the playful Barbie-esque color story continues as it ornaments the midsole rears and tread in full vibrance. For all the youthful lady Jumpman fans looking to add some new kicks to their rotation before you head back to school, you can expect these to release at select Jordan retailers on January 4th for $140 USD. 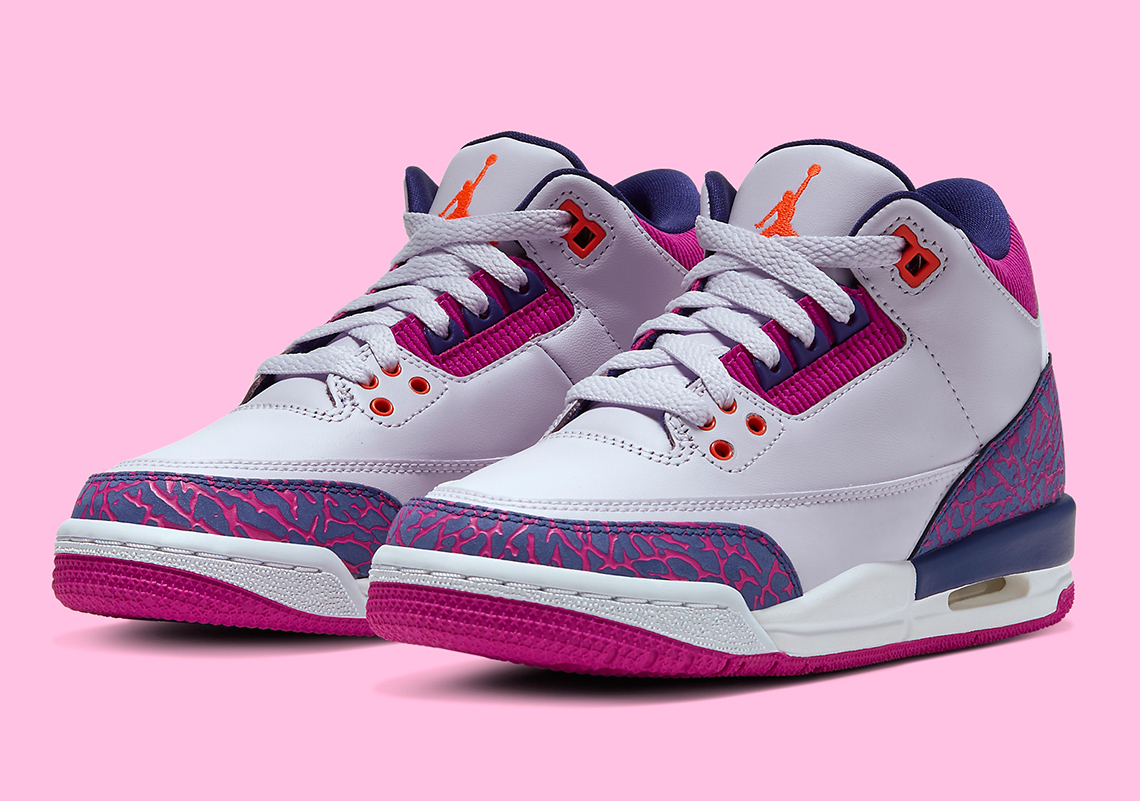 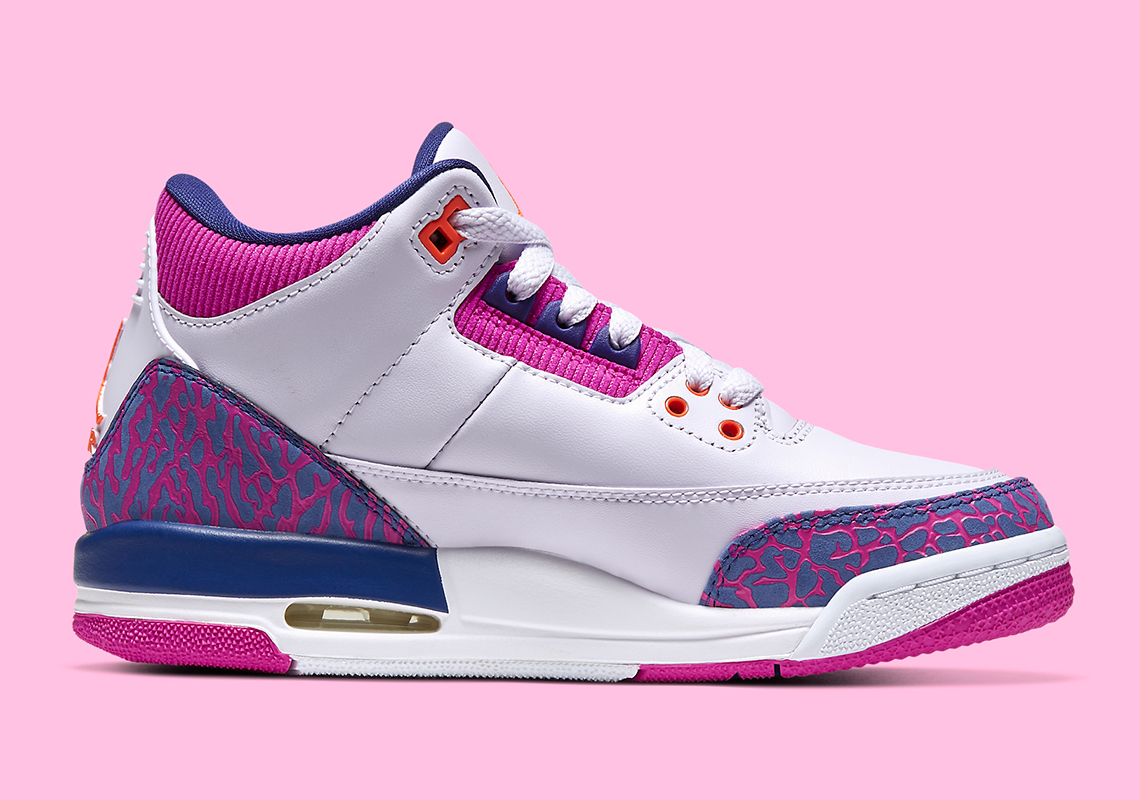 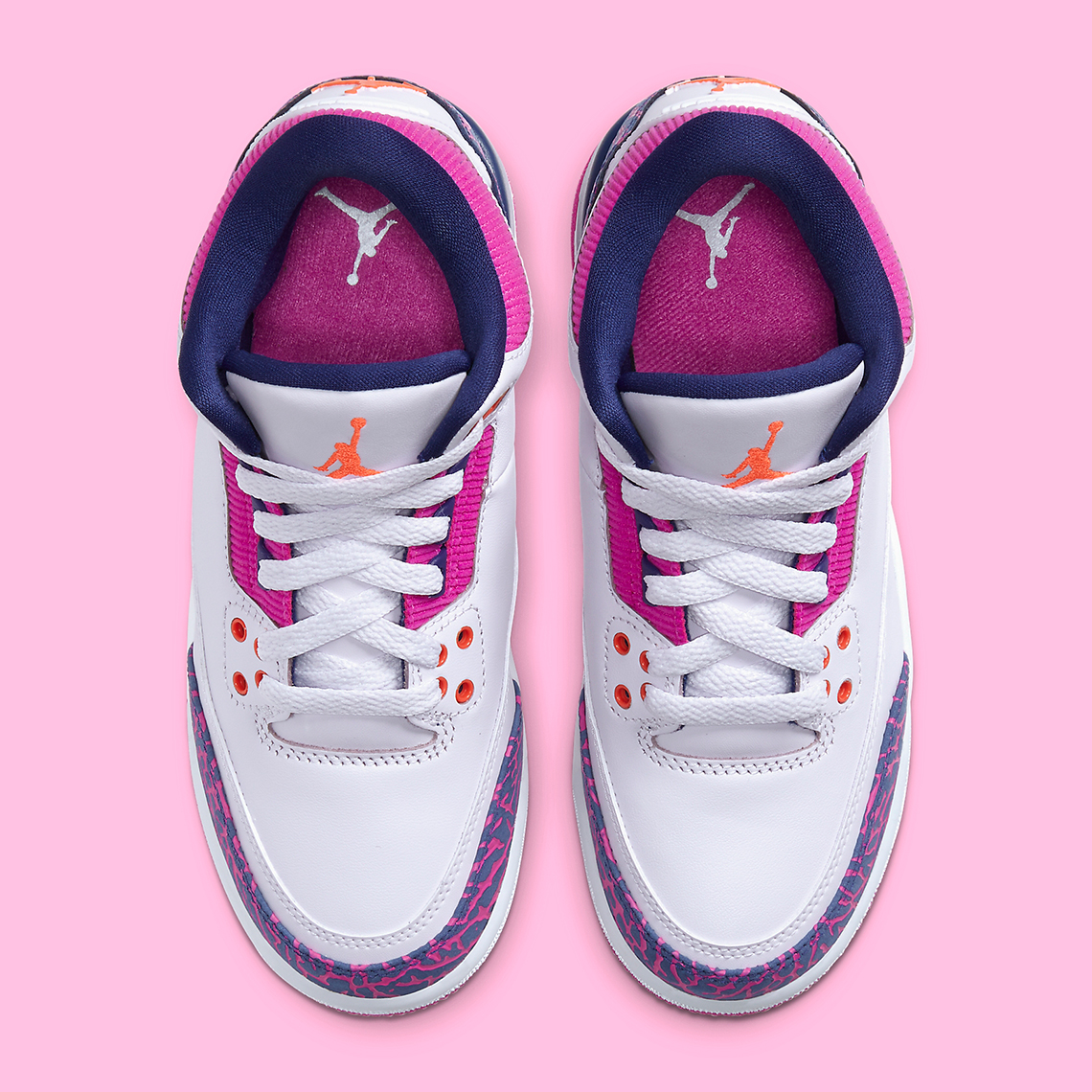 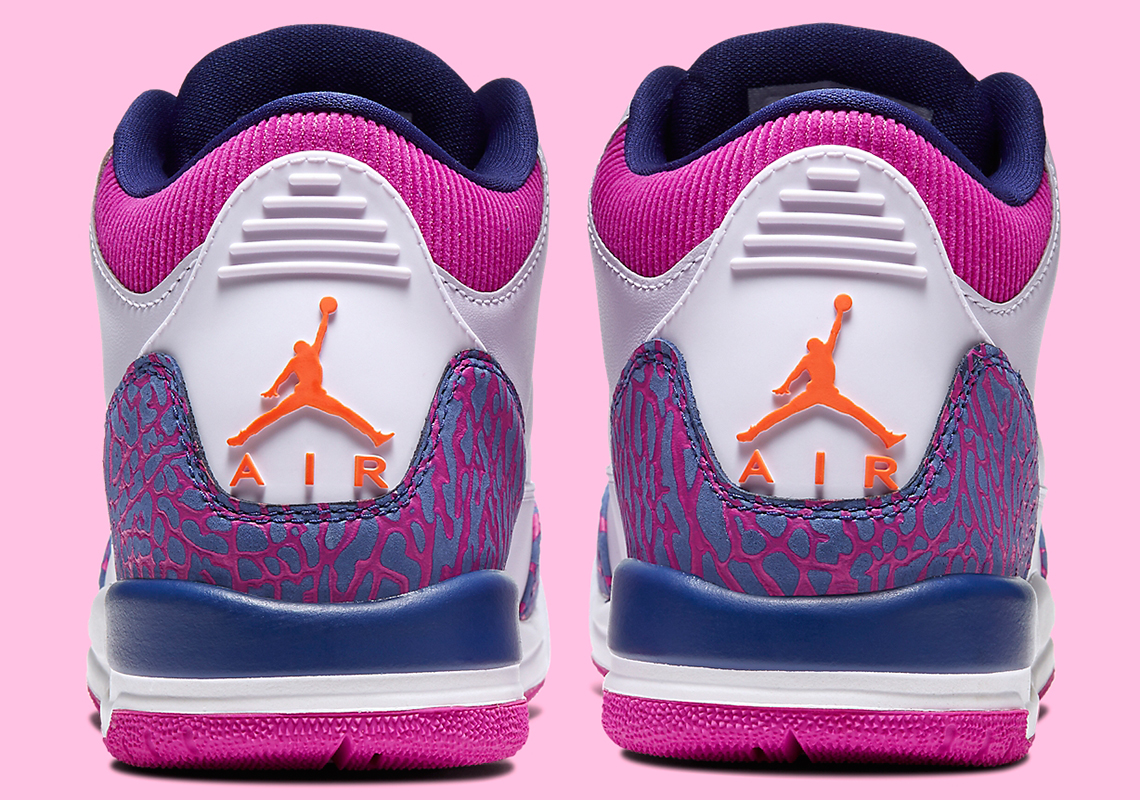 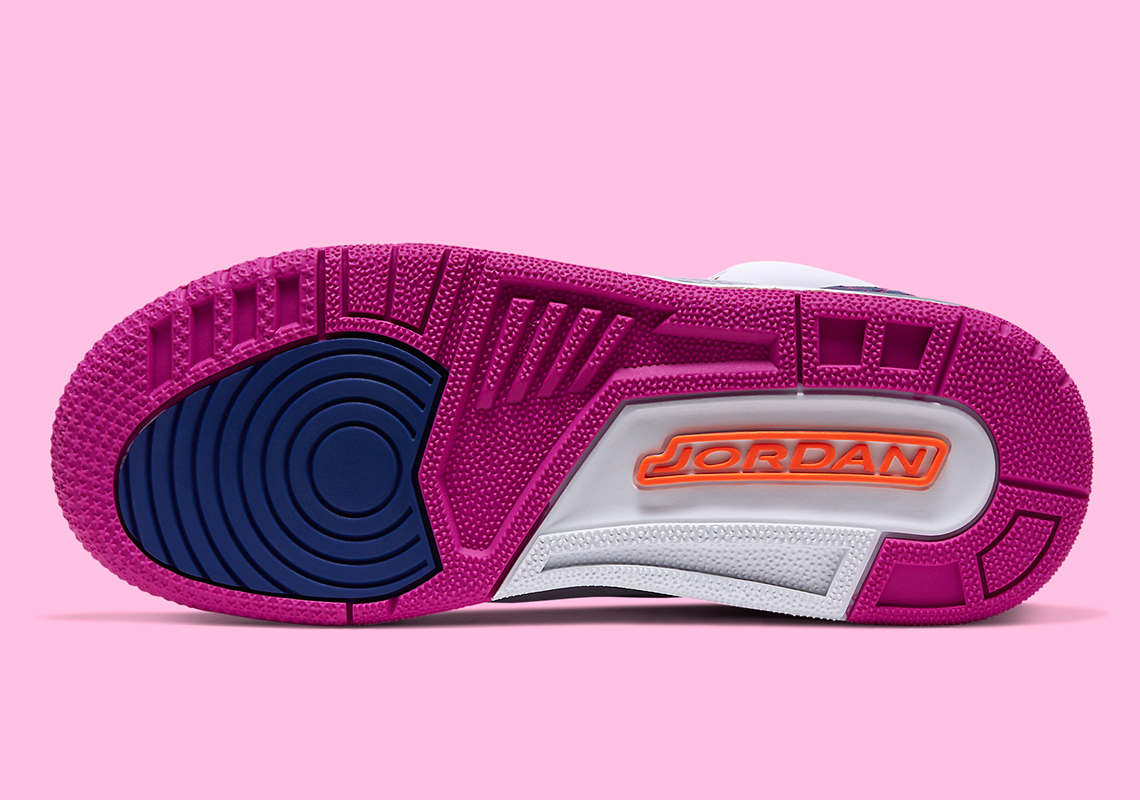