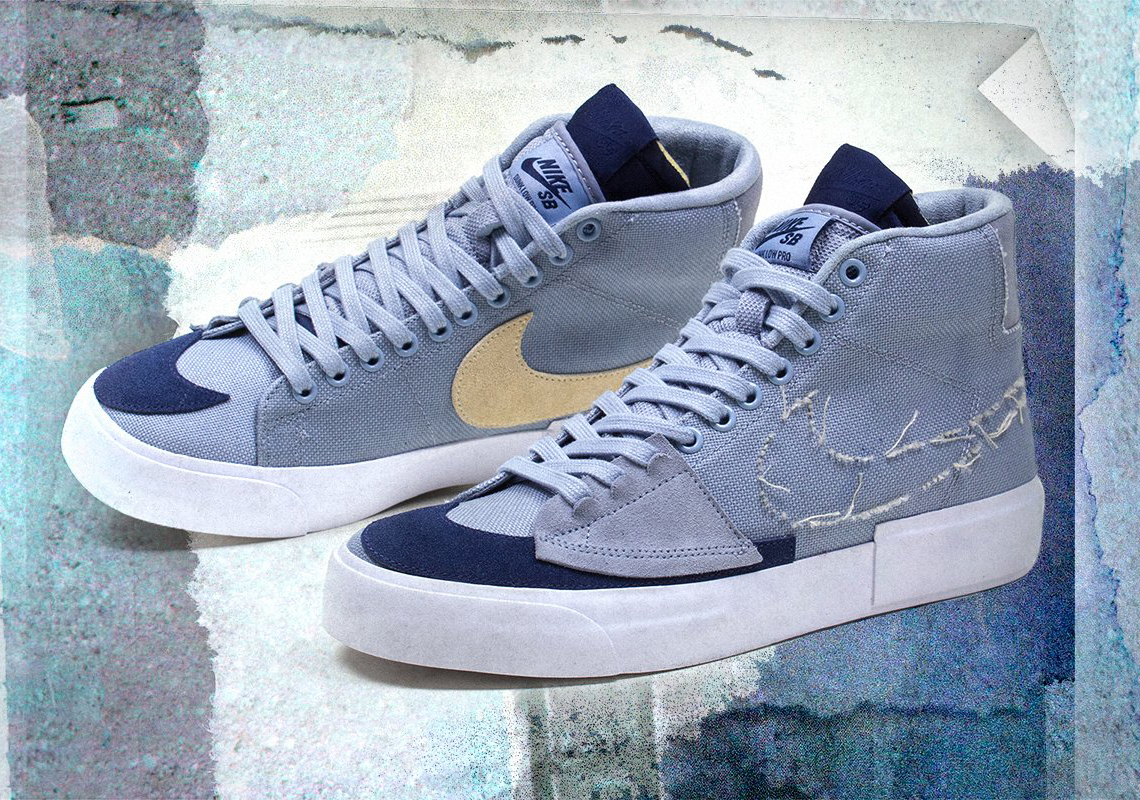 Teased just a few weeks ago, the Nike SB “Hack Pack” bears the patented skate shop exclusivity the line-up has become known for in its heyday, and though we’ve gotten a somewhat wider rollout of takes by the likes of FPAR or Supreme, it’s the general releases that quite easily slip under the radar. Among them, the Blazer Mid Edge seems to steer the course for the aforementioned capsule, a small, curated selection that destructively pays homage to the days of stitching together models every which way — the Blazer simply does it with the least grace (appropriately). At its base, the core template is relatively untouched, featuring every one of the silhouette’s most discernible accents from its shape to the midsole and then around to the branded heel tab, though lateral swooshes and forefoot paneling are distinct in their frankenstein’d design, the former ripping off with remnants of thread left behind to then outfit the toe and the latter tacking on a piece from an entirely different kit. The tongue, doubling much like the motifs of Chitose Abe, bear the tag from a lesser-seen Dunk Low with its backdrop favoring the standard in dark navy. Grab what is likely the best look yet at the pair, and as a few shops have released them just yesterday and sold out near instantly, your best bet is to sit tight as other spots are likely to drop theirs soon. 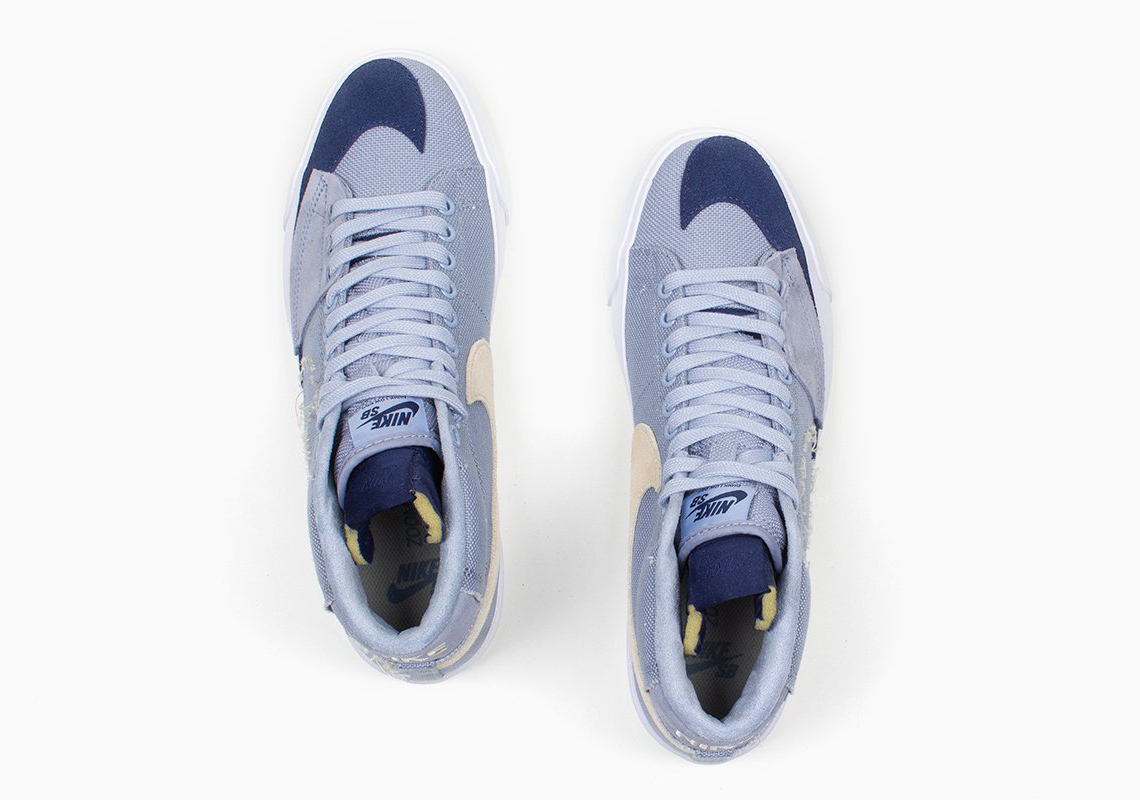 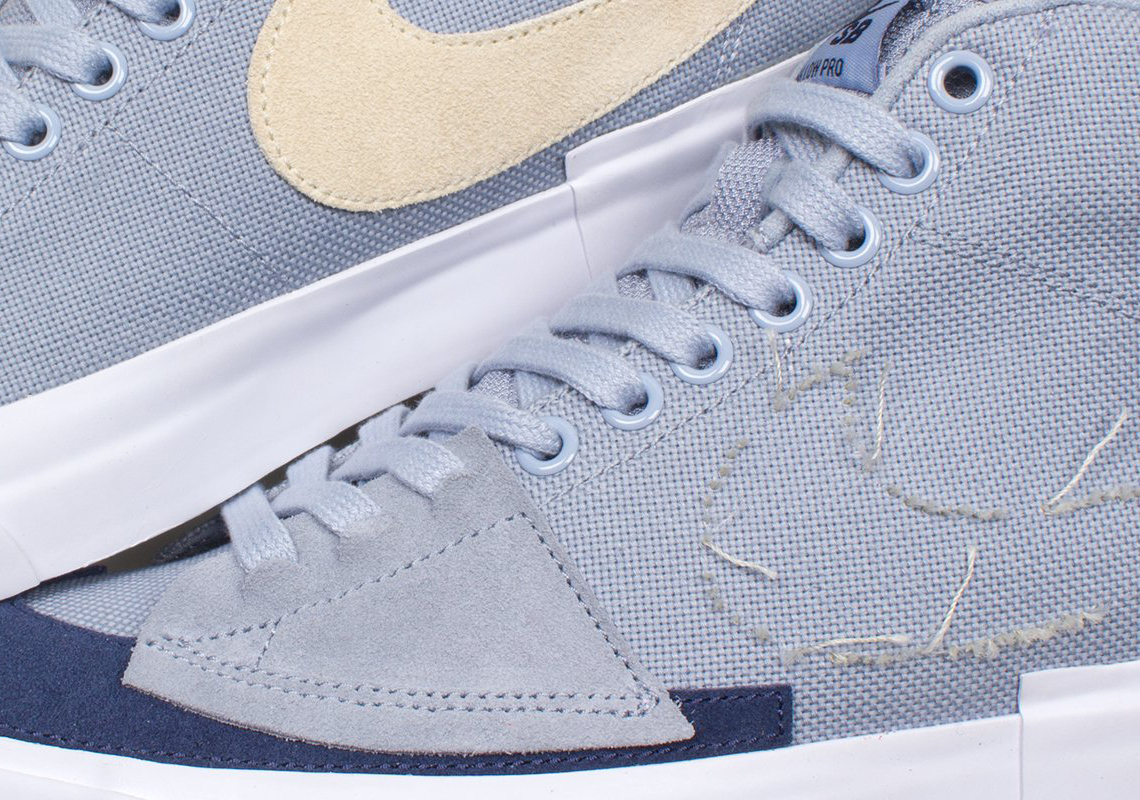 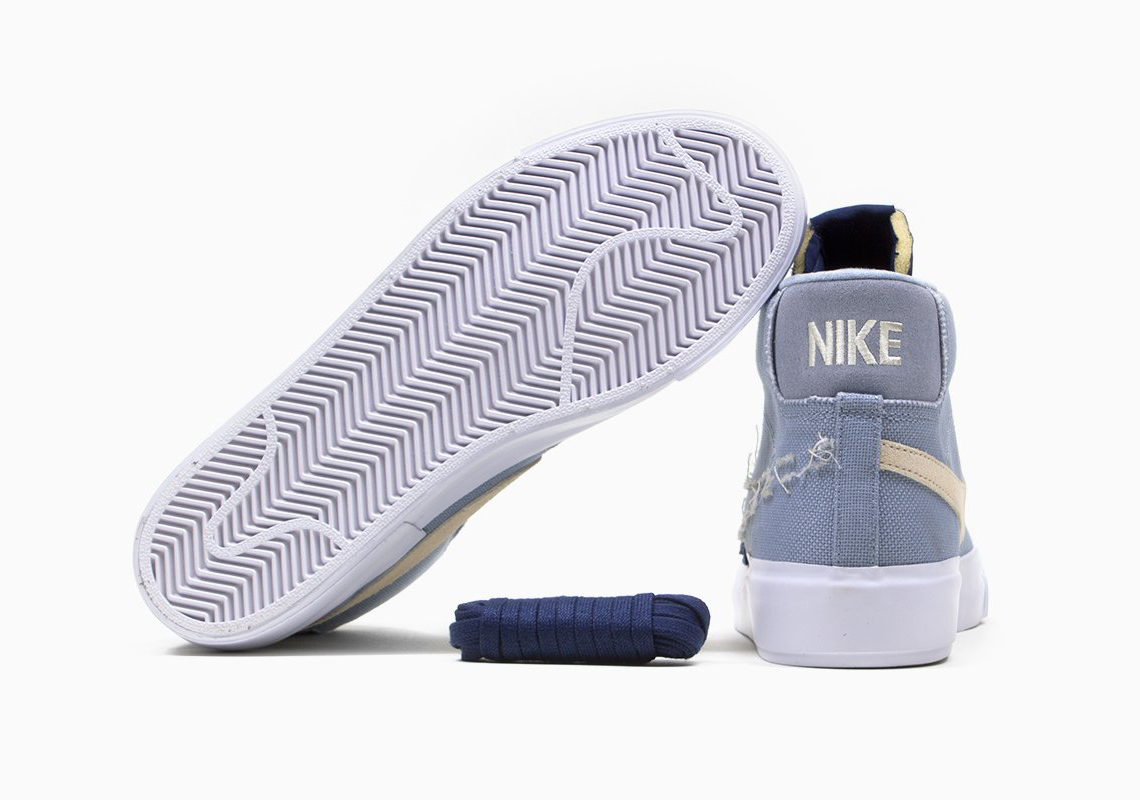 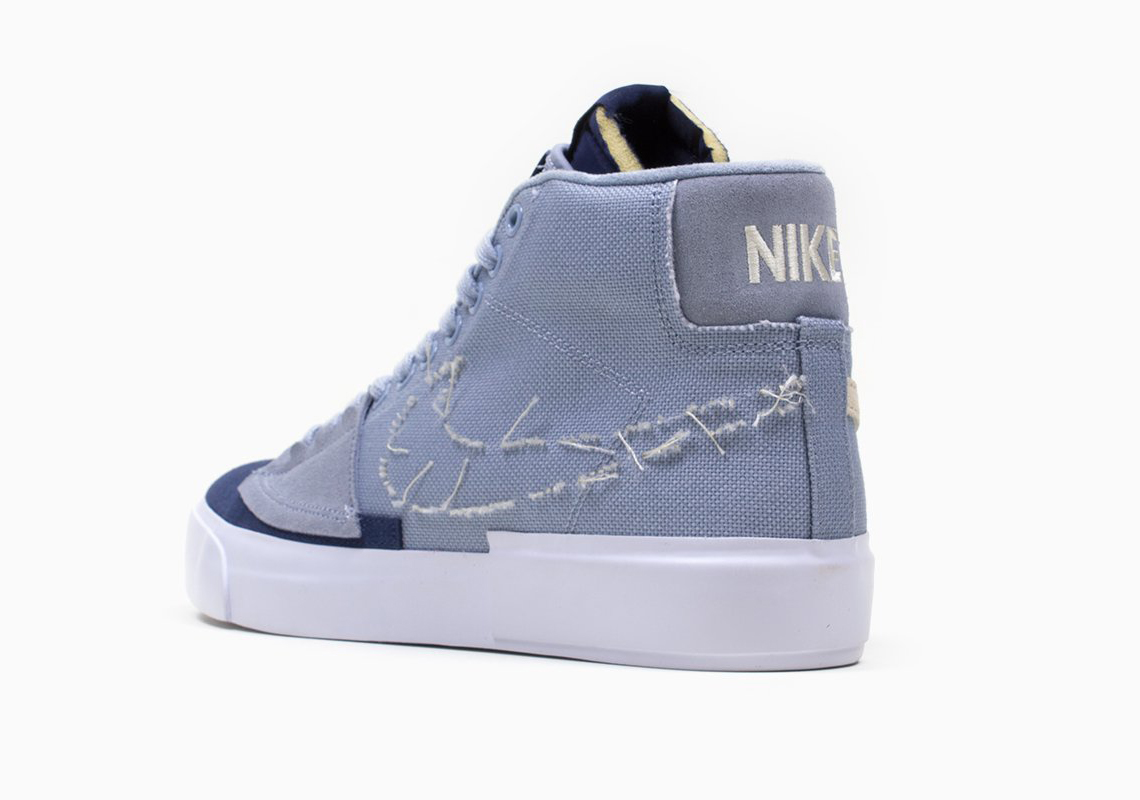 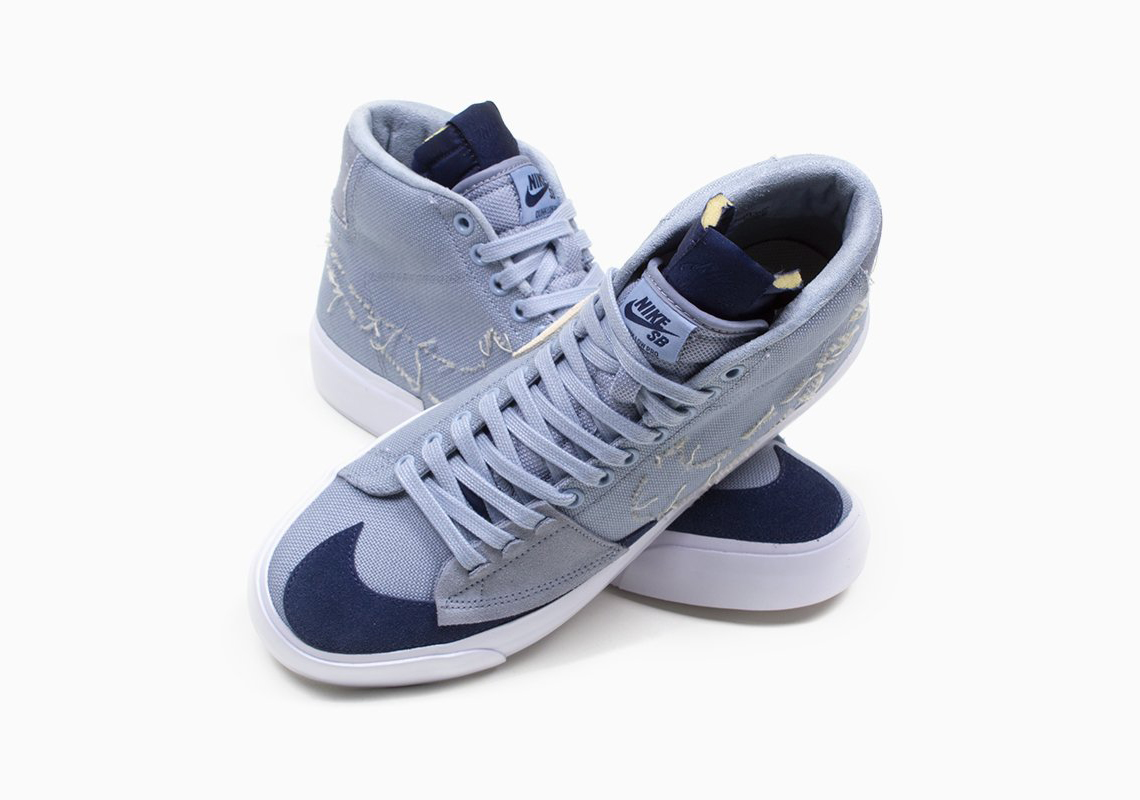 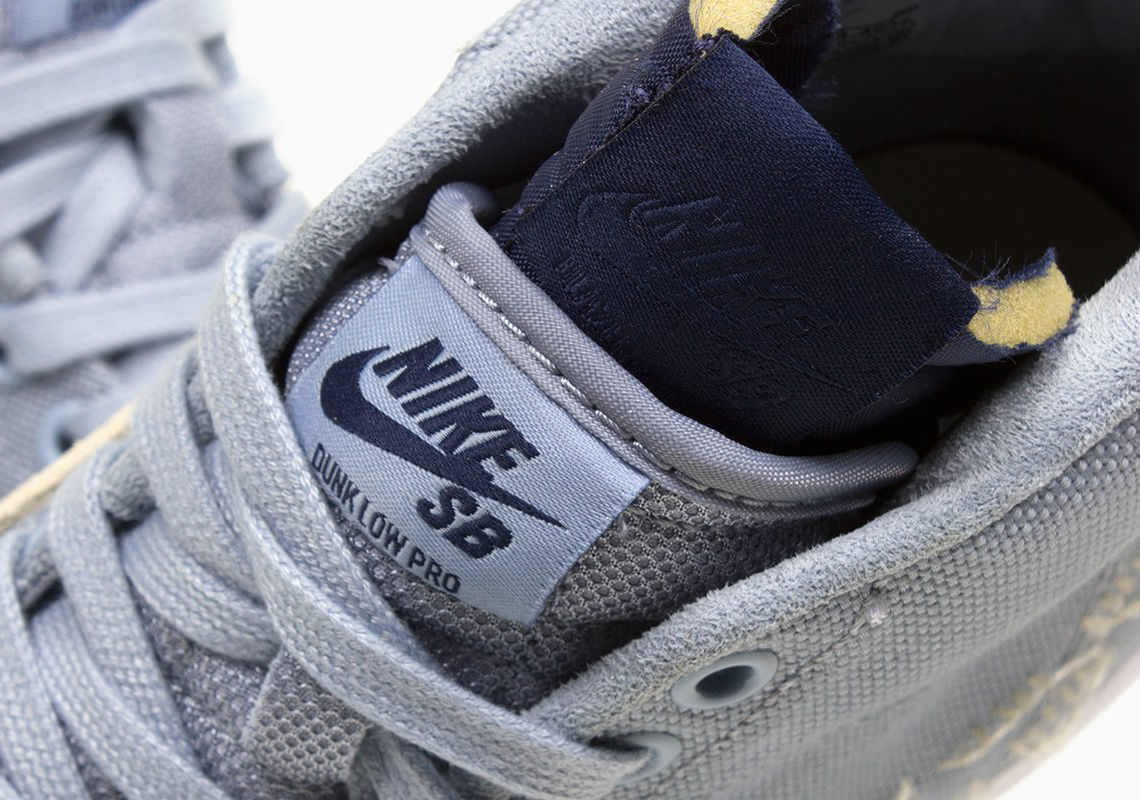