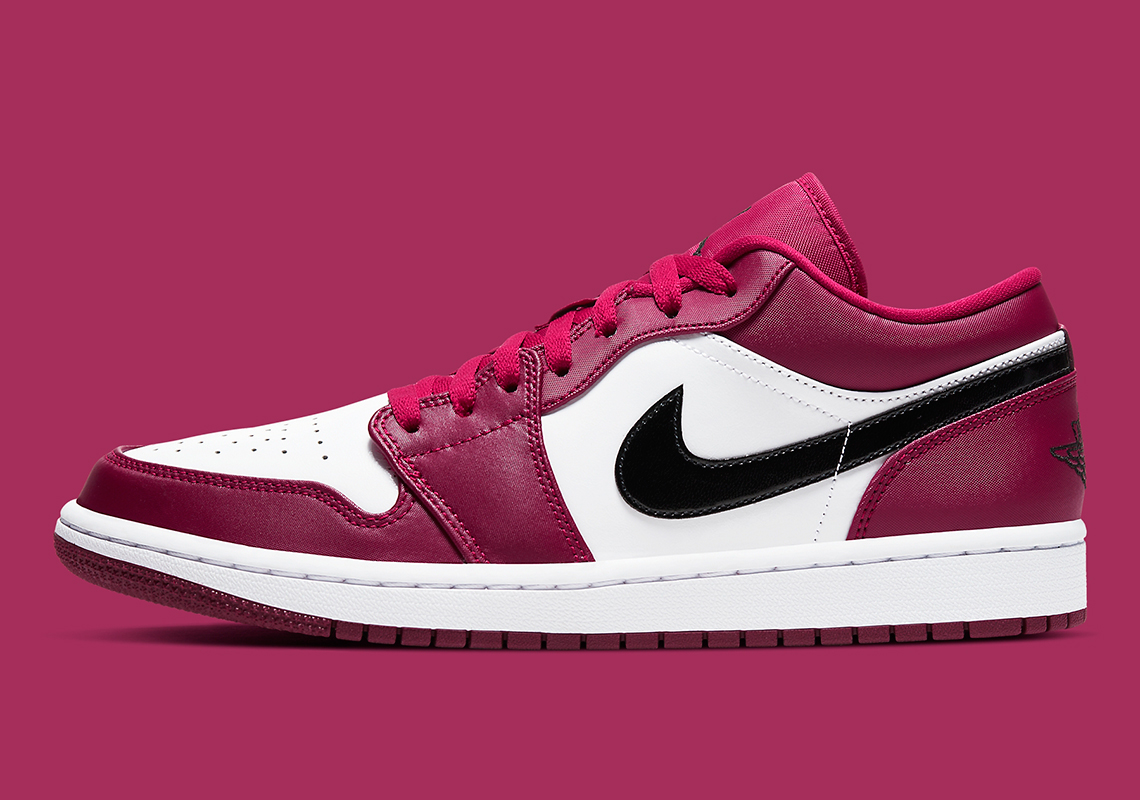 The momentum between the various styles of the Air Jordan 1 continue to shift as a friendly in-house race between its mid-profile and low-top models for which style can emerge in more colorways has been occurring throughout this winter season. The latter seems to be falling not too far behind its mid-cut sibling, as a handful of makeovers including a black/purple, “Sky Grey”, and “Pine Green” have surfaced in the past few days alone. And to keep things rolling in the upwards direction, the AJ 1 Low is adding another installment to its lineage by way of this forthcoming “Noble Red” colorway.

Jordan Brand infuses the near-burgundy tones across a majority of its canvas-constructed overlays – a noticeable deviation from the “Noble Red” mid-top variation that appeared last month – leaving the contrasting hits to the more greyscale neutrals applied to its leather toe box, mid-foot panels, and Swooshes. Continuing the same look as the aforementioned “Pine Green” style, this AJ 1 Low embroiders MJ’s all-famous Wings logo on the heels in stark black to coincide with its mid-foot accents. Grab a closer look here below, and be on the lookout for these to release on Nike.com in the coming weeks. 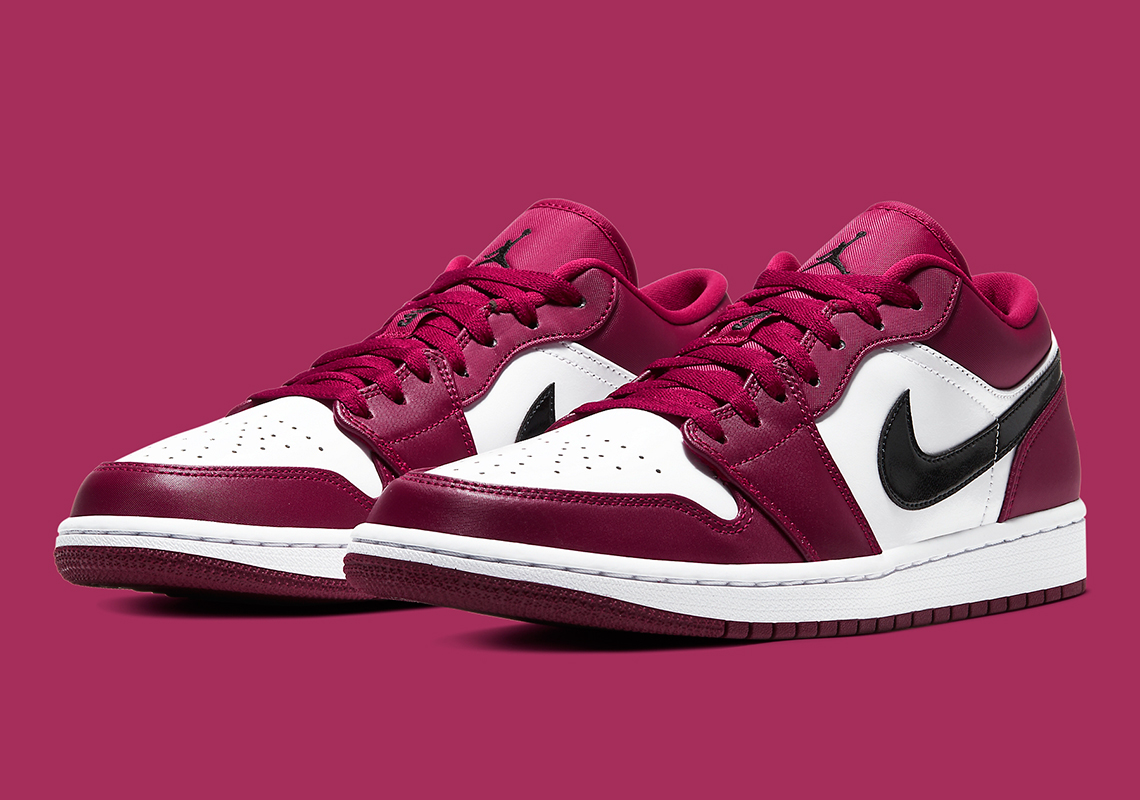 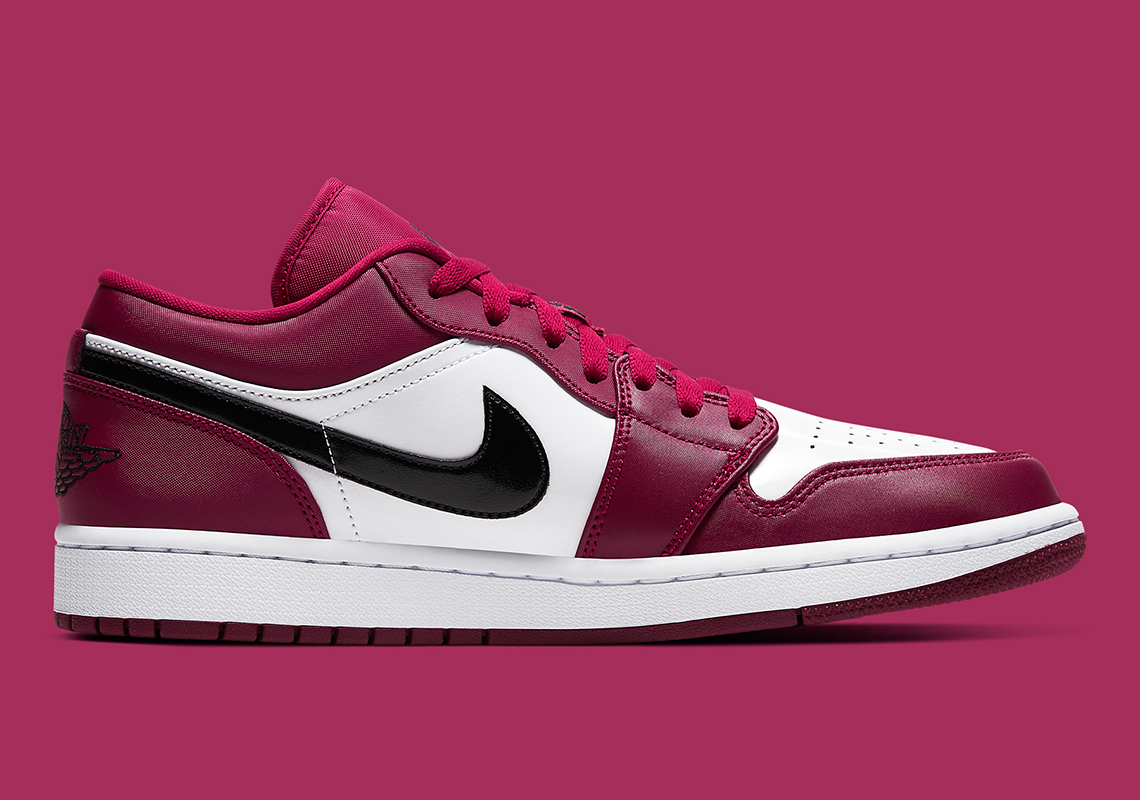 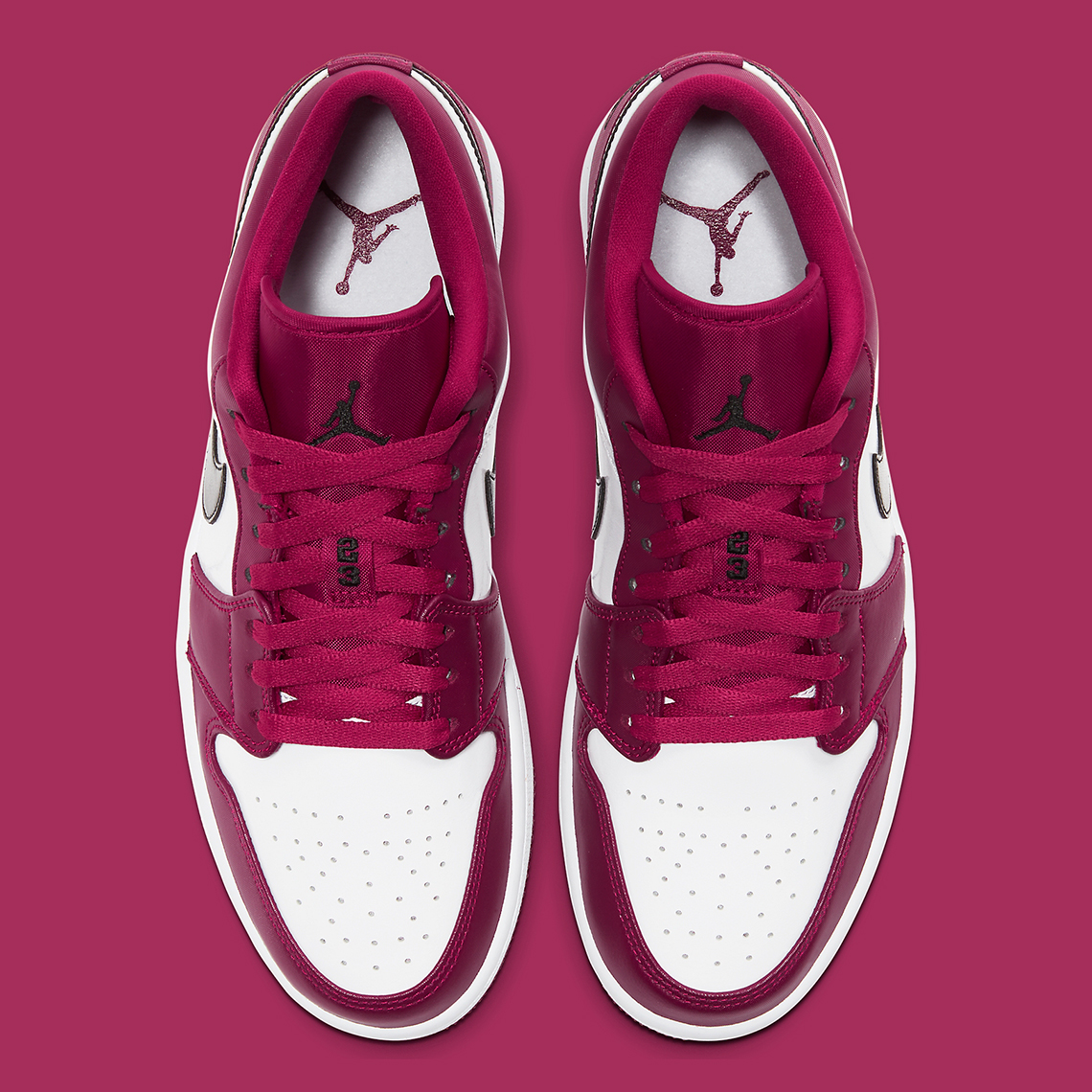 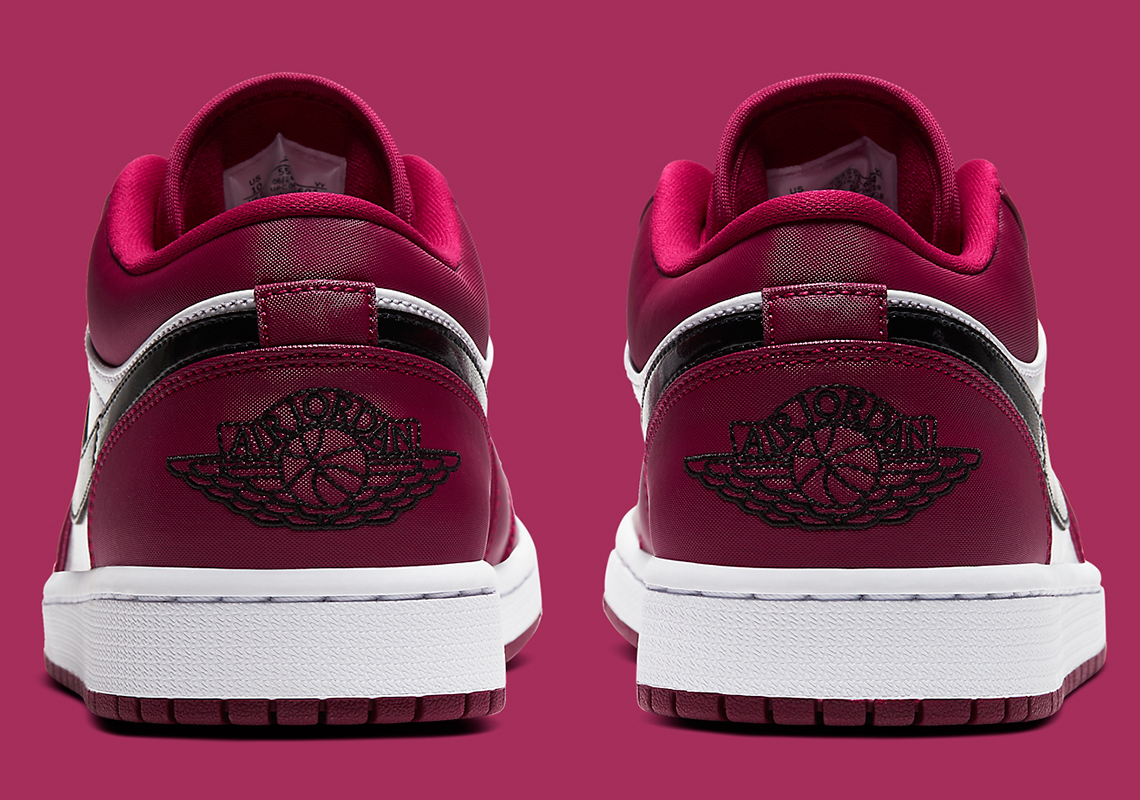 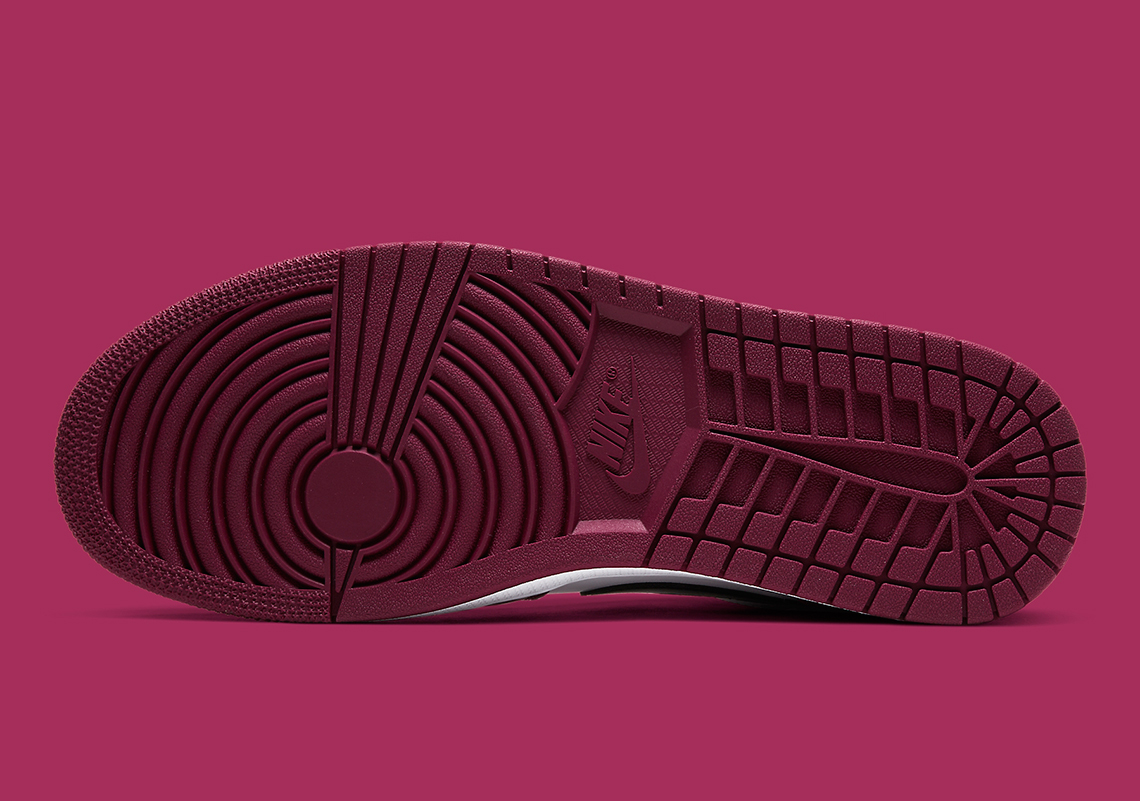