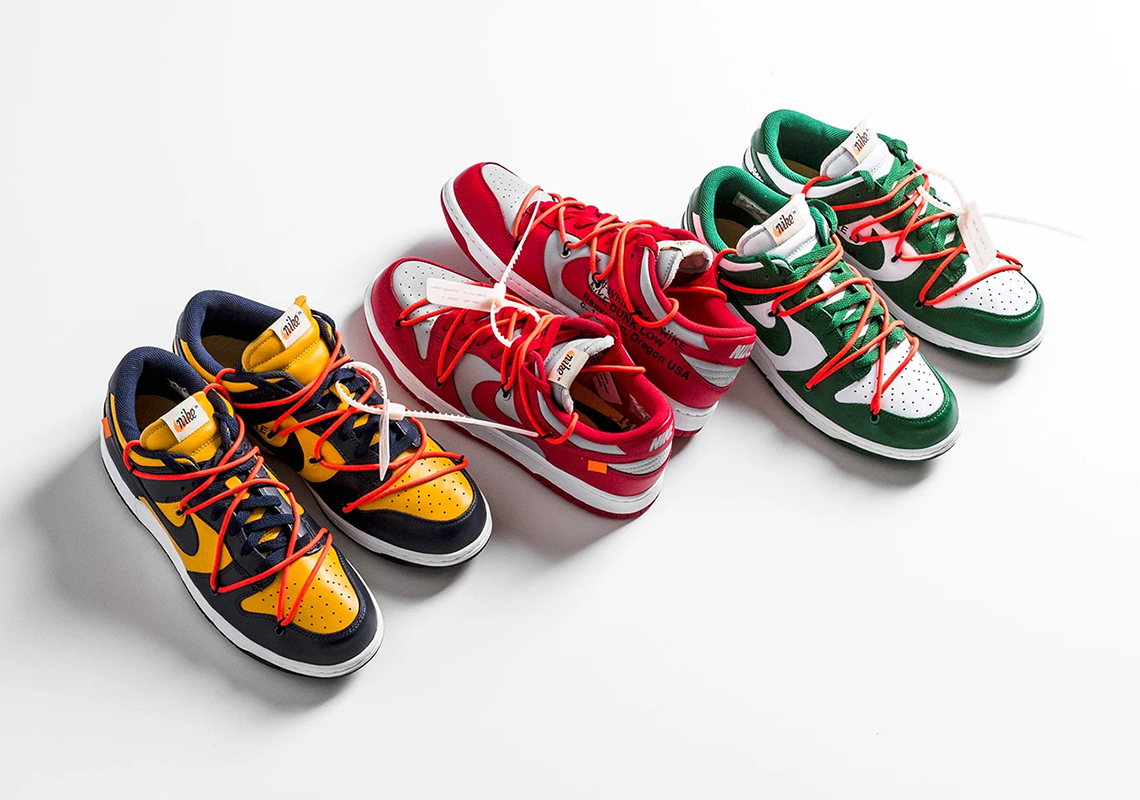 After collaborations with Diamond Supply and Supreme, the Nike SB brand of Dunk Lows have effectively hit the public eye once again, rising to the top after its fall near years ago with more and more colorway revivals likely slated for the near future. And though skateboarding is owed credit for putting the silhouette on the map, none should forget the classics released well before the aforementioned sub-label’s inception, pairs whose University-inspired likeness and classic shape built the foundation thereafter. Among them, the Michigan, Pine Green, and University Red pairs are set to grace center stage in low-top form, directed by high fashion talent Virgil Abloh and his signature Off-White aesthetic though sans any of the deconstructive details the both of them are often associated with. Instead, double laces from his athletic sabbatical arrive here sprawled in neon roping, loping across a backdrop of smooth leathers left mostly true to their retro form. Hang tabs still swing along the standard lace unit, however, complementing the designer’s collaborative kit of bold-faced text along the medial. Grab a detailed look at the entire range once again and check the store lists below to secure whichever pair you want come December 20th. 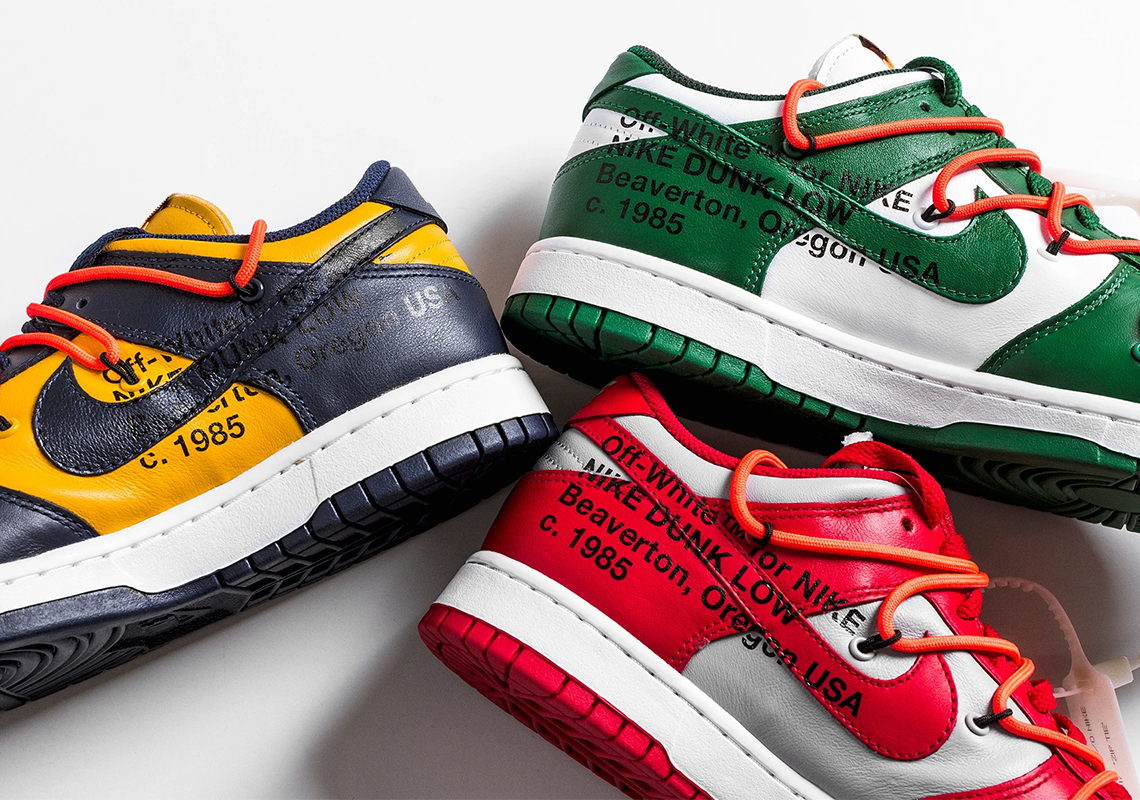 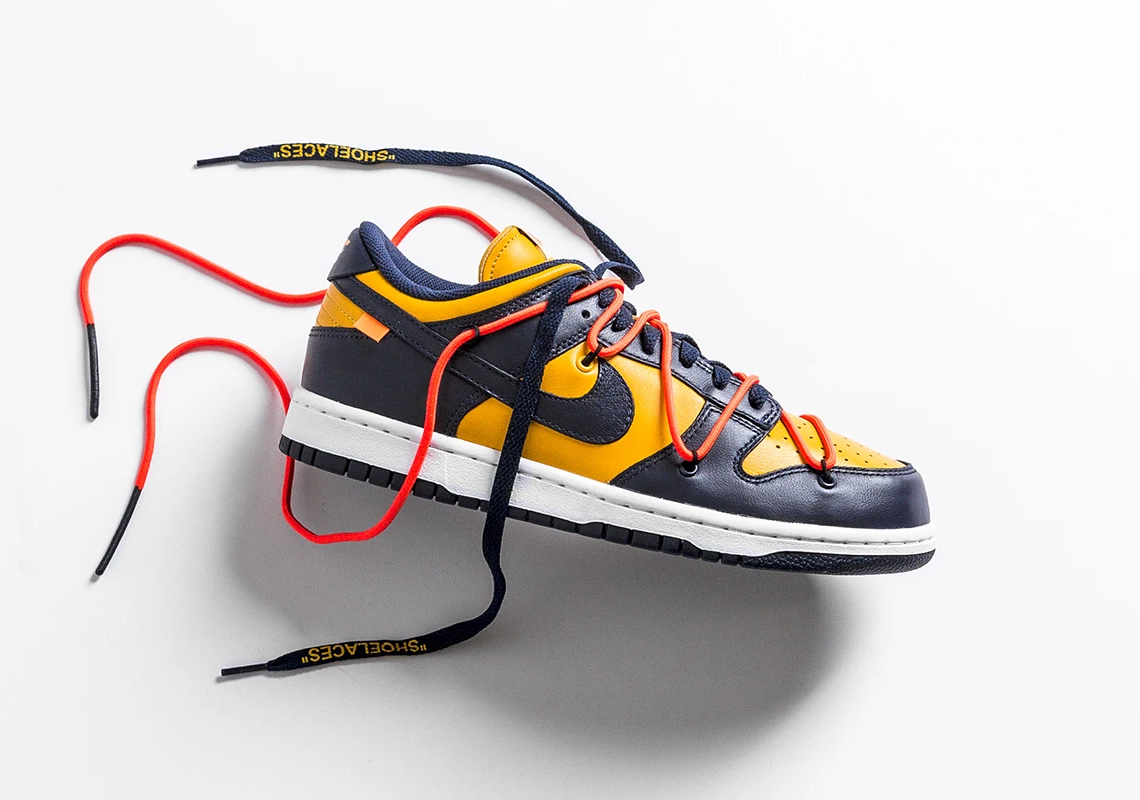 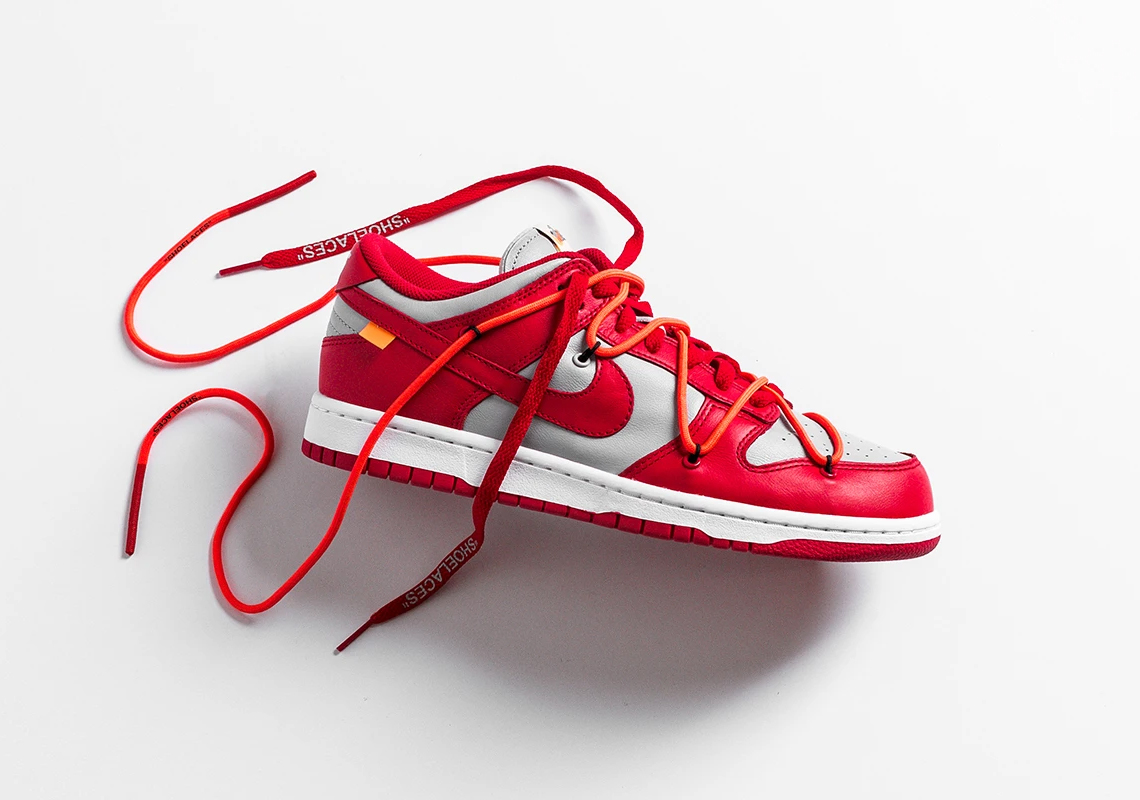 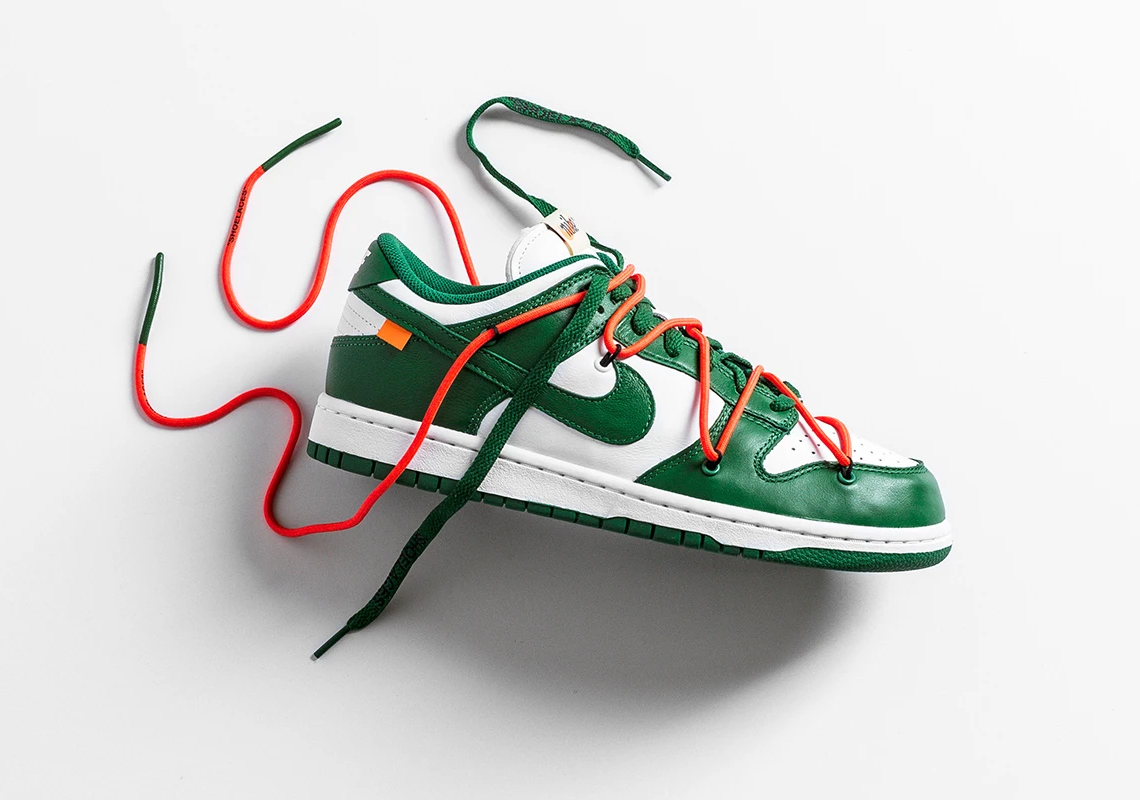