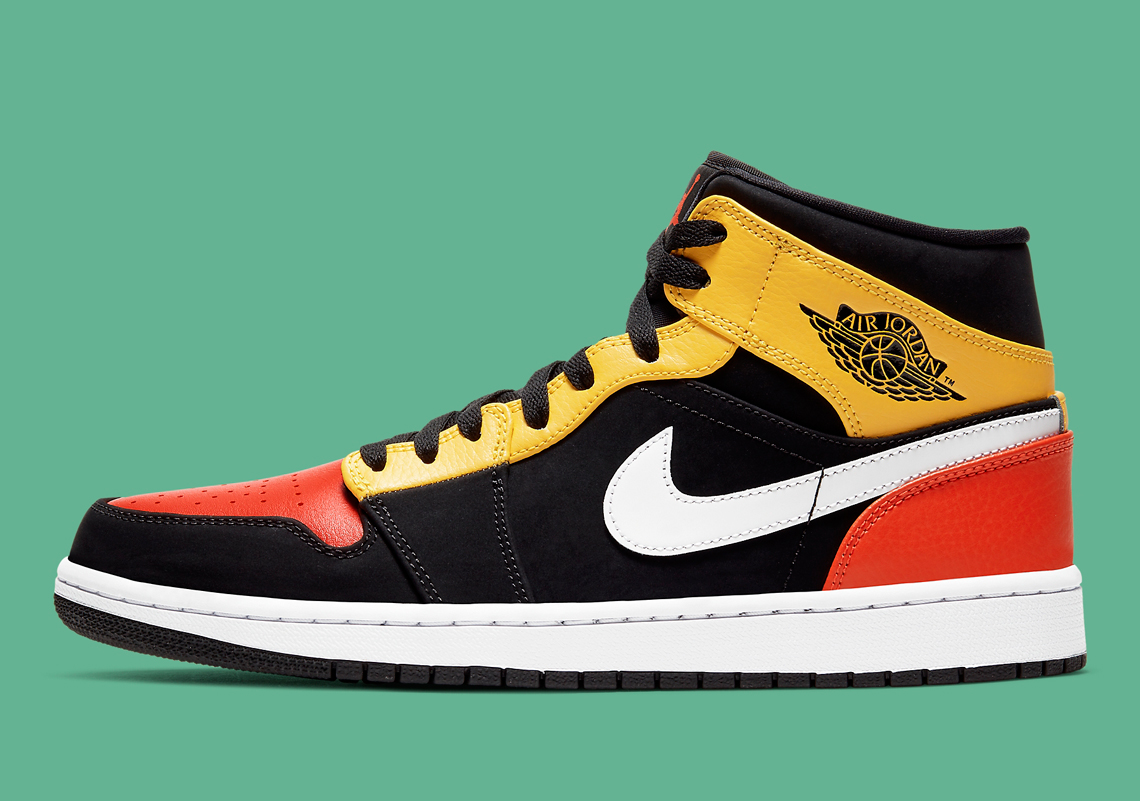 The Air Jordan 1 Mid Gets A Familiar Skate Shoe Mix

Next year is chalking up to be the year of the Air Jordan 1 Mid as images of the historically unheralded silhouette in a punchy yellow and red-orange colorway recently hit the Internet. This rumored pair adds another tally to the Mid’s growing release calendar for 2020 and offers a compelling two-tone outfit on the model. Teetering on the line of being red, a dark orange takes over the toe box, heel, and Jumpman logo at the tongue. Just like mudguards and midfoot panels, Swoosh logos on this iteration are left bare, coming in black and white, respectively. The only other color contrast comes via the bumble-bee yellow found at the lace guards and Wings-logoed ankle flaps – all amounting to an ever-trending “Raygun” look. Rounding out this upcoming pair, script “Air Jordan” text furnishes the insole – a detail that’s appeared on at least two other iterations of the mid-top silhouette this year. Grab a first look at the shoes here below and sit tight as more word on their official Nike.com release. 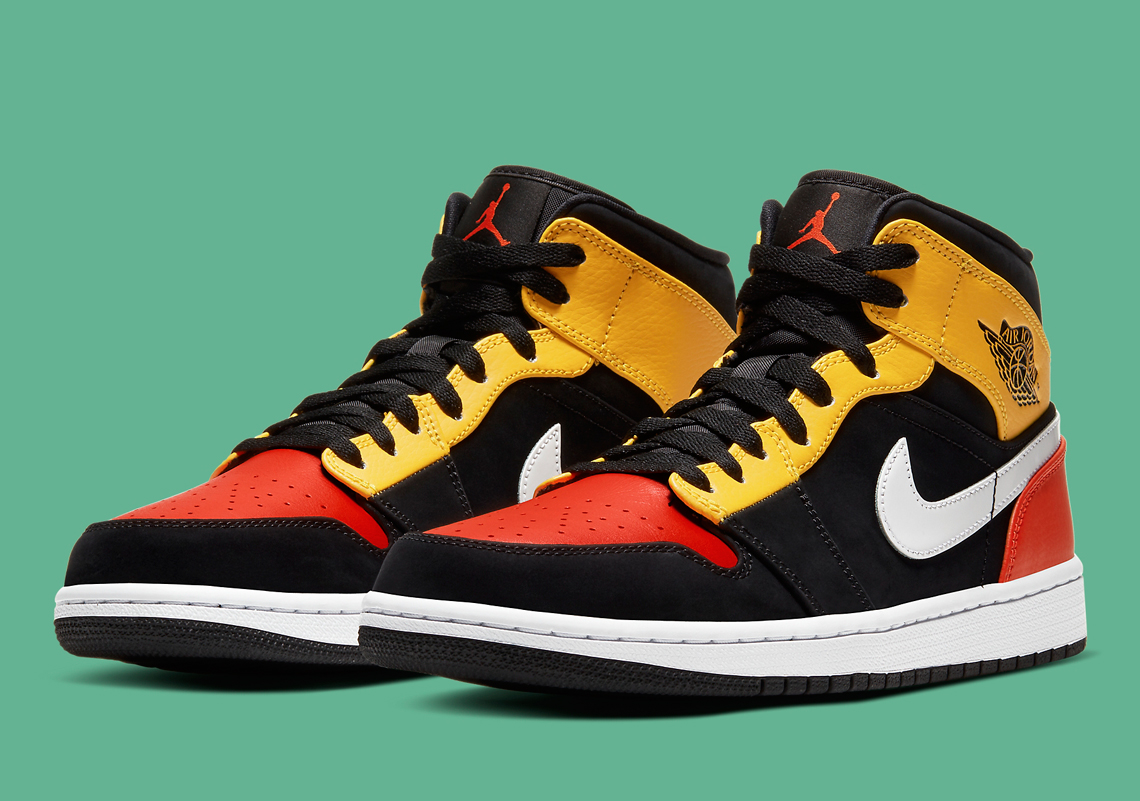 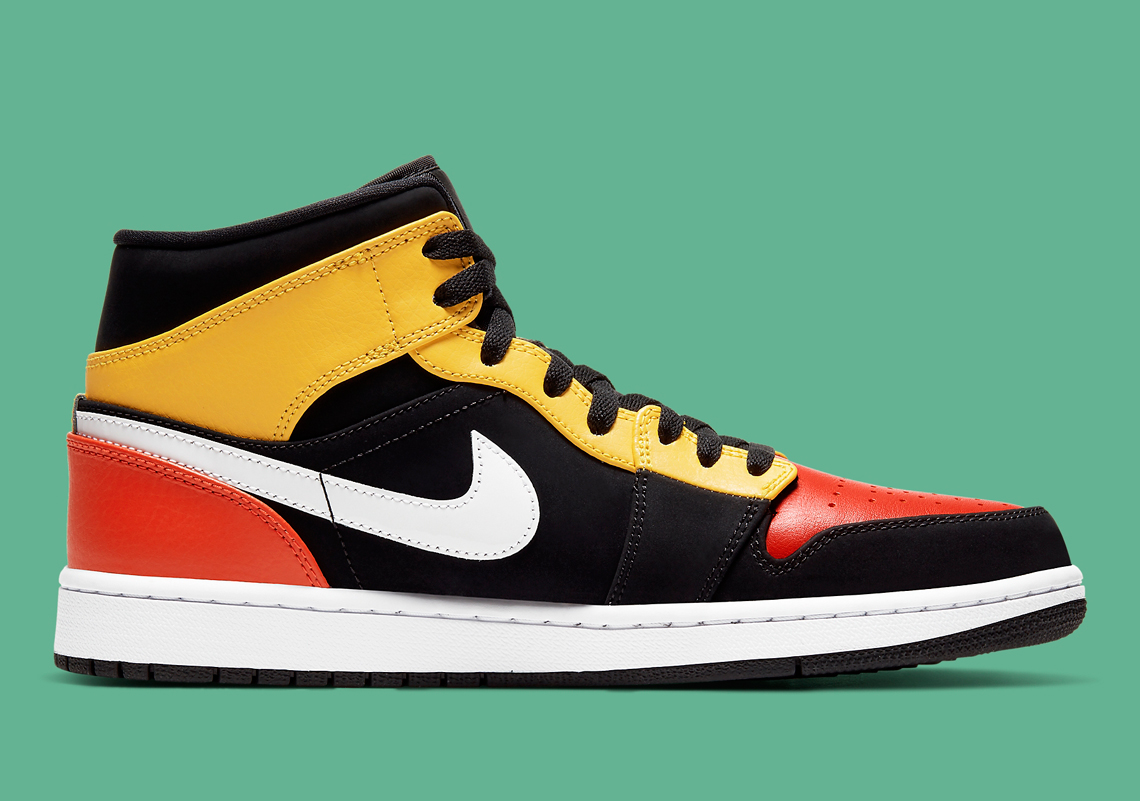 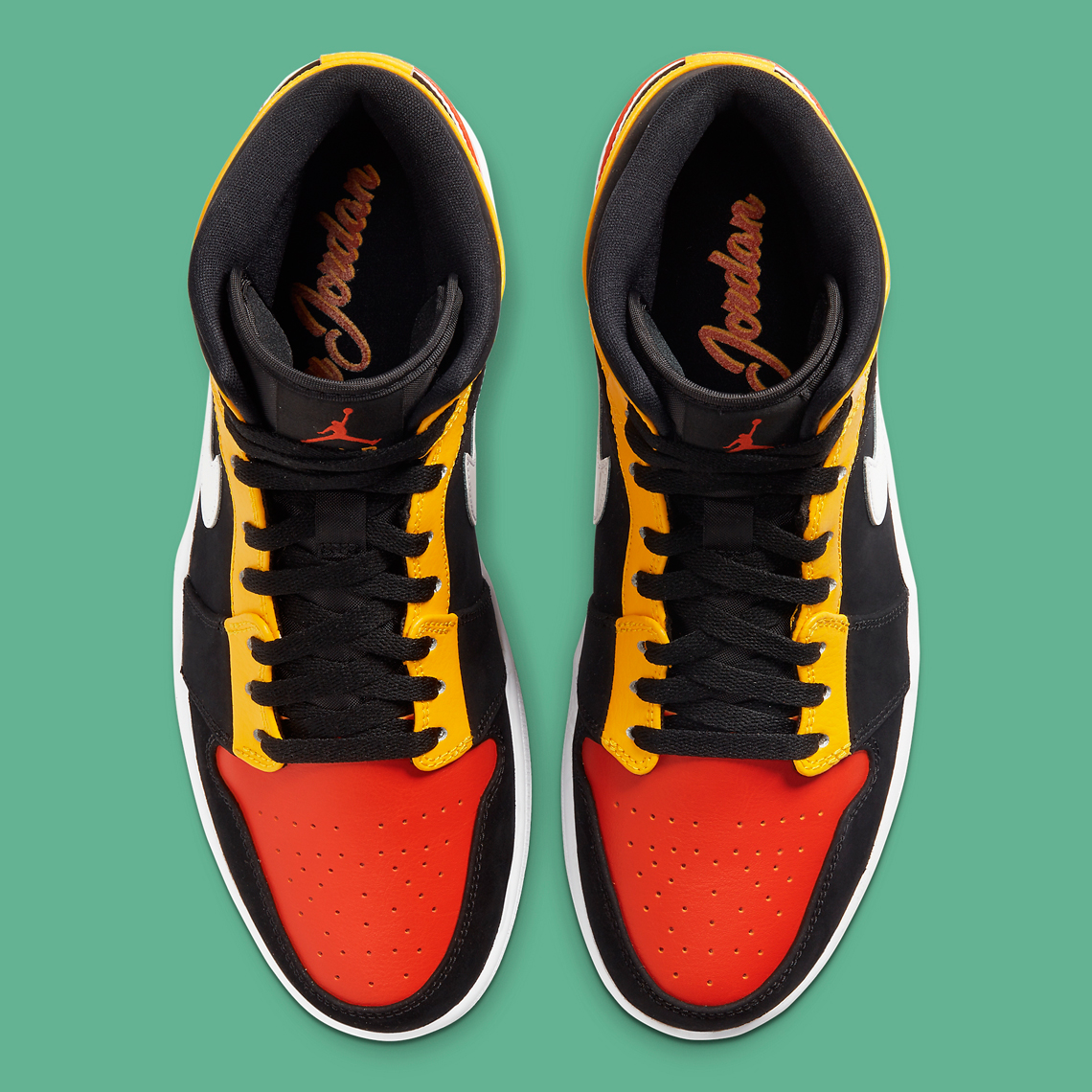 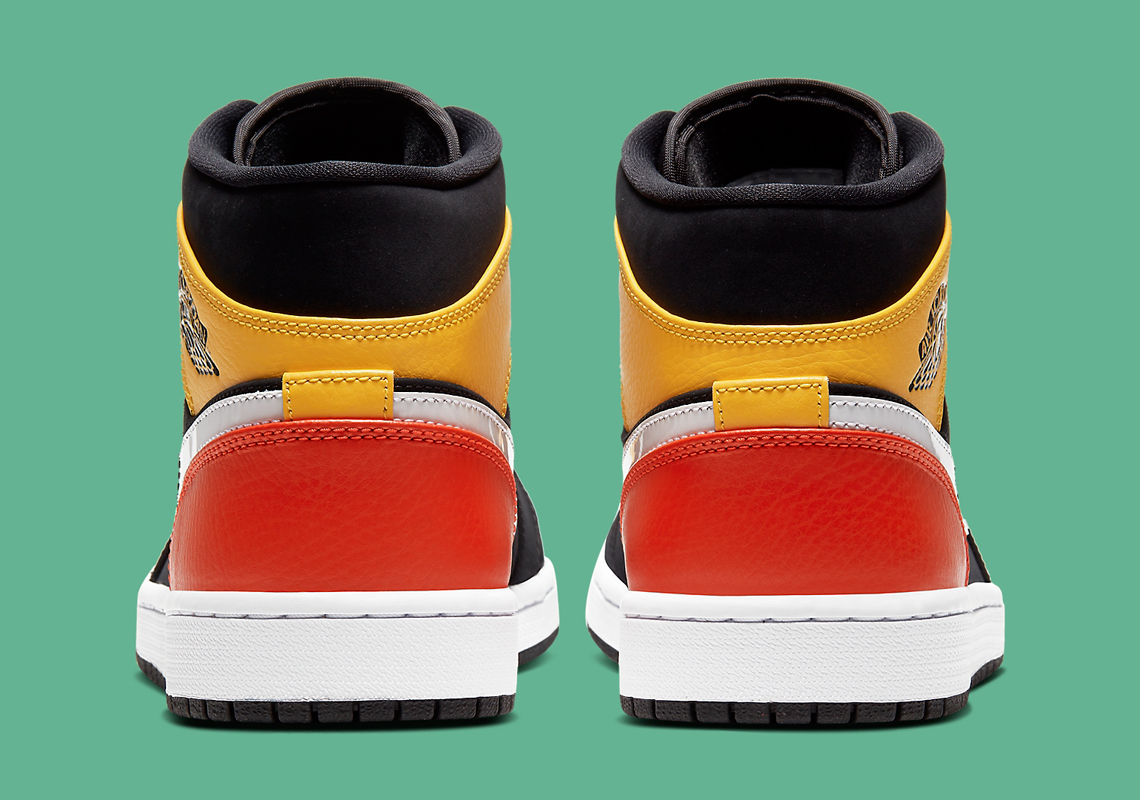 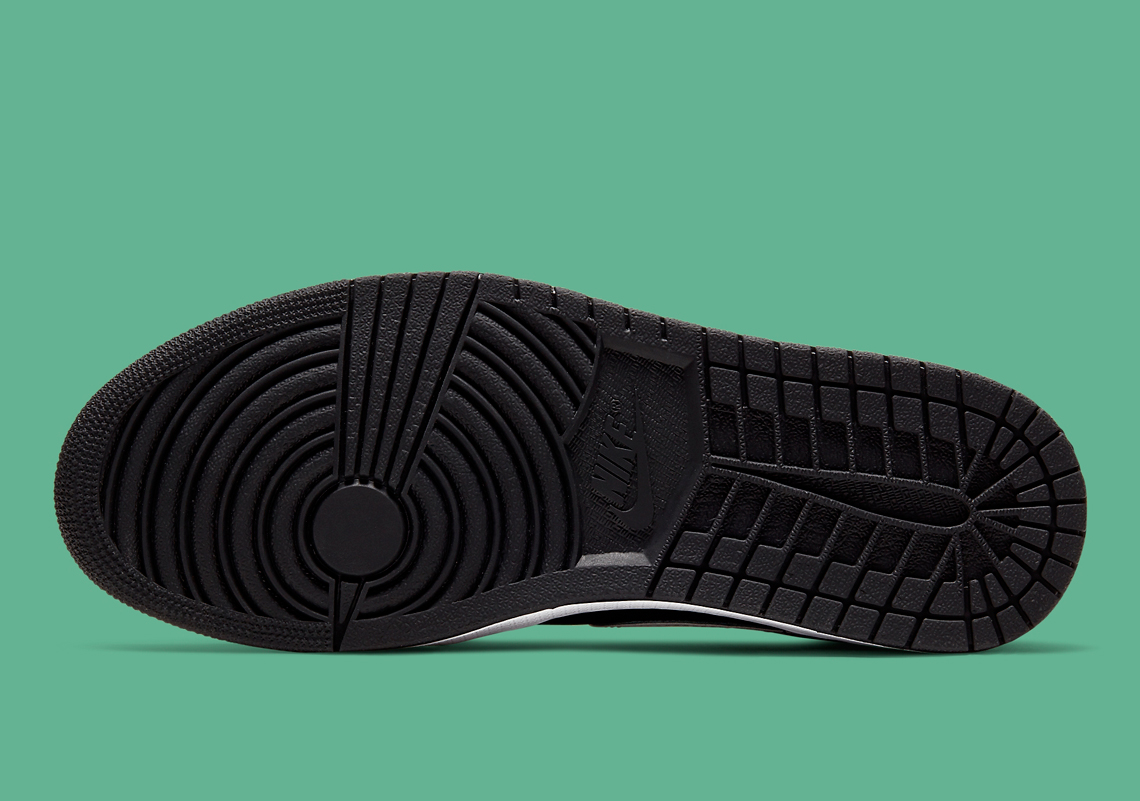