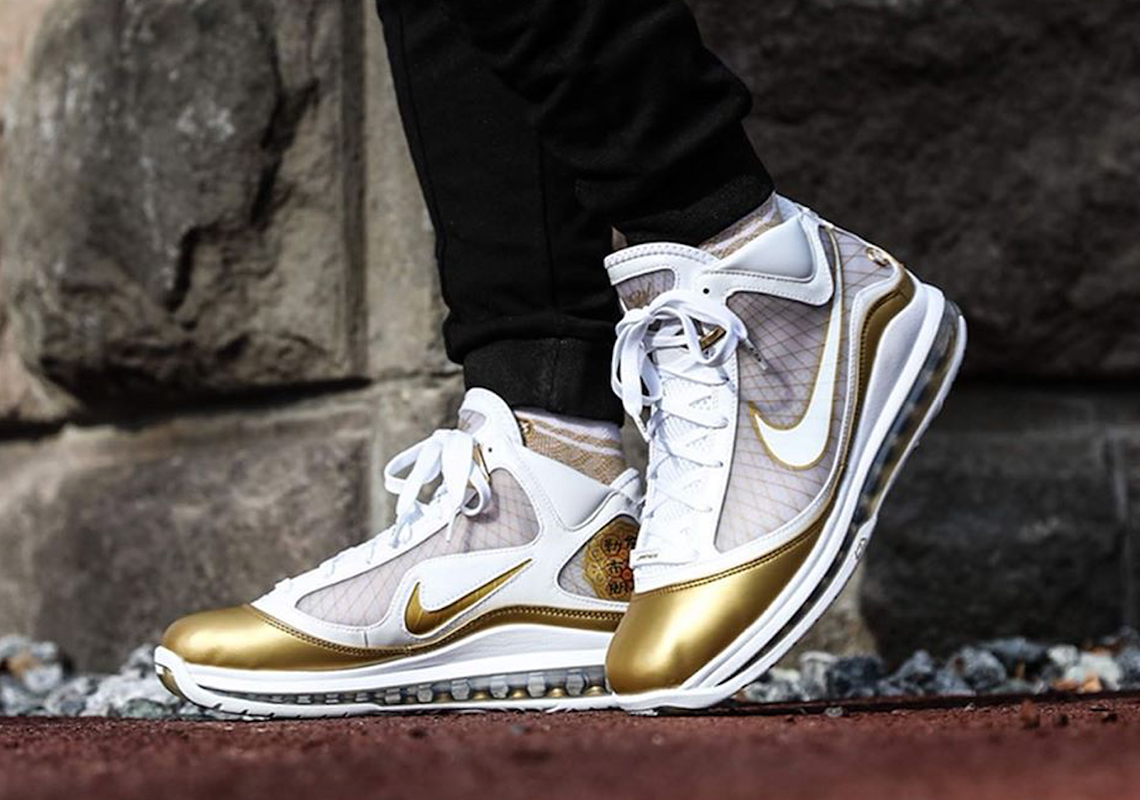 With the Red Carpet and Christmas under its belt, the Nike LeBron 7 Retro campaign is set to continue to yet another OG colorway – the “China Moon”. Although the tradition has now fizzled out, there was a period when Nike dropped a special colorway of a signature shoe exclusively in China, only to see it drop later in the States. That was the case for these white/gold 7s, which last hit retail (House of Hoops, to be exact) in October of 2009. These featured graphics of the Moon Festival on the medial window panel as well as Chinese characters on the insole, although this first quick teaser shot doesn’t confirm that those symbols will return. A release date hasn’t been confirmed, but it wouldn’t be a surprise to see these fall in line with what Nike Basketball may have planned for the upcoming Chinese New Year 2020 celebrations, so stay tuned for confirmed release dates. 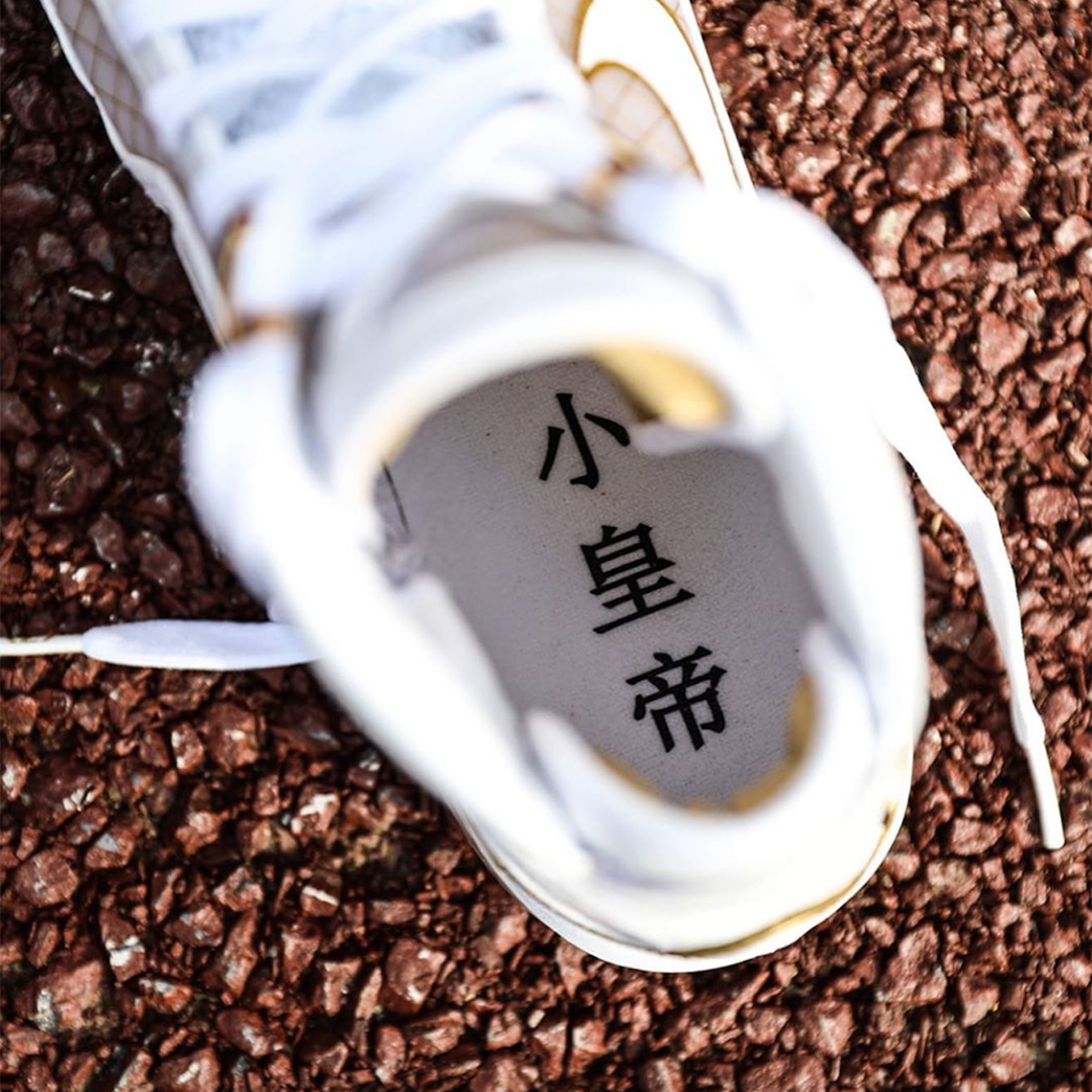 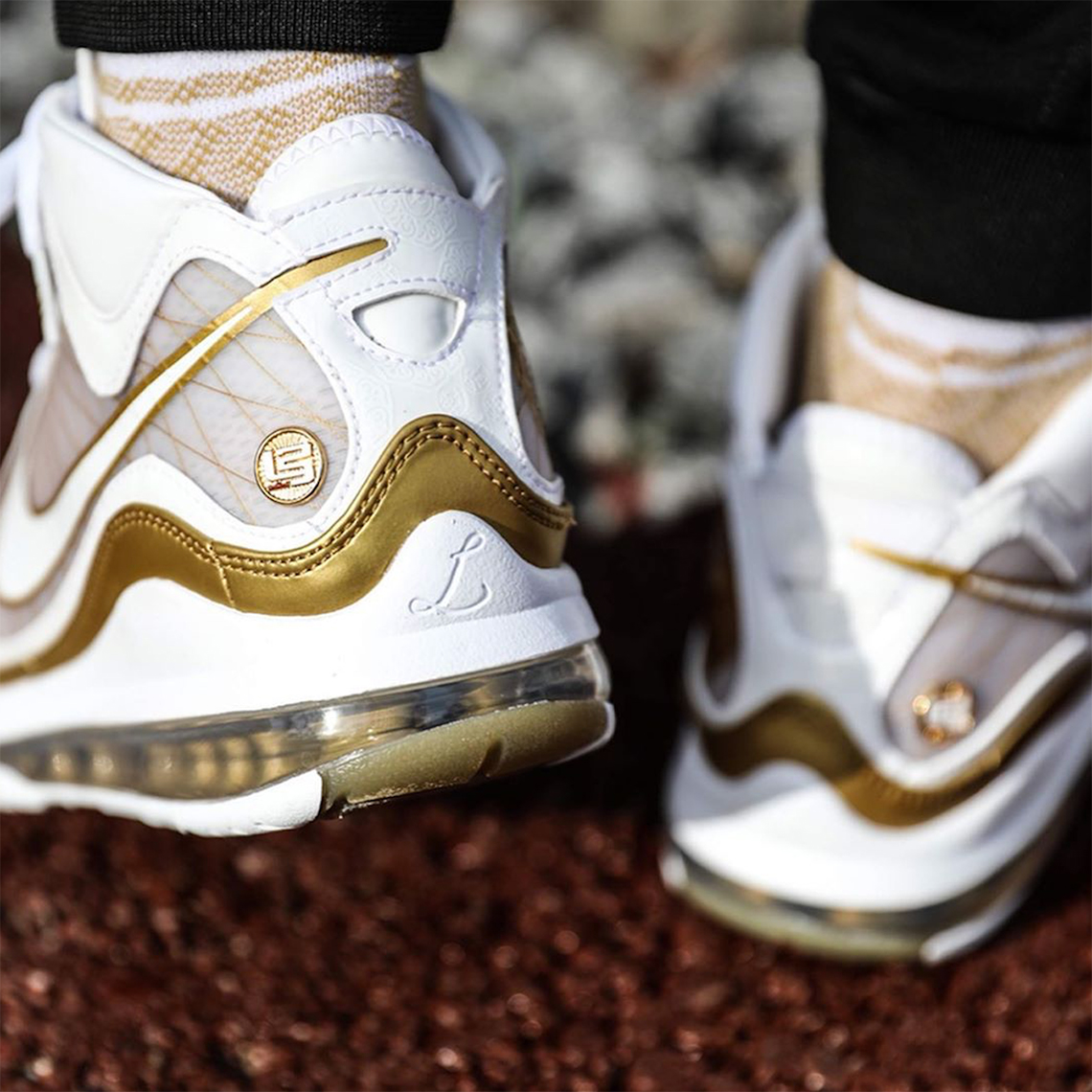 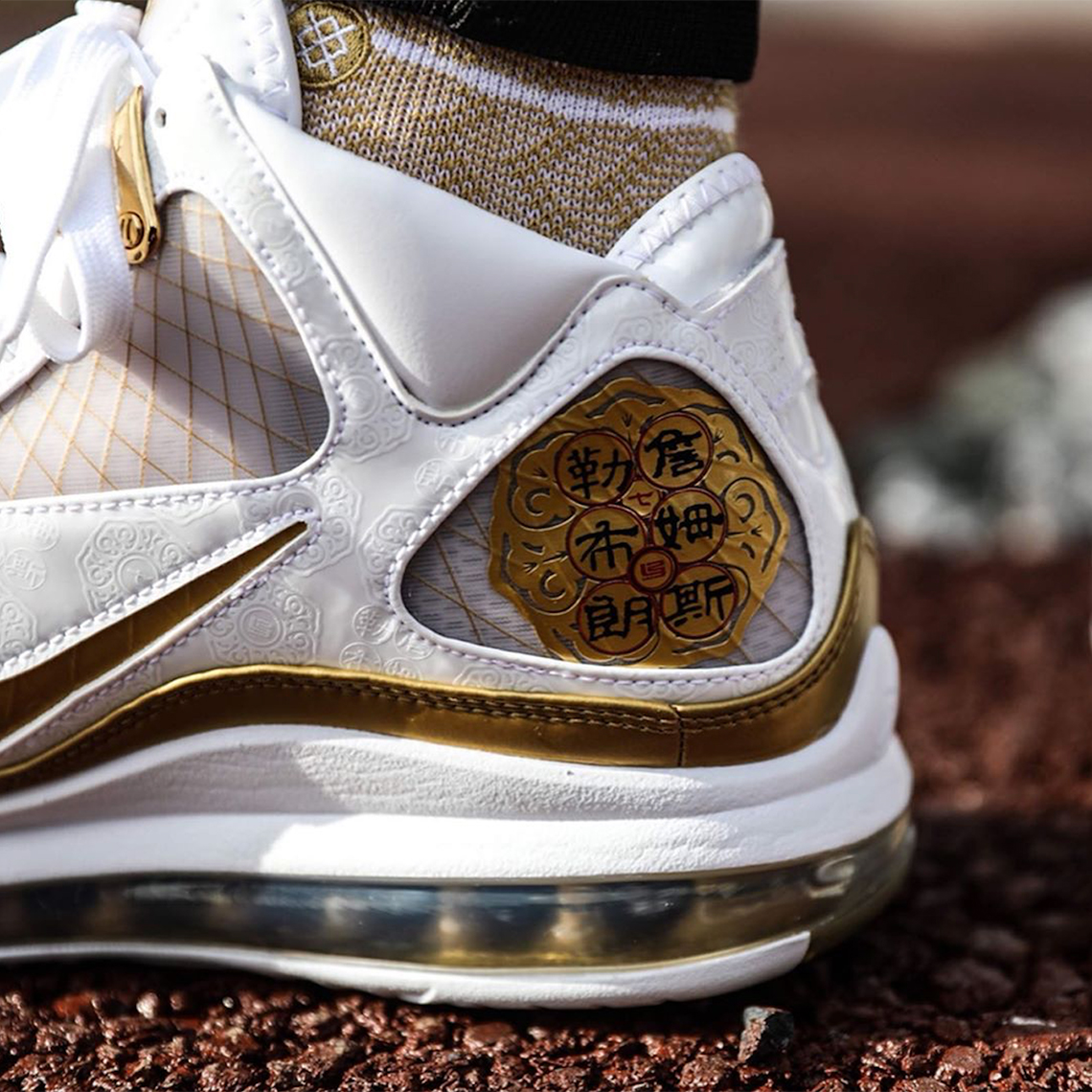