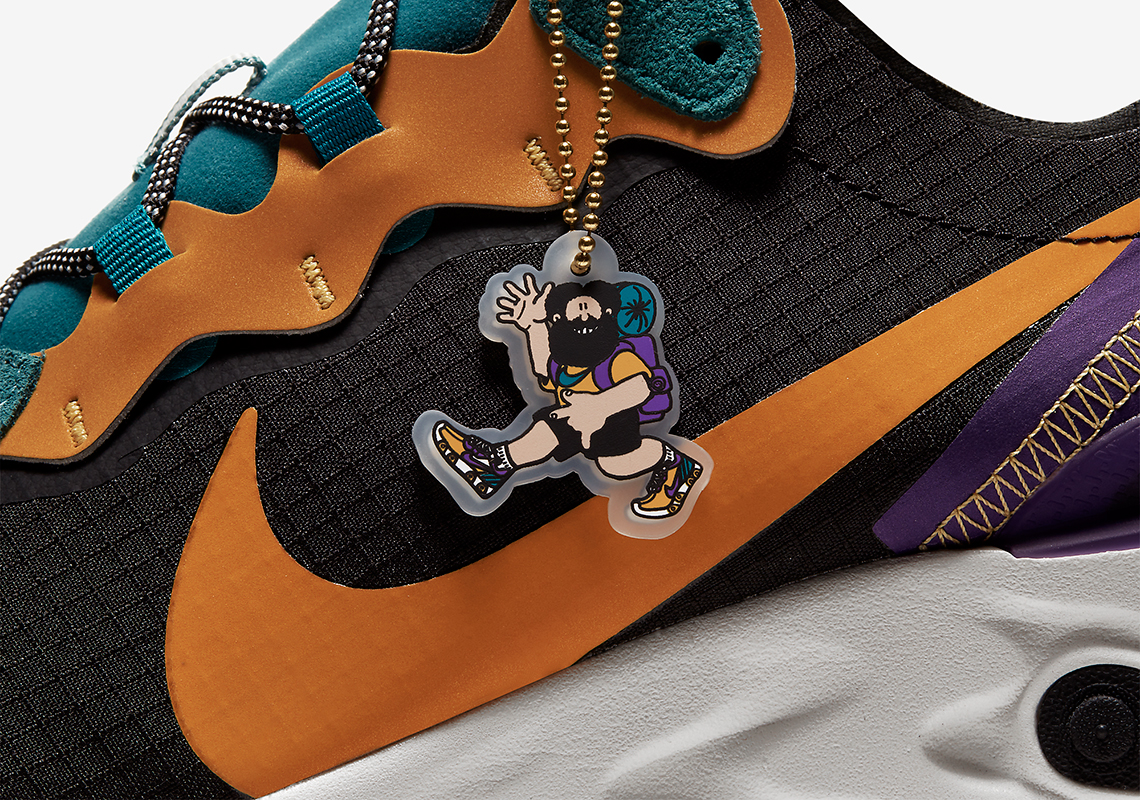 As we arrive closer and closer to 2020, React Element 55 releases progressively become more few and far between, and with a little bit of breathing room, the silhouette has effectively come into its own apart from the lauded 87, pushing textiles, collaborations, and standout graphics in a fashion its predecessor would be hard-pressed to achieve. Among its set of future colorways — likely planned for soon after the start of the new year — lands a heartfelt ACG inspiration, taking the hiking-influenced tonality and pairing with it an upper of subtly reflective accents. Swooshes and eye stays dye in a sultry brown shade, tongues a darkened blue, and taping the line-up’s somewhat signature purple shade, making up a palette that is shared by the caveman hang tab who playfully waves with smiled expression and a pair of his own 55s in tow. Elsewhere, the construction is straightforward, taking up black synthetics with ripstop patterning along the base, tacking on a white React sole with extremely under-exposed rivets, and then adding an ambiguous all-over graphic just along the insole. If you’re interested in grabbing a set, then they’re soon to come likely at Nike.com within the next few months. 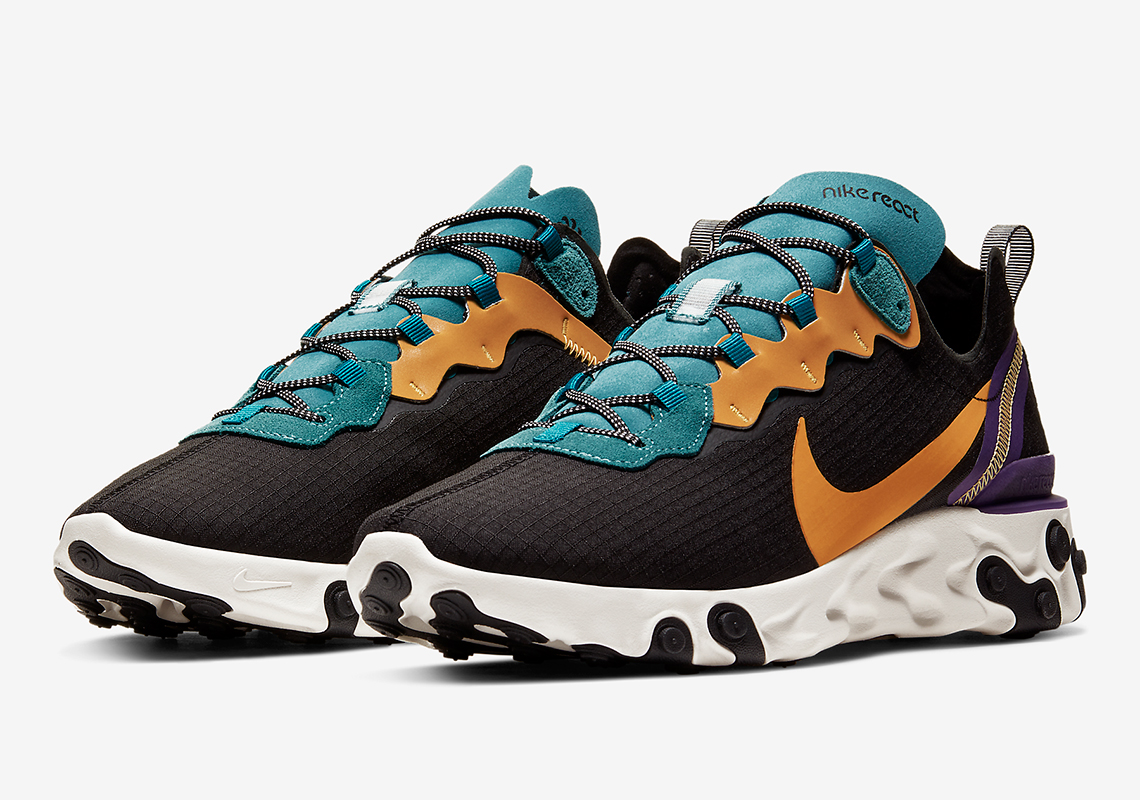 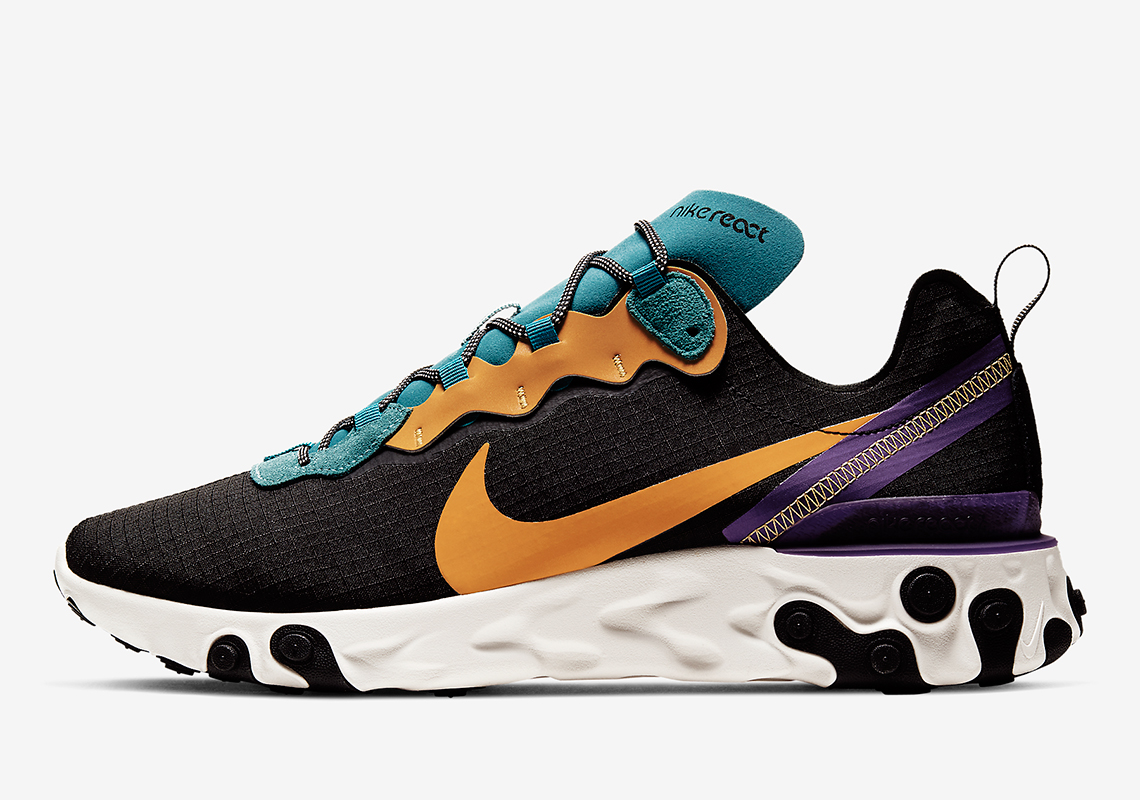 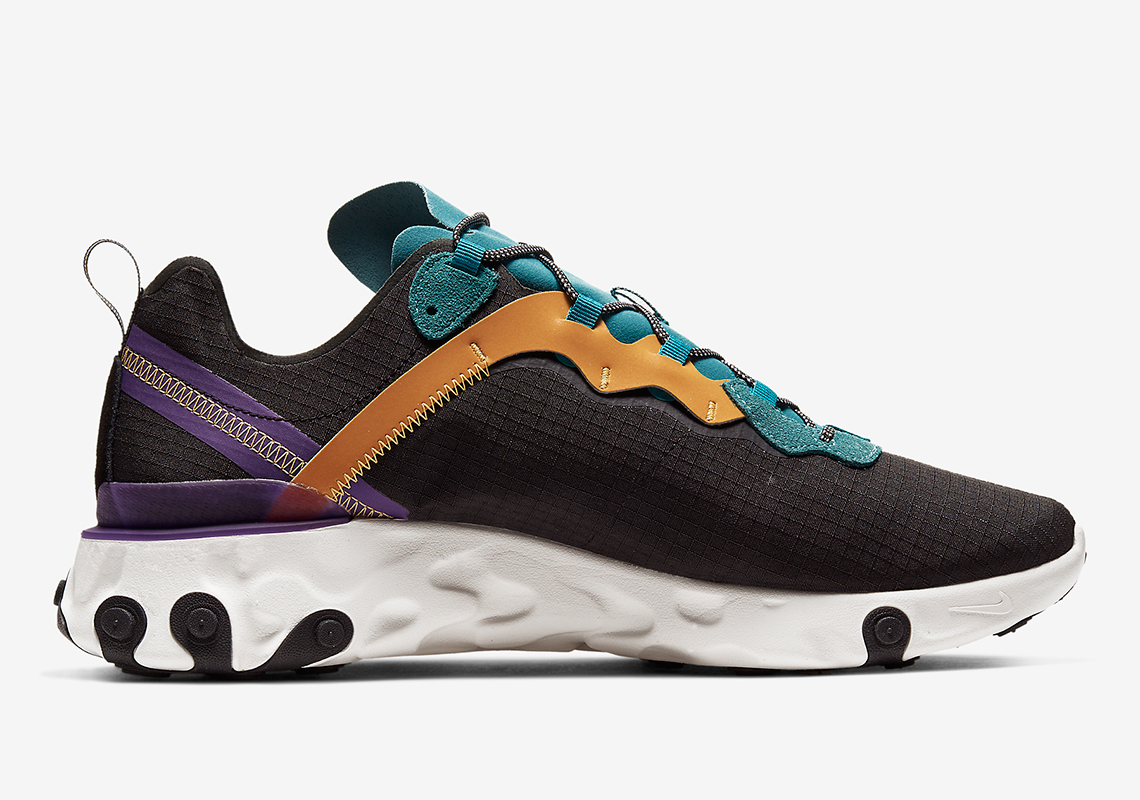 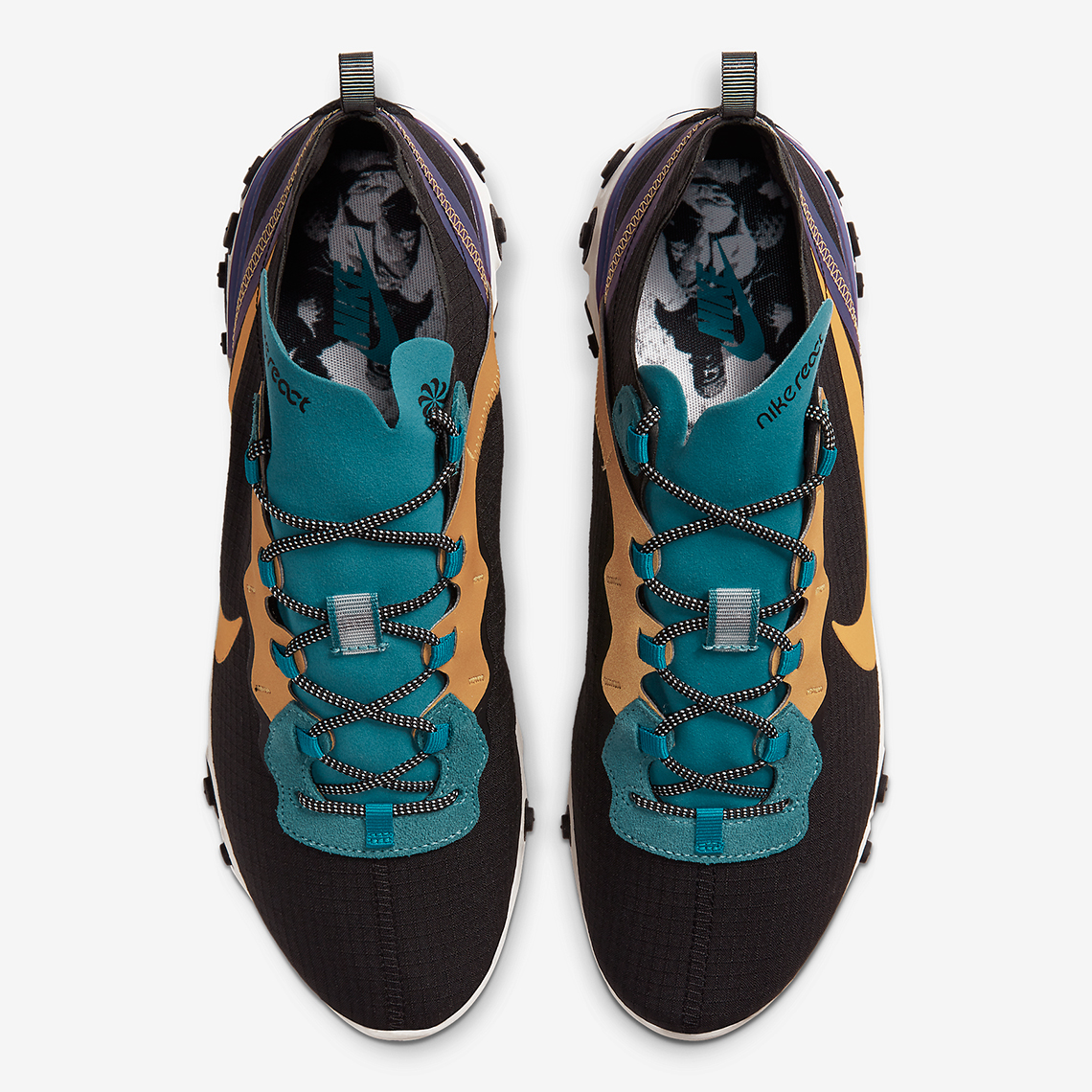 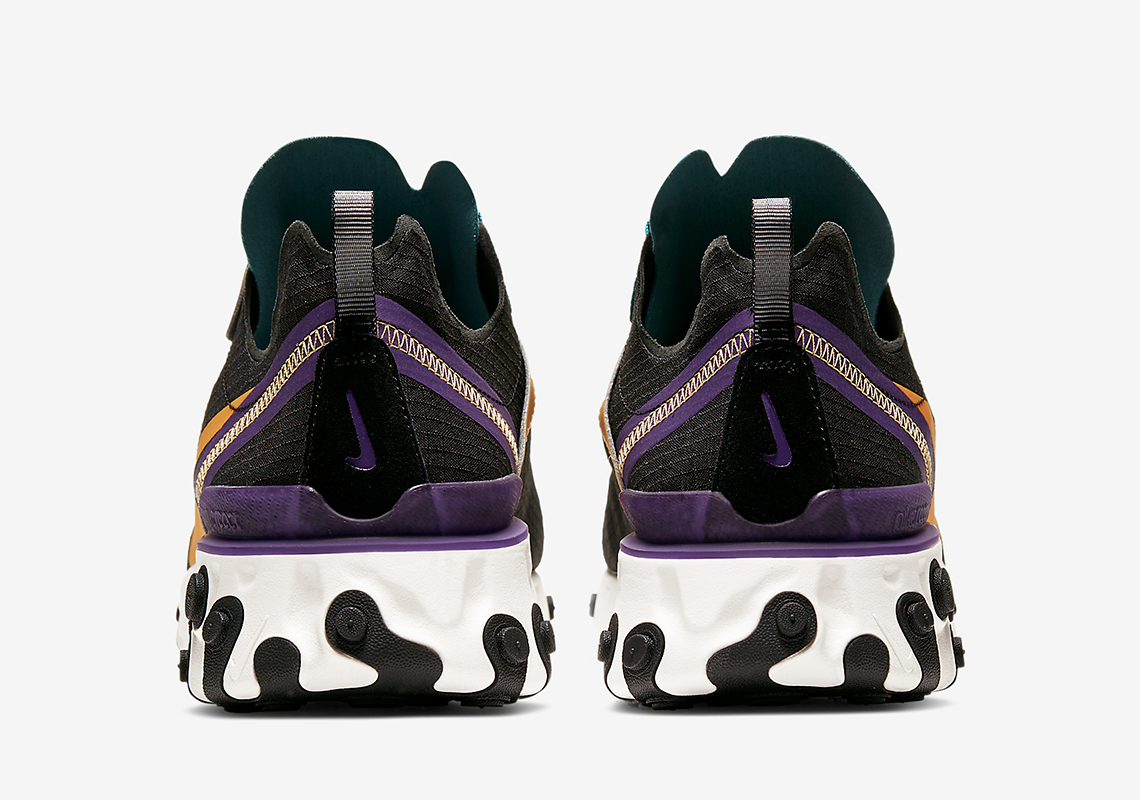 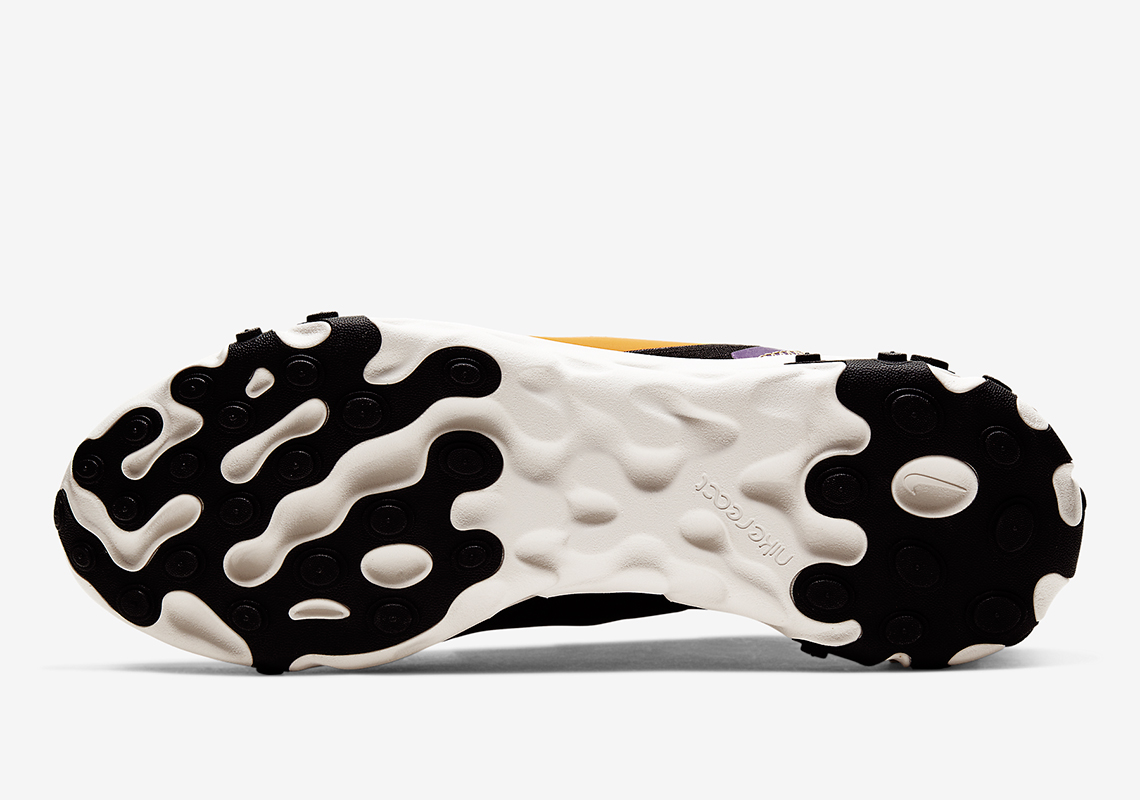 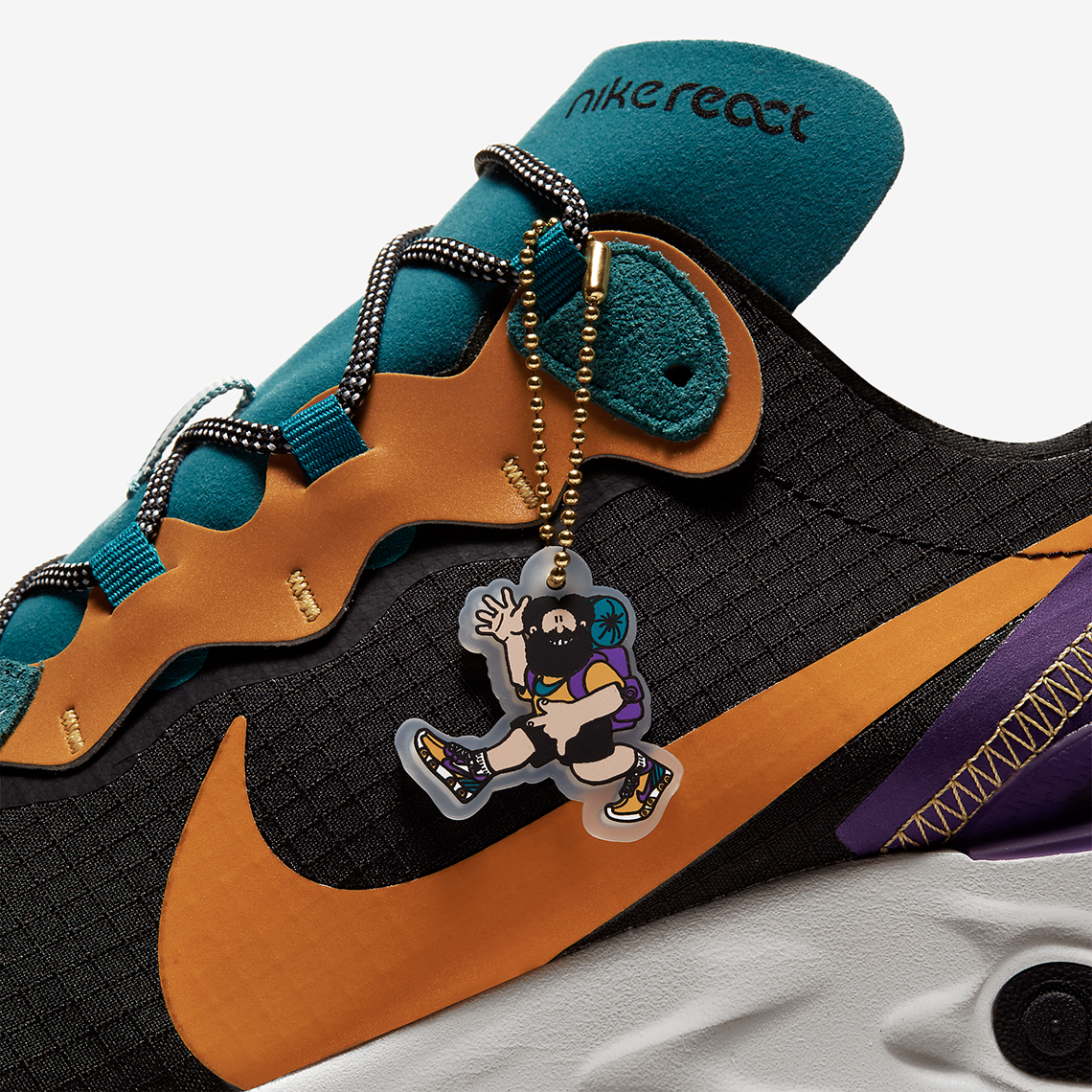