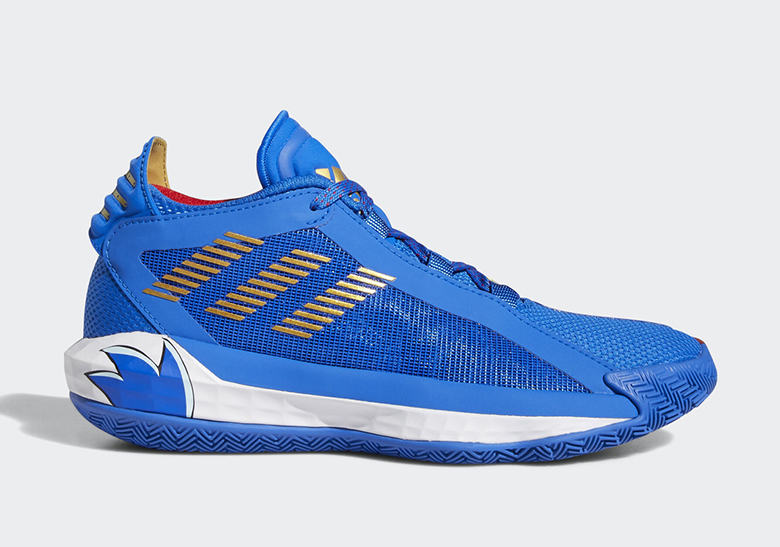 Despite a tough loss against the New Orleans Pelicans last night which analysts in part accredit to his historically poor perimeter shooting, Damian Lillard is still winning when it comes to his signature sneaker line with adidas as the two are scheduled to bring another Sonic the Hedgehog-inspired outfit to the Dame 6. Having first been referenced on the Dame 4 “Chasing Rings,” the fast muse makes a much louder statement on this upcoming iteration given that its recognizable blue takes over more than half of the textile/mesh upper, not just a small graphic on the midsole. The medial side of the shoe dons a red color across the visible herringbone outsole, as well as upper panels, and is contrasted by yellow at the webbing securing the laces. The scarlet hue complements the blue found on lateral side nicely, but the red graphic on the medial side heel suggests that these color choices are likely meant to represent Knuckles the Echidna – Sonic’s friendly rival. Could this be Lillard’s way of alluding to his own on-court kit: fast like Sonic, but also able to use brute force like Knuckles? Maybe.

Grab a closer look at this upcoming adidas Dame 6 here below and anticipate them hitting adidas.com as we inch closer to February’s NBA All-Star Weekend. 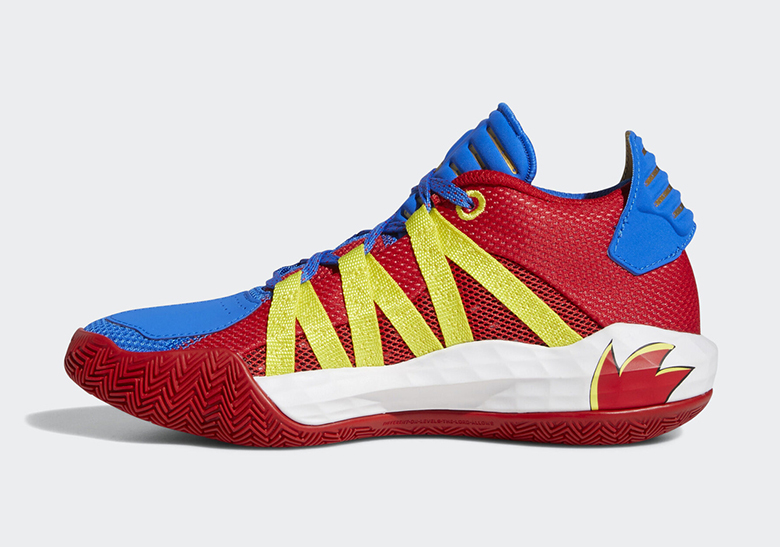 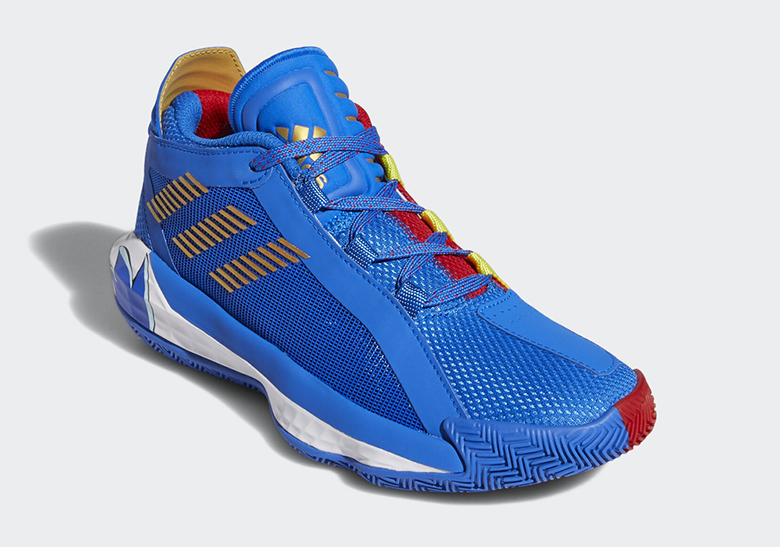 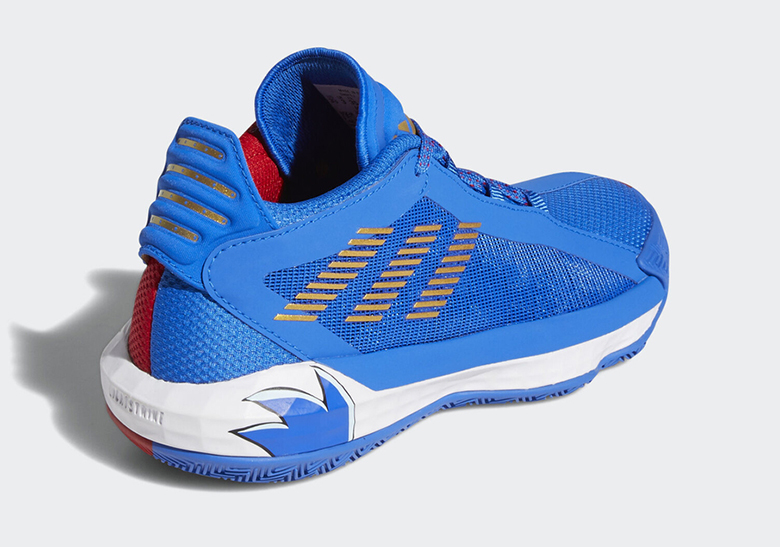 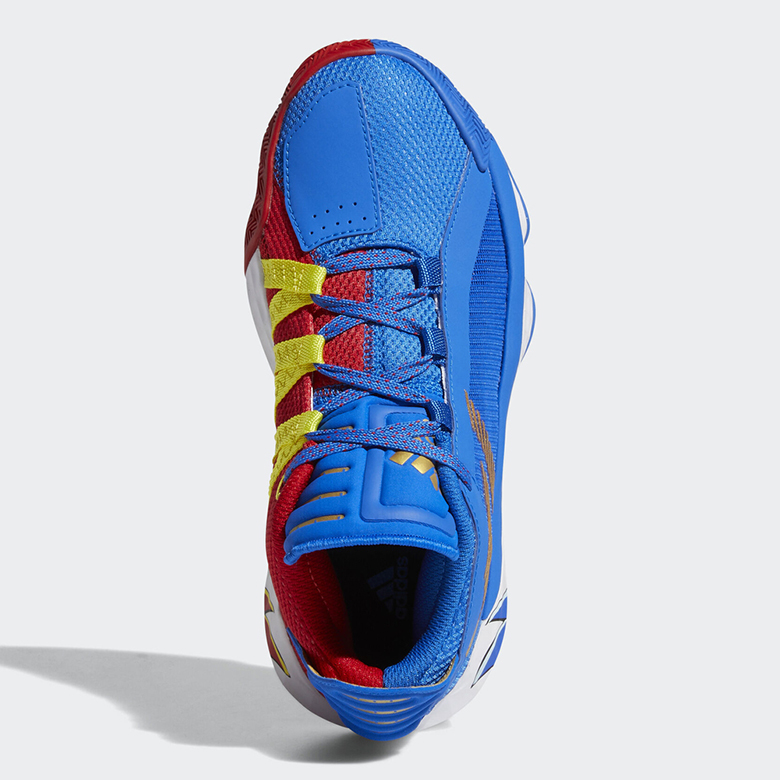 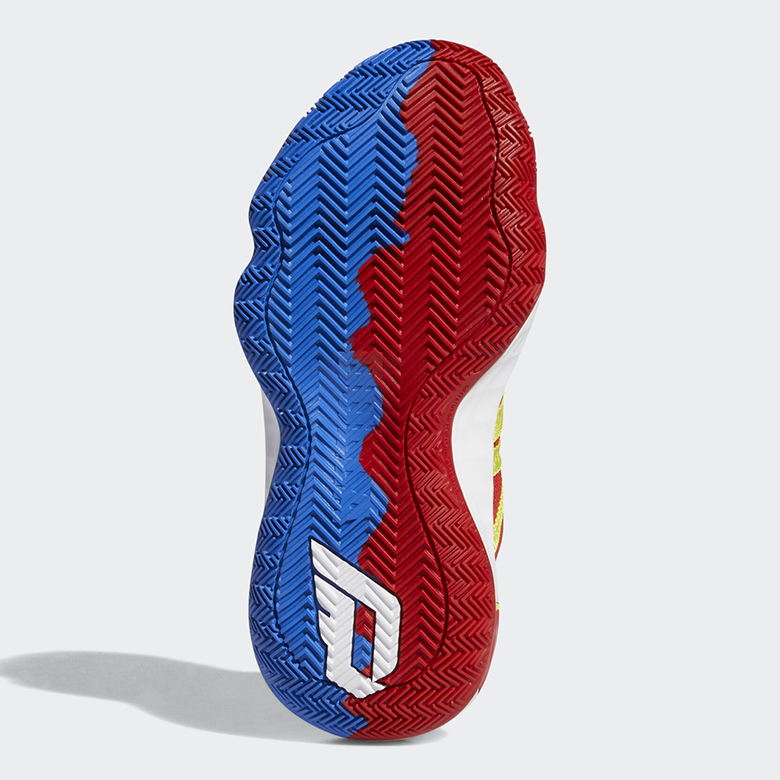