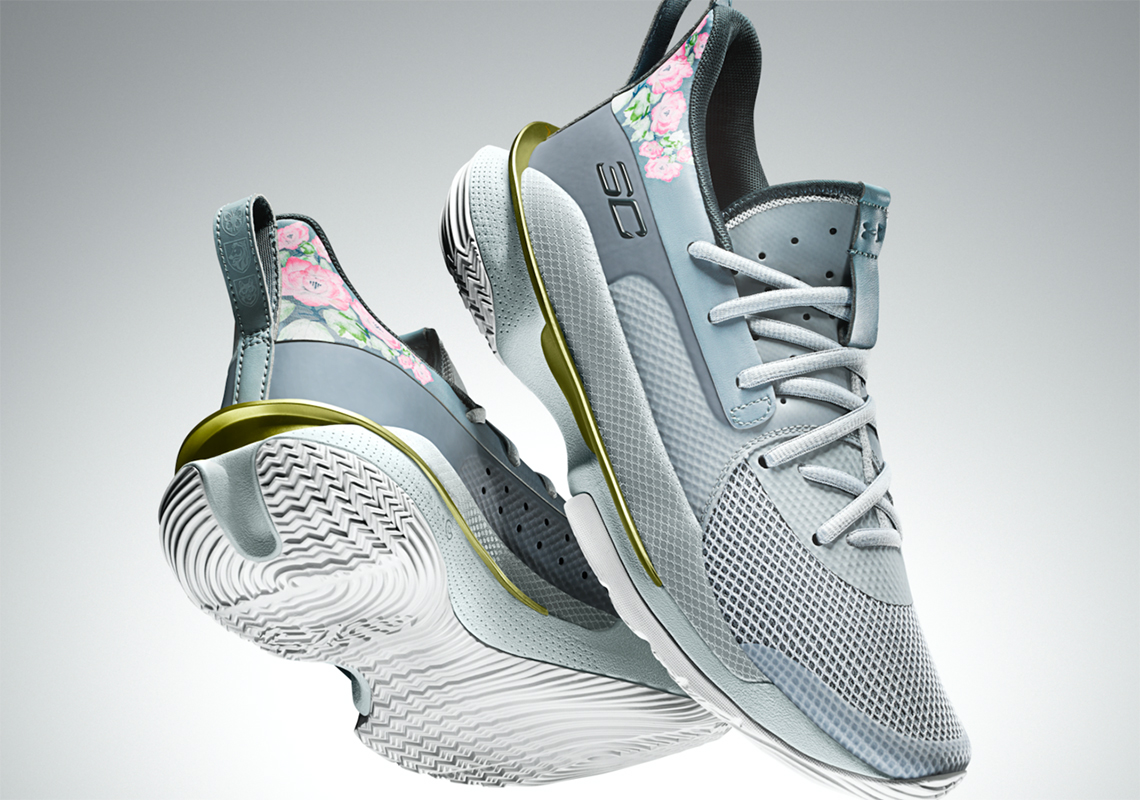 Many aspects of Stephen Curry’s career are currently centered around this idea of “New Beginnings”. This NBA season has moved the All-Star sharpshooter into a new city with a new arena as he’s teamed up with new teammates (who surprisingly took care of business during their Christmas Day showdown with the Rockets). On top of that, he’s headed into a new year with a new set of challenges as he works to recover from his hand injury to eventually bring the Warriors back to a worthy championship-caliber contender. So the overarching ethos of his next Curry 7 makeover adopts this mentality of starting anew and utilizes elements of Chinese New Year to communicate its message. Directly inspired by guóhuà aka Chinese painting, this latest offering paints its heel areas with a mosaic of floral peony blooms that are symbolic of wealth and good fortune both on and off the floor. Moreover, the customary midsole plate is doused in an almost chartreuse-like hue to throw in an extra dose of colored flair against its mostly grey backdrop. For those looking to add these to their basketball rotation, they will be releasing on January 10th at the below retailers for $140 USD.

Where to Buy (Mens) 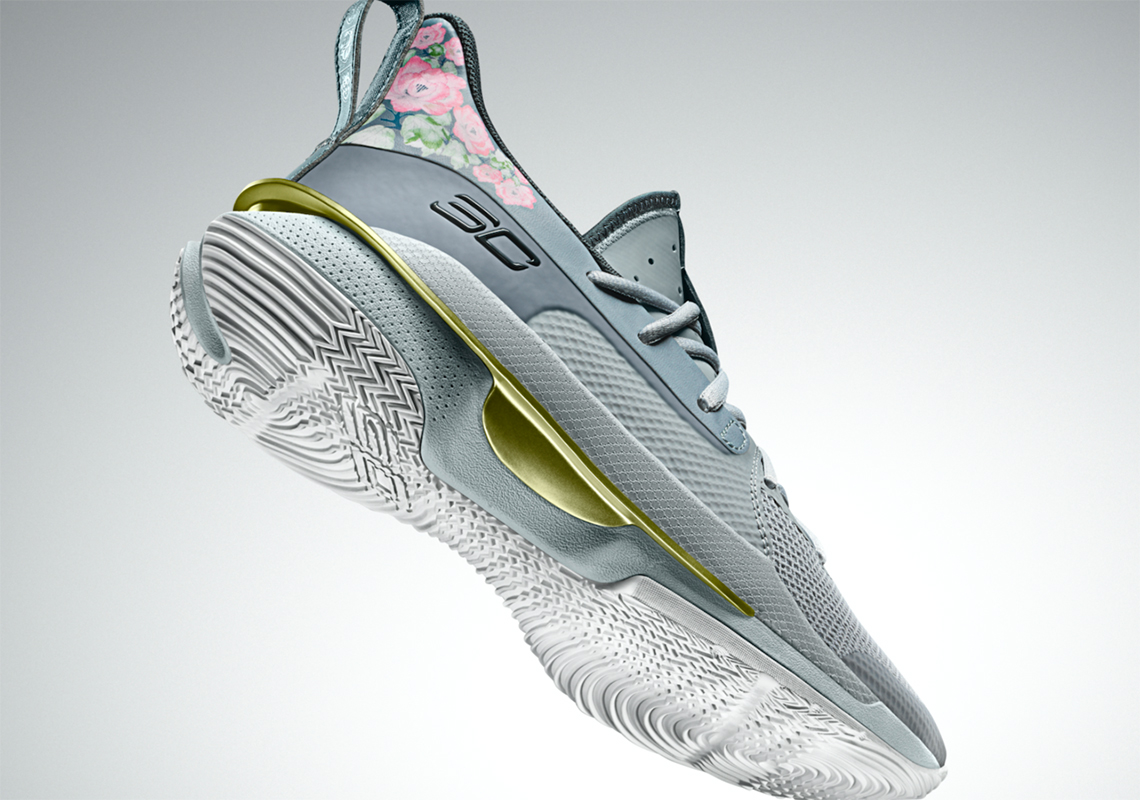 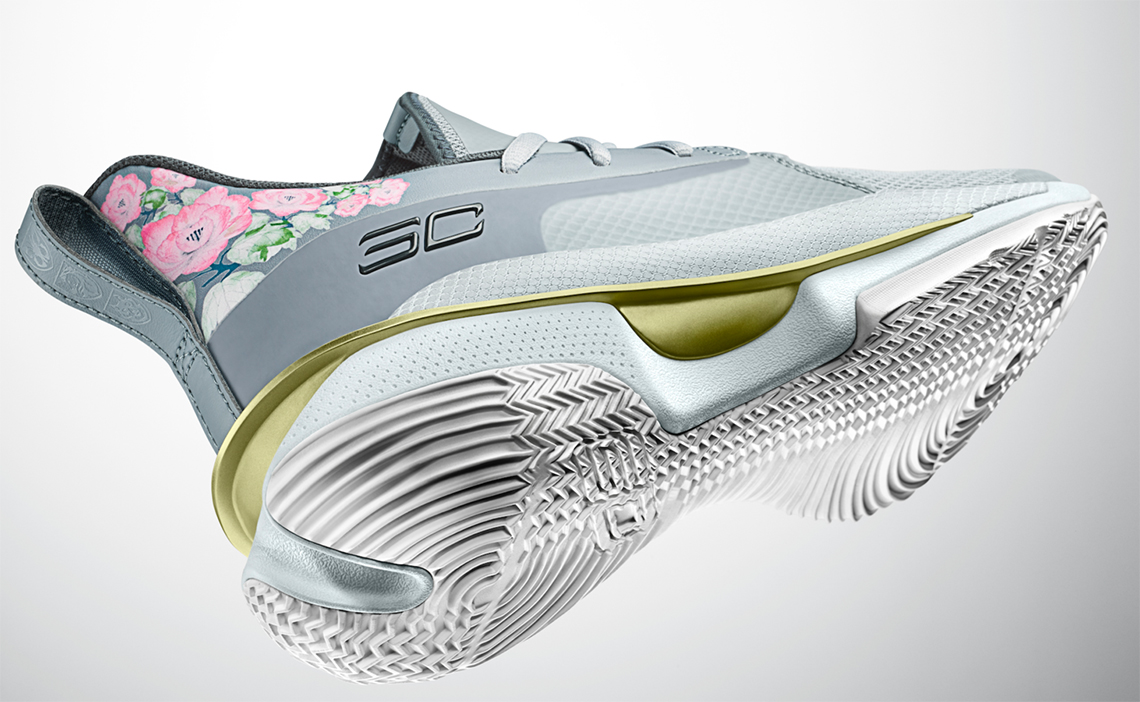 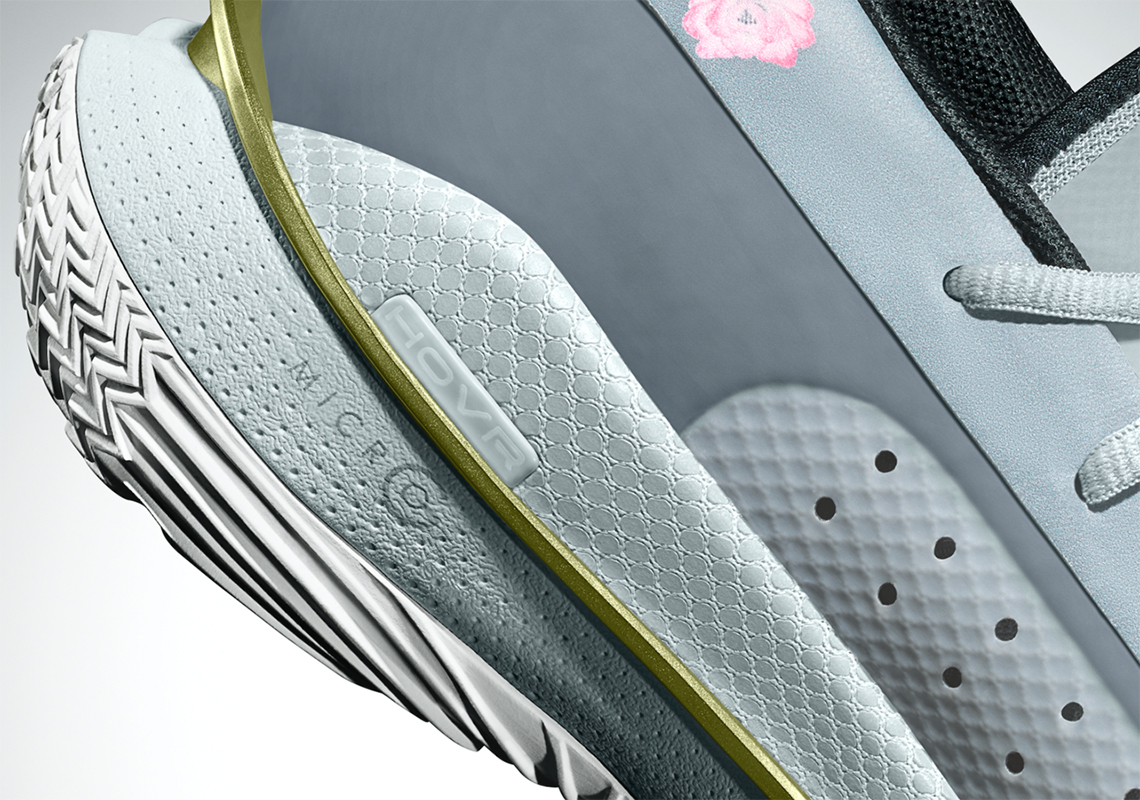 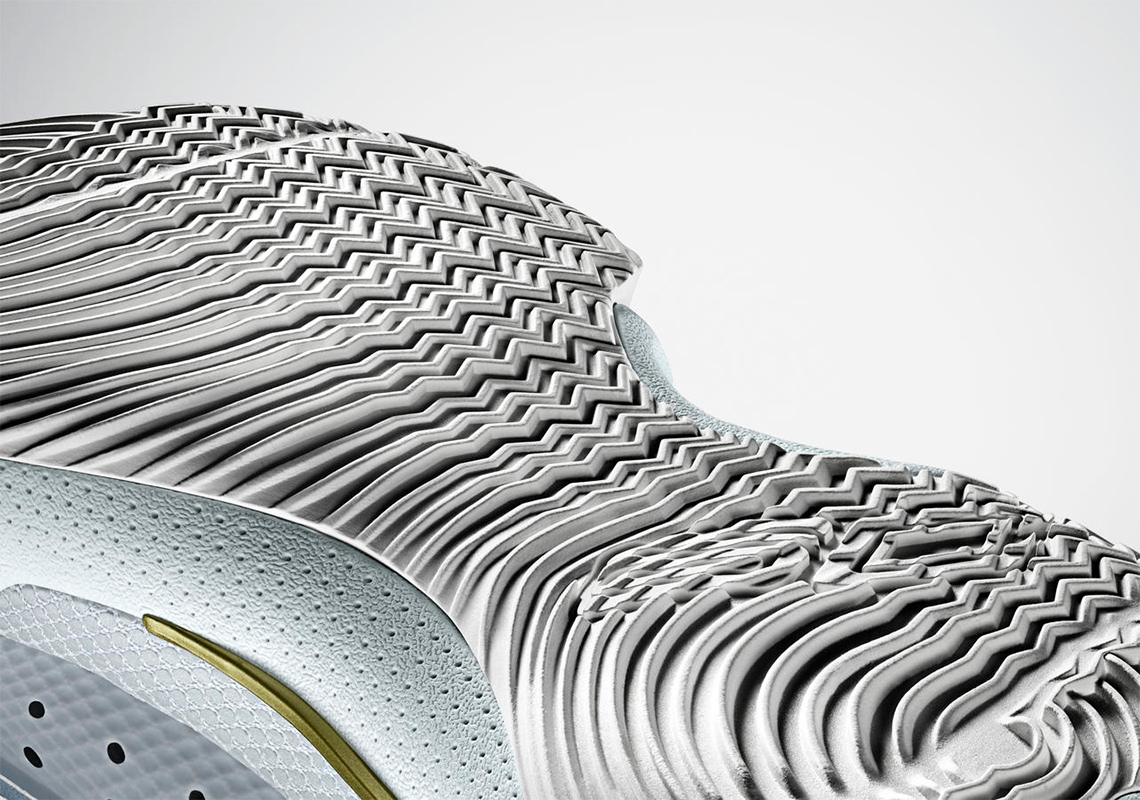 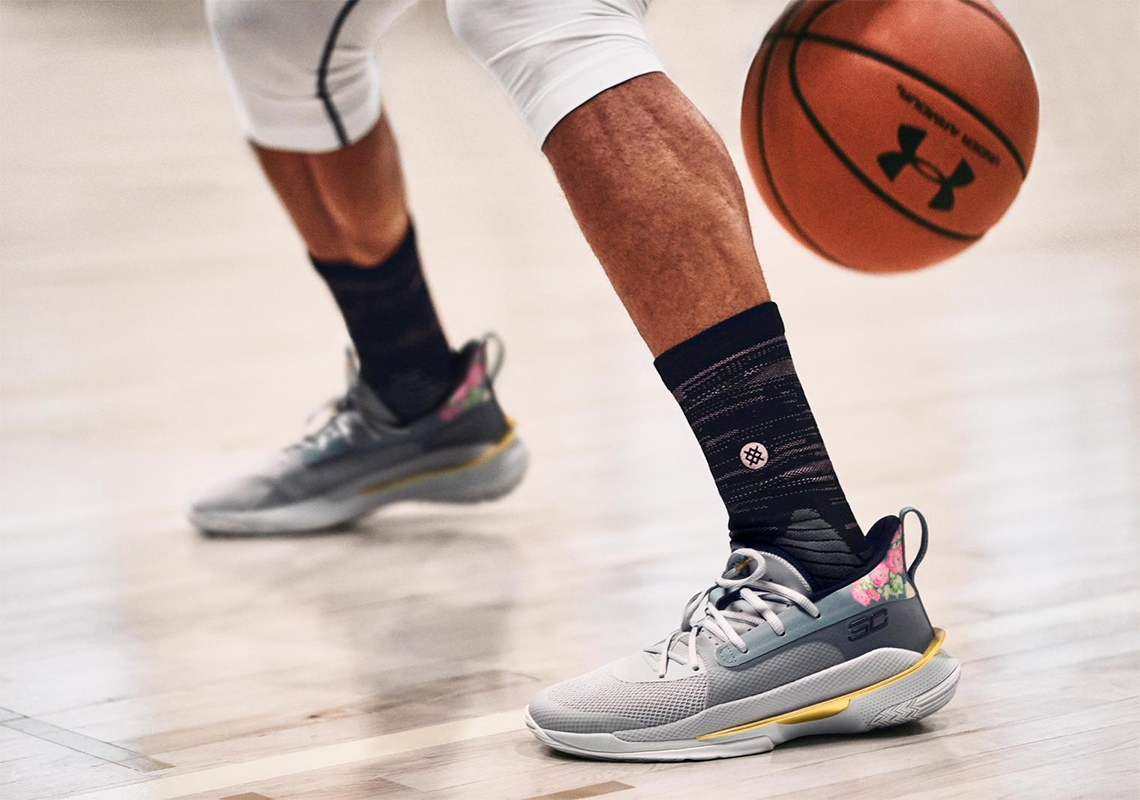