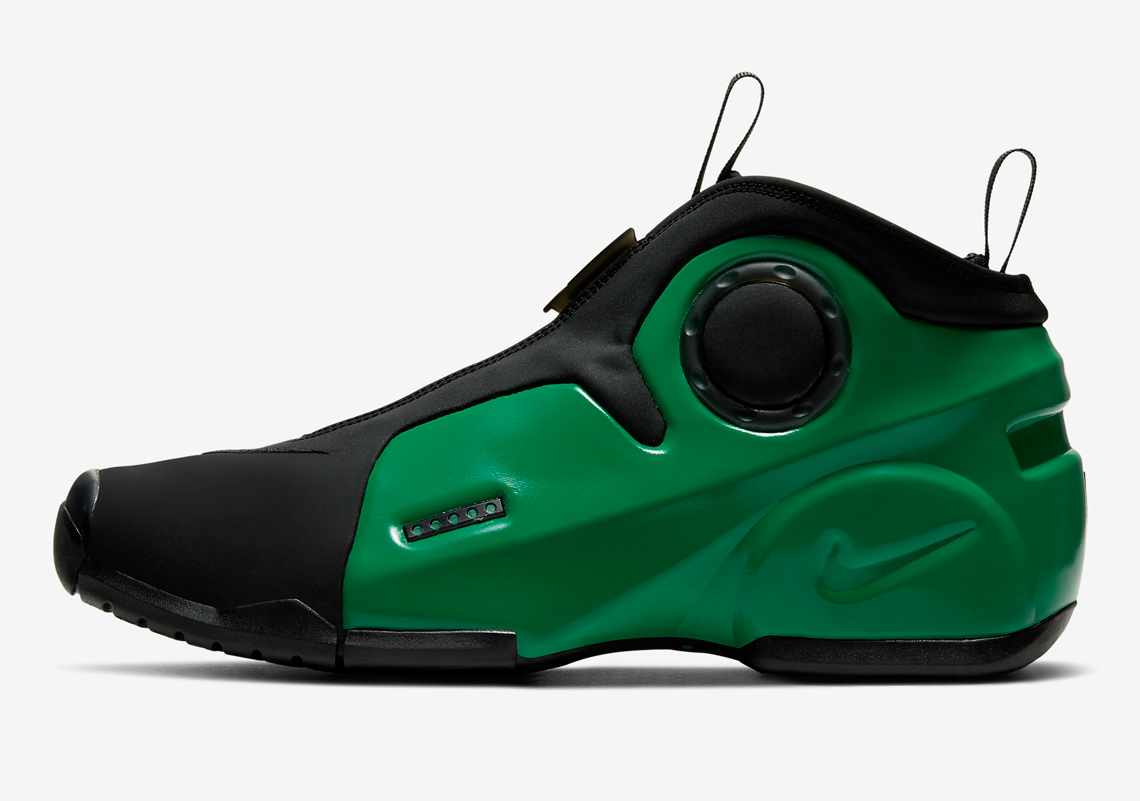 Having once been the go-to sneaker for players like Kevin Garnett, the Nike Air Flightposite 2 has received a rather scarce retro cycle over the past decade. Since its debut in the early 2000s, the Foamposite-based basketball sneaker has sat on the sidelines as Beaverton’s signature lines for LeBron James, Kyrie Irving, and Kevin Durant have taken over hardwoods everywhere, but it’s back in a black and green colorway matching the jersey KG’s former team perfectly. Just like much of shoe’s branding and outsole, the model’s signature neoprene zippered-shroud is completely taken over by a tonal black similar to the “Eggplant” iteration from earlier this season. The only contrasting detail on this Zoom Air-cushioned sneaker is the clover green that animates the foam-based construction from midfoot to heel. Despite not being an OG colorway, this Boston Celtics palette pairs perfectly with a silhouette that was birthed during the NBA’s (arguably) golden era. 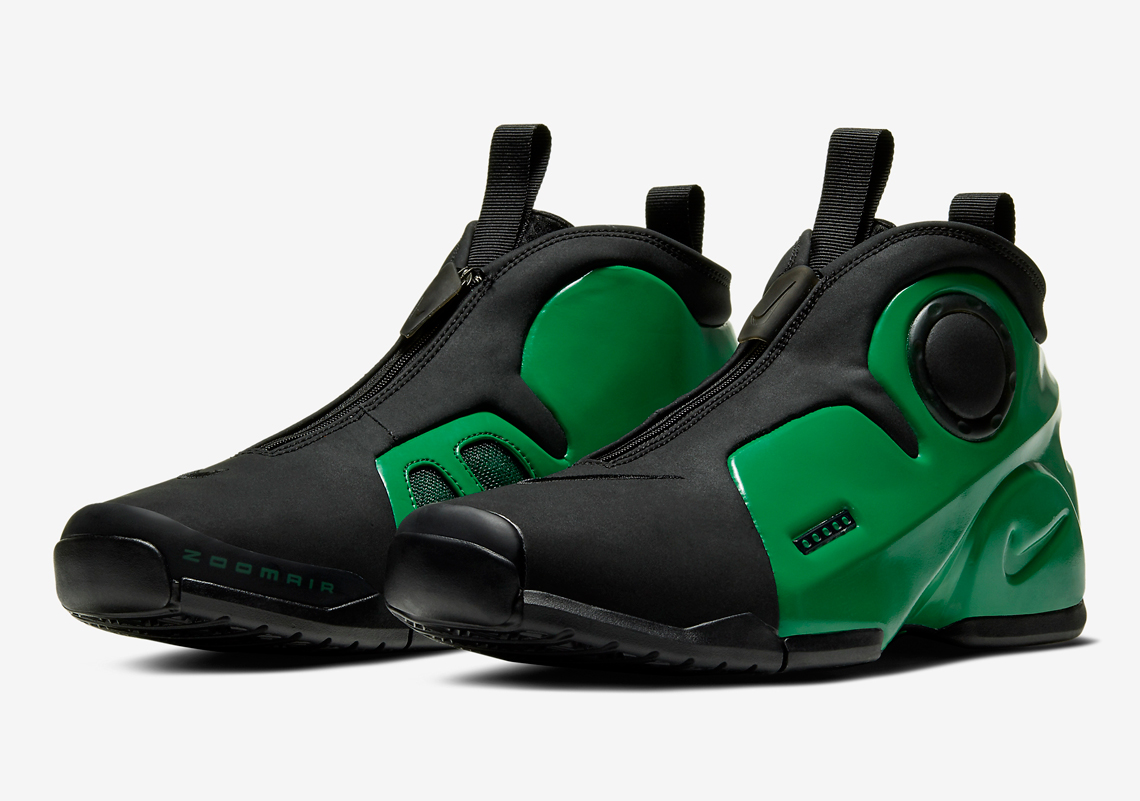 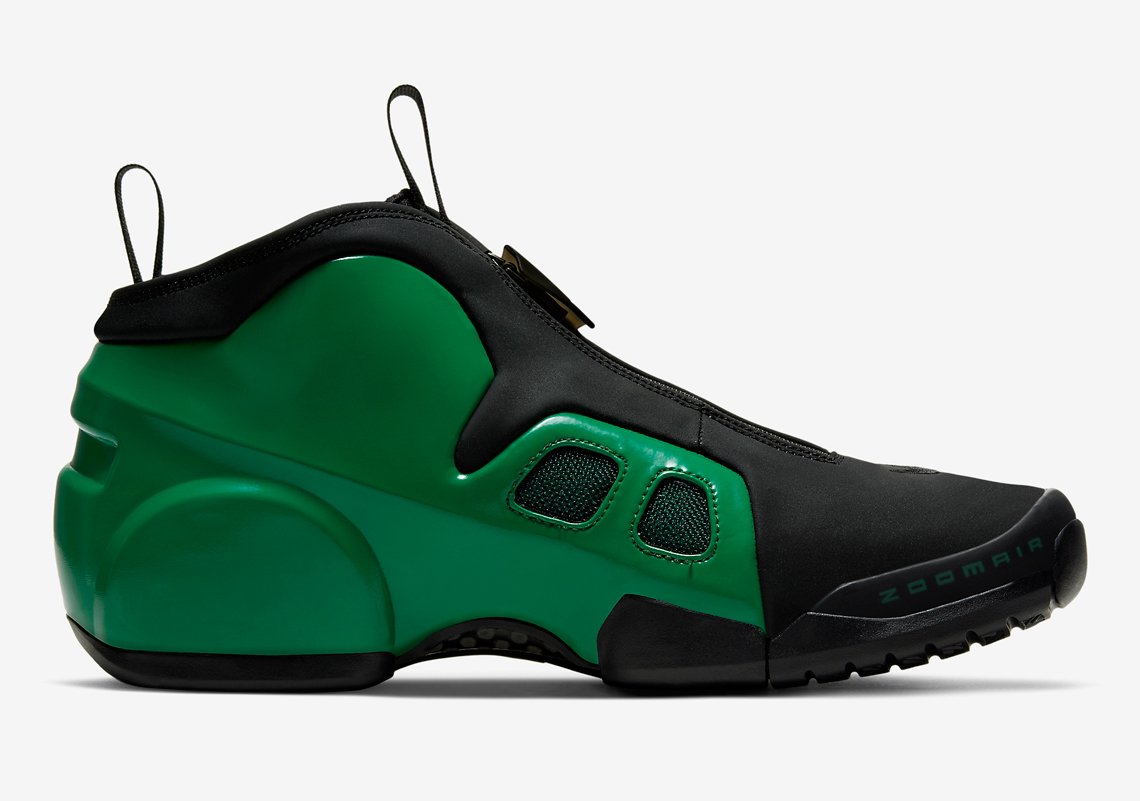 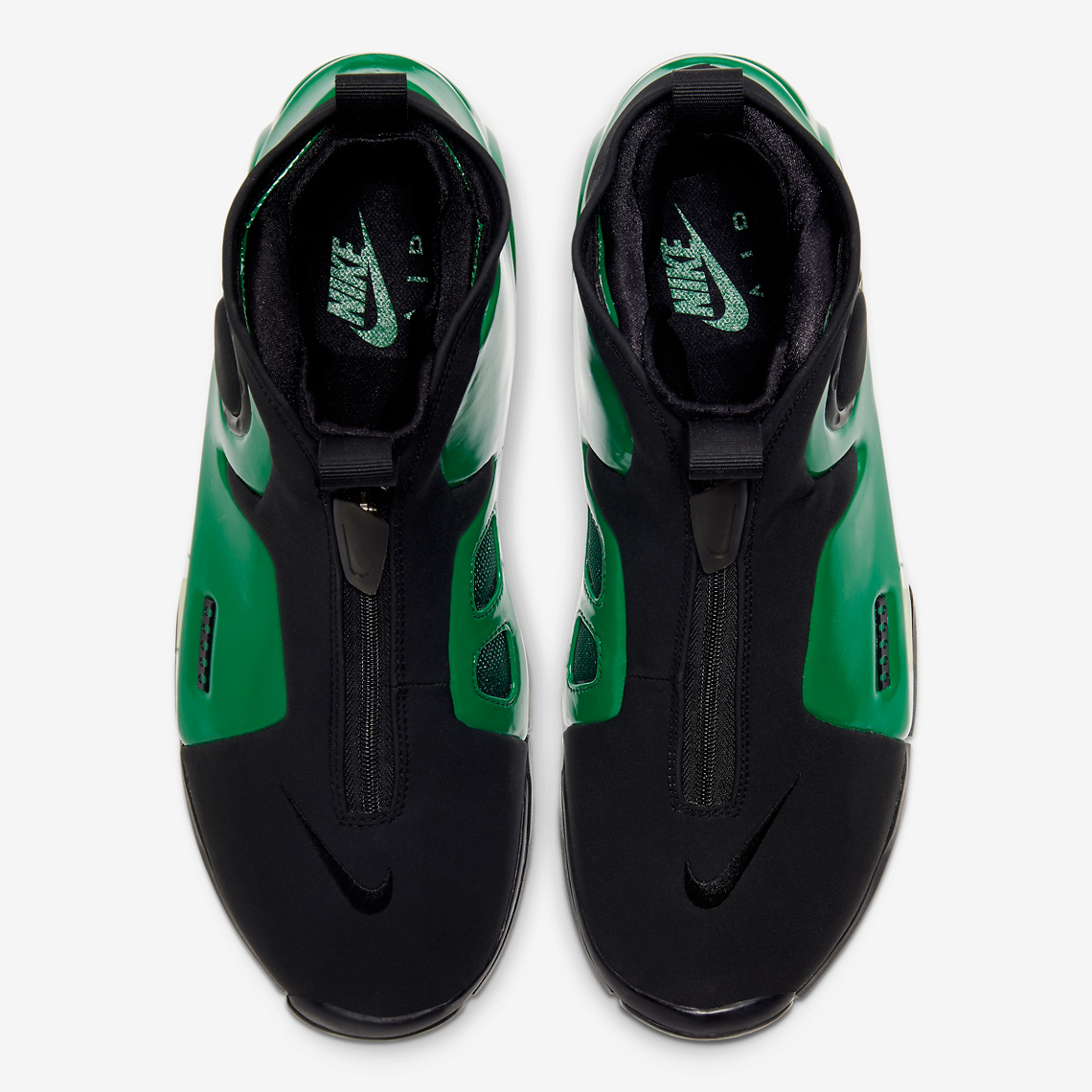 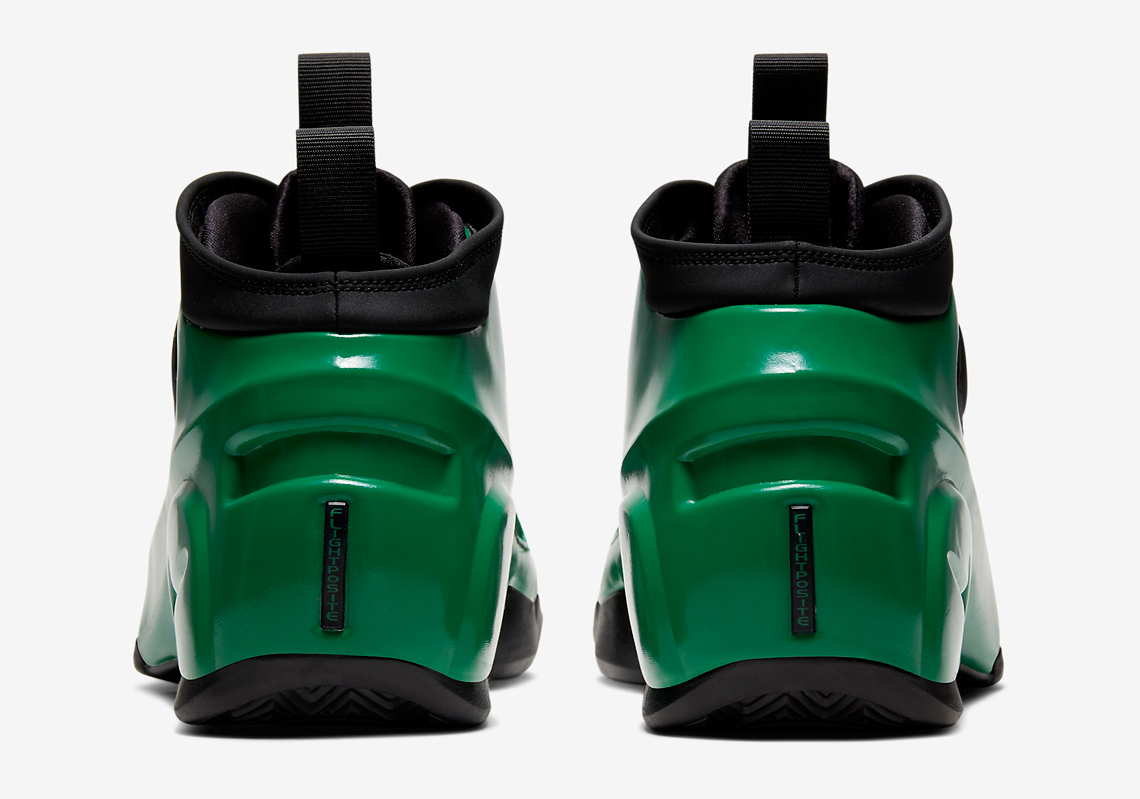 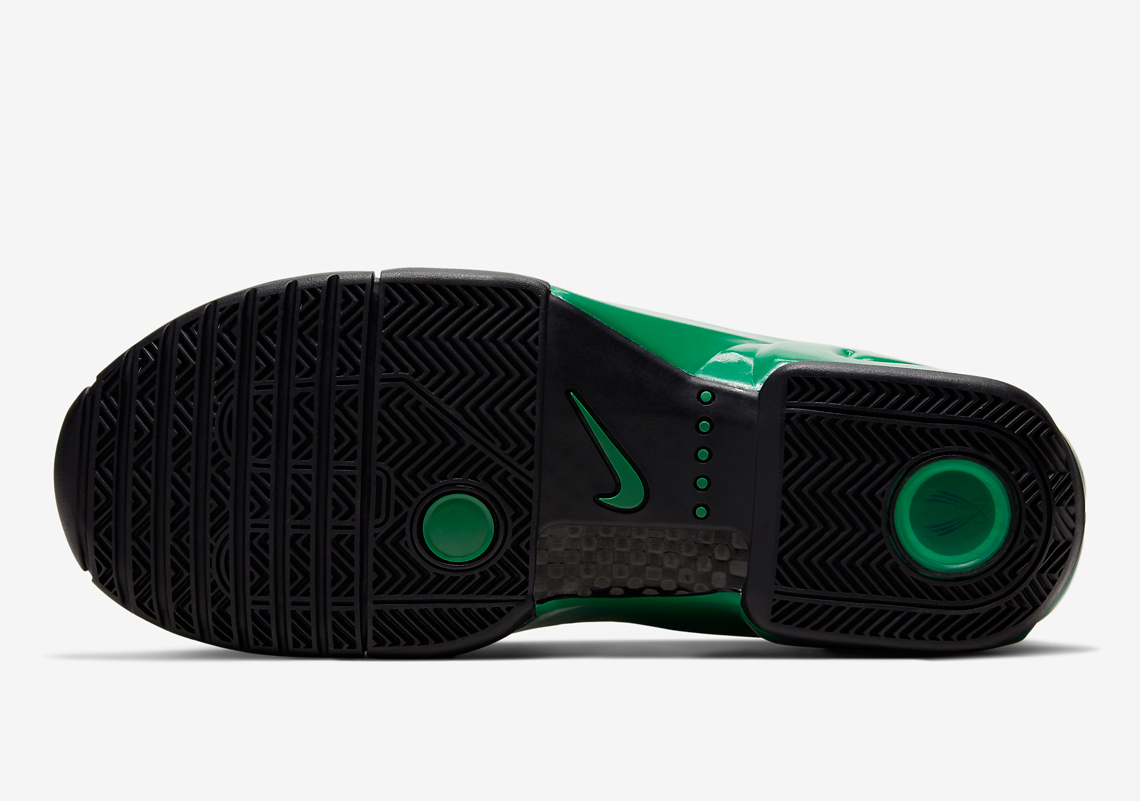