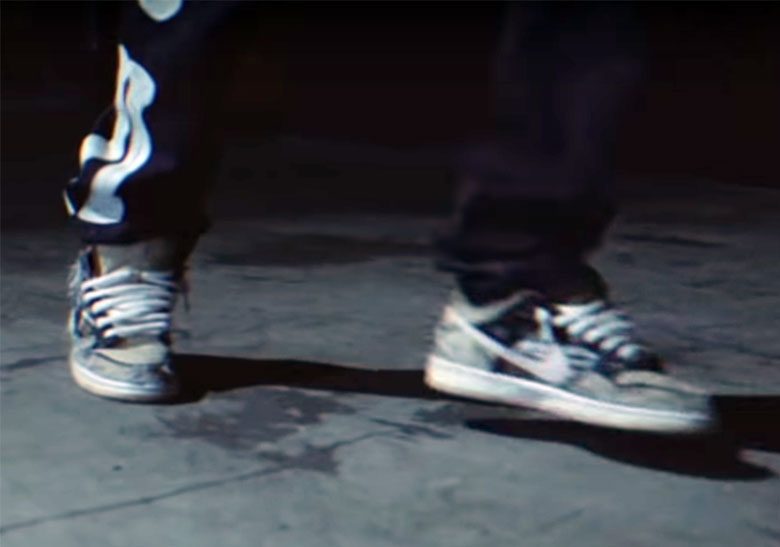 If anyone owned 2019, Travis Scott would undeniably be in the running, reigning in the public eye through collaborations aplenty and musical numbers ever-viral. And with his own label, Cactus Jack Records, gradually adding talent, they collectively have become a force to be reckoned with, even going as far to release a team album under the fitting epithet of “JACKBOYS.” With that LP also came quite a few video releases, the most notable of which — whose length tallies up to almost 9 minute filled to the brim with themes of the eponymous track — hiding quite a few goodies. Around the 8 minute mark, you can see the young Houston-born rapper pulling up in a pair of Kapital jeans and a mysterious Nike Dunk Low alongside: a never-before-seen colorway that may be one of La Flame’s 2020 collaborations. Hits of tan with subtle distressing aligns very well with his own aesthetic, and prints seemingly patchworked atop make sense considering his prior Air Force 1. Though word is quite hush as of current, it’s likely leaks will arise later in the coming months, so keep it locked in for details. 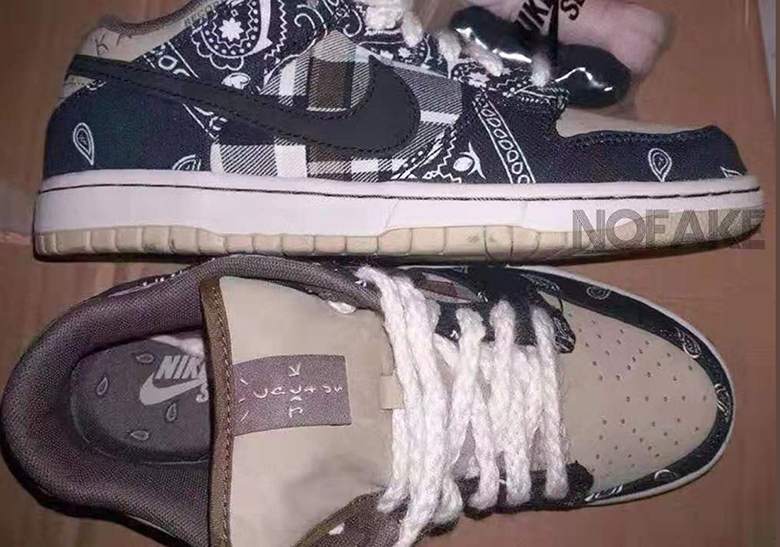 @travisscott reveals never-before-seen Nike SB Dunk Low in Jackboys music video. 2020 is going to be major for the SB Dunk! Link in bio to learn more.