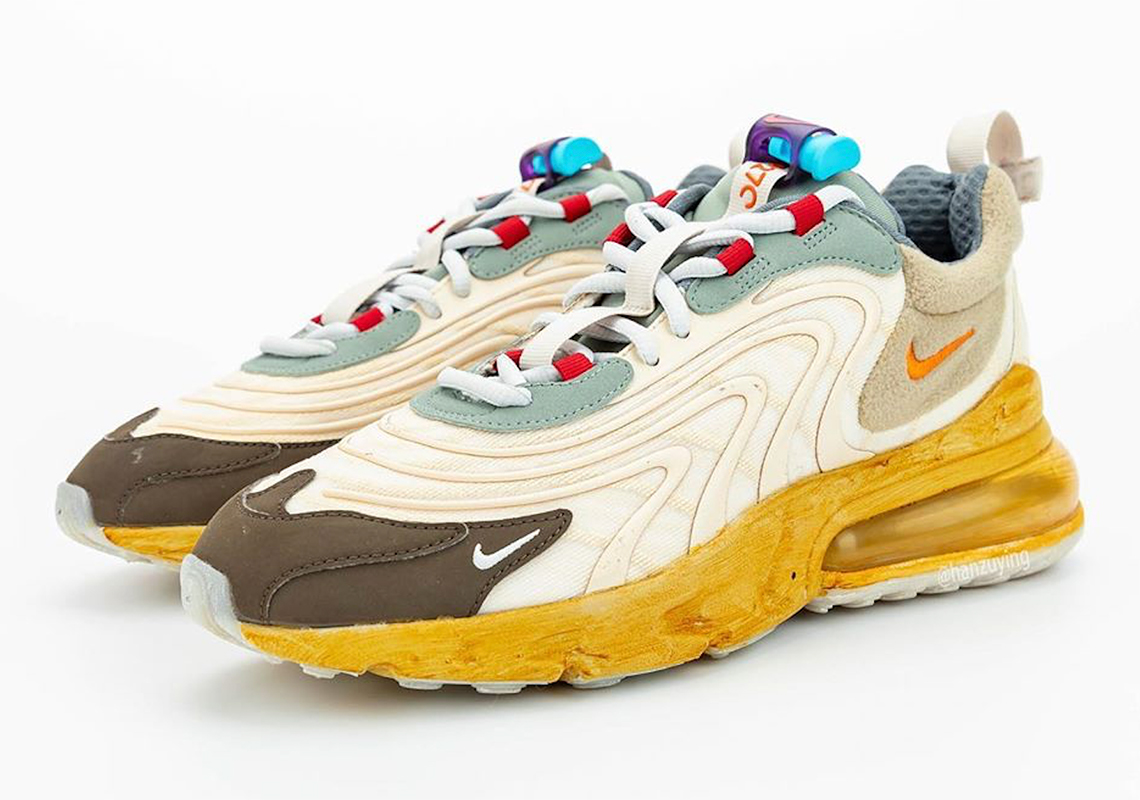 It’s only been one week into the new year, and oh boy has Travis Scott already made some major headlines. The Houston native was announced as one of the headliners for this year’s Coachella Music and Arts Festival, his label’s newly released “JACKBOYS” album just hit #1 on the Billboard charts, and his footwear collaborations only seem to be growing in numbers as teasers of his upcoming Nike collaborations continue to trickle out. Of the latter, one of the renditions set to release this year is his brand new take of the Swoosh’s Air Max 270 React. After the silhouette had an overwhelming run of new colorways in 2019, the lifestyle runner is now being given a breath of fresh air thanks to the Astroworld artist. Curvy overlays are now molded upon its upper constructions to give it a sleek new look, followed by the Swooshes which now arrive in much smaller form atop the rear and forefoot areas. Seated next to its various shades of neutral browns and beiges on the base layers comes a vibrant contrast of gold painted along the entire midsole/Air unit. On top of all that, Cactus Jack detailing arrives in full force as the face logo and moniker gets divided up between each insole graphic, followed by the label’s name embroidered into the heel tabs. You can find a detailed look at the pair here below, and expect these to drop sometime in March at select Nike retailers for $190.

UPDATE (3/20/2020):
The release date for the Travis Scott x Air Max 270 React has been moved from April to May. Expect to see it at select retailers hopefully early in the month. 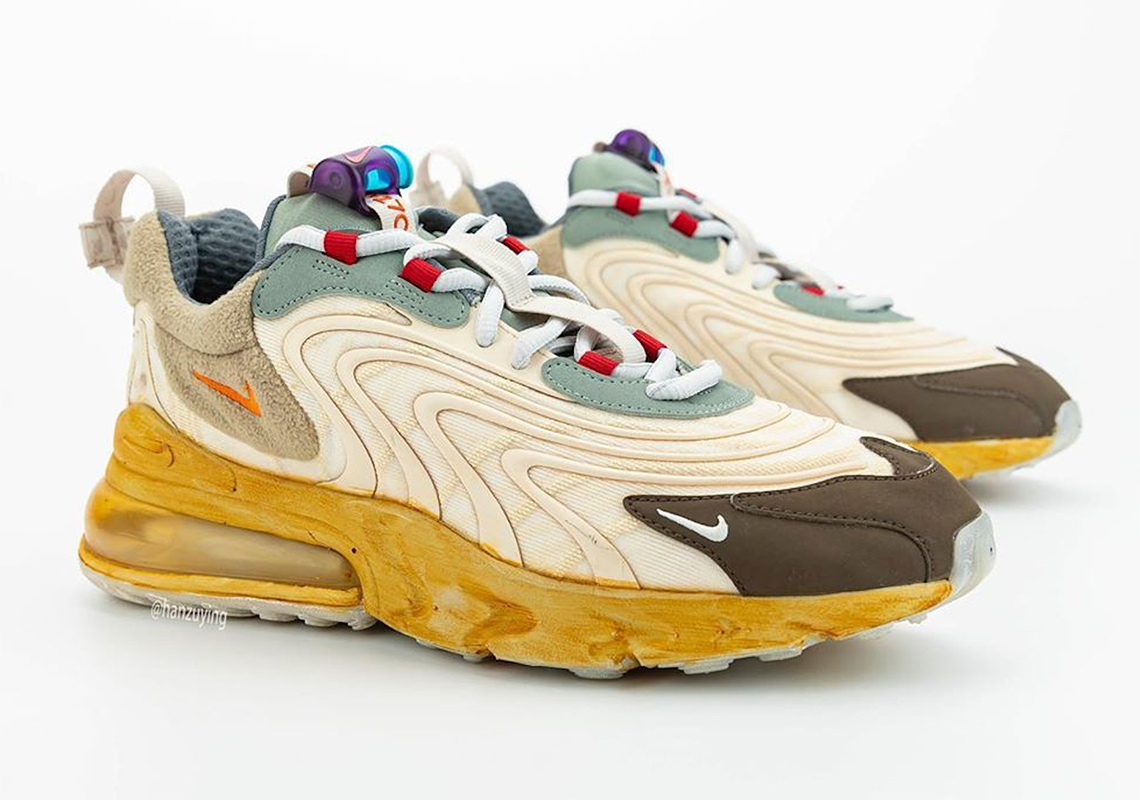 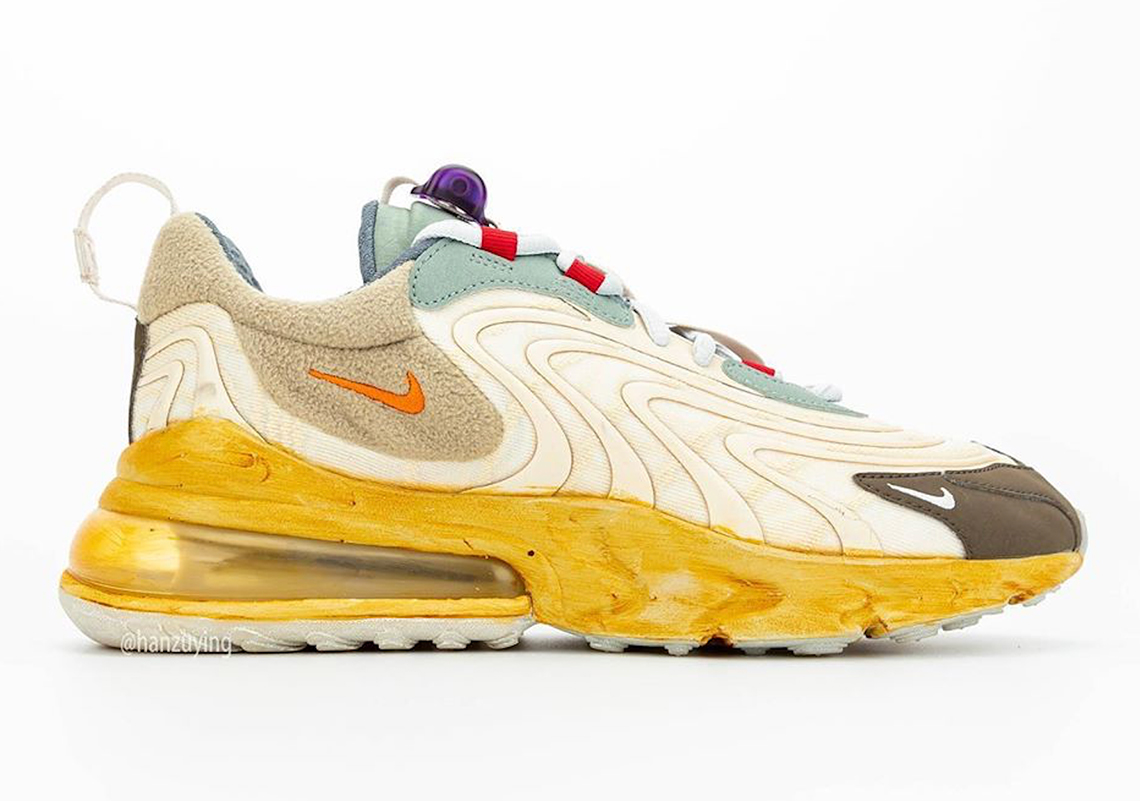 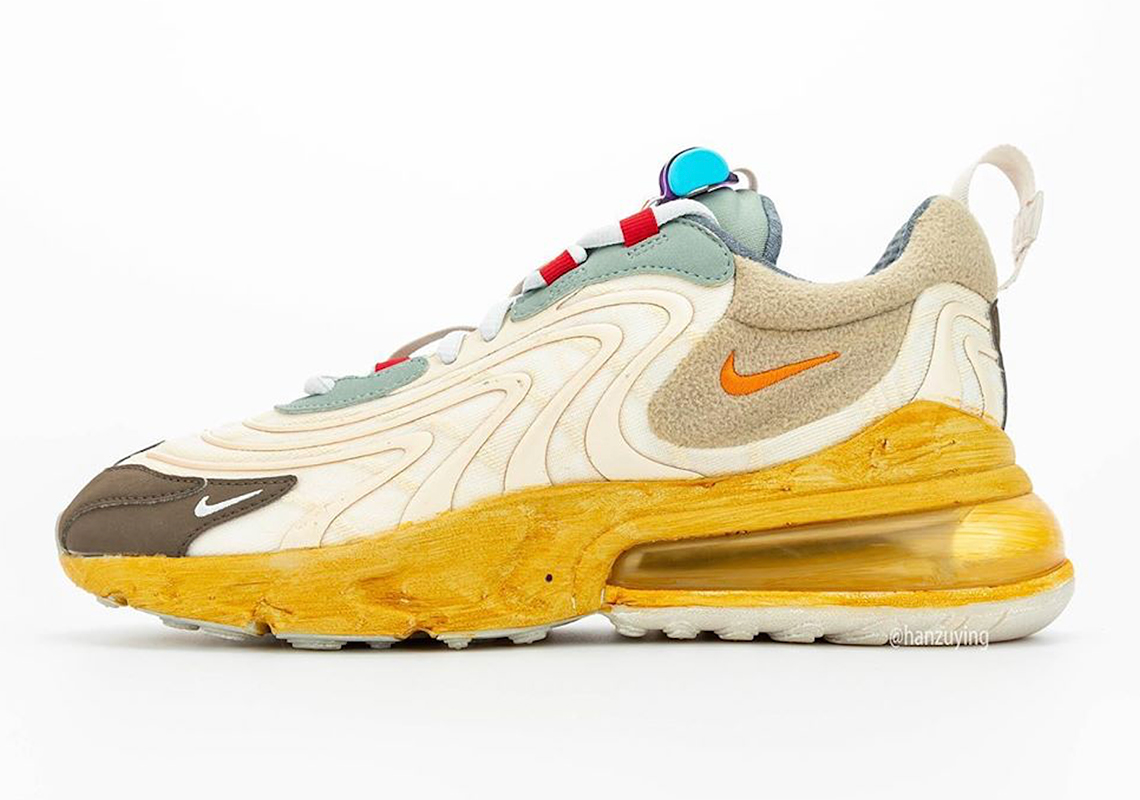 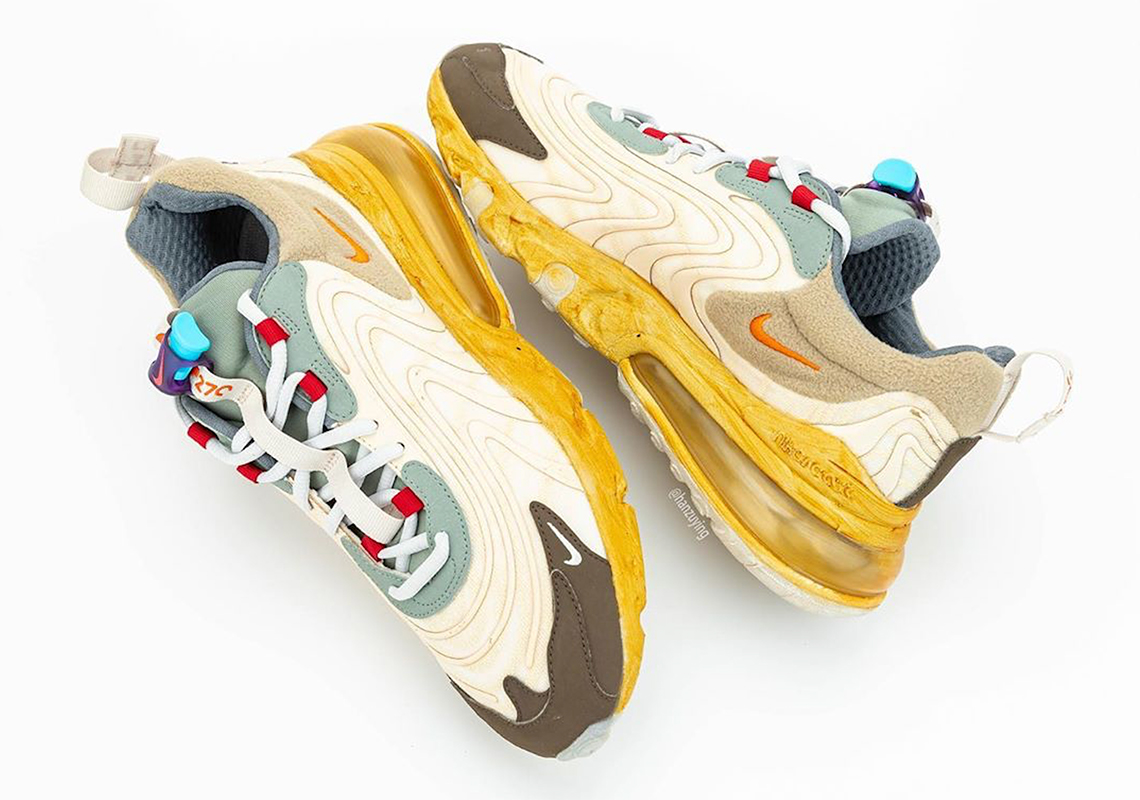 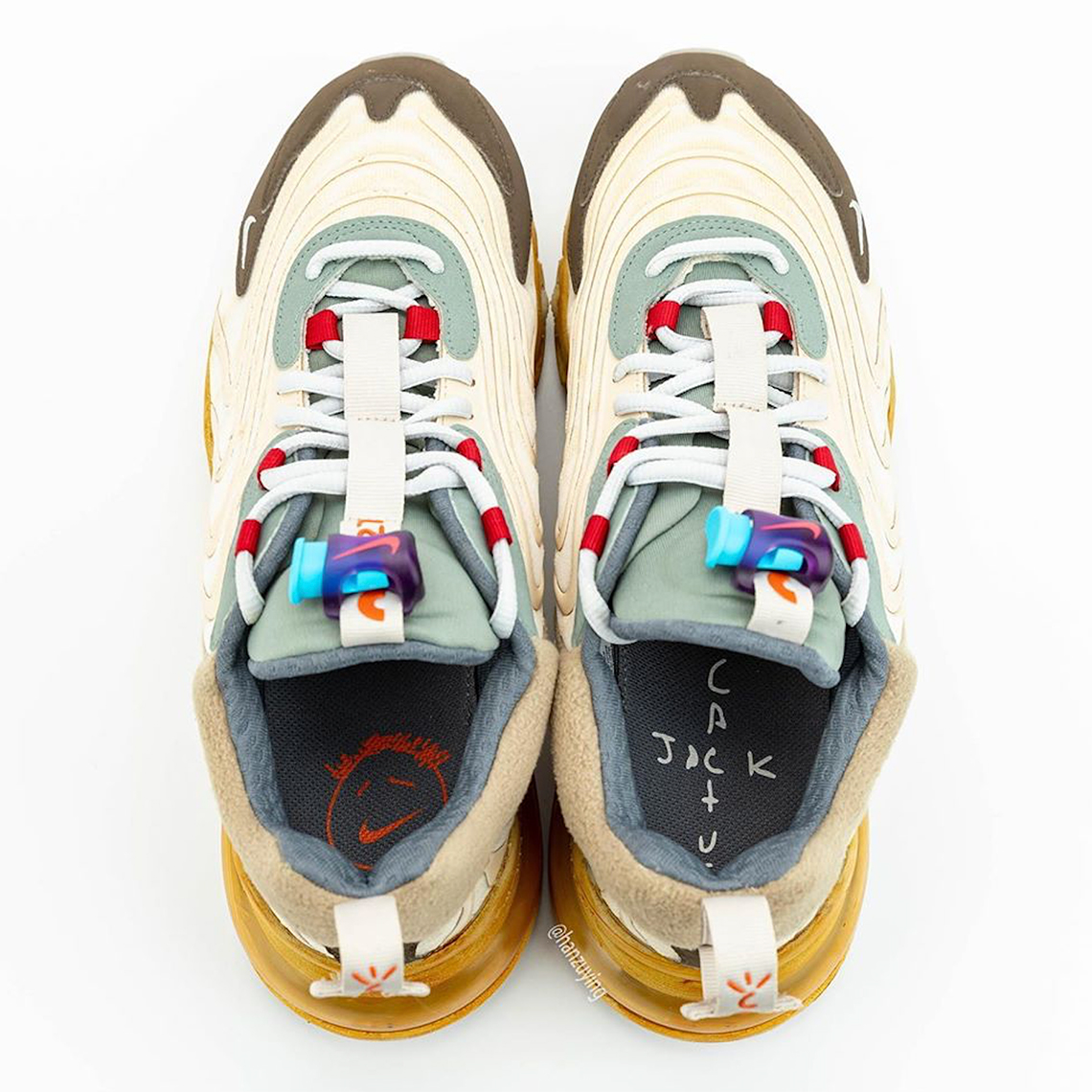 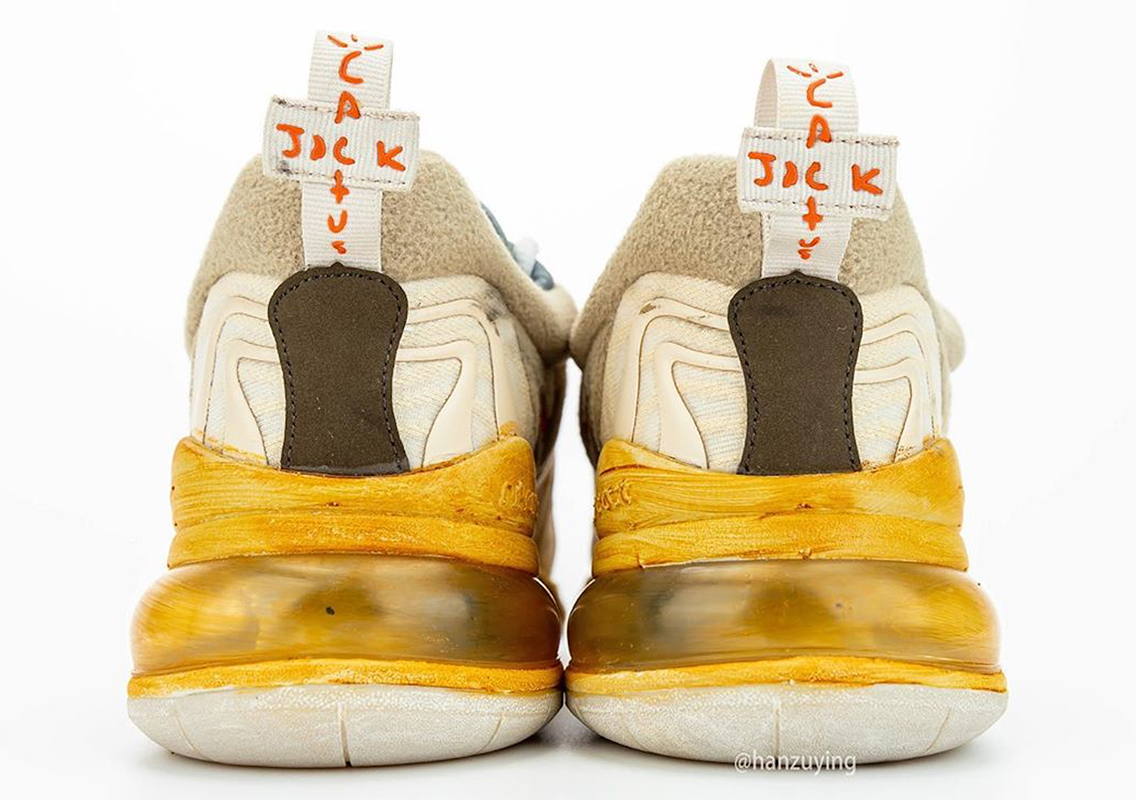 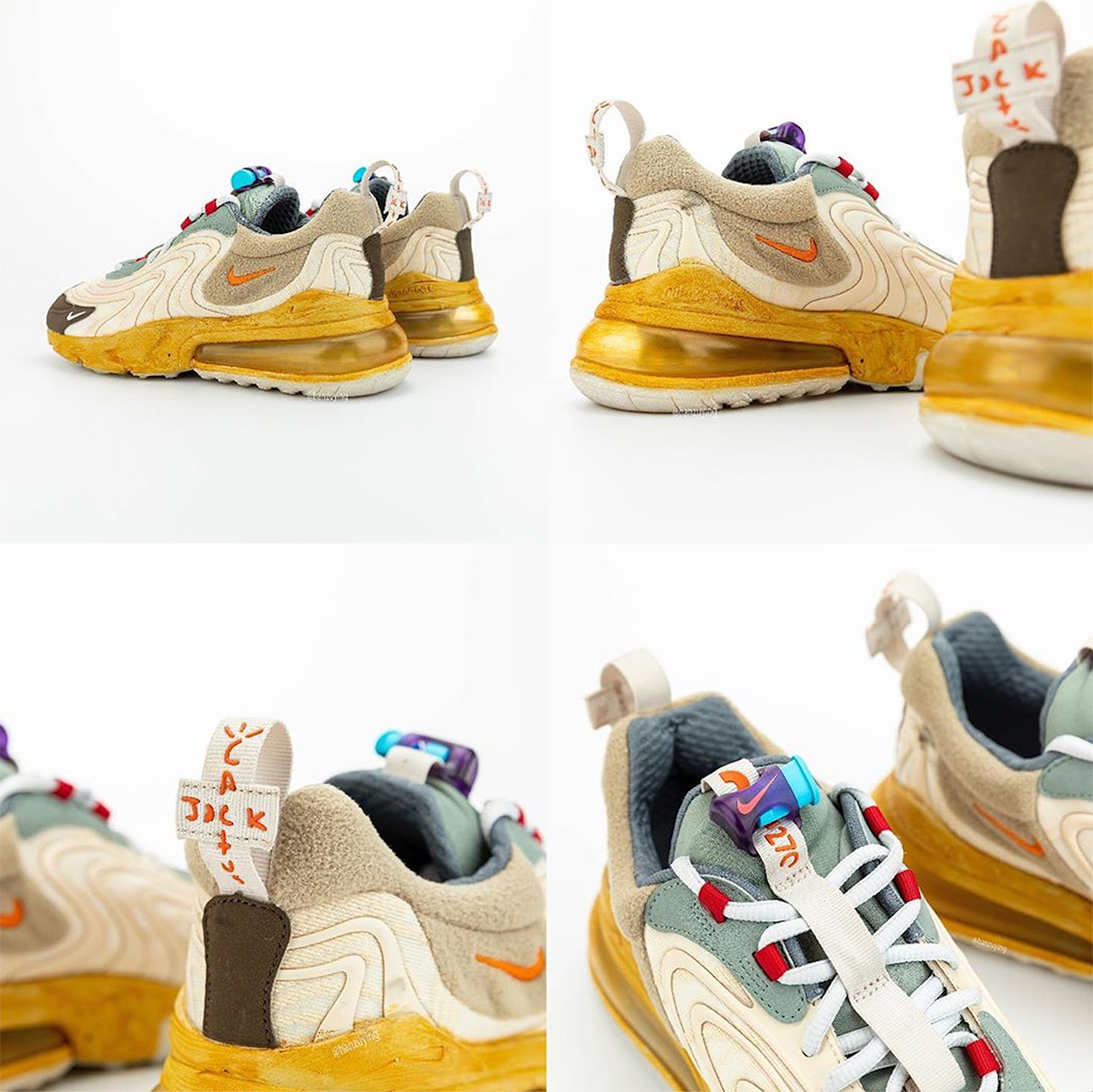 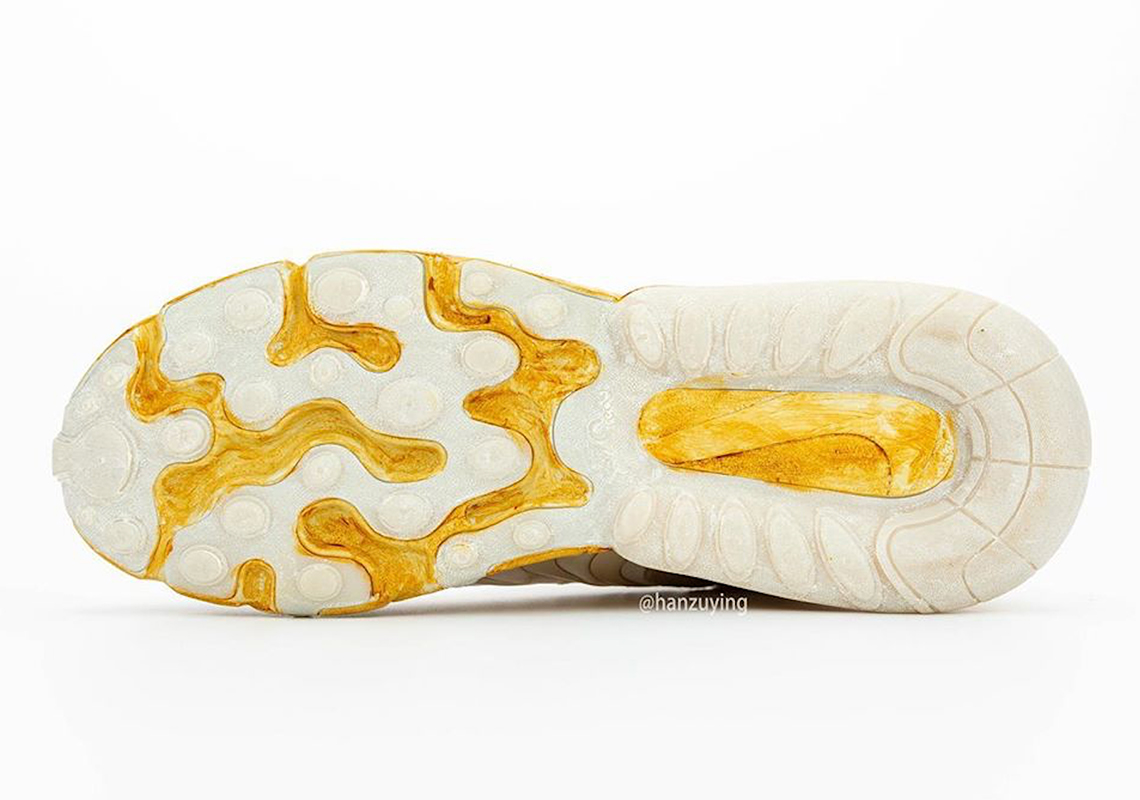