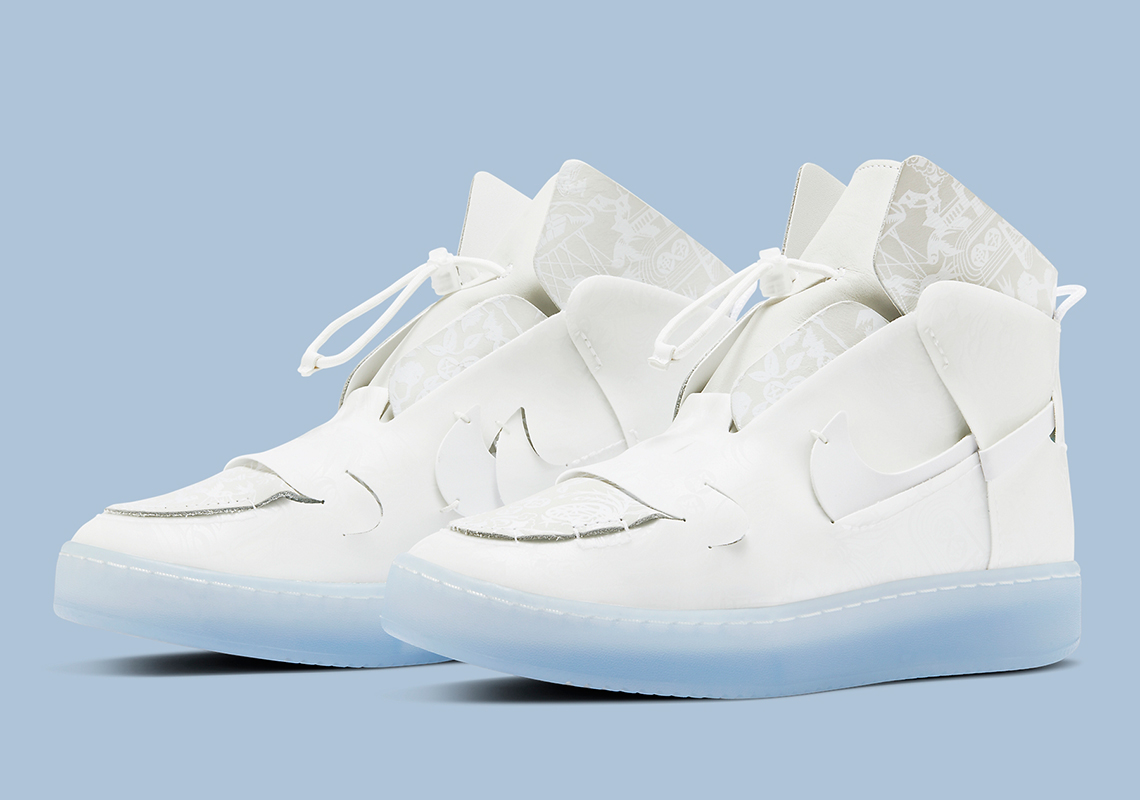 Reimagined silhouettes were all the rage in 2019, and as we hit 2020, it seems that’s still the case in Nike’s eyes. Bearing parts of the Air Force 1’s aesthetic while transforming to fit its personal narrative, the Vandalized model arrives once more in a clean white, likely winter-inspired colorway. Bleached uppers, with its slits, obvious stitching, and minimal paneling compose much of the outward appearance, but despite that being mostly par for the ordinary course, the accents then make up for everything it vehemently lacks. Sole units outfit in a clean icy blue tooling with slight translucence adding a gradient-esque dimension on top. The Forefoot piece — which is simply laid out just above rather than embedded — as well as the extended material at the ankle and eye stay embellish subtly with reflective print, shining with light in what is a mural of florals, birds, and classic spring tropes. Take a look up close right here and expect a Nike.com release to make headway in the coming months. 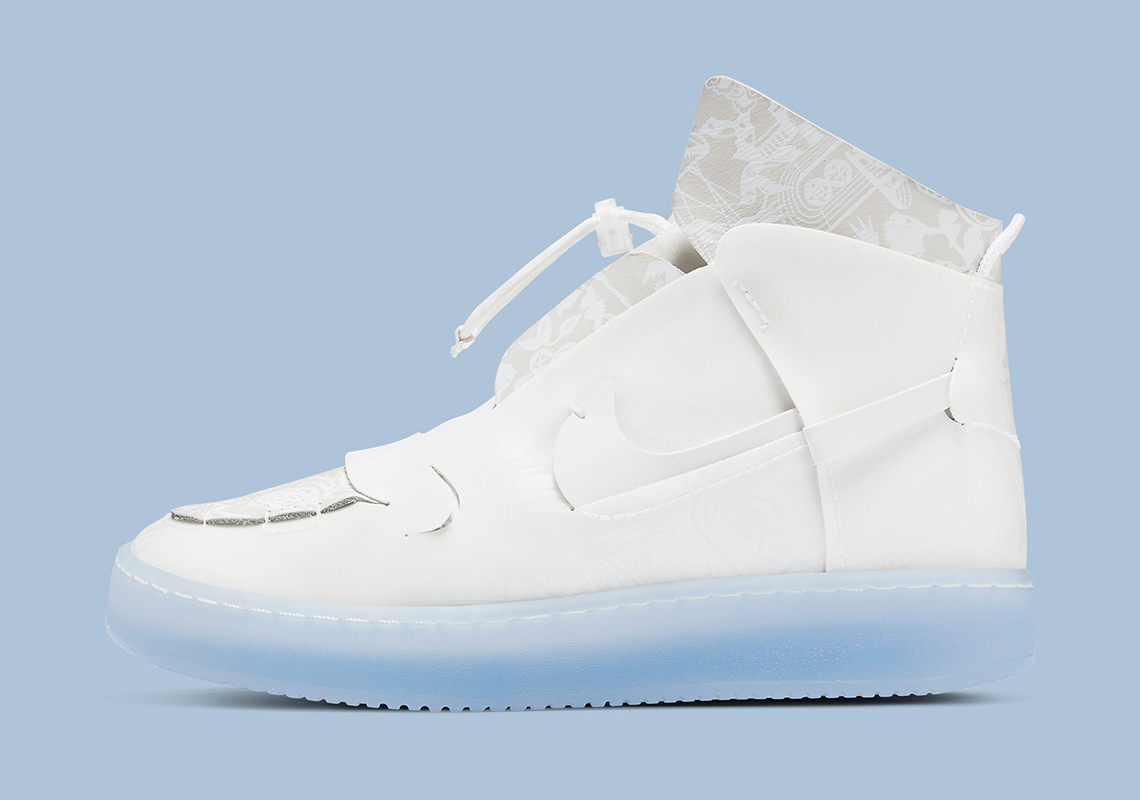 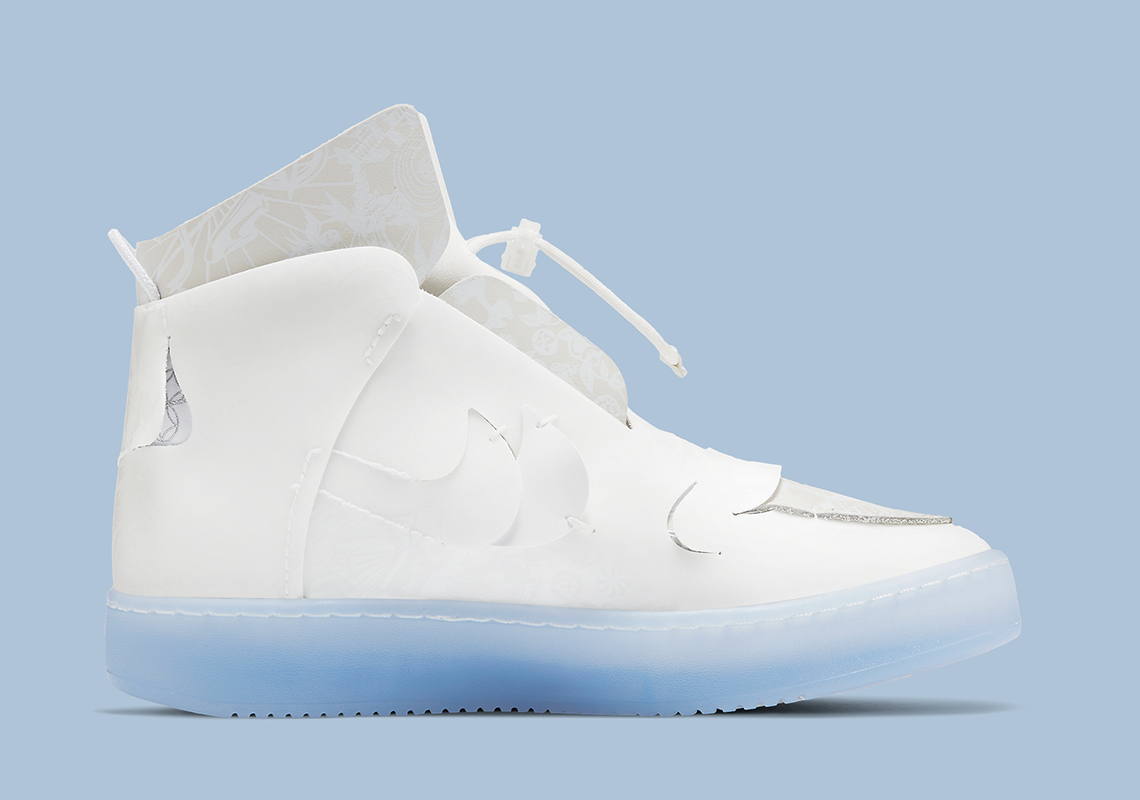 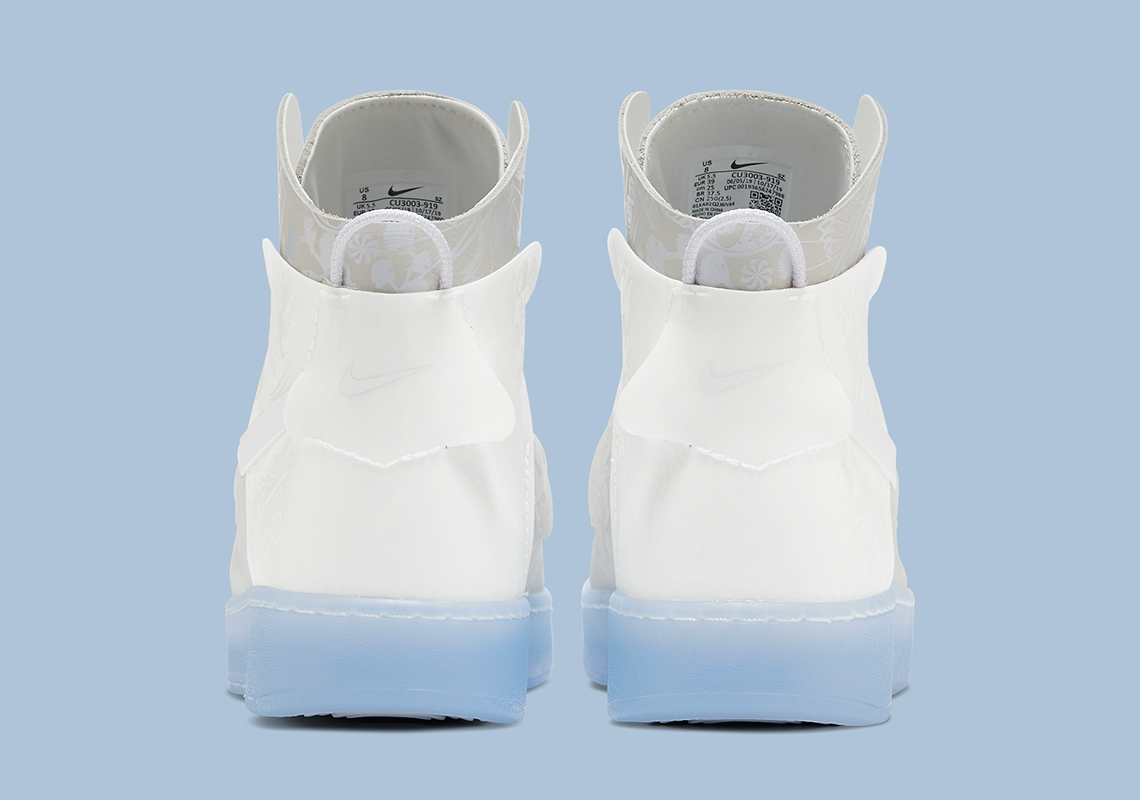 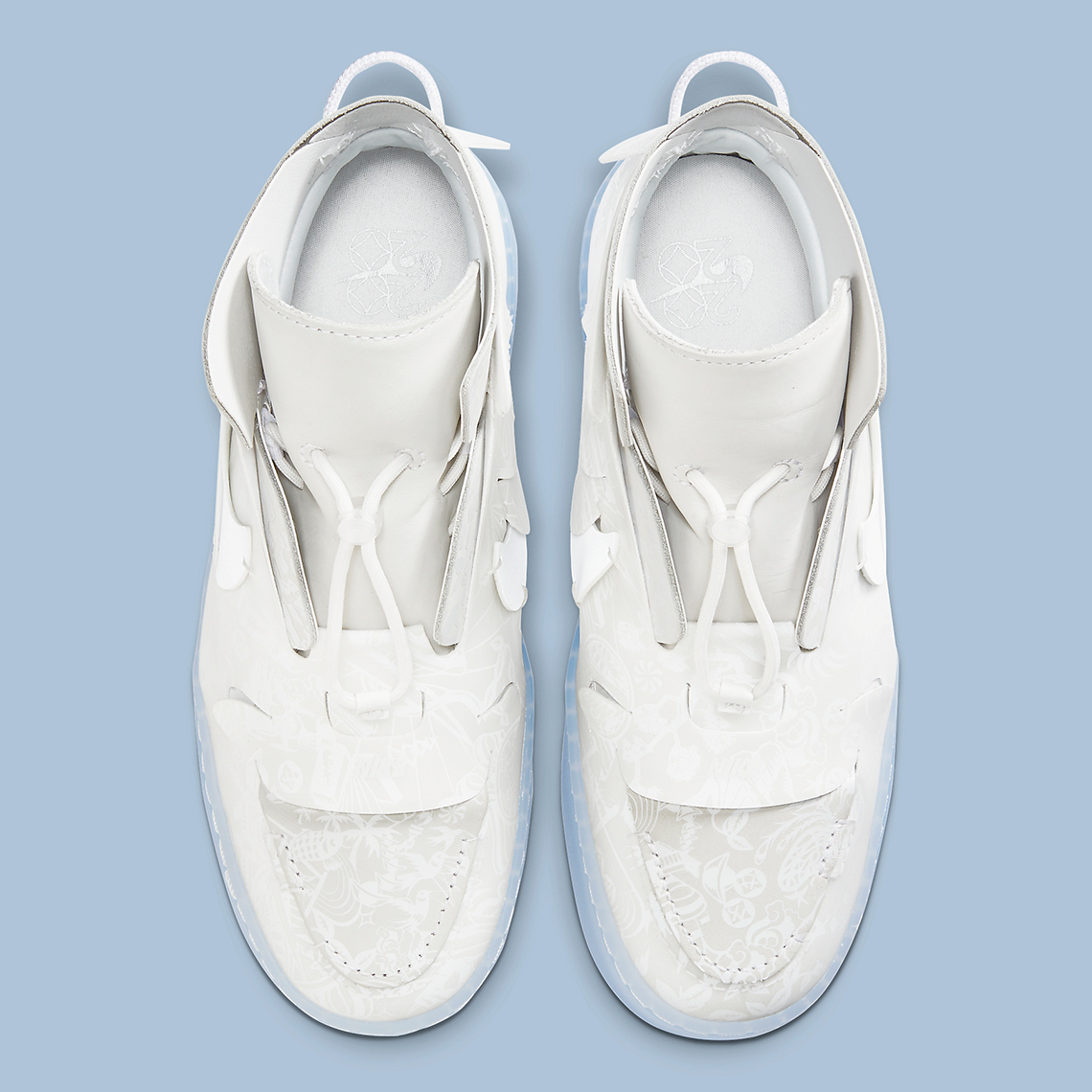 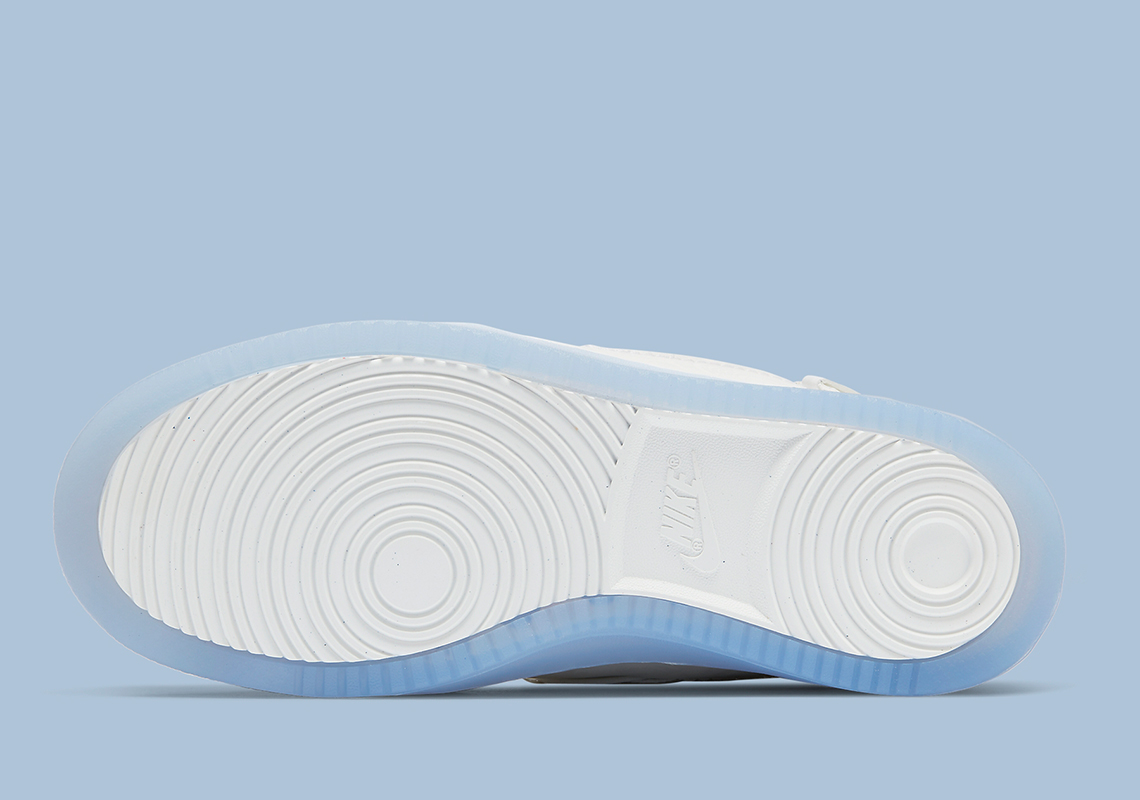