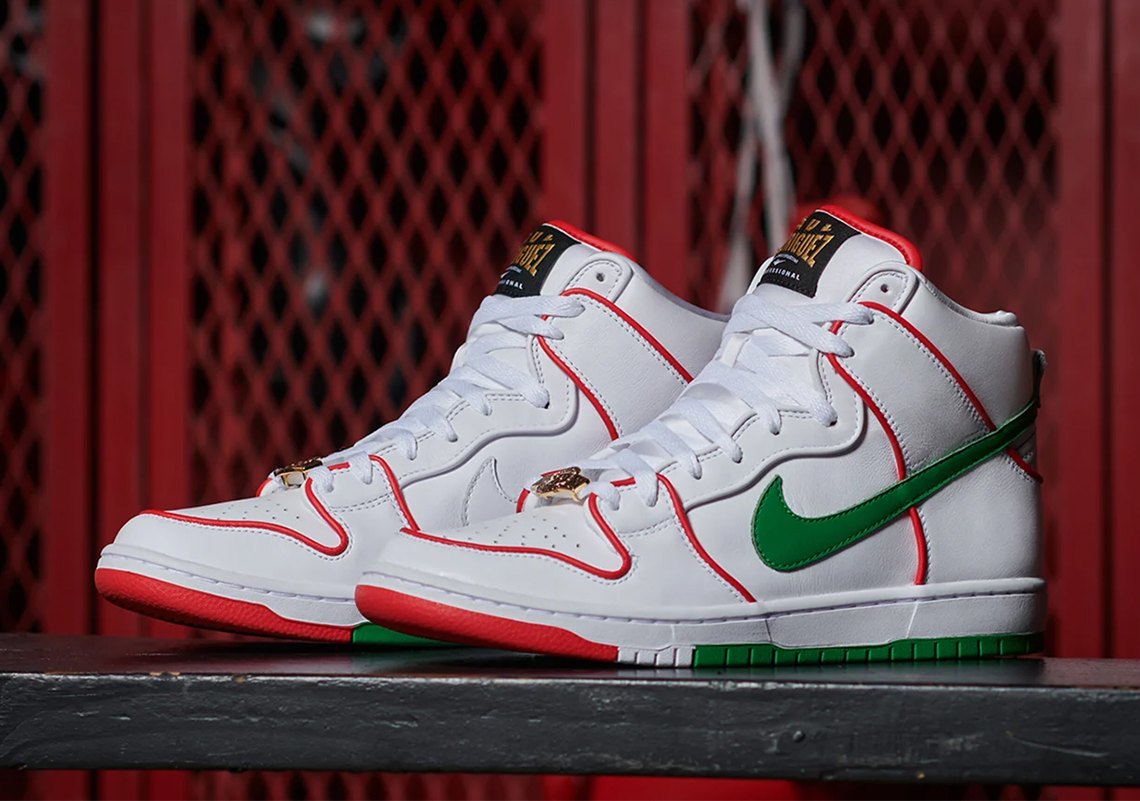 Although Paul Rodriguez didn’t sign onto Nike SB until 2005, he’s considered to be one of the brand’s more influential riders as he brought on a legion of youthful fans to the Swoosh’s initiative in the sport. Fifteen successful years later, the one known as P-Rod continues to hold the same weight in the game, slowly amassing a legendary pedigree that may eventually rival some of the greatest ever. Nike is recognizing his contributions not only to skateboarding, but also to the success of the category with a special SB Dunk High release that honors his Mexican heritage – given by the country’s colors that decorate the silhouette – and his love for boxing. A lace dubrae, shaped like a championship belt, has special engravings that commemorate P-Rod’s fifteen-year tenure with Nike SB, while the tongue label mimics the signature style of a fighter’s trunks. Furthermore, you can see Rodriguez’s actual wrapped fists in the insoles. Nike SNKRS will launch the shoes on January 21st, with skateshops to release the kicks around then as well. 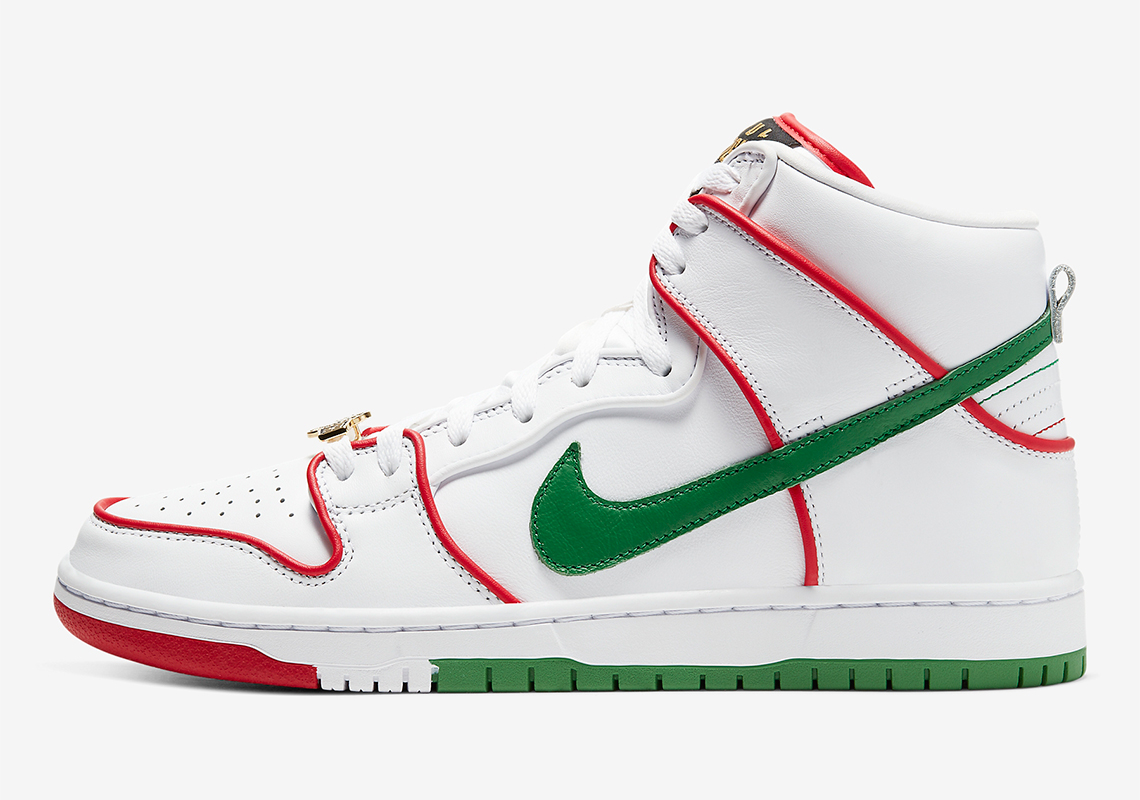 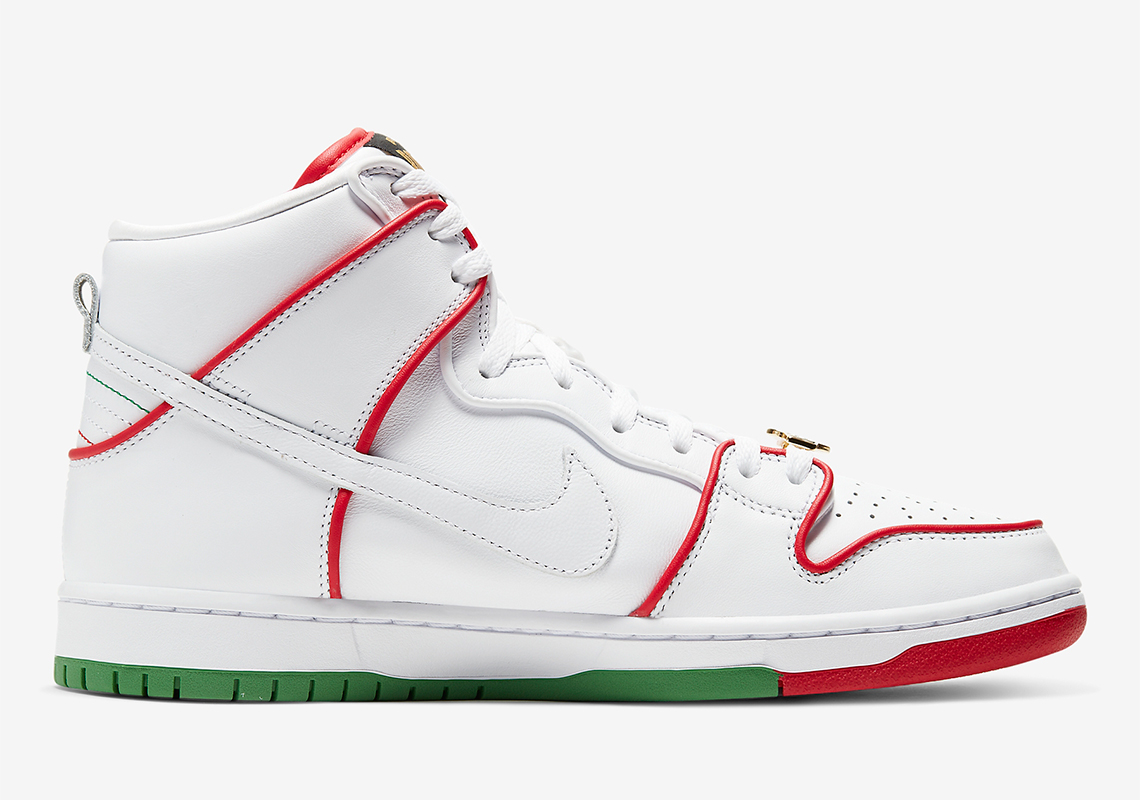 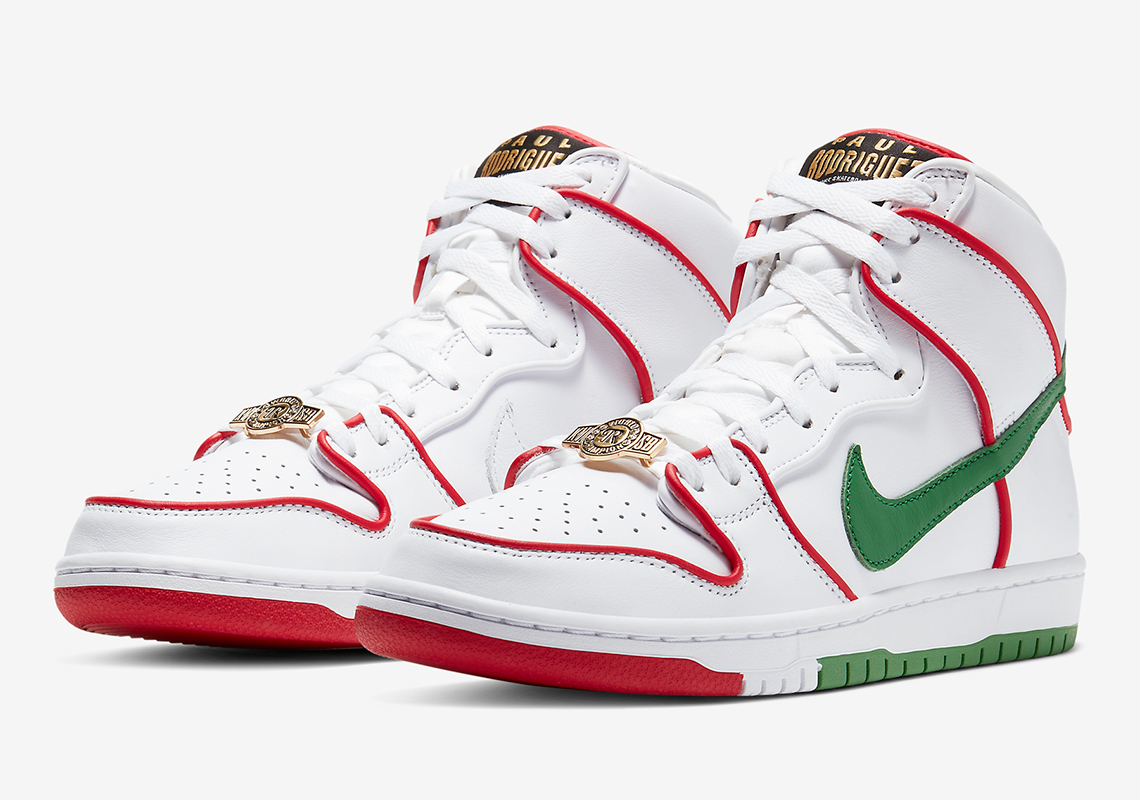 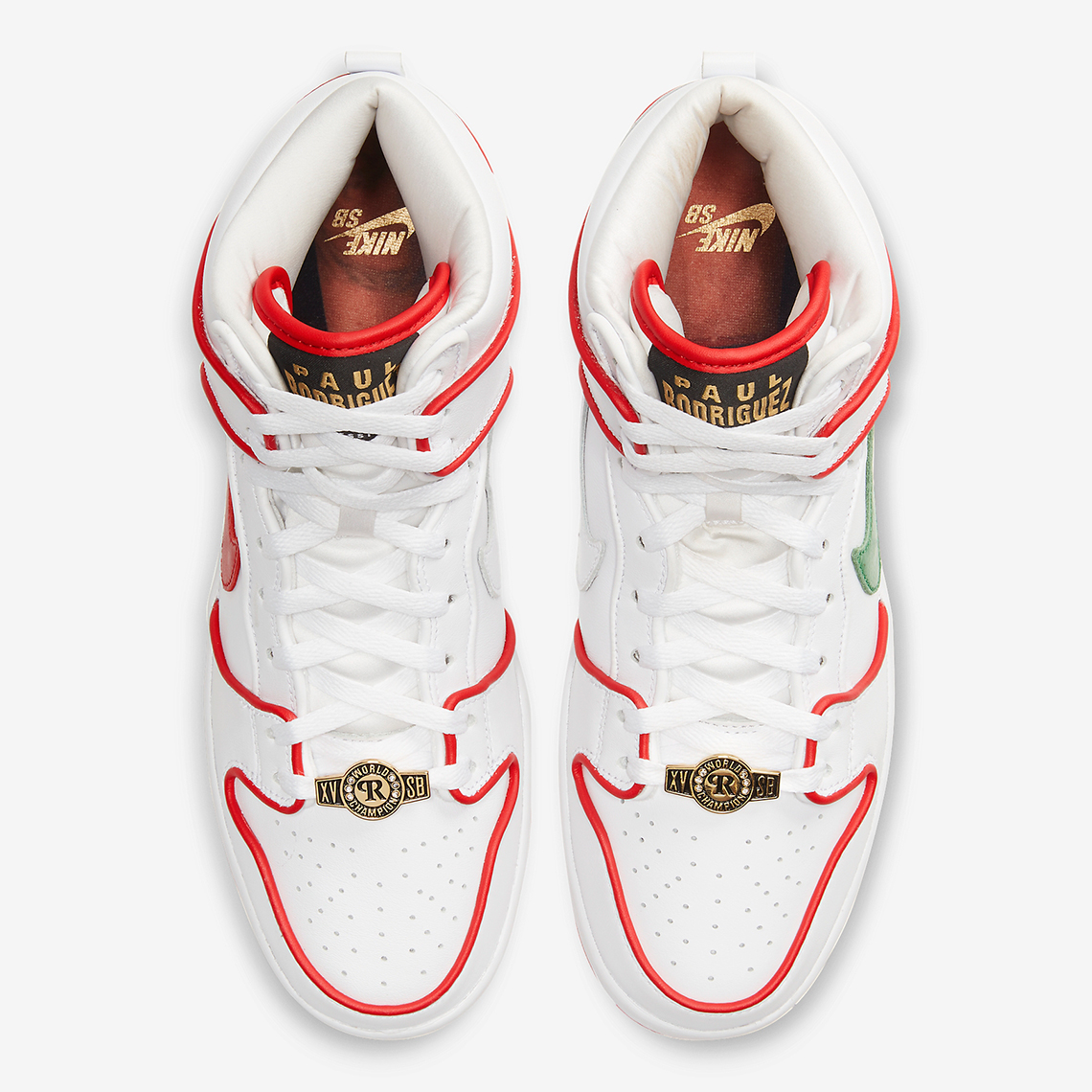 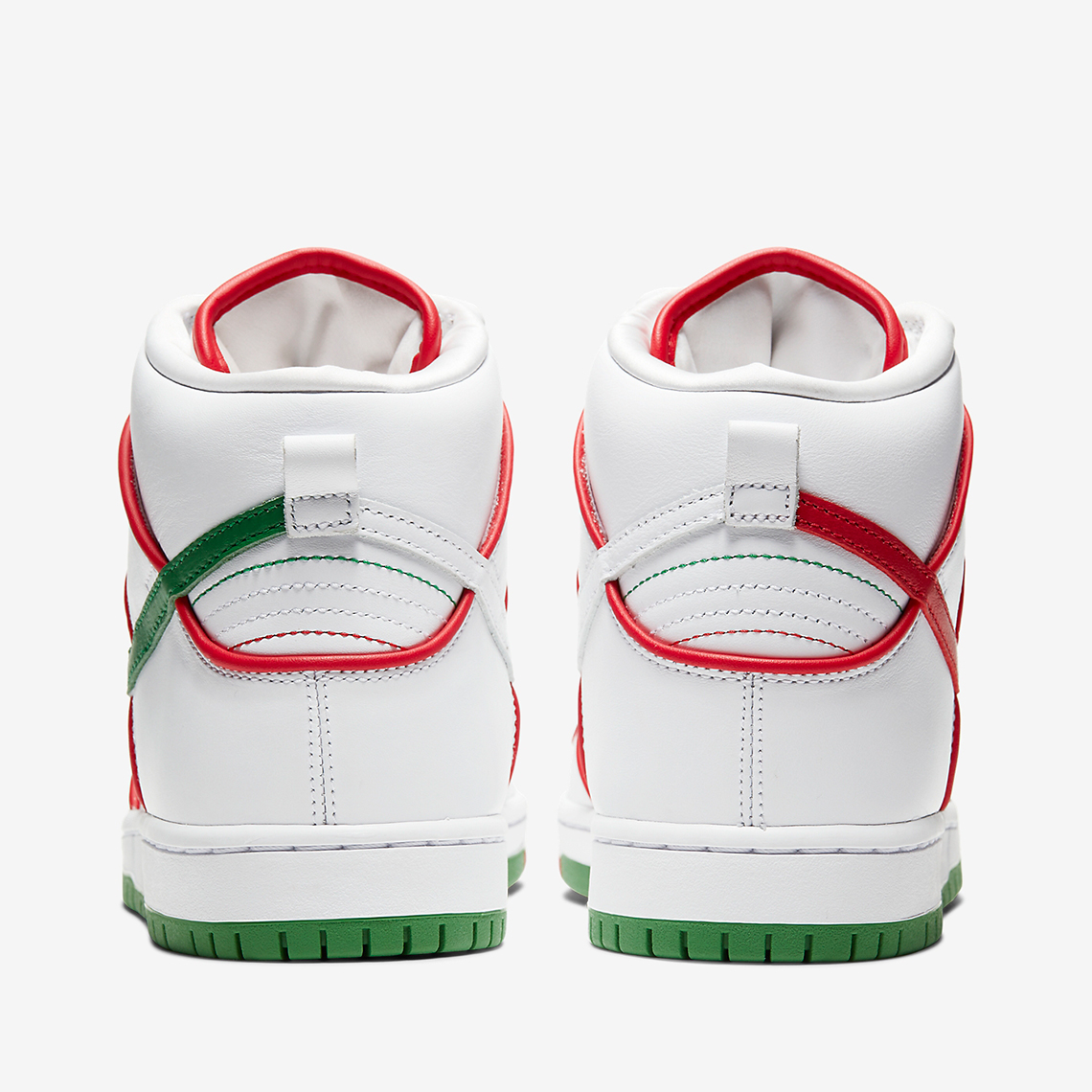 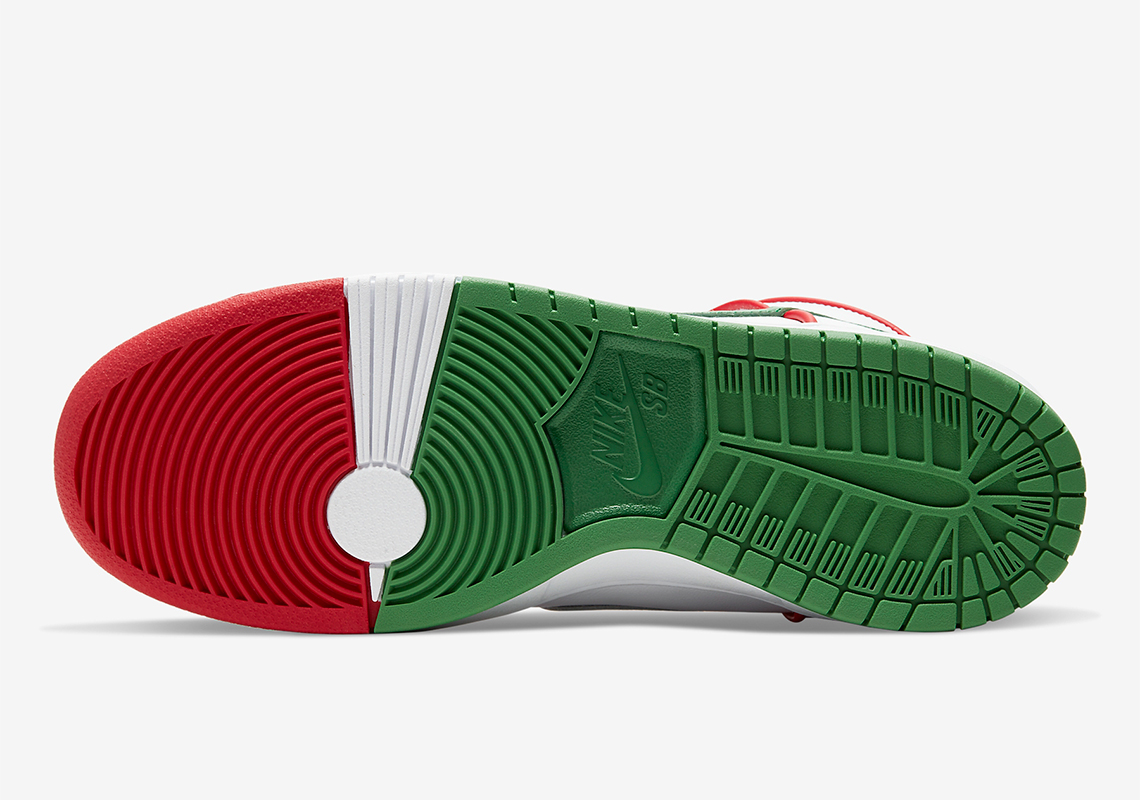