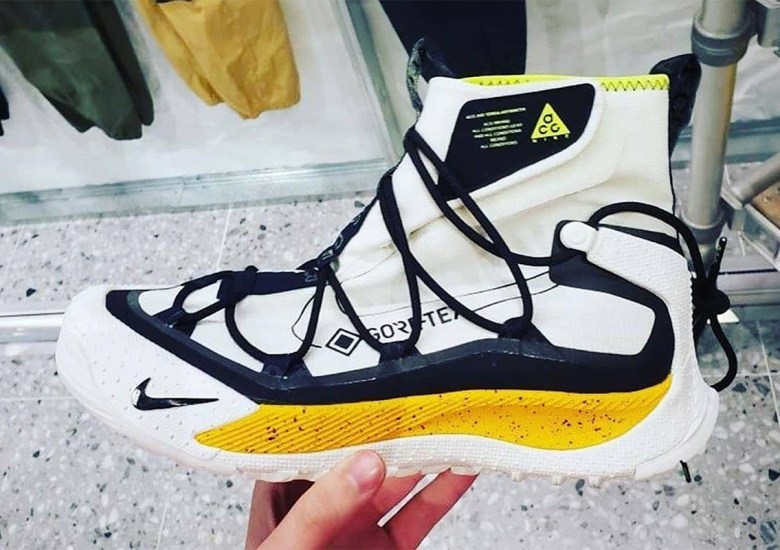 When it comes to sneakers, something almost (if not just as) important as the shoes themselves, is the timing of their release. As humanity finds itself sitting in the midst of the winter season, the demand for more weather-equipped footwear built to tackle below-zero temperatures starts to grow. Just last week, the Swoosh’s ACG category decided to uncover their latest silhouette engineered perfectly for the inclement climates you’re set to endure. The Nike ACG Air Terra Antarktik, a technically-advanced boot set to make its official debut this week with a black/teal colorway, is increasing its lineup by one as a brand new winter-ready colorway has just emerged. While the black laces and mid-foot cages are kept consistent from the original colorway, the high-profile model opts to steer in a brighter direction as it lends its base constructions to an angelic white paint job. Co-branded Nike x GORE-TEX logos on the lateral panels as well as the forefoot Swoosh logos are color-blocked in stark black, followed by a speckled maize yellow midsole panel and volt-colored ACG branding/sock liners for a more eye-catching dose of vibrance. See a first look at this forthcoming offering here below, and find these dropping in select Nike retailers in the coming weeks for $220 USD. 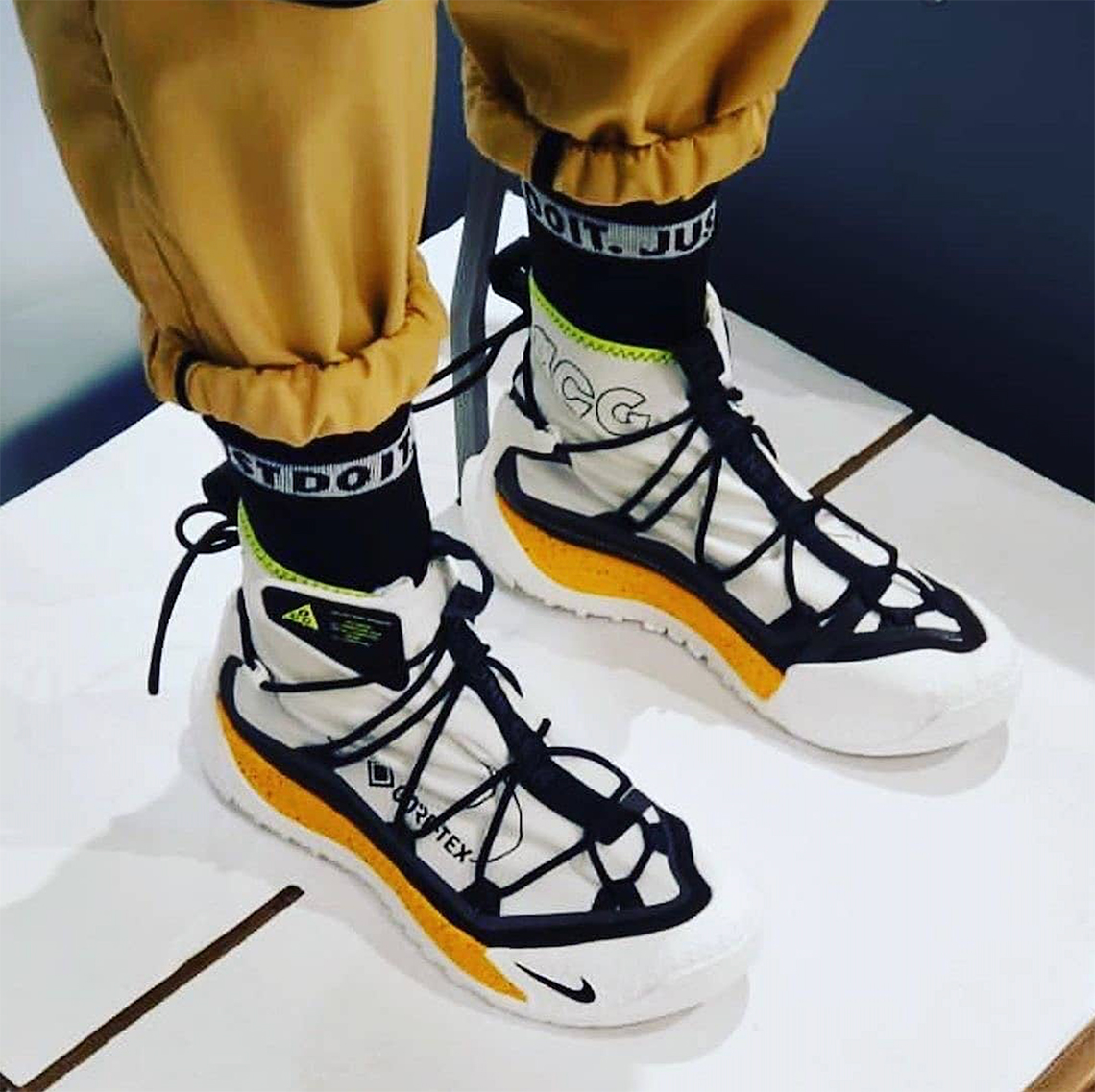 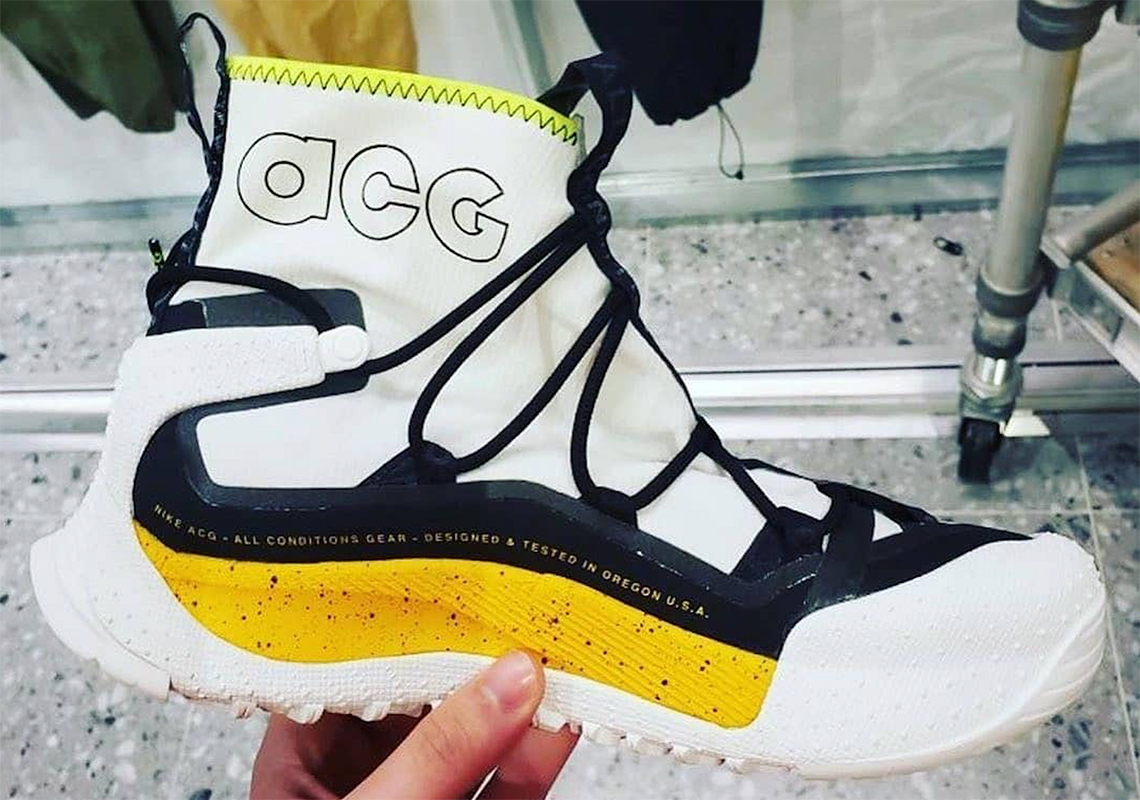 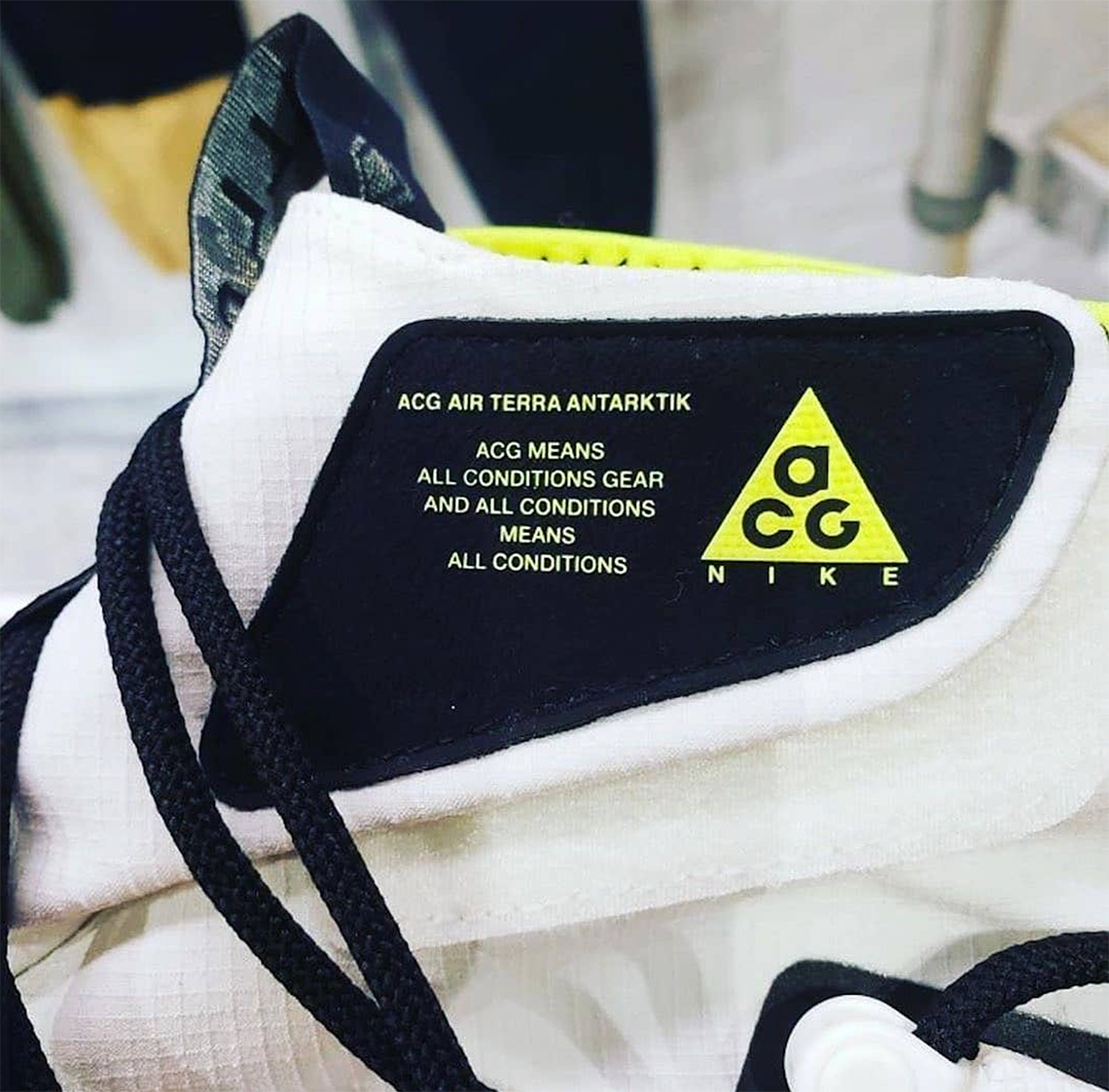