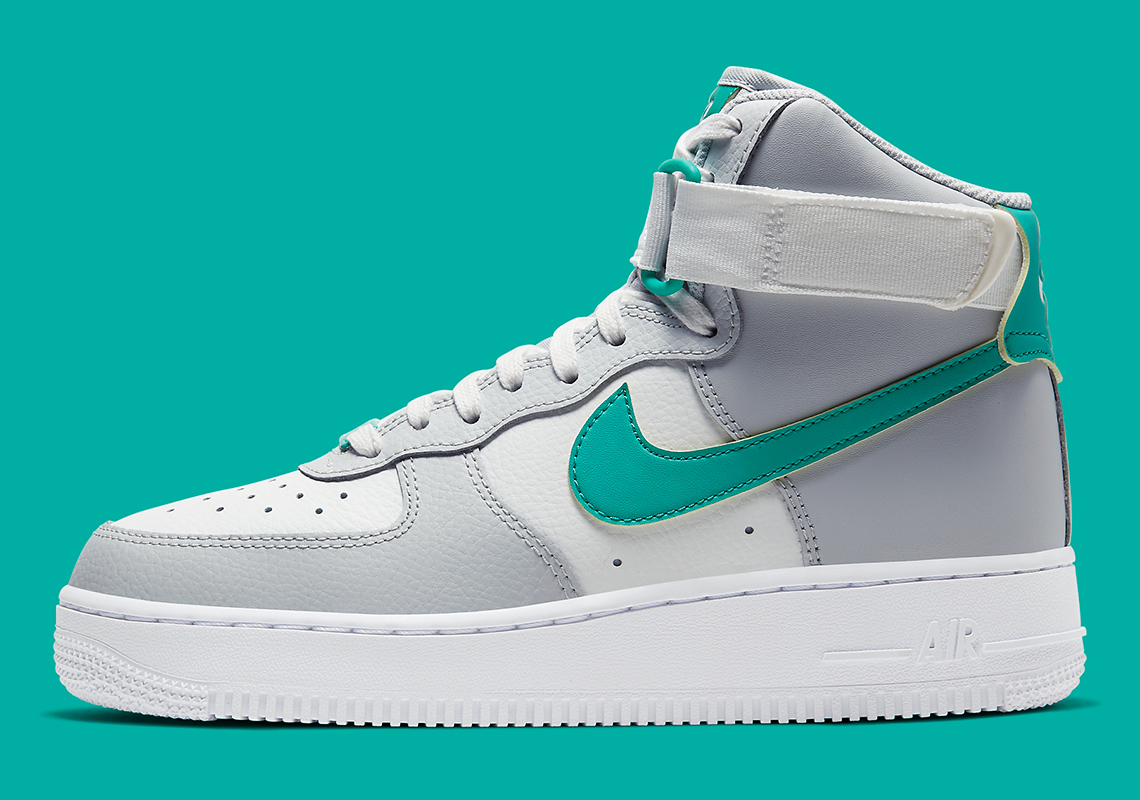 Receiving a hearty amount of attention over the course of this week thanks to its unveiled collaborations with Don C and Matthew Williams’ 1017 ALYX 9SM, the Nike Air Force 1 High aims to its sprinkle in a few supportive in-line versions to help keep its garnered impetus afloat. The newest to be uncovered arrives as this clean two-toned execution that ushers in signature Swoosh colors of “Grey Fog” and “Neptune Green”. While the second-mentioned hue recently appeared on the same silhouette last month, it is being brought to the forefront once again to be applied in different locations. Tumbled leather constructions alternate between lighter pigments of grey and white, which allow the planet-inspired tone to take over areas such as the Swooshes, dubraes, tongues, and heels, to easily pop out as the pair’s most outstanding element. Stay tuned as we collect more information regarding its official release on Nike.com, and enjoy an official look here below in the meantime. 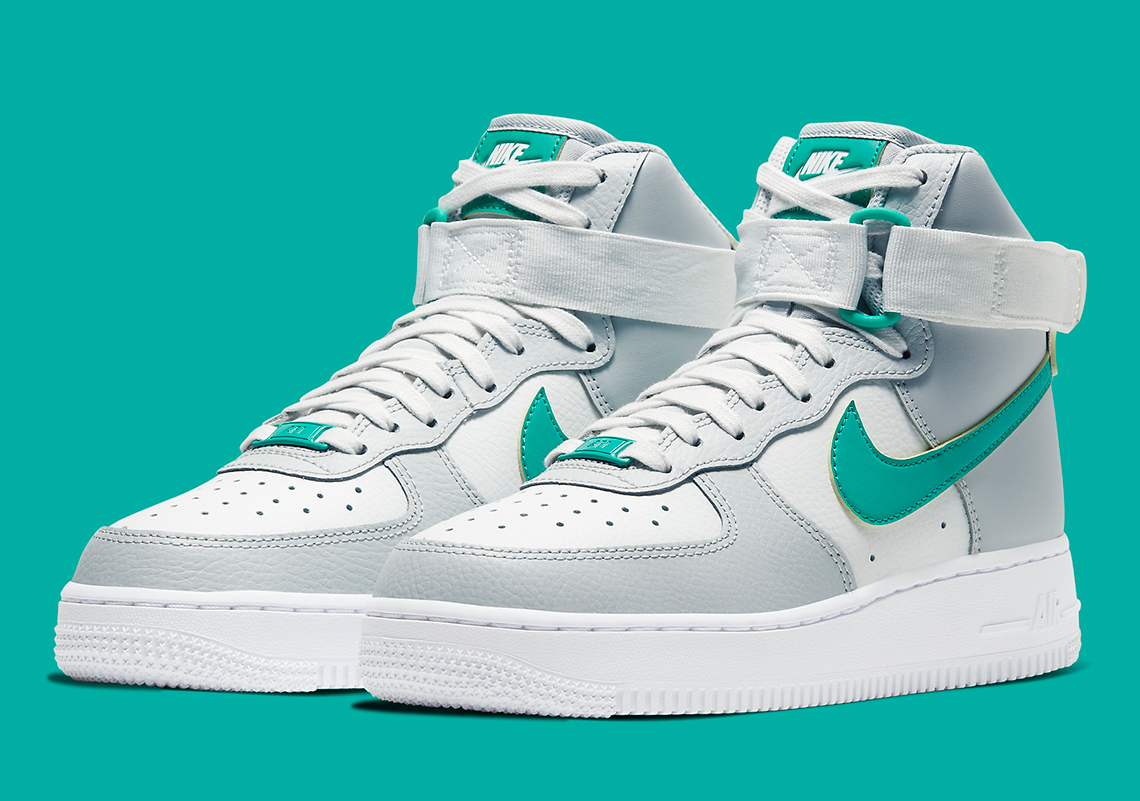 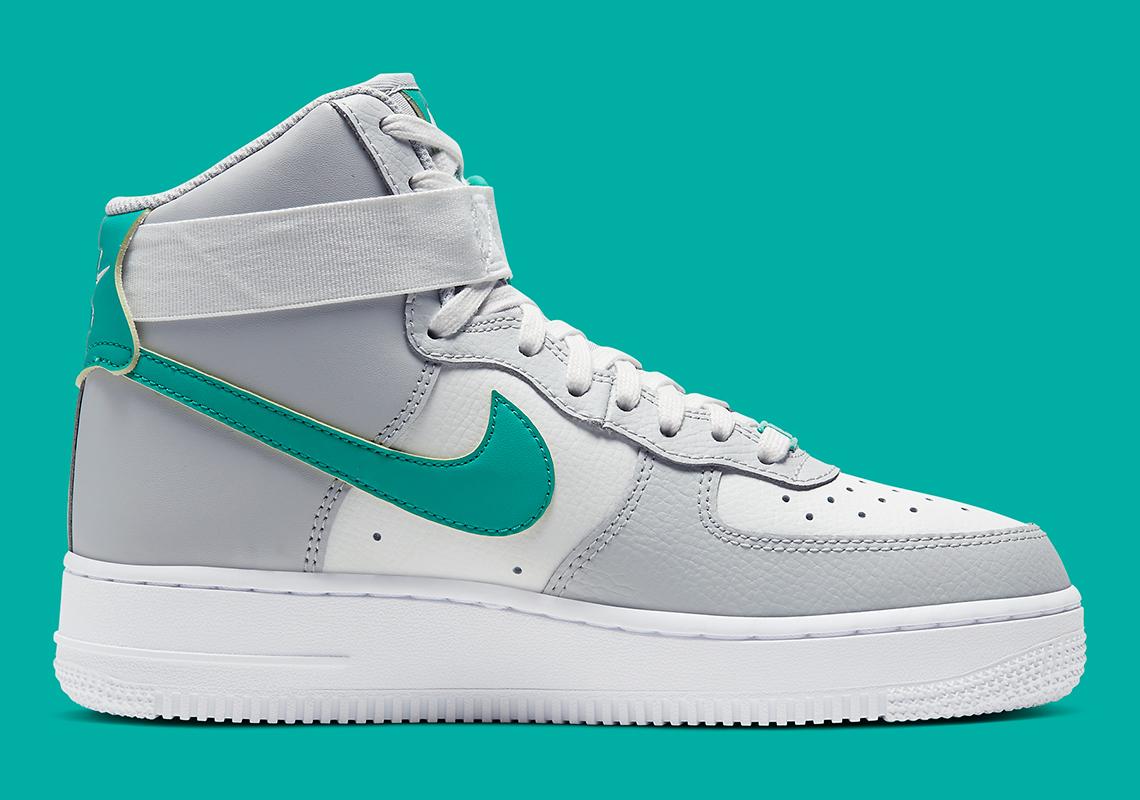 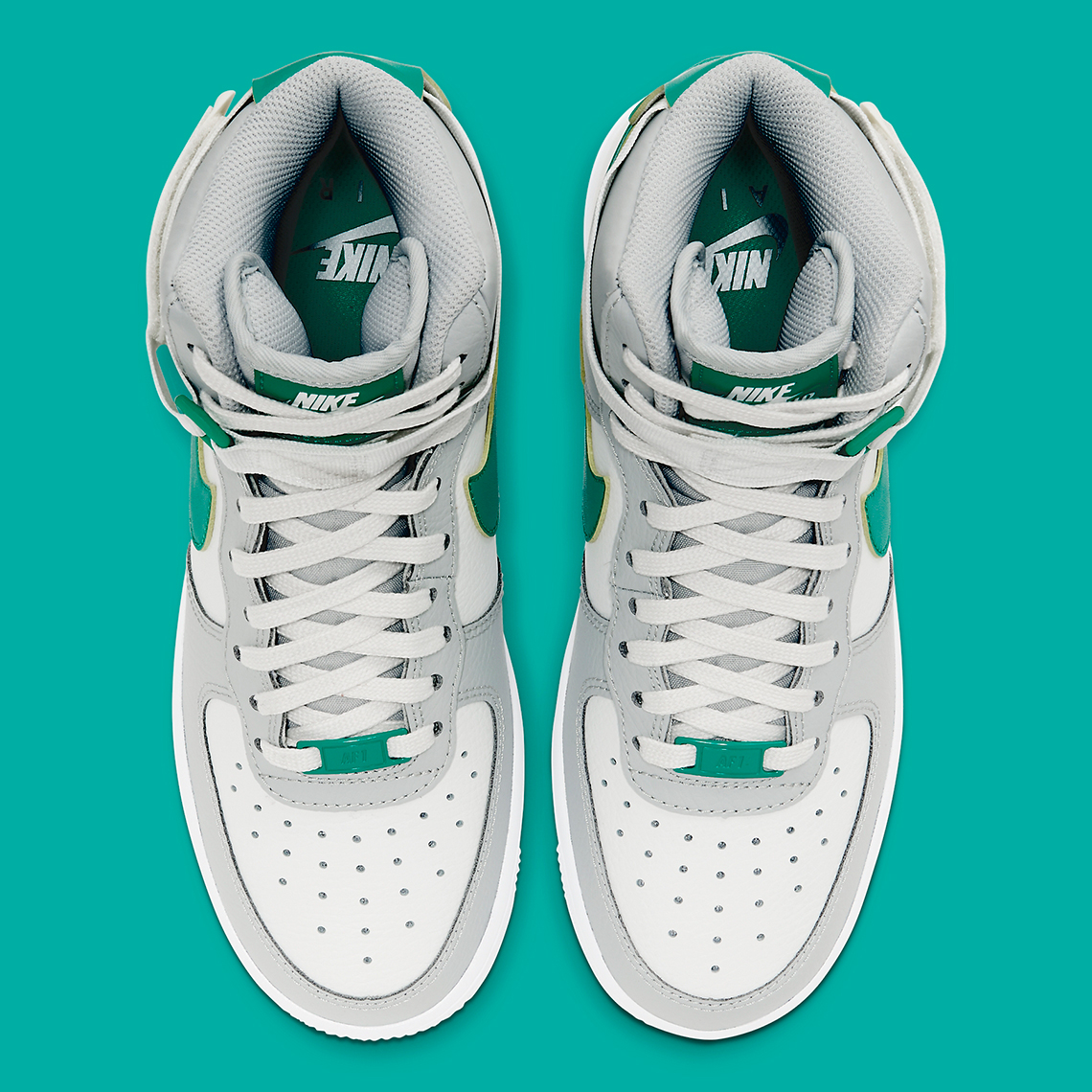 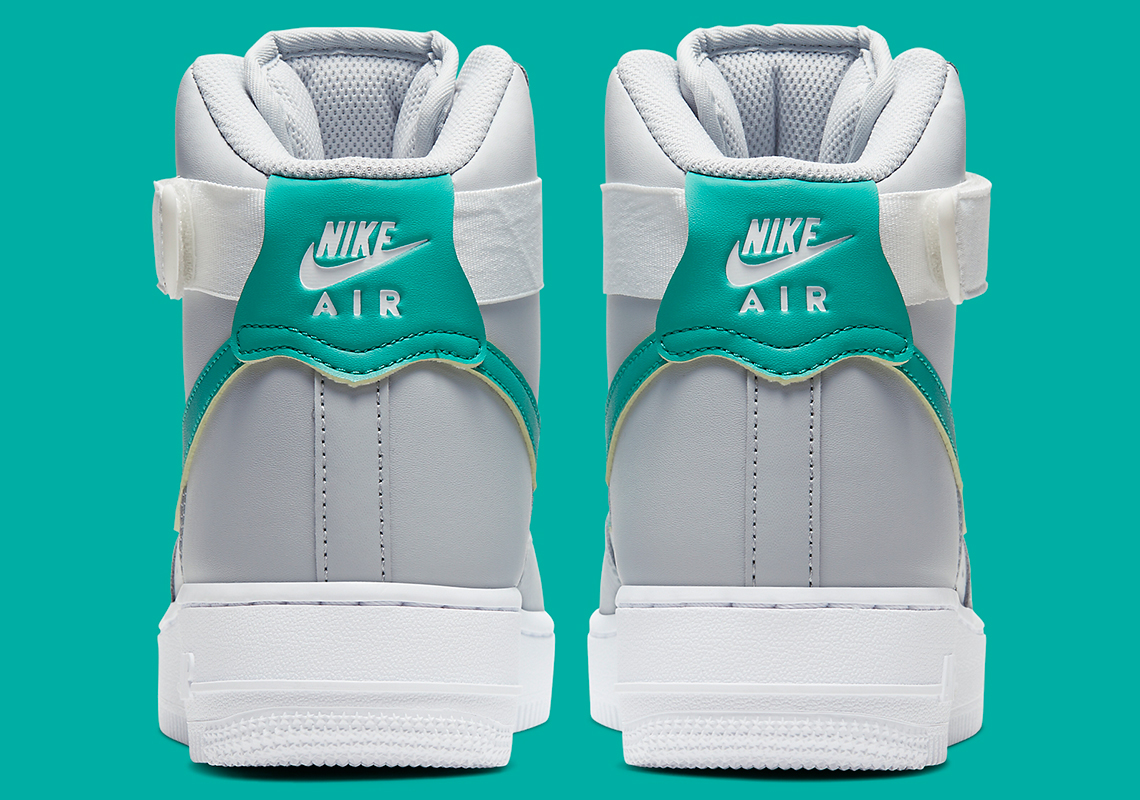 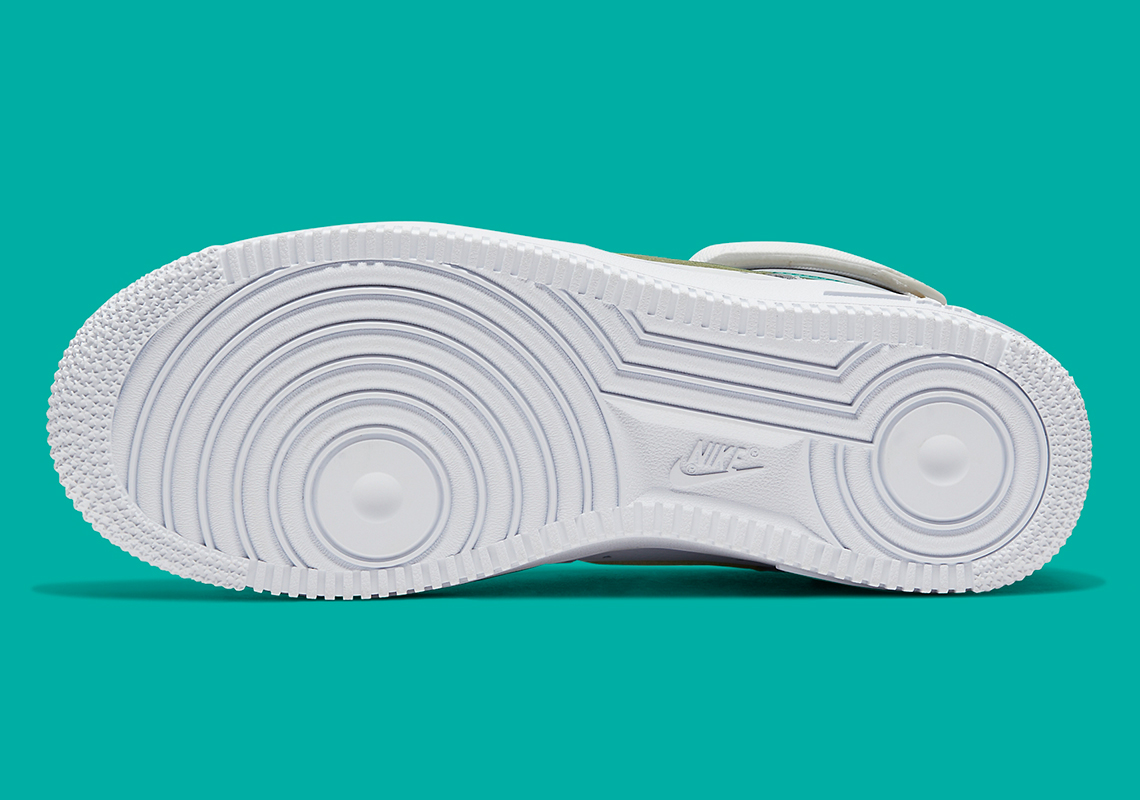