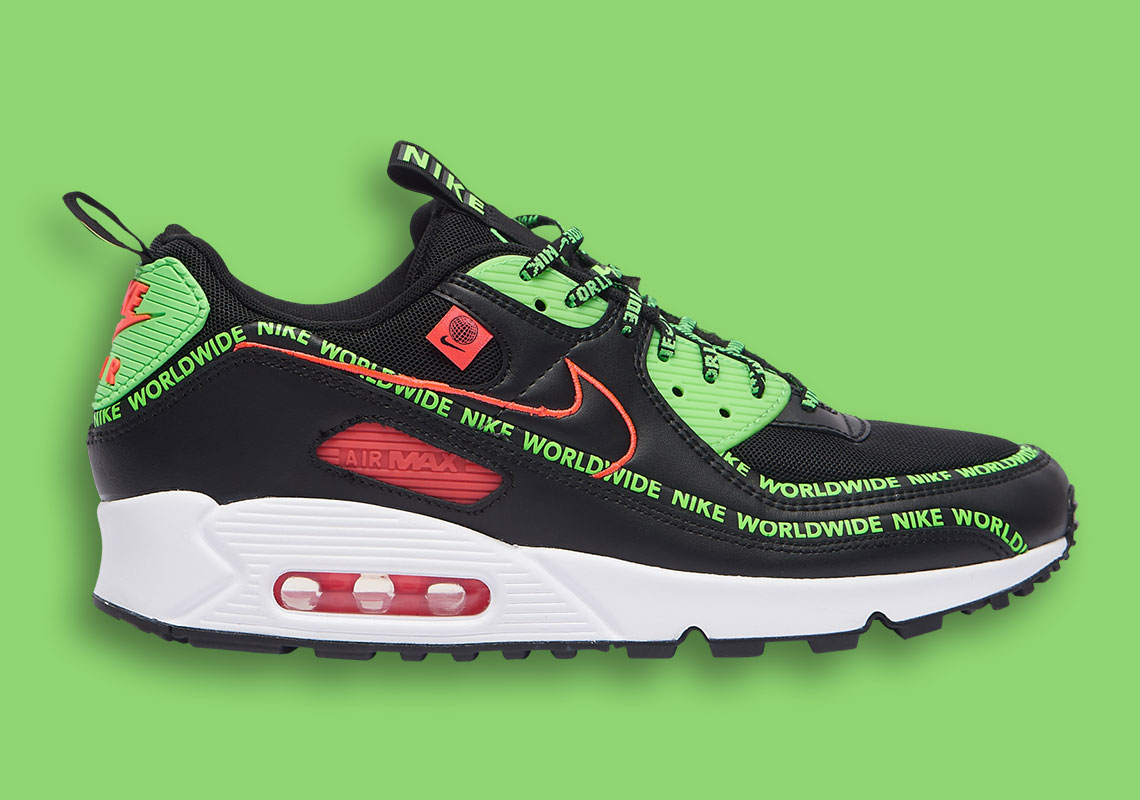 From the Chinese New Year 2020 celebrations, to the upcoming Tokyo Olympics, to the first NBA game in Paris, there sure is a decent amount of globally-focused occurrences this year. So to perhaps commemorate all of these international events, Nike is fashioning their classic Air Max 90 silhouette with a new makeover that we’re dubbing the “Worldwide” rendition. Falling against its black backdrop that makes up a majority of its base, comes extra vibrant hits of neon orange and green accents placed in various regions of the shoe. The latter is the most potent as its slimy hues take over the “Worldwide” texts that sprawl in almost ticker-like fashion along the upper tapings and shoe laces, as well as the eyestays and heel blocks. The orange doses, although used more sparingly, still arrive in key areas as they outline the customary mid-foot Swoosh logos/window panels, as well as the heel branding and visible Air unit down below. In addition, Nike branding also gets plastered onto to the tongue and heel tabs, which usually aren’t featured on the lifestyle model. Expect these to be dropping in select Swoosh retailers in the coming weeks, and find a closer look here ahead while you wait on their arrival. 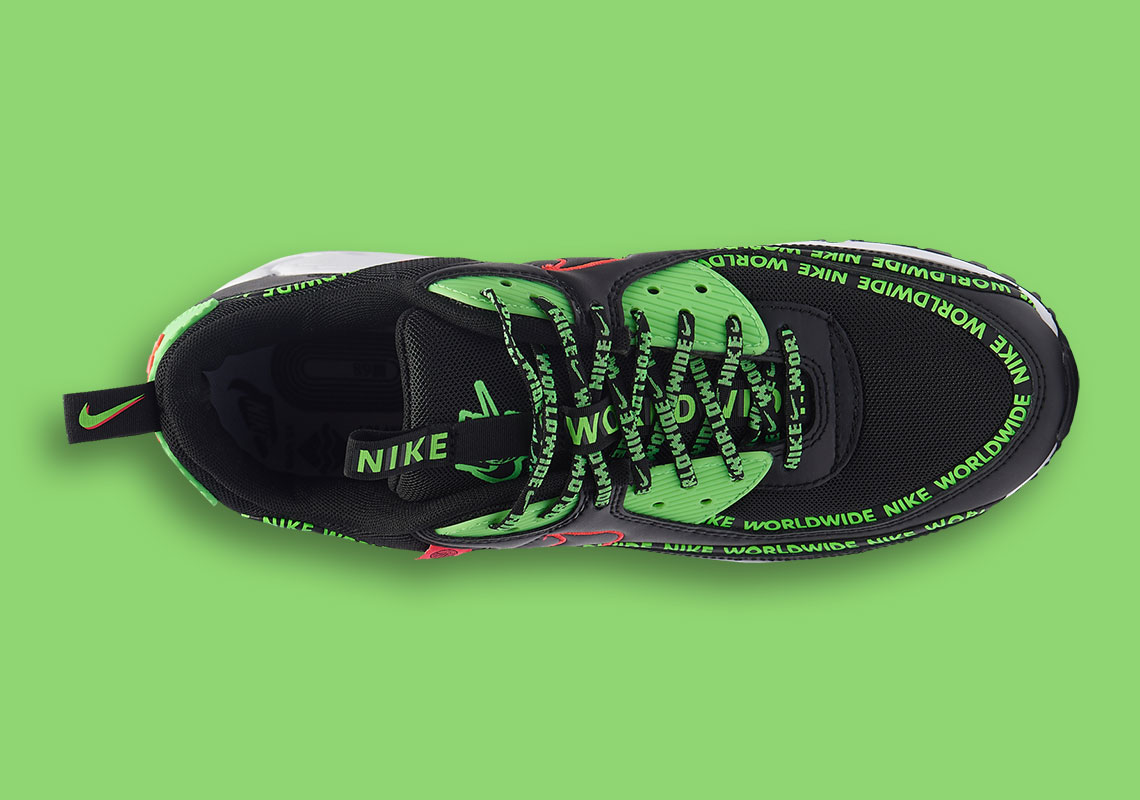 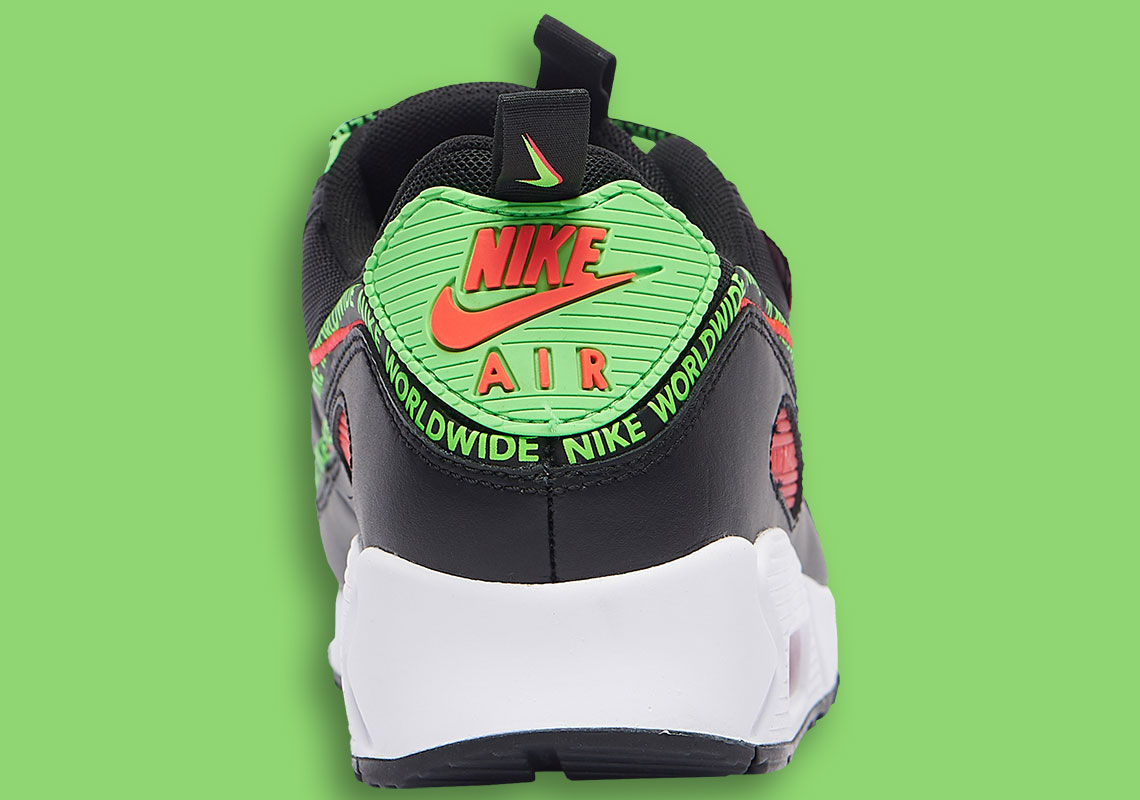 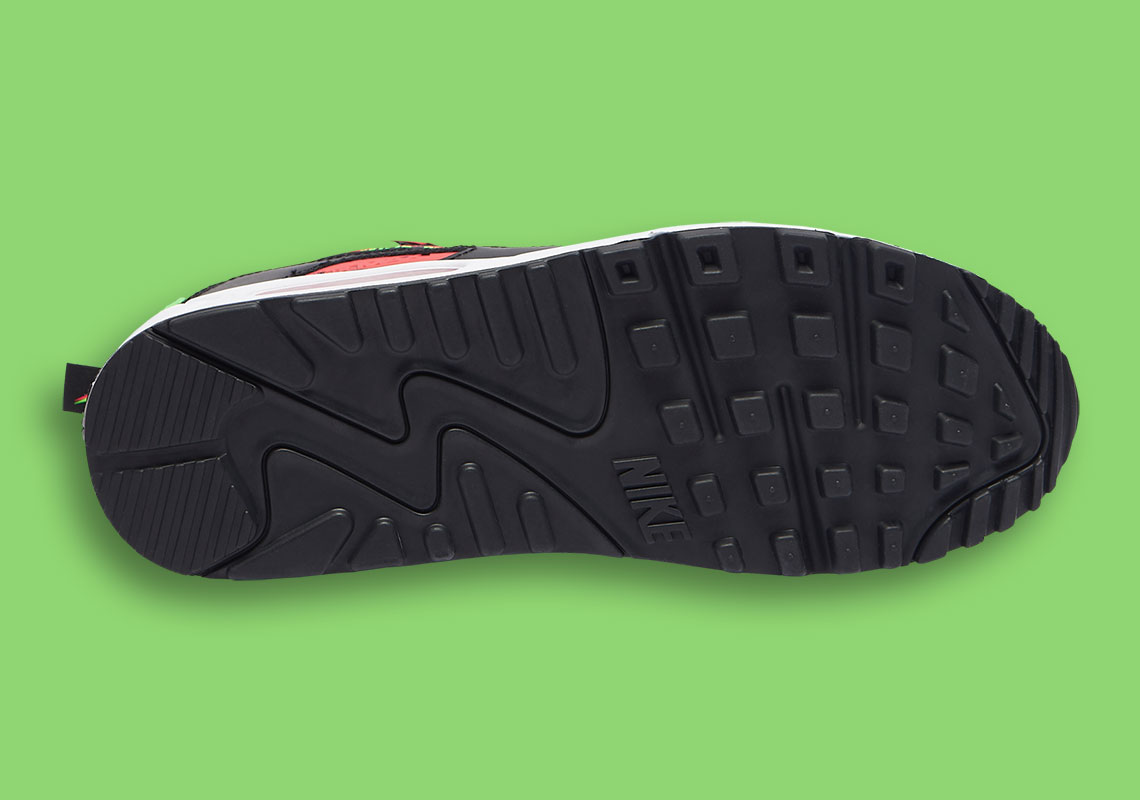