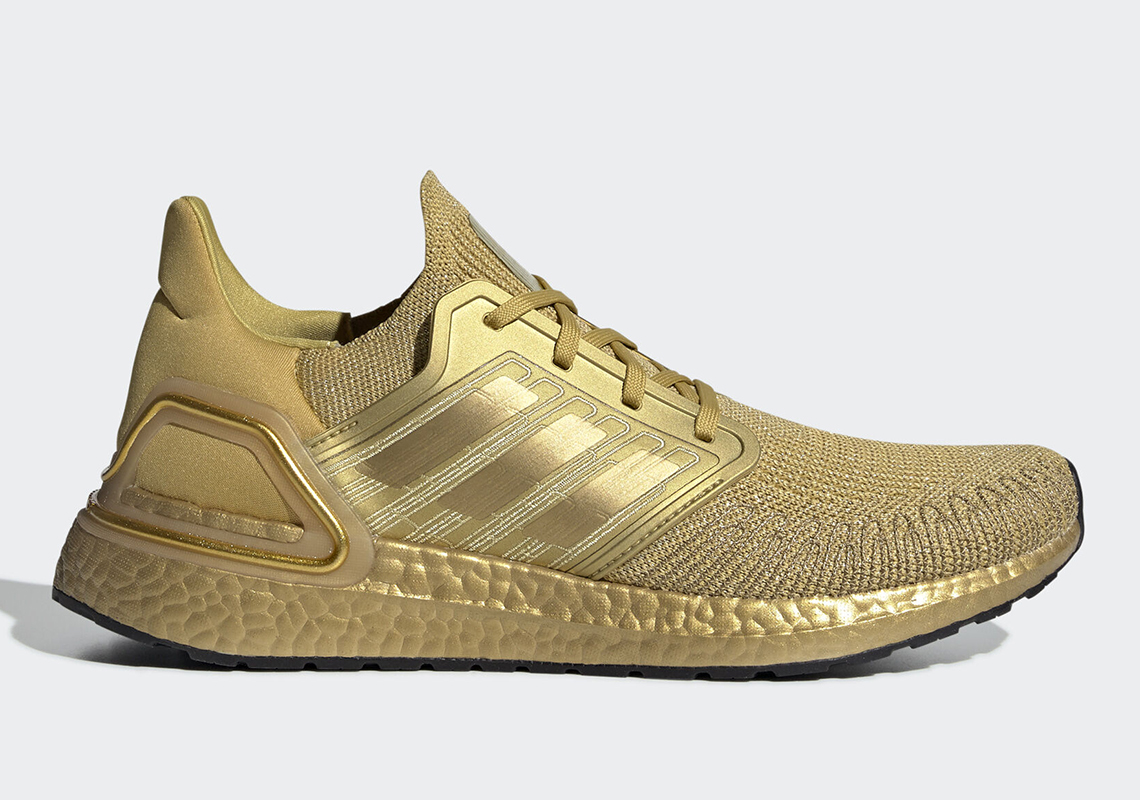 Though the adidas Ultra BOOST 20 is still quite young, it’s already amassed plenty of colorways: some new and in the vein of the ISS National Lab and few akin to past schemes and tried-and-true motifs. The most recent of which, evoking luxury by way of color, is this triple gold creation that only pairs the titular tone with itself. Primeknit weaves are at the brunt of the display still, though, dyeing even its securing threads along the toe box with a complement of a few shades darker. This execution extends onto the profile cages, with Three Stripes lying in contrast, whose backdrop takes on a subtle glimmer thanks to its material — this is also the case for the entire sole unit as well as the piping found on the heel support. Elsewhere, laces and nylon backings brandish in tandem, the latter glittery in a fashion similar to the logo patch at the tongue. Grab a detailed look at these here and expect a release at adidas.com soon. 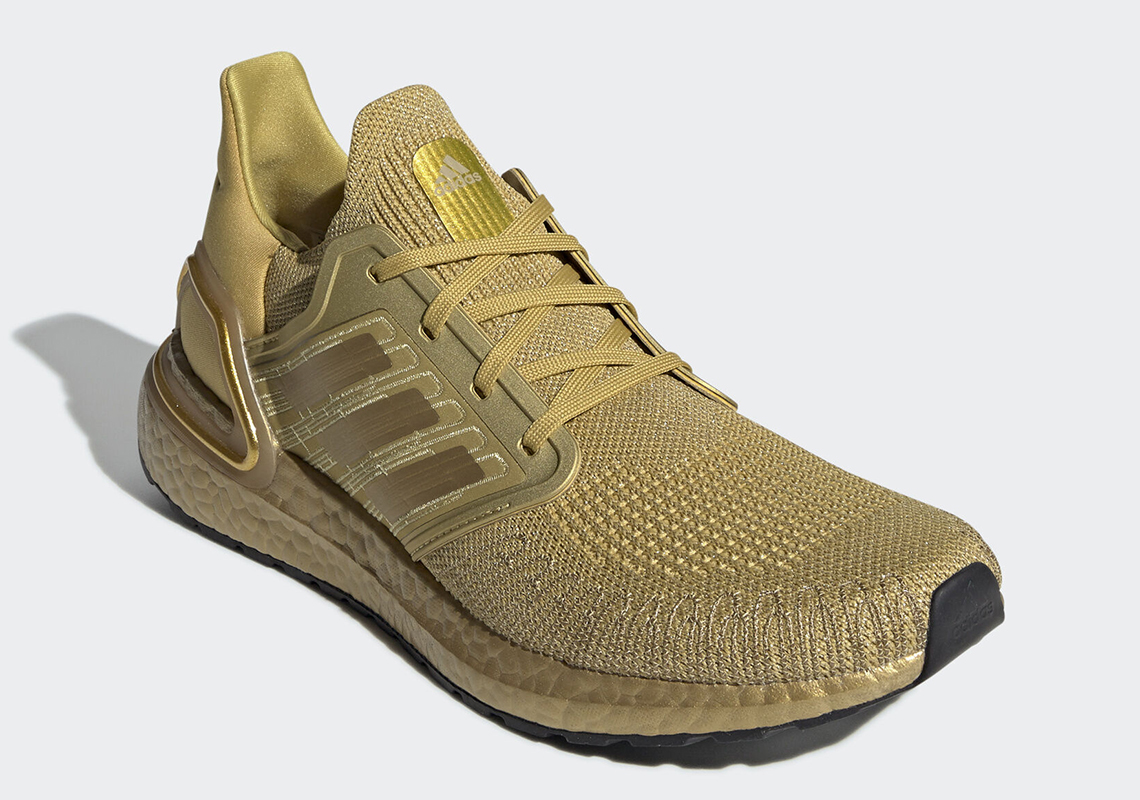 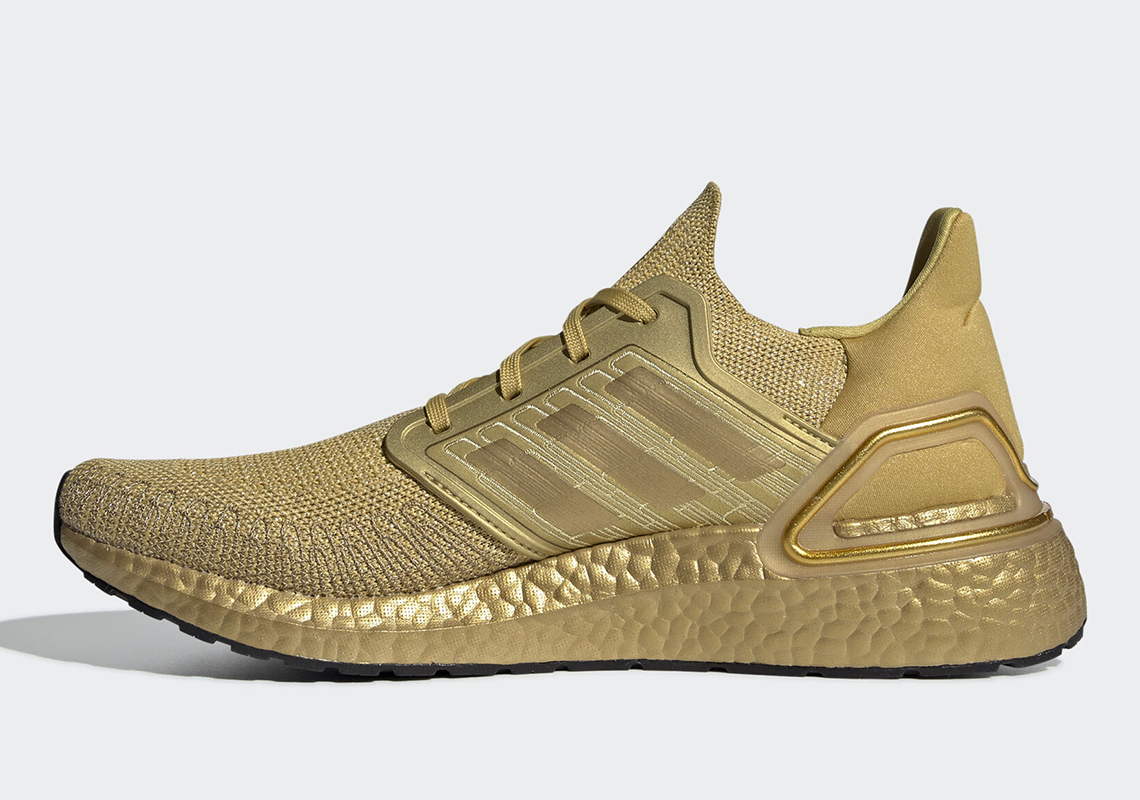 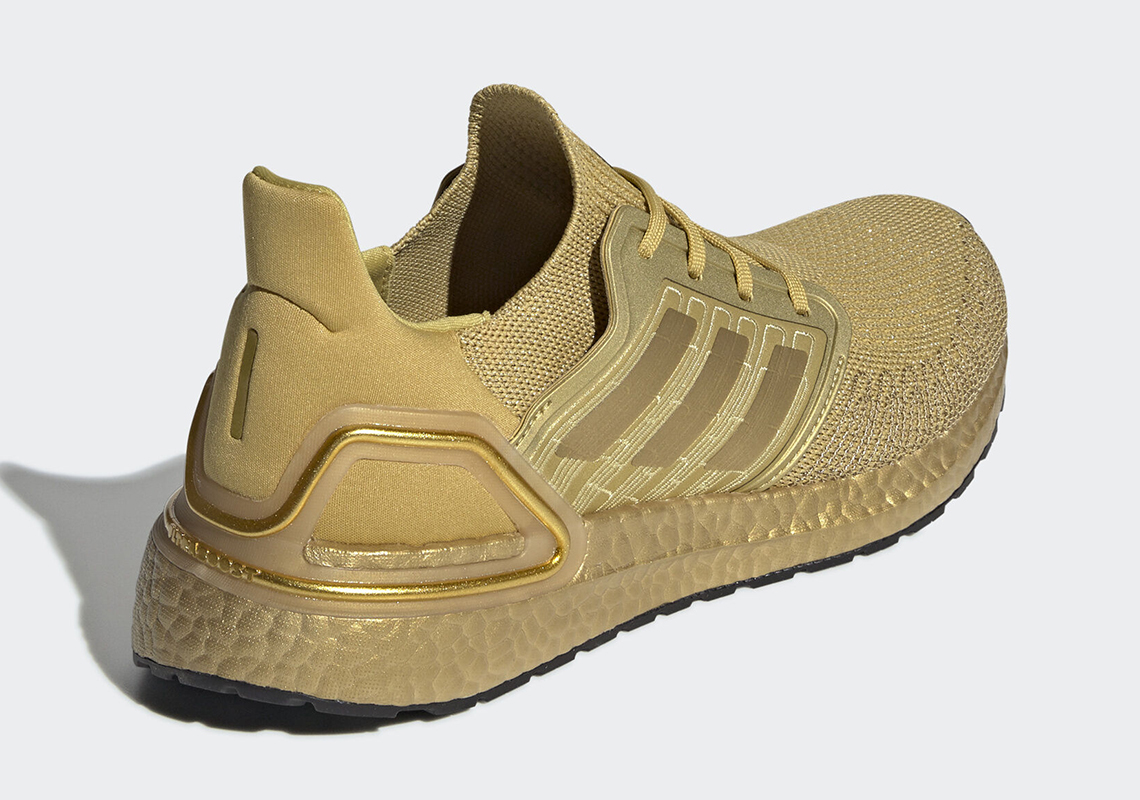 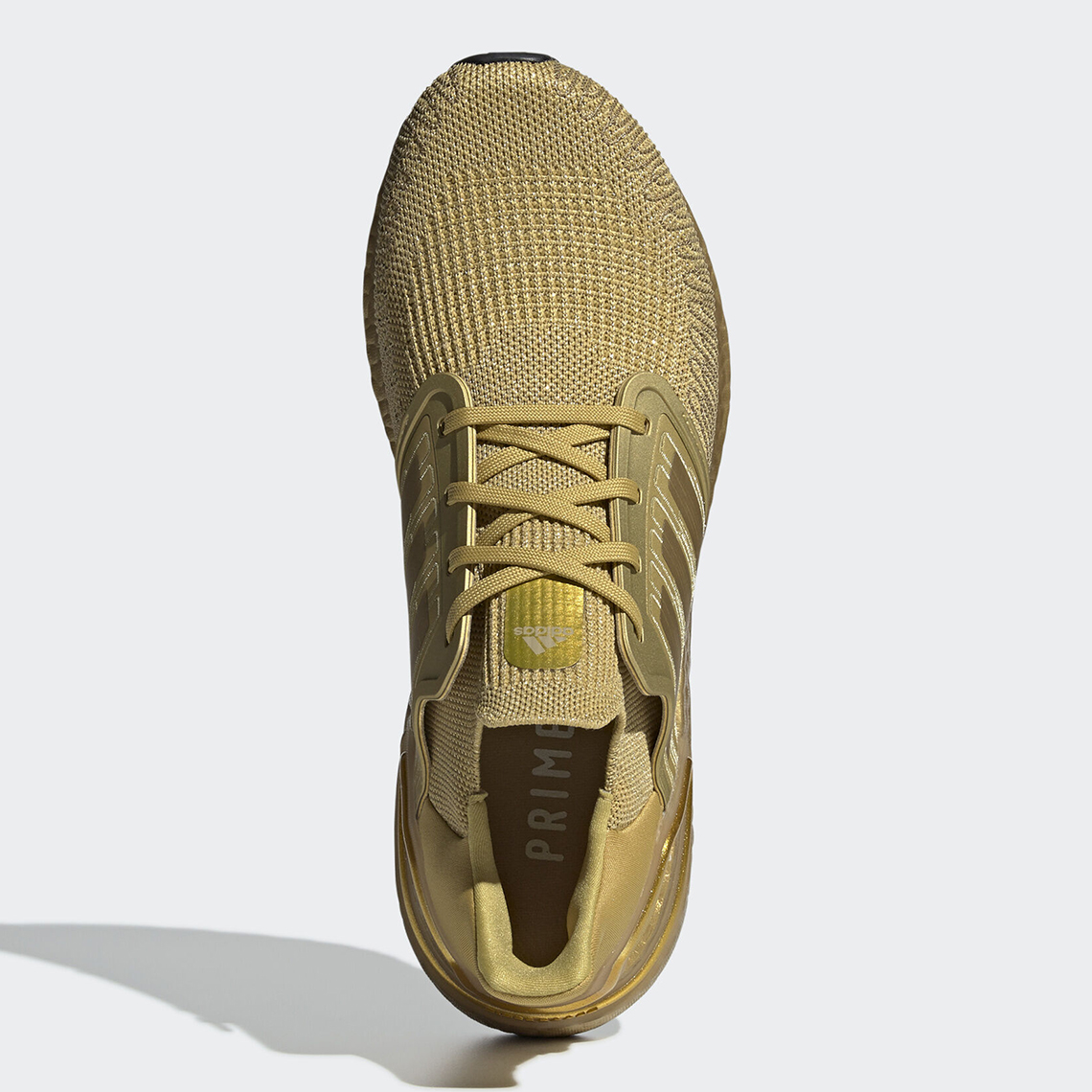 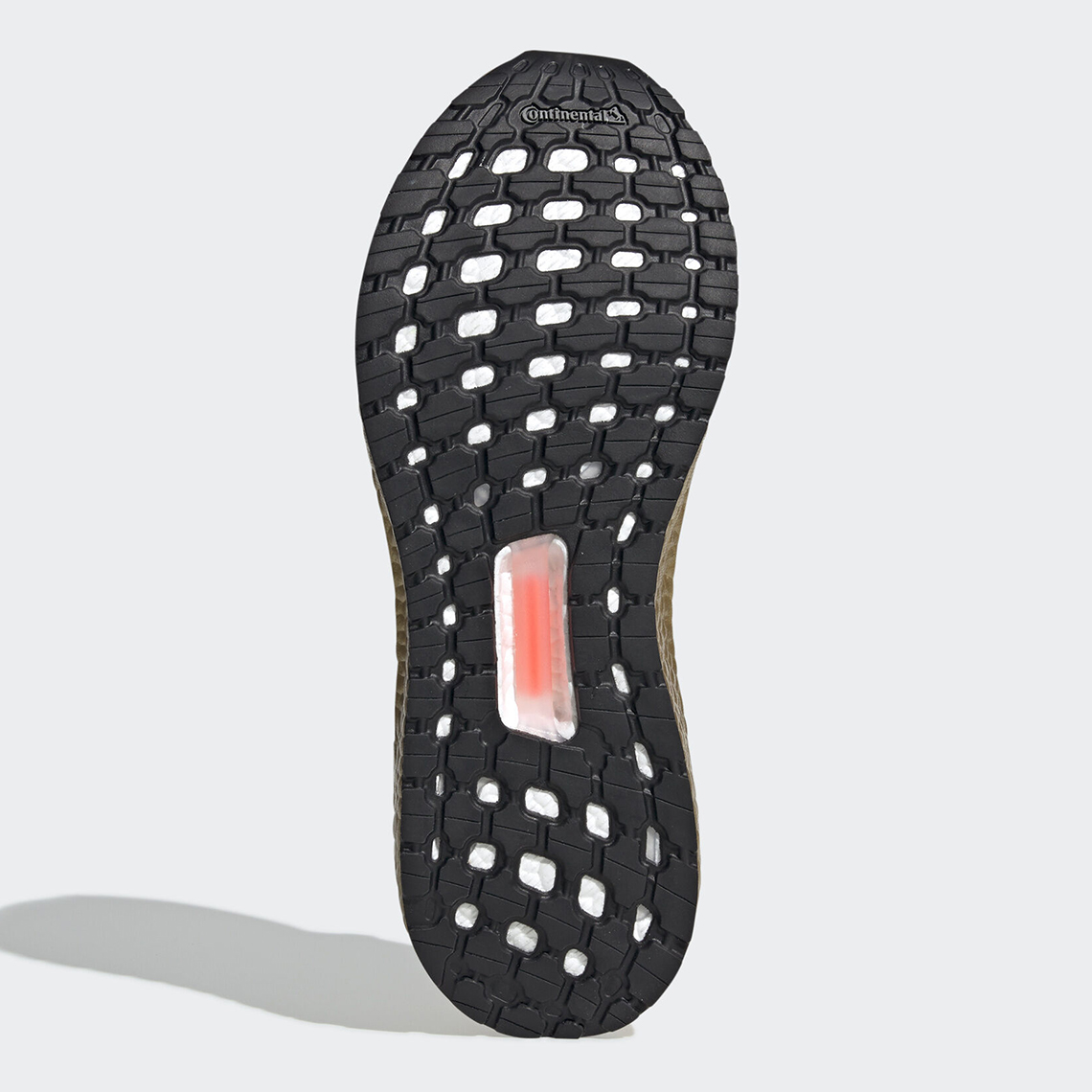